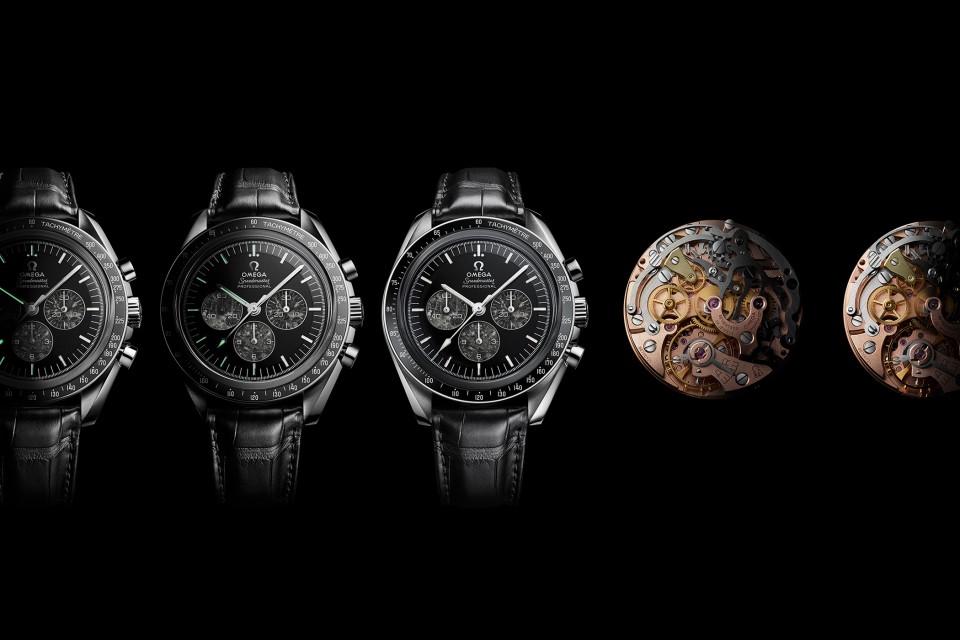 There was a certain lunar theme to this past weekend and with good reason too. If you weren’t aware, this past Sunday marked the 50th anniversary of the Moon Landing – hence the all the moon themed social media posts and the hour long slots off moon discussions taking place on the BBC & ITV (British National broadcasting channels just in case you were wondering). However, the only thing that really piqued our interest on this day, was Omega’s unveiling of the first Speedmaster to feature the new 321 calibre after a five decade hiatus on the 50th anniversary of the moon landing and my goodness it is good!

Back in early January we posted an article about the resurrection of the old Omega calibre 321, which was a derivative of the calibre 27 CHRO 12 calibre developed in 1942. We also noted that all aspects of calibre 321 will be undertaken within a dedicated Calibre 321 workshop. For each movement, the assembly, as well as the watch head and bracelet assembly will be performed by the same watchmaker. That said, Omega hadn’t yet hinted at which pieces will utilise this new calibre 321 movement. Well, on Sunday, the 50th anniversary of the lunar landing, Omega revealed the all platinum Speedmaster that will house this legendary movement.

To mark the 50th anniversary of the first lunar landing, Omega have taken the opportunity of announcing this new Moonwatch at the very moment Neil Armstrong step foot on the moon. The 42mm brushed and polished case takes design cues of the Speedmaster 105.022, with an asymmetrical 4th generation Speedmaster case with twisted/bombe lugs. However, the detail that will perhaps interest most is the use of a special platinum alloy with use of gold (Pt950Au20). While unusual, this Speedmaster is still most definitely a Moonwatch.

The dial on this most likely commemorative Speedmaster features a rather fitting step dial (something we’ve seen Omega use quite a bit recently), which is formed from onyx, with a deep black tone that compliments the other materials, including the 18-carat white-gold for the indices and hands – with the exception for the central chronograph seconds hand. Another very notable feature of the new timepiece is the three meteorite sub-dials, that has been stated by Omega to be real slices of moon meteorite.

Of course, on display is through the sapphire case back is the resurrected calibre 321 movement, which for us was absolutely huge news to receive at the beginning of this year. While it is great that this movement has returned (albeit it in precious metal), it will be interesting to see what Omega plans to also case this movement in, in the future – i.e. Steel? While there’s no firm numbers as yet with regards to how many will be made, the fact the Omega will be producing less than 2000 321 calibre movements a year is rather telling.

This new Platinum Speedmaster Moonwatch as mentioned is most likely limited, however we will update this once confirmed and will retail for £45,000, and will be available to purchase at the end of 2019. For more information on this new 321 calibre Platinum Speedmaster Professional Moonwatch, visit the official Omega website.