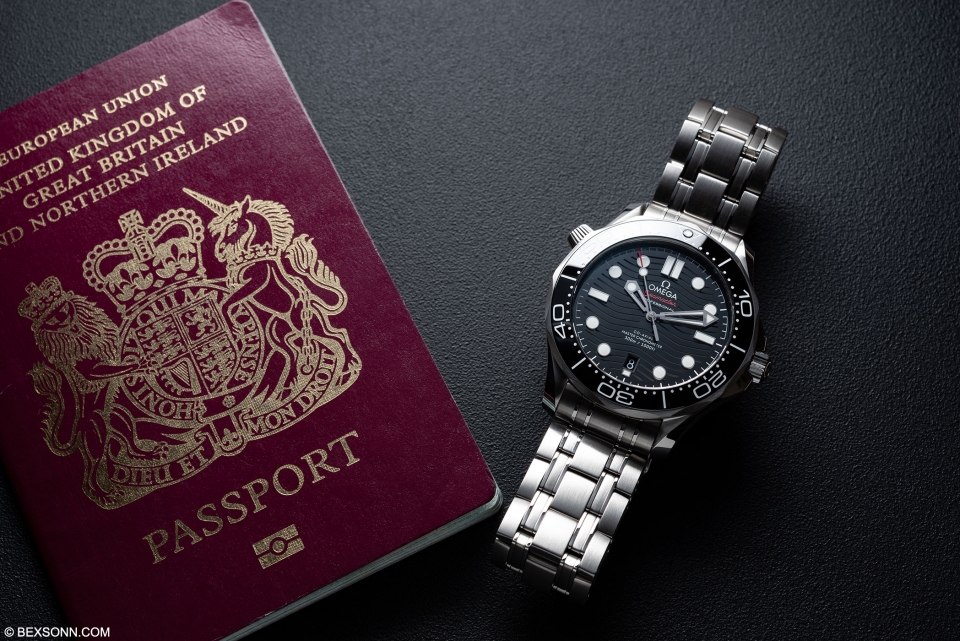 Over the past couple of years Omega have spoilt us with some gems from yesteryear and they have continued this trend this year too with the Seamaster 1948 Limited Editions. But perhaps one piece we didn’t quite expect was this new Seamaster Diver 300, a watch that became synonymous with secret British MI6 007 agent, James Bond. I fondly remember first seeing the Diver 300 on the wrist of the then James Bond actor, Pierce Brosnan, in Golden Eye. When friend turned foe, actor Sean Bean, who plays Alec Trevelyan asks for his watch and notices the fact James’ watch is the newer version to his in the closing scenes. 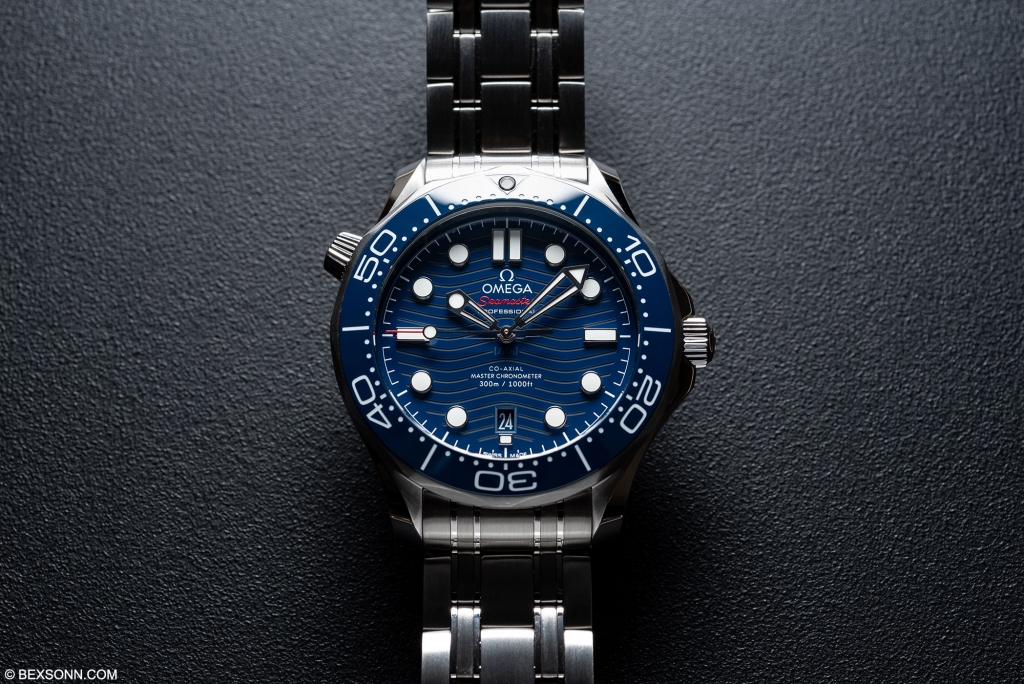 Since 1993, the Seamaster Professional Diver 300M has enjoyed quite the following, perhaps even more so than the revered Speedmaster. Loved for its design and ocean technology, the original timepiece signalled Omega’s triumphant return to the world of diving watches and also ignited the brand’s long-standing partnership with James Bond. To celebrate this 25-year-old partnership, Omega introduced a bold new collection that incorporates the new with the old. This complete facelift of this famous watch, was unveiled with no less than 14 unique models, including 6 in stainless steel and 8 in a mix of stainless steel and gold. 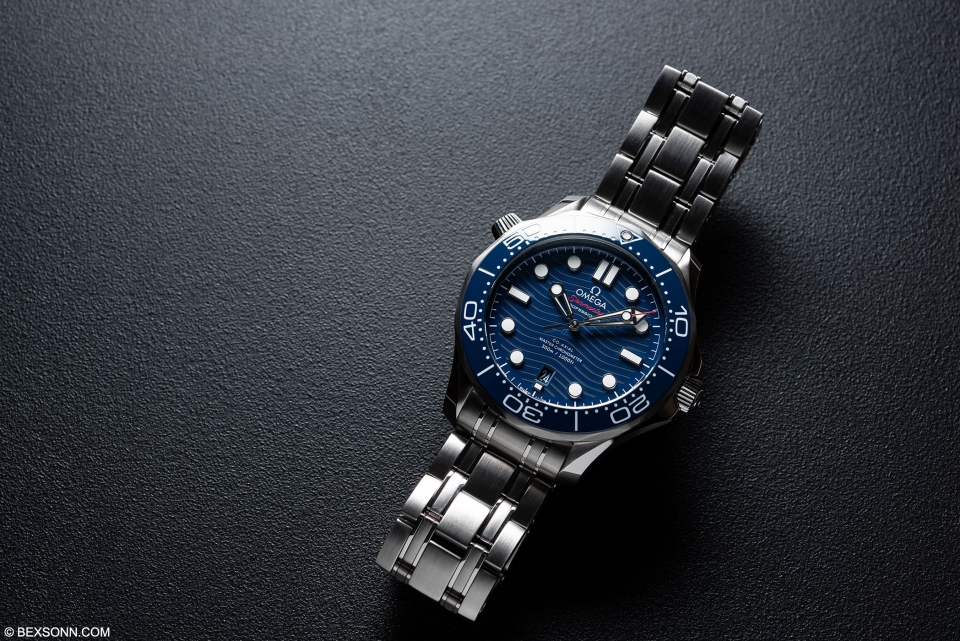 This new Seamaster Diver 300M now features a slightly upsized case, which now measures 42mm instead of the 41mm that we’ve seen in the past. I know, I know, some will ask why but to be honest the change doesn’t have that much of an impact – plus it is pretty much in-keeping with the current trend of dive watches too.

Every detail of the outward design has also been rethought, including the now iconic diving bezel, which is now made from ceramic with the diving scale in Ceragold or white enamel – of course for durability reasons. The dials are also made from polished ceramic and are available in black, blue or PVD chrome colour. Most notably, Omega has reintroduced the wavy pattern, which has been laser-engraved, a trait that was a popular feature of the original design. 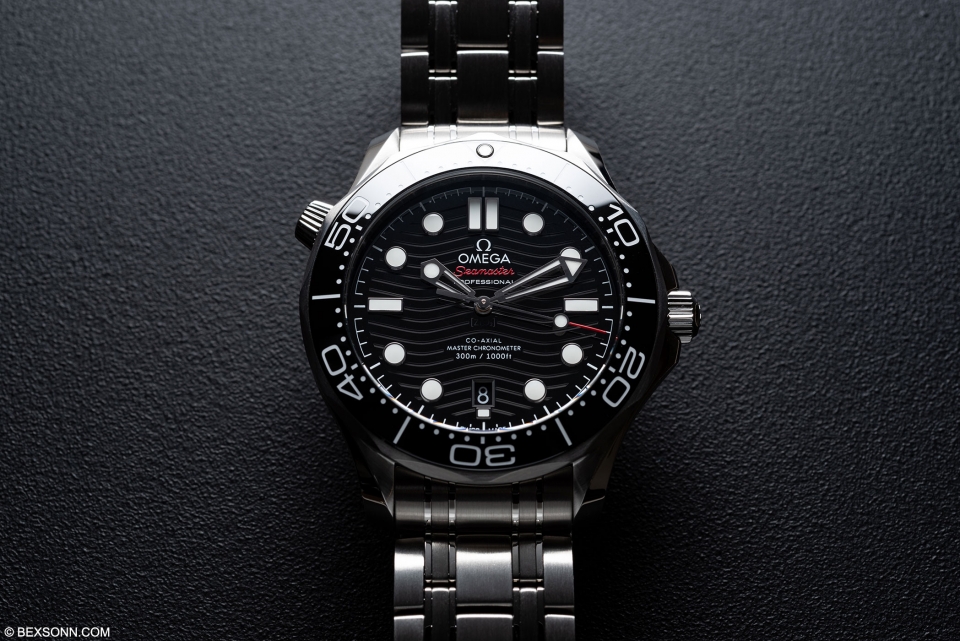 All indexes have been raised and filled with Super-LumiNova and to keep track of the days, the date window is now displayed at 6 o’clock instead of 3 o’clock. Even the skeleton hands have been subtly reshaped, which fans of the model will surely notice. One of the Diver 300M’s most often talked about details has been its helium escape valve. For the new models, the valve has been given a conical shape, which has been patented by Omega with an ingenious technology that allows it to be operated underwater. 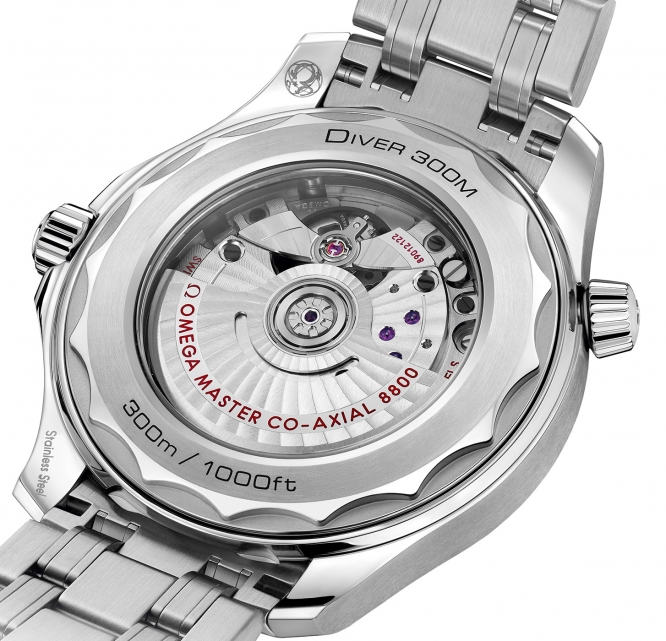 Turning the watch over reveals a wave-patterned edge on the caseback, as well as sapphire crystal, through which you can see the METAS-approved movement. In-keeping with Omega’s new calibre approval process, each new Diver 300M has been given a Master Chronometer Calibre 8800, which of course instantly improves the precision, performance and magnetic resistance of the Diver 300M. 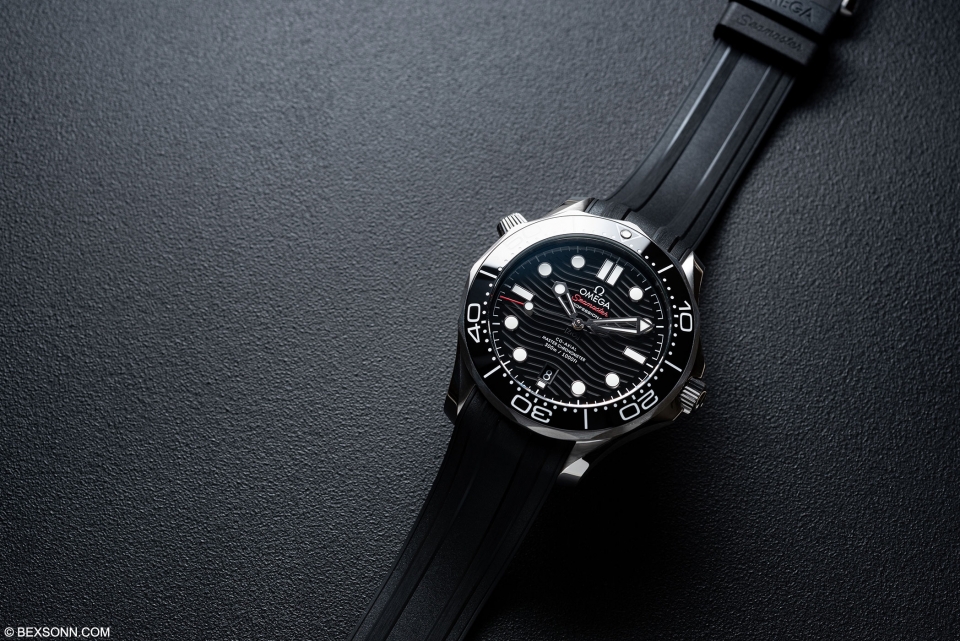 Finally, each model is presented on a traditional iconic metal bracelet or an integrated black or blue rubber strap. The metal bracelets feature a new ergonomic design and have been closely integrated to the case. They also include OMEGA’s patented extendable foldover rack-and-pusher with a helpful diver extension.

The new Omega Seamaster Professional Diver 300m is available as mentioned in stainless steel, steel and gold, with a choice of a rubber or steel bracelet, and a limited edition of 2500 made from Titanium Tantalum and Sedna gold. These will retail for £3,600 (£3,520 on rubber), £7,200 (£4,800 on rubber) and £9,600 respectively. For more information on this new piece, visit the official Omega website. 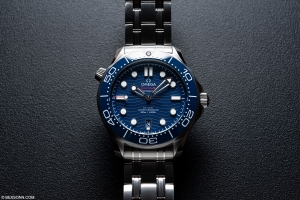 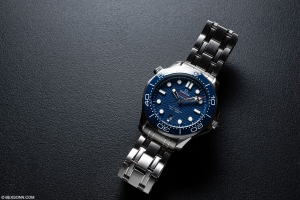 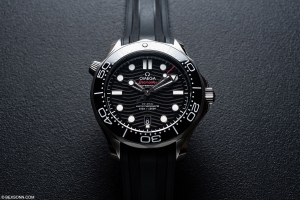 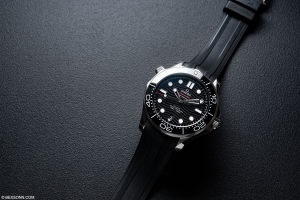 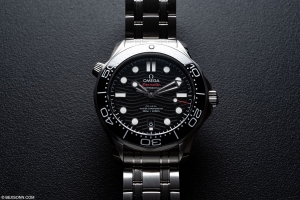 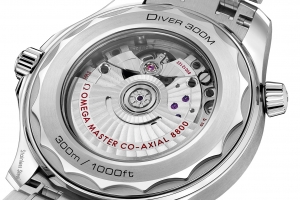 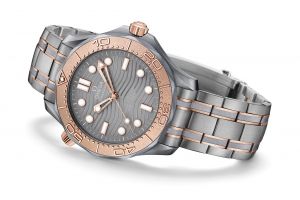