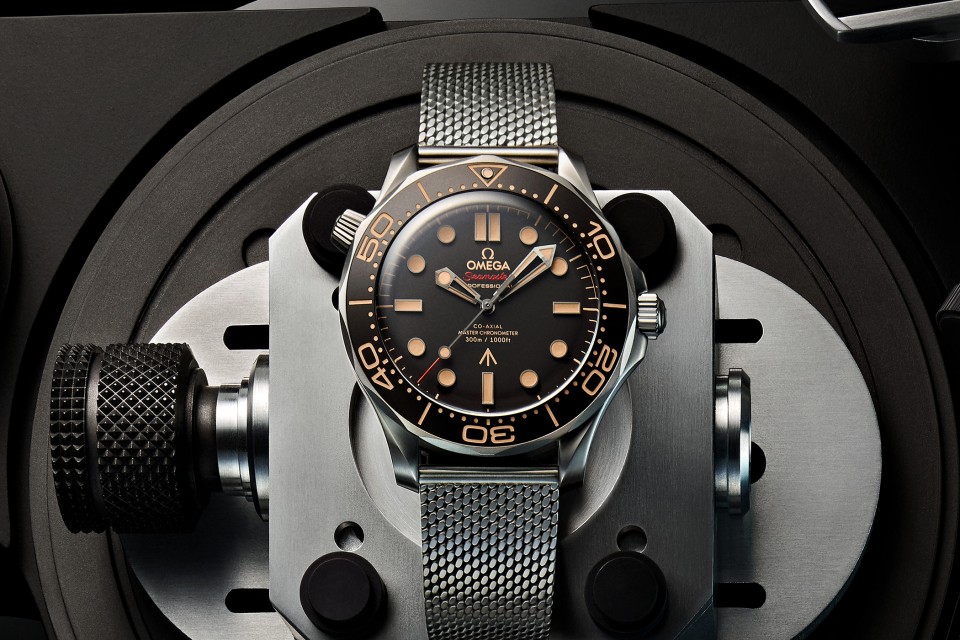 Over the last few years Omega have spoilt us with some gems from yesteryear and they have continued this trend this year too with the Speedmaster Apollo XI 50th Anniversary. But perhaps one piece we didn’t quite expect was this new 007 Seamaster Diver 300, a watch that became synonymous with secret British MI6 007 agent, James Bond. I fondly remember first seeing the Diver 300 on the wrist of the then James Bond actor, Pierce Brosnan, in Golden Eye. When friend turned foe, actor Sean Bean, who plays Alec Trevelyan asks for his watch and notices the fact James’ watch is the newer version to his in the closing scenes.

Since 1993, the Seamaster Professional Diver 300M has enjoyed quite the following, perhaps even more so than the revered Speedmaster. Loved for its design and ocean technology, the original timepiece signalled Omega’s triumphant return to the world of diving watches and also ignited the brand’s long-standing partnership with James Bond. To celebrate this 25th James Bond film, No Time To Die, which is set to arrive in cinemas in April 2020 – Omega have unveiled 007’s newest timepiece that will feature in the latest 007 film.

This new Seamaster Diver 300M 007 Edition features a 42 mm case that has been entirely crafted from grade 2 titanium, which has also been used for the Milanese bracelet. As you’ll likely know titanium is both sturdy and lightweight, which affords rather stealth like qualities – something I’m sure suits the very nature of a secret Mi6 agent. Perhaps something that isn’t easily noticeable is the special new doming of the sapphire-crystal glass has also created a slightly slimmer watch than the standard Seamaster Diver 300M models.

The iconic diving bezel unlike the standard SM300 007 Edition is made from aluminium and has a diving scale in in a creamy faux patina hue. For the dial, Omega have chosen to go with an aluminium dial, with a colour that replicates the aged brown hue that certain vintage dials turn over time. This colour tone is referred to by collectors as “tropical”. However, I think what stands out here in the dial and bezel is the fact that both feature a beaded matte-like finish and there is a distinct absence of a date aperture. Though, for me personally I think the broad arrow military designation doesn’t quite work, as these were fitted to much earlier Omega military watches and I think an encircled T would’ve looked more at home – but that’s just my humble opinion.

Turning the watch over reveals a series of numbers, which follow the format for genuine military-issue watches. “0552” is a naval code-number, with “923 7697” being the number for a divers’ watch. The letter “A” signifies a watch with a screw-in crown, while “007” is, of course, James Bond’s iconic agent number. Finally, the number “62” refers to the year of the very first James Bond film. Beneath this nostalgic caseback is the Omega Co-Axial Master Chronometer Calibre 8806.

The new Omega Seamaster Professional Diver 300m 007 Edition is exclusively only available in titanium, however, Omega have noted that it’s not limited. This will retail for £7,390 on the bracelet and £6,520 on a NATO strap. For more information on this new piece, visit the official Omega website.