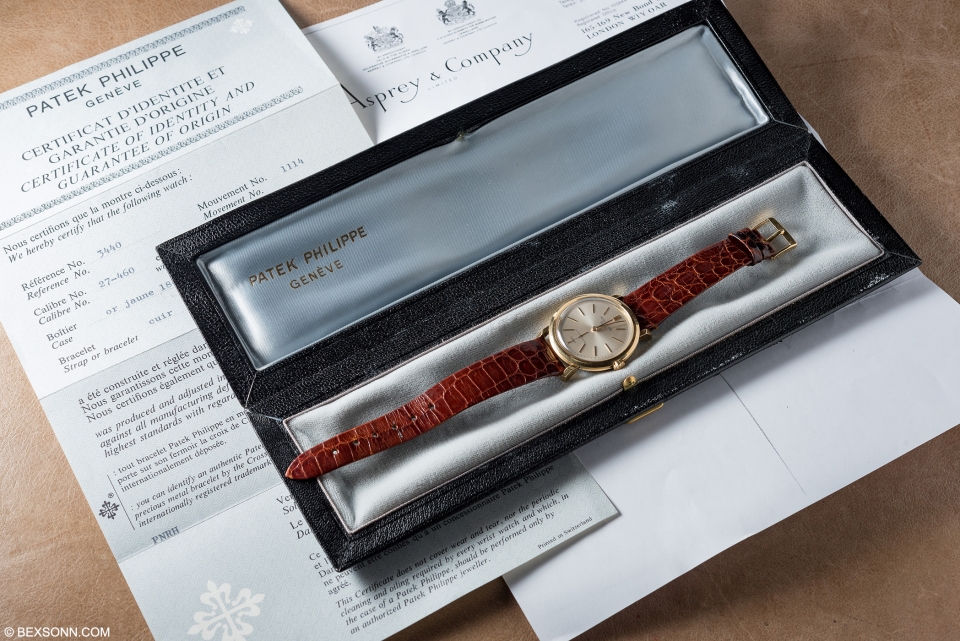 In the famous Burlington arcade, one senses that things aren’t what they used to be. A glamorous runway paved intricately in stone and marble that connects Piccadilly to Bond Street, it has been an institution of British shopping for nearly 200 years famous for antique jewellery and timepieces. You never quite know what you could find strolling through, with the walkway dotted with pedestrians peering through store windows to look at the selection. This was what gave Burlington Arcade a sense of intrigue, that all kinds of valuable curios could be found if one looked hard enough, an upmarket treasure hunt of sorts.

Making your way through the arcade today, the sentiment is decidedly different. An air of sterility permeates despite the attempt to pour money into refurbishment, with old jewellers slowly being muscled out by large fashion corporations with big money to spend. It is clear, that soon enough, the character that so typified Burlington Arcade will dissipate into the air to make way for a money-laden, predictable shopping mall. 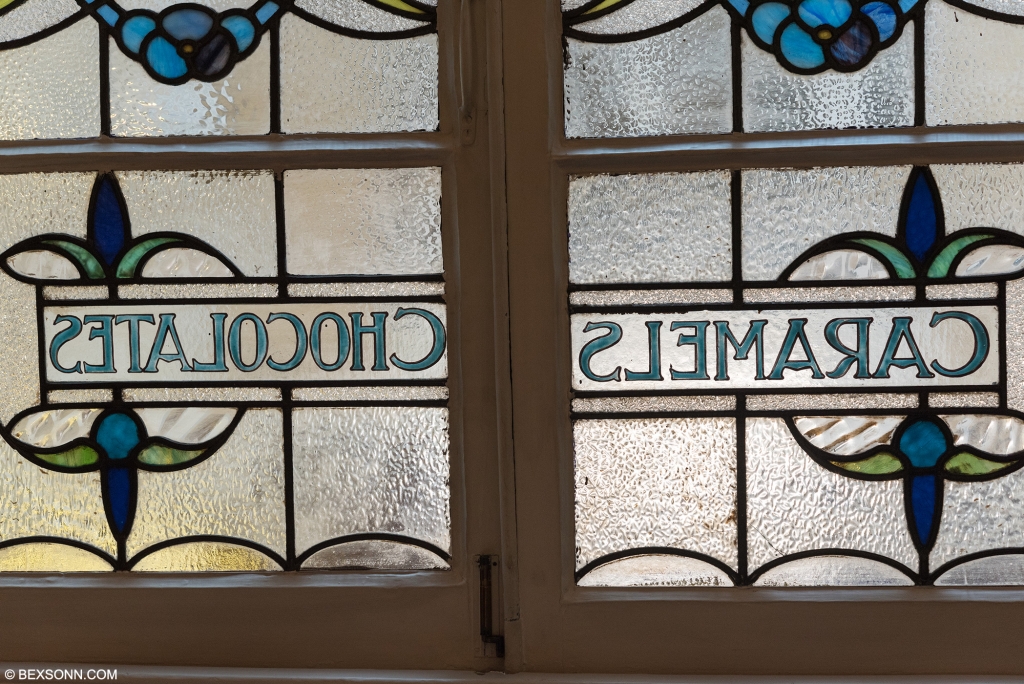 There is, though, one last bastion of the old days. Sitting roughly a quarter into the arcade, the windows still remain lit up with rare vintage watches, reflecting upon a familiar sight of people on the outside stopping to look through the glass. Patek Philippe, Rolex and Tudor wristwatches dominate, sitting proudly upright, illuminated by a warm glow from the soft yellow lights above. Sure, there are other dealers that remain in the arcade, but alongside Somlo Antiques at the corner of the Bond Street entrance, none other represents what Burlington Arcade stands for better than David Duggan Watches. 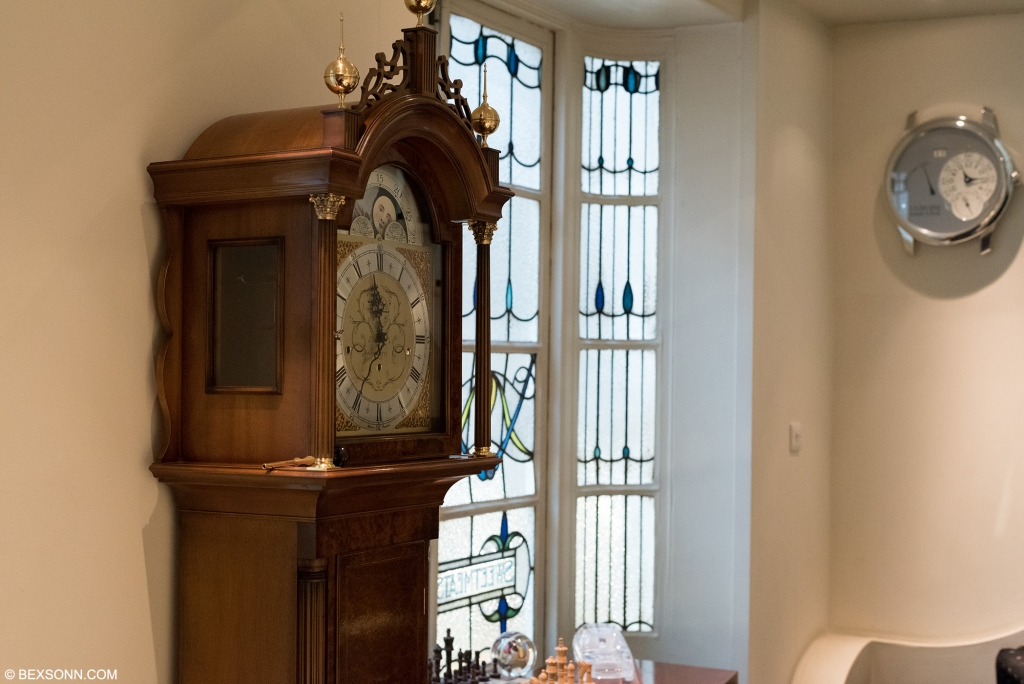 Entering the shop, there is a distinctive old-fashioned quality to the fittings, without a trace of pretension. Carpeted and with wooden furniture, the shop is decorated sporadically with horological ephemera and books. At the top of the stairs, wearing thin-framed glasses and dressed in a dark suit, stands David Duggan, who greets us with kind eyes and a warm smile that I have come only to expect from old friends and family, let alone someone he had recently met on a chance encounter. In his office upstairs, he sits relaxed by his desk, showing us important watches from a 6239 Paul Newman Daytona to a beautiful full-set, double-signed Patek Philippe 3440 made for Asprey. 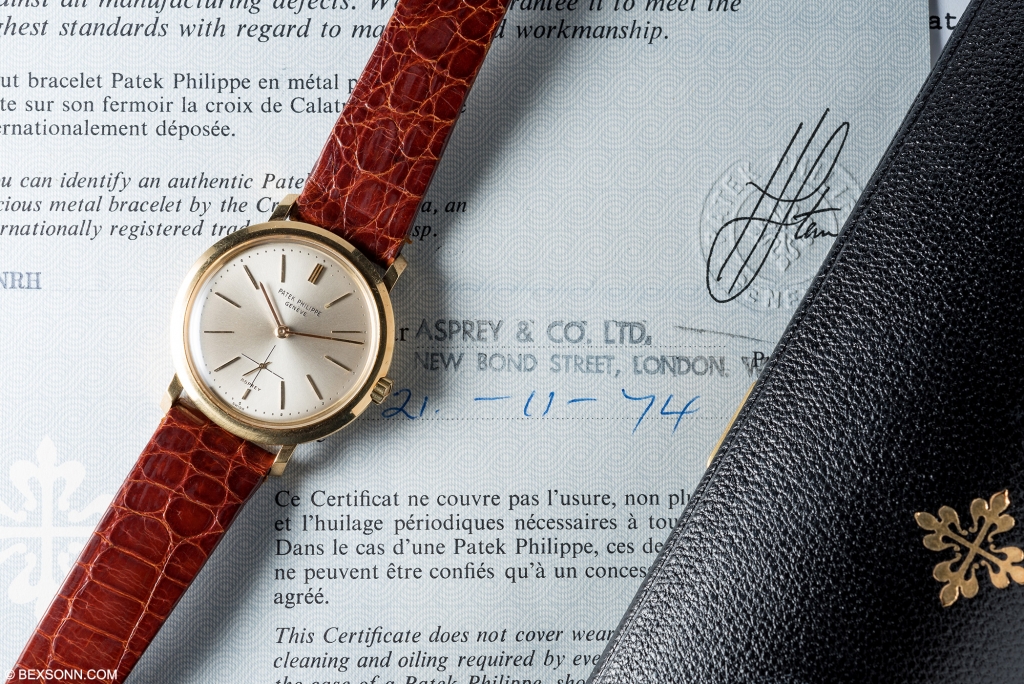 At one point, with several watches on the table he gets called from downstairs and promptly excuses himself, leaving us with perhaps a million pounds worth of watches alone. After a brief moment of shock, I realise it is all fine though, because a small action like that epitomises so much of who David Duggan is, a benevolent man with old-school values built on reputation, integrity and trust.

It all started in 1976, when David joined his brother, who was then a coin-dealer, travelling all over Britain to buy and sell all kinds of valuables – silver and gold coins, miscellaneous chains and trinkets, and the odd pocket watch.

Advertising in the town’s newspaper at the start of the week, they would travel to the town of choice and set up shop during the weekend to buy. Sitting behind two desks, with £20,000 in hand, the dealing began, negotiating with the public and offering prices on the spot. For 6 years David Duggan did this, and what he learnt was immeasurable, especially of dealing with the public.

It wasn’t until 1983, when the coin job went dead, that David left his brother, aged 28, going full-time into wristwatches. It’s important to remember that back then, there were only a handful of vintage watch dealers in London, making David Duggan one of the early ones when he set up shop. Even then, he casually laments ‘I just wish we’d done wristwatches [with my brother], can you imagine!’ 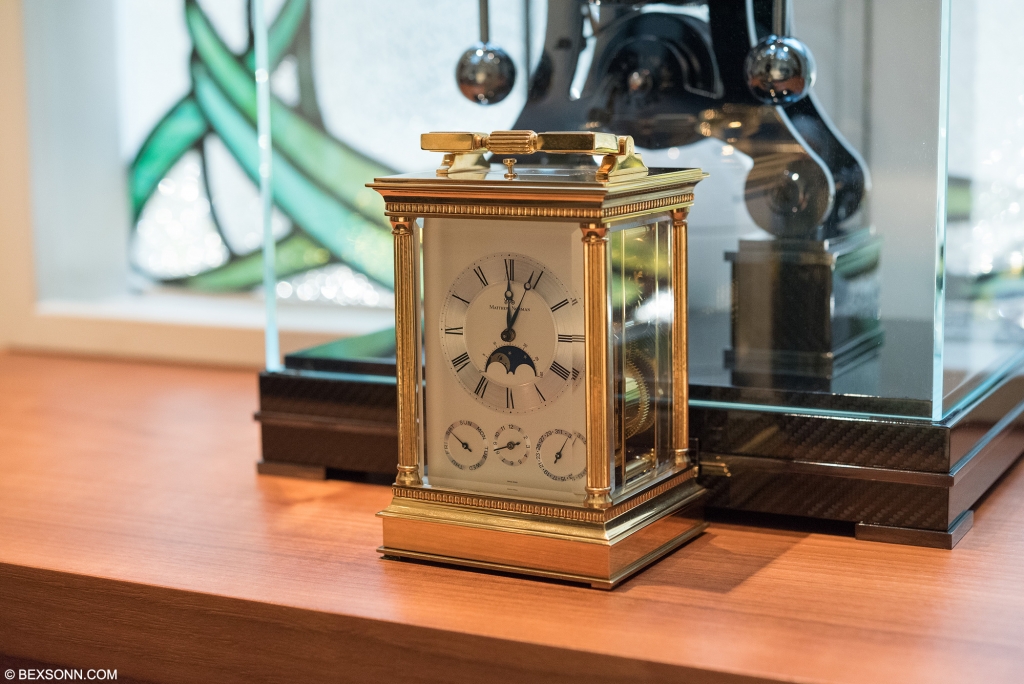 Starting as relatively unknown, it took another 6 years before the famous David Duggan name we know today finally made it to Bond Street. In 1989, nestled inside an old arcade opposite Fenwick’s , David describes the shop as being in the ‘the worst possible spot, downstairs next to the loo.’ Despite being only a small business at the time, he knew that it was all about the exposure through national adverts that would draw customers in to sell stock to him, just like he did with his brother a few years earlier. ‘We probably made ourselves look a lot bigger than we were, and well the stuff just poured in, for a good, I suppose 10-12 years, right through the 90s, saw some amazing things.’ 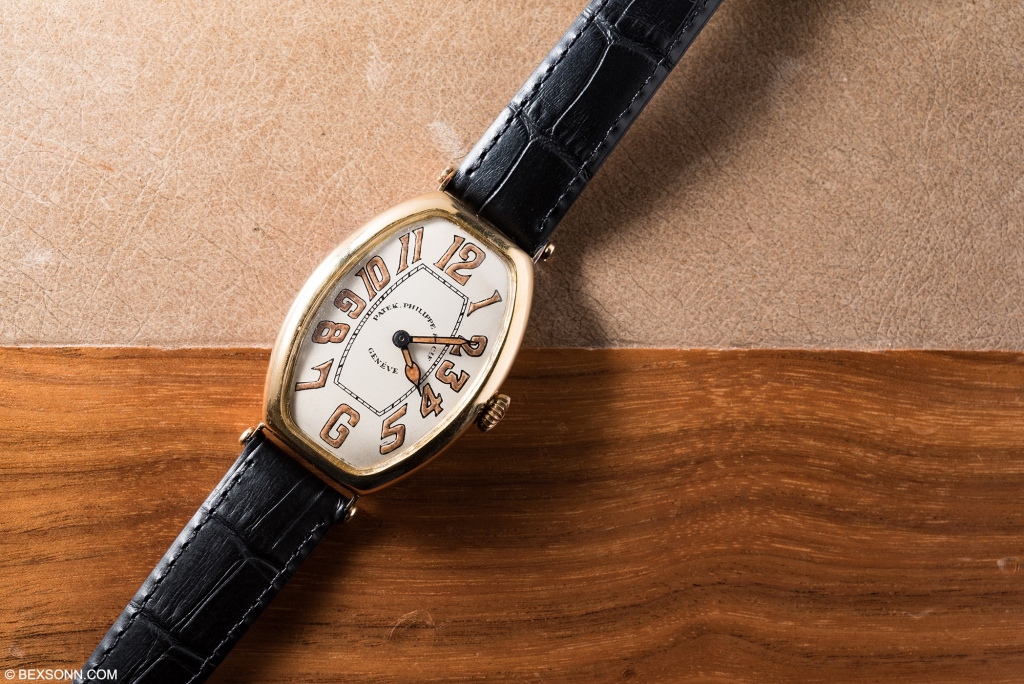 Things were not always rosy though. You see, back then, the resources available today, most notably through the internet, did not exist. ‘In the early days I lost a lot of money, but that is how you learn.’ This is because there wasn’t the luxury of receiving an email of a watch for sale and being able to research it before offering a price. It was a lot harder, where clients would come in with watches for sale, and the dealer would have to make an offer there and then in the fear of losing out to competitors. The skills of a dealer are truly an art form to master with expensive mistakes along the way, something that Duggan experienced. It became so much so that his late partner Denise at one point had told him to stop buying watches. Despite speaking of his mistakes, there is no bitterness in his tone but instead, it is underpinned by an appreciation of the necessity of mistakes. ’If you give £2000 for something and you only get £1500 after six months having it, you never forget that watch.’ 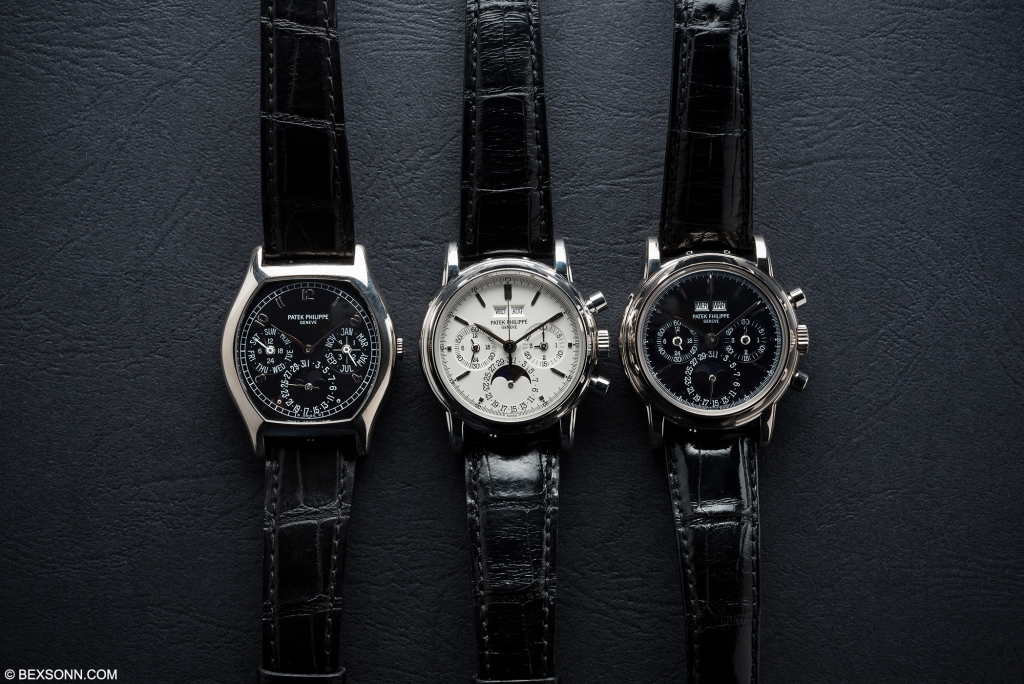 Eventually, by the mid-90s, things began to look better – with Duggan by now a confident beacon of knowledge in wristwatches making some significant sales along the way, with his biggest single sale hitting 6 figures. Noting Patek Philippe as one of his closest relations, he eventually went on to become the authoritative destination in the UK to purchase used Patek Philippe watches, not bad at all for someone who was a travelling coin-dealer 20 years prior.

The is a second part to this intriguing story that will follow in the coming weeks, where we will be discussing David Duggan & Tudor’s, new, blossoming partnership – stay tuned! 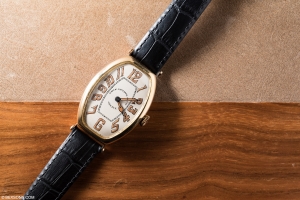 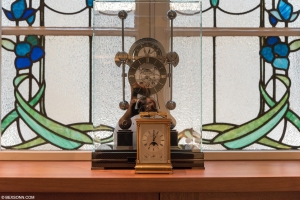 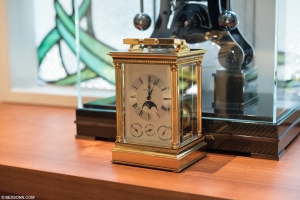 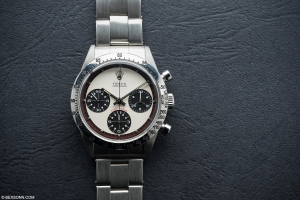 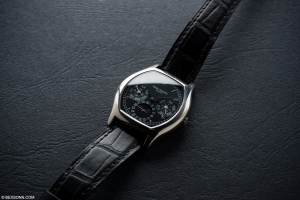 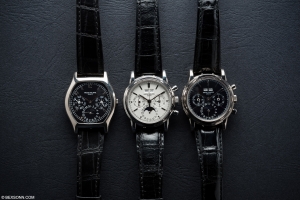 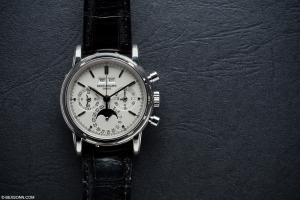 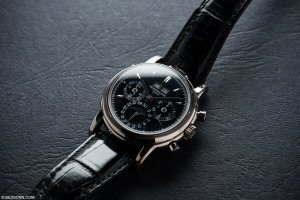 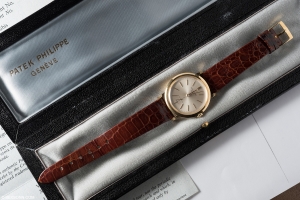 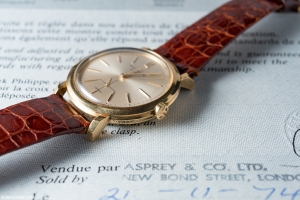 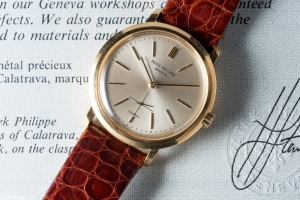 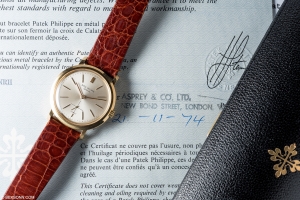 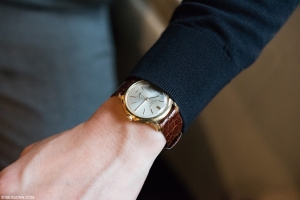 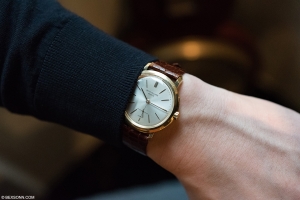 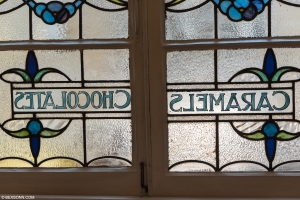 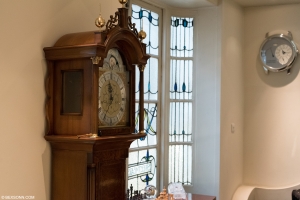 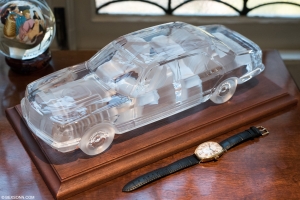 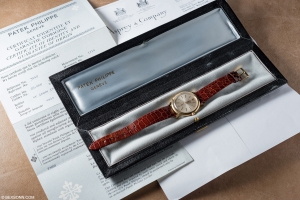