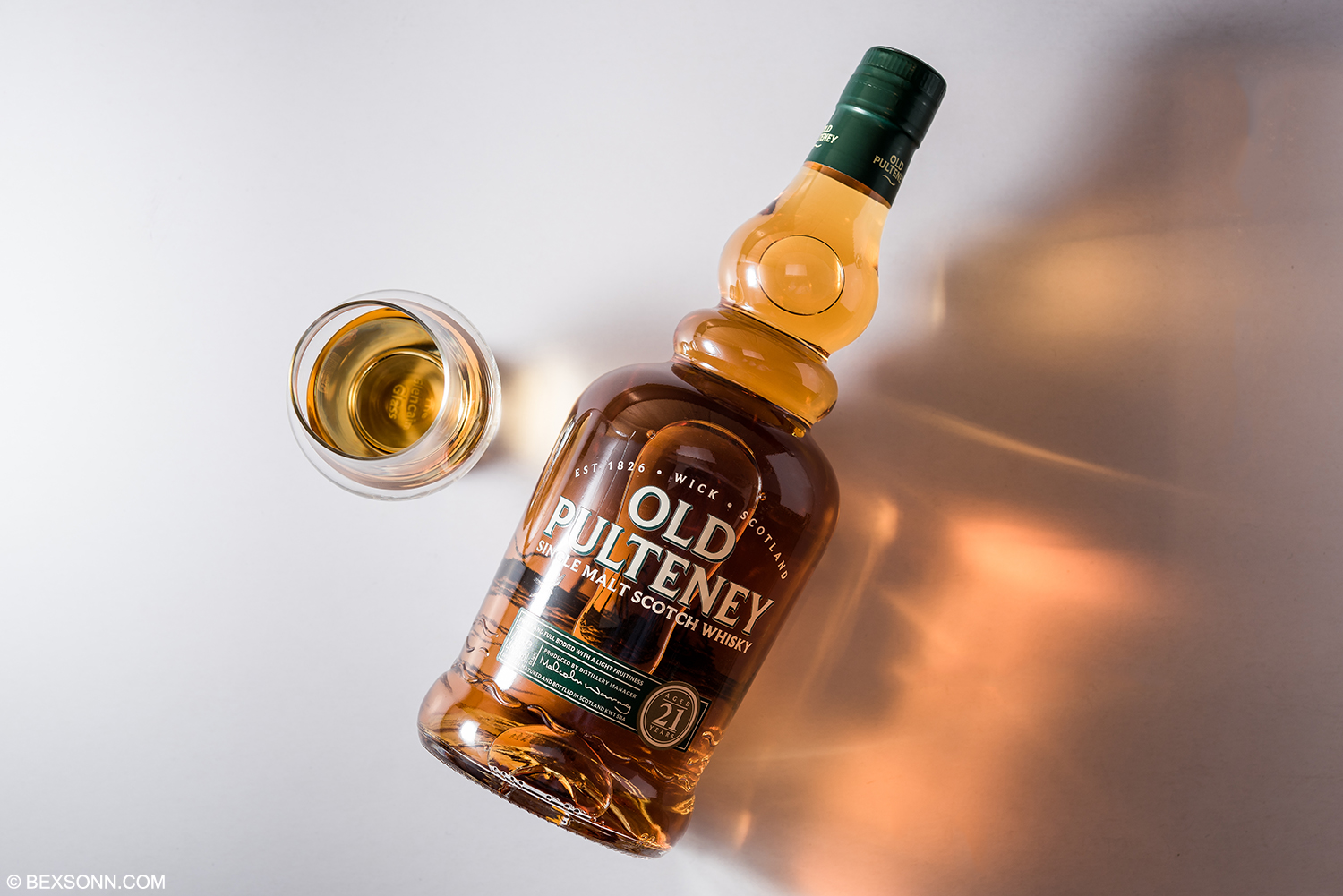 Old Pulteney 21 Year Old Single Malt Scotch: Way back in June, we posted some tasting notes on the 12, 17-year-old and very special 35-year-old expressions sampled that night, which I may add were a delightful drop of maritime heaven. The 21-year-old expression of this maritime malt is matured in ex-bourbon casks with spirit from ex-Oloroso sherry casks. Second fill American oak is what is mostly used, plus some Spanish oak first fill. However, there is a higher proportion of ex-Oloroso sherry cask compared to the 17 Years Old. Again, it goes without saying that this 21-year-old, Old Pulteney, embodies all the typical, oily, salty and fresh fruit notes you’ve come to expect from Old Pulteney but they are much more refined in this delightful expression. This expression was even voted 2012 World Whisky of the Year by “Jim Murray’s Whisky Bible”, so of course expectations were high!

On the nose: you’ll get an invitingly warm waft of sweet sandalwood, honey, vanilla, a touch of marzipan and a lovely aroma of butterscotch. These initial notes are nicely followed by some interesting fruitful notes of apples and pears, alongside brown sugar, linseed oil and a touch of lemon zest. There is also just the slightest hint of oatmeal, liquorice and some maritime saltiness. On the palate: you’ll get a lovely sweet taste of sherry, bubblegum and candy but the zestiness is more apparent on the palate. The palate is also a lot spicer too, with a note of cinnamon bouncing around in there as well, alongside butterscotch and aniseed. This is then followed by that same meaty, sulphur note also seen in the 12yo, however. Rounding off the nose are notes of creme brulee, oak and a hint of smoke. The finish: is long, sweet, spicy, with lingering oak and crème brûlée.

The verdict: I’ve said it before and I’ll say it again; the 12-year-old expression that I’ve referred to as the solid Maritime Malt – is the foundation of Old Pulteney’s expressions. I also referred to the 17yo as not your everyday dram and that it is more of an after-diner dram. And the 35-year-old expression has a lovely medium of both but is more complex. The 21-year-old expression is strangely enough none of these but it still embodies Old Pulteney’s character. It has complexity but with a bit more body and fire but this doesn’t unsettle the dram. A touch of water only sweetens this expression more. With an ABV of 46%, in my opinion there is no real need to add water, however, if you want to intensify those notes, just add a very small amount and you’ll be able to taste those notes unfolding on the palate.

For more information on this 21-year-old Single Malt Scotch, check out the official Old Pulteney website.