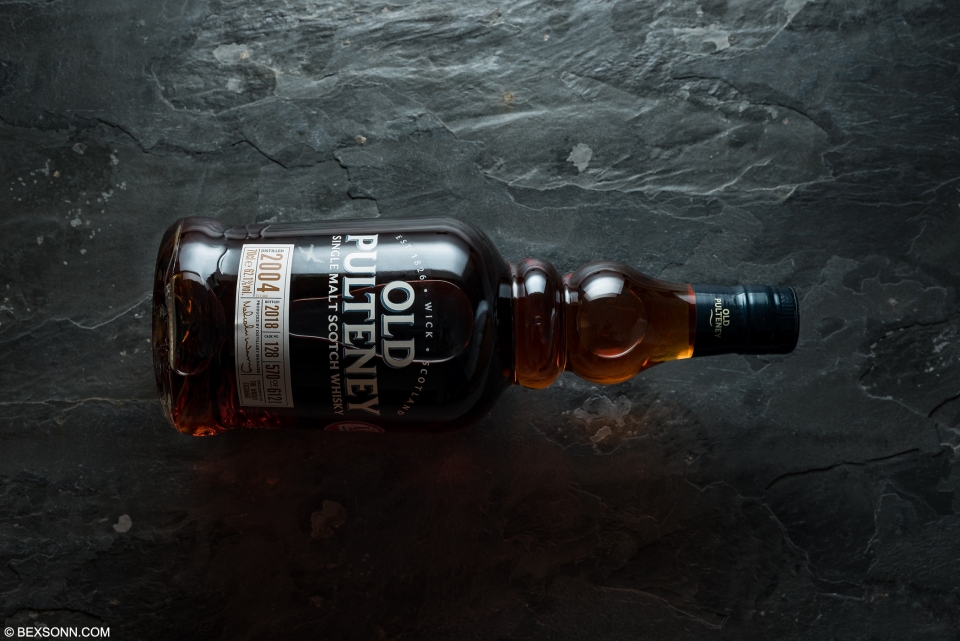 We’ve sampled our fair share of Old Pulteney, which included expressions of the 12, 17, 21 and even the 35-year-old. However, what we have here something a little special. Bottled in 2018 from a first-fill sherry butt (cask #128), this expression is a dark and fruity sherry bomb, with a slice of the signature Maritime Malt character that can only be Old Pulteney. This single cask expression has produced 612 individually numbered bottles and has been exclusively bottled for The Whisky Exchange.

On the nose: you’ll get an invitingly warm waft of rich currants, raisins, dark chocolate and a suggestion of marzipan. These initial notes are closely followed by lashings of liquorice, fennel seeds, cinnamon, nutmeg and cracked black pepper. Rounding-off the nose are notes of oranges, butterscotch, stewed apples, limes, salted nuts, and a whisper of honey and treacle. On the palate: you’ll get a lovely sweet taste of sherry, intense dark currants, toffee, cracked black pepper and dark chocolate. These initial notes are followed by salty caramel, cinnamon, liquorice, a lime zing and strawberry jam. Completing the palate are notes of candy apple, a tropical flavour and a hint of herbaceous note. The finish: is long, sweet, peppery, with lingering currants, bitter liquorice and nuts.

The verdict: I do quite enjoy a dram of Old Pulteney, easy to drink with tonnes of enjoyable flavour, with its signature saltiness. This however, is somewhat different. Its rich in currants, raisins – it is an absolute sherry bomb but has subtle niceties that can only be appreciated. Bottled at an ABV of 62.1%, in my opinion, it requires water to soften up the dram a bit, to make it more palatable. However, I’d suggestion you try it without water to gauge how much is required for your taste.

Old Pulteney 2004 Year Old Single Cask Scotch Whisky bottled exclusively for TWE can be found online at The Whisky Exchange for approximately £100. Though online stocks may be sold out, there is a possibility there some still available in-store.