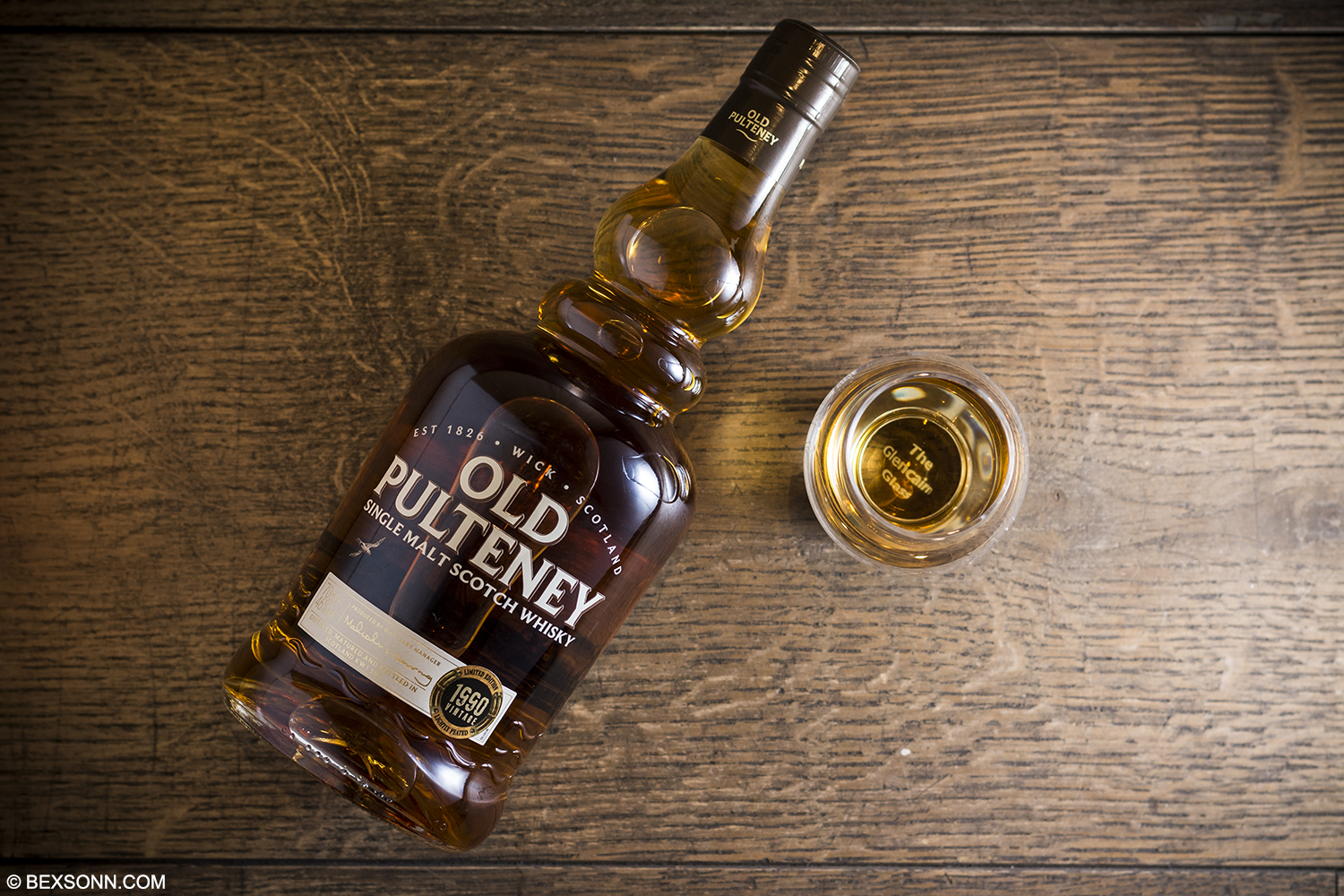 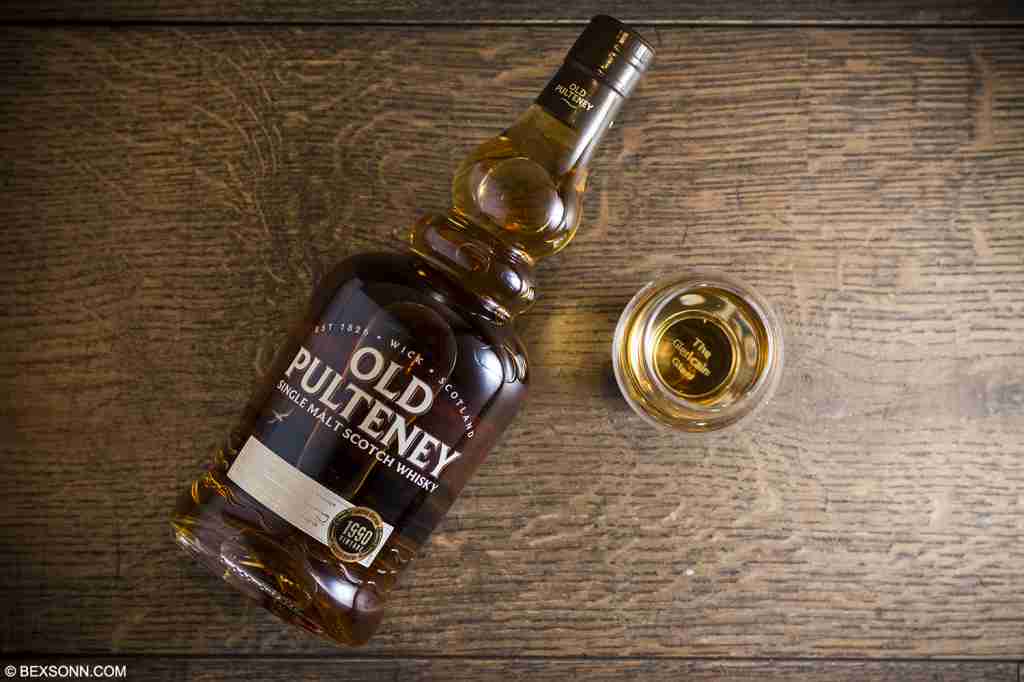 Old Pulteney 1990 Vintage Single Malt Scotch: Old Pulteney was founded in 1826 by James Henderson at the height of Wick’s celebrated herring boom. The Pulteney Distillery is one of the most northerly on the British mainland.Legend has it that when the still was delivered it was too tall for the still house and the manager simply decided to cut the top off! The Old Pulteney bottle now incorporates a bulbous neck to reflect the shape of the stills. This limited edition, lightly peated, 1990 vintage is matured in American ex-bourbon and Spanish ex-sherry casks which previously held heavily peated whisky, giving this non-chill filtered scotch charm and character in spades. On the nose: you’ll get an invitingly warm waft of banana, toffee and some lovely exotic notes. Followed by some earthy charcoal notes, cinnamon, vanilla and just a touch of honey with a pinch of salt. Those banana notes start to evolve and morph into some lovely candy floss. On the palate: those initial sweet banana and toffee notes are more subdued and in fact the oak is more predominant along with notes of peat. The vanillas will start to filter through followed by some peppery notes, a little bit of cinnamon, coriander and that signature Old Pulteney saltiness. The finish: is medium to long, that is oaky and peppery, with lingering peat.

The verdict: Admittedly I wasn’t quite sure what to expect with this dram, except for the fact I knew peat would kick in at some point. A thoroughly enjoyable very well-balanced, well-rounded scotch that has plenty of notes that will dance delightfully on the palate. Definitely a whisky that doesn’t really need any water but if you want to unlock the plethora of notes available, then allow it to just sit for 10 – 15 minutes. If you really must add any water then only add a very, very small amount. Adding too much water drowns the amount of notes on offer and overpowers the peatiness.

For more information on this 1990 Vintage Single Malt Scotch, check out the official Old Pulteney website.