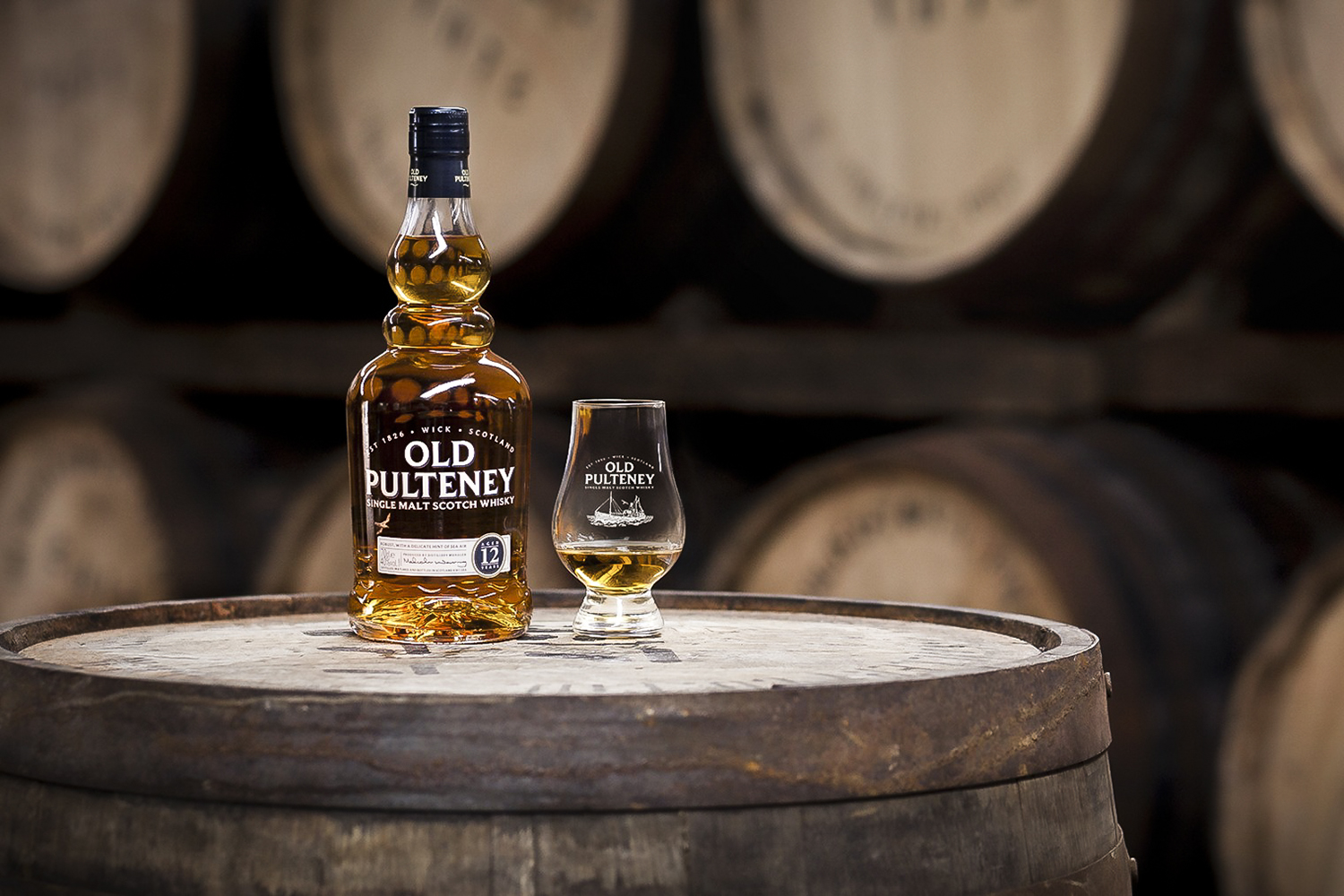 Old Pulteney 12 Year Old Single Malt Scotch: This week I was invited to an Old Pulteney tasting and I think it is suffice to say it didn’t disappoint. Thus far I have only ever posted tasting notes on one Old Pulteney, which you can see here. Old Pulteney was founded in 1826 by James Henderson at the height of Wick’s celebrated herring boom. The Old Pulteney distillery is one of the most northerly on the British mainland and is the hub of the surrounding community, and both rely on each other equally. Known as the Maritime Malt, it’s character is very distinctive: salty (which actually has nothing to do with the sea air that surrounds the distillery), sweet fruity notes and that meaty sulphur note. This particular expression is matured wholly in air-dried, hand-selected ex-bourbon casks and the ‘unashamedly excellent’ Old Pulteney 12-years-old is the definitive expression in the Old Pulteney family and a true favourite amongst lovers of the distillery.

On the nose: you’ll get an invitingly warm waft of banana, toffee, mixed fruits, a pinch of salt and the lovely suggestion of crème brûlée. Followed by notes of almonds, cardamoms, sherry and oak. There is also just the slightest hint of oats and citrus. On the palate: you’ll get a lovely sweet taste of toffee, vanilla and sherry, with a nice oily texture. This is then followed by that meaty, sulphur note, aniseed, cardamom and oak. Of course there is that signature Old Pulteney saltiness in there with a hint of lemon zest. The finish: is medium to long, that is oaky and peppery, with lingering salt.

The verdict: Now, this is the type of Scotch you will see selling at your local supermarket for a seriously low price and I say low because its complexity and balance is not what you would expect from a dram at this price point. I remember being asked during our tasting what I thought of this Maritime Malt and the only answer that I could come up with and that would give it the justice it deserved was solid. Simply because it is one of those drams you could sip and enjoy anytime. With an ABV of 40%, in my opinion there is no real need to add water but if you’d like to unlock its complex notes, just add a very small amount to let it breathe.

For more information on this 12-year-old Single Malt Scotch, check out the official Old Pulteney website.