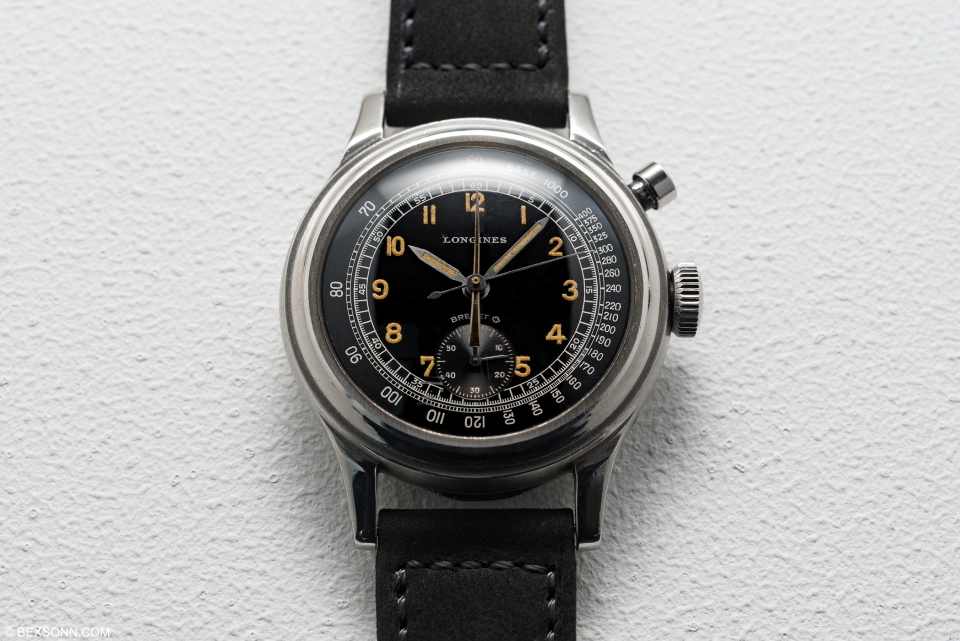 In the 20th century, Longines were making some of the most exciting and technically innovative pieces in the industry. Right at the top of that would of course be the 13ZN and later 30CH chronograph movements. These are still considered some of the best chronograph movements ever made and this is reflected accordingly in the market where collectors will pay crazy money for prime examples. On the other end, time-only Longines also have a cult-following, with the Tre Tacches and Sei Tacches, the sector dials and stepped cases all becoming very well-known and desirable of late. Even the humble Longines W.W.W. issued to the British Military towards the tail-end of World War II is becoming even more popular.

Today though, I’d like to highlight a lot coming to Phillips Geneva that I consider one of my favourite watches of all time. Lot 239 is a Longines Chronostop, a mono-pusher continuous chronograph with a central minutes recorder (I’ll explain more on what this is later). 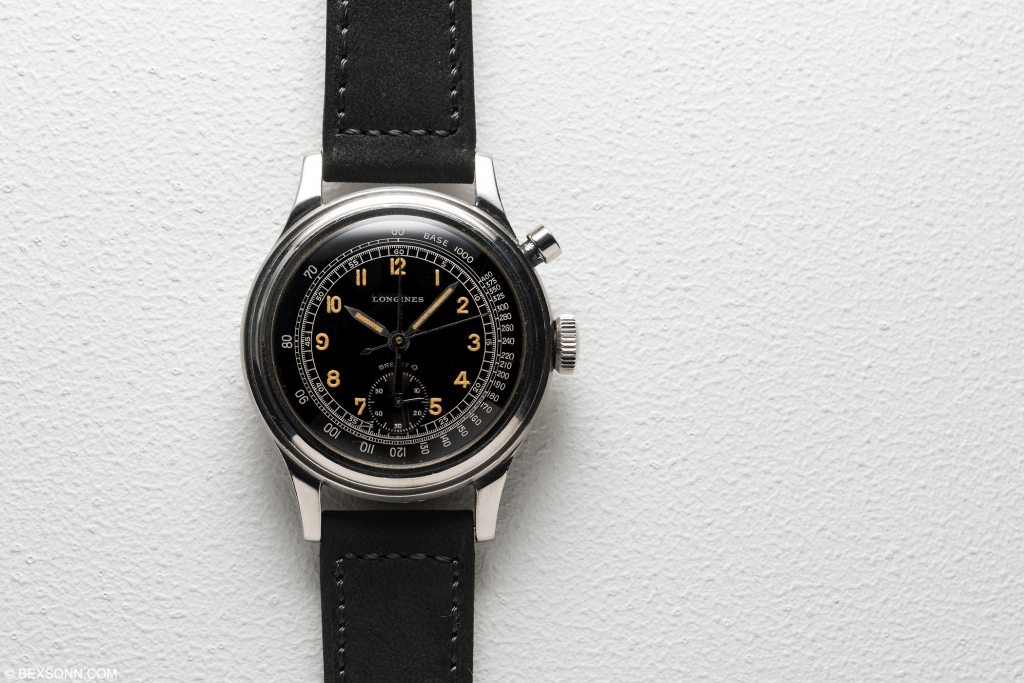 I first saw this watch 3 years ago when I met a collector in Kuala Lumpur. I will admit that back then my knowledge on watches didn’t stray much further than your generic vintage Rolex and Omega but when I saw what he was wearing and eventually tried it on – I fell in love. I was new to the vintage world and therefore my desire for this watch was purely unbiased and based solely on the interestingness of the complication and overall attractiveness of the watch. I still hope to own an example one day.

This particular lot that will be auctioned off at Geneva is the very watch that I fell in love with, but with Phillips being Phillips, this one is even more special. I’ll start with the basic details of the watch but explain later on why this one is particularly unique. Sized at a very generous 37.5mm, the styling is very classic Longines with a stepped stainless-steel case and thick long lugs. In fact, this case was even patented by Longines, as evidenced by the ‘Brevet’ signature on the dial. 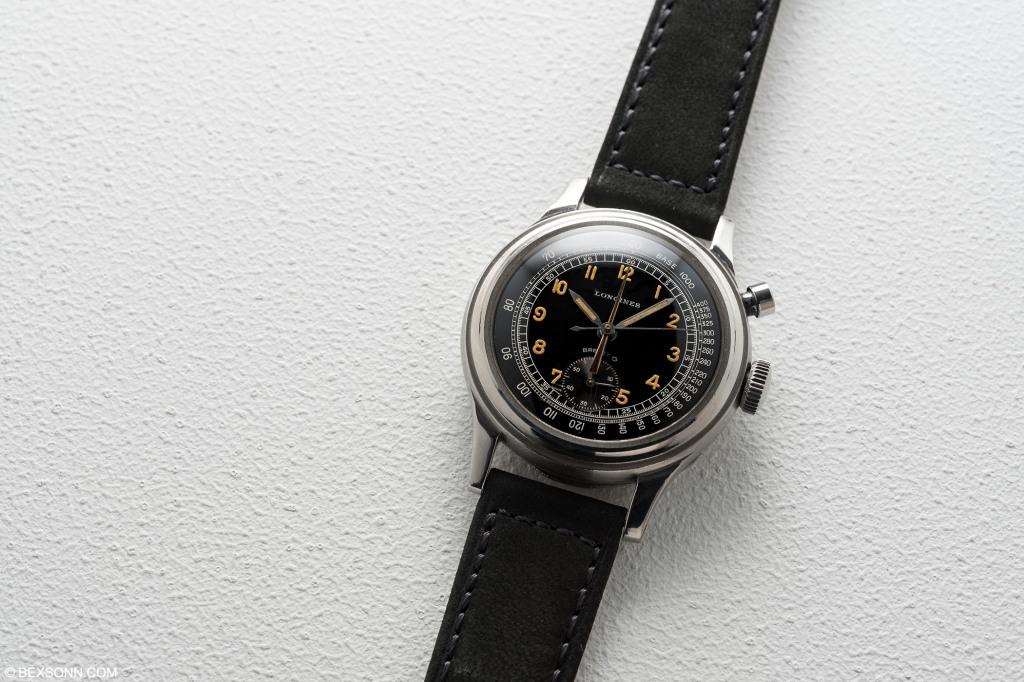 Longines made these Chronostops in a few variants but this size is certainly the more desirable and attractive. Most of the time, you will find the 31mm version, which are often gold-plated and with a square pusher; not so nice. They also made a huge 47mm version for the Israeli Air Force, but while that is undoubtedly rare, it is just not as good-looking as the 37.5mm.

One of the reasons why I am such a fan of this watch is because of its complication. Of all the 13ZN chronographs, the one that collectors want the most would have to be the ‘Doppia Lancetta’ 13ZN. Nicknamed this because of the double centralised hands, it is a 13ZN chronograph but with its minutes recorder centralised as supposed to using a sub dial. You don’t often find chronographs like this with the next obvious example the Mido Multicenterchrono, another favourite of mine. What is lesser known though, is that Longines made another version and yes, it is exactly this: the Chronostop. Featuring a central minutes recorder, the Chronostop isn’t a full chronograph per se but instead it is a continuous chronograph. The chronograph hand never stops and when the user presses the pusher at 2 o’clock, everything resets and starts back again – pretty special in my opinion. 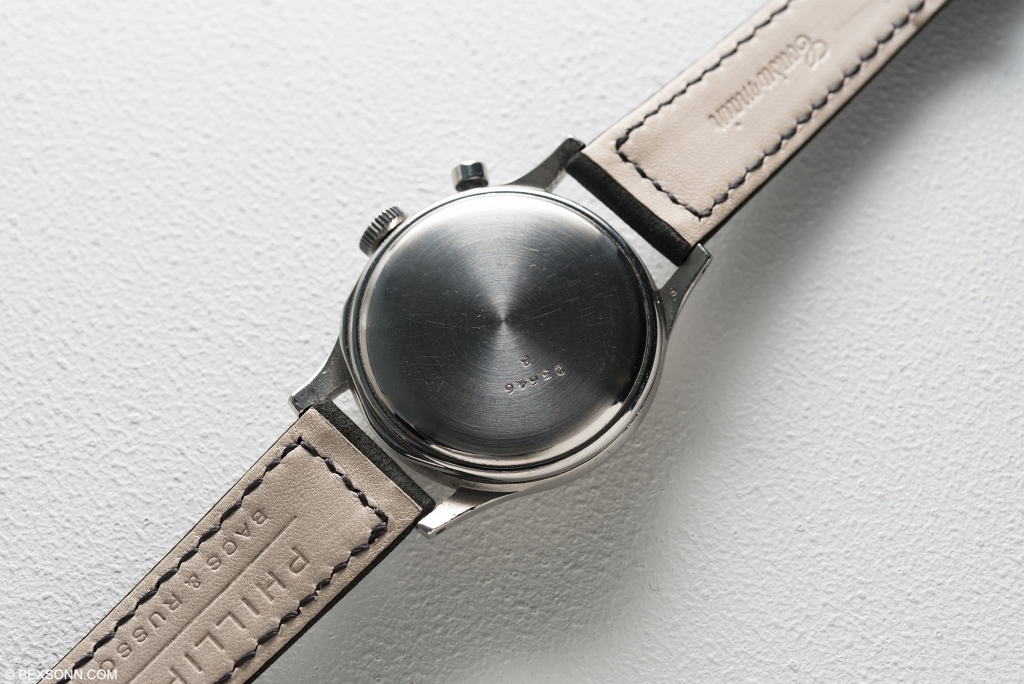 Back to my story of seeing this watch three years ago, it was the standard version. It had a white dial with a silvered two-tone minutes scale, blued hands and a red hand for the central minutes recorder. This in its own right is rare enough but with collecting, there will always be a rarer version. There is a black glossy dial version, again with the minutes scale on the large outer track and with a red minutes counter hand. As you know, anything with a black glossy dial demands a premium and so naturally, the black Chronostop trumps the white one. Well, you would’ve noticed by now that this example that Phillips is offering is the highly desirable black version BUT instead of a minutes scale on the outer track, it features a tachymetre scale. 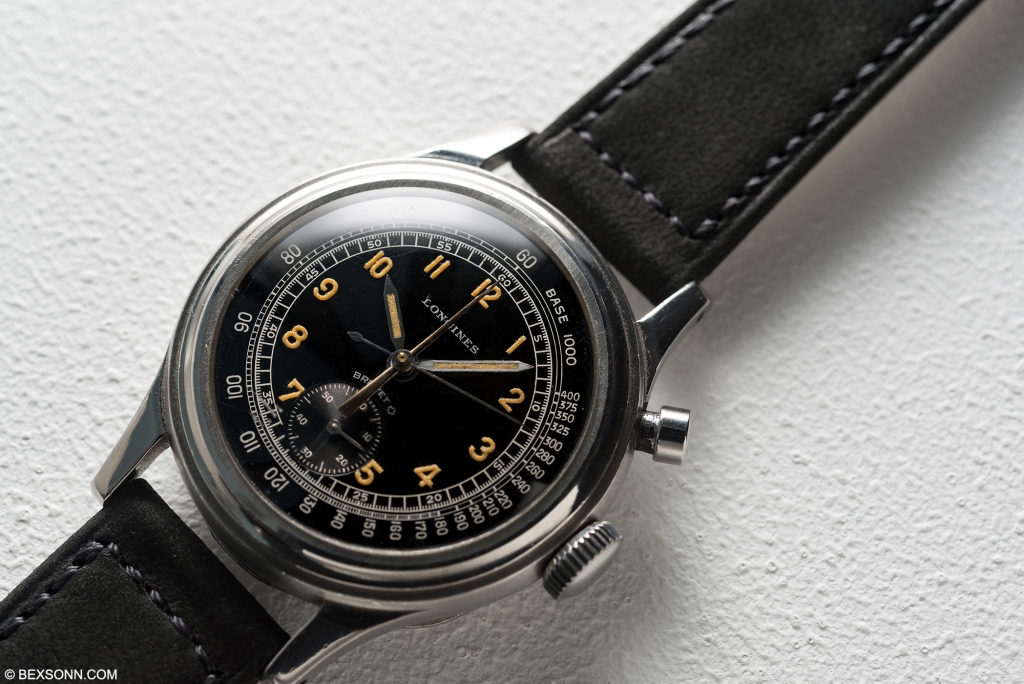 This is extremely rare, so when I saw this Longines I knew I had to write about it. Combining my initial love for this watch with the downright crazy dial, I’ll be very excited to see how it goes at auction.

For more information on Phillips Geneva Watch Auction: SIX that will take place on the 11th & 12th November, the Phillips website to view the full catalogue.