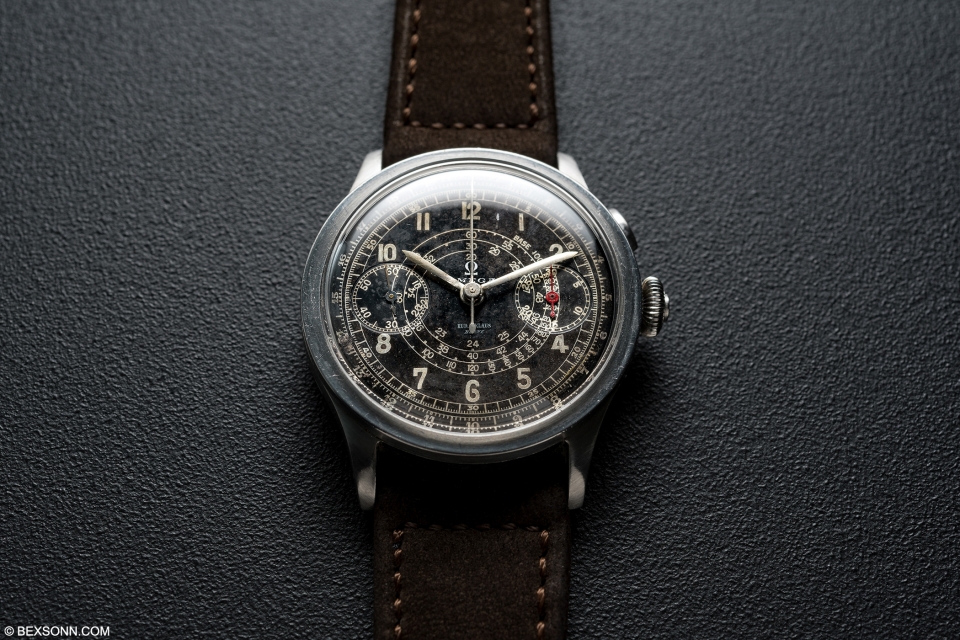 In the earlier part of the 20th century, Omega were making some of the most beautiful and technically innovative pieces in the industry. Most of you will have no doubt have heard of the Omega Speedmaster, easily one of the most famous and instantly recognisable chronographs in the world, not to mention the history it is steep in. But before the Speedmaster era, Omega where already making chronographs watches to rival the best of them. Ask any connoisseur who collects vintage chronographs from the early 20th century which pieces they highly recommend, of course Patek Philippe and Longines will be in there but amongst them will also be Omega.

While the Speedmaster master craze will continue and the likes of chronographs from Patek Philippe and Rolex are personally out of my reach, pre-Speedmaster chronographs that Omega made not only intriguing but perhaps more attainable. 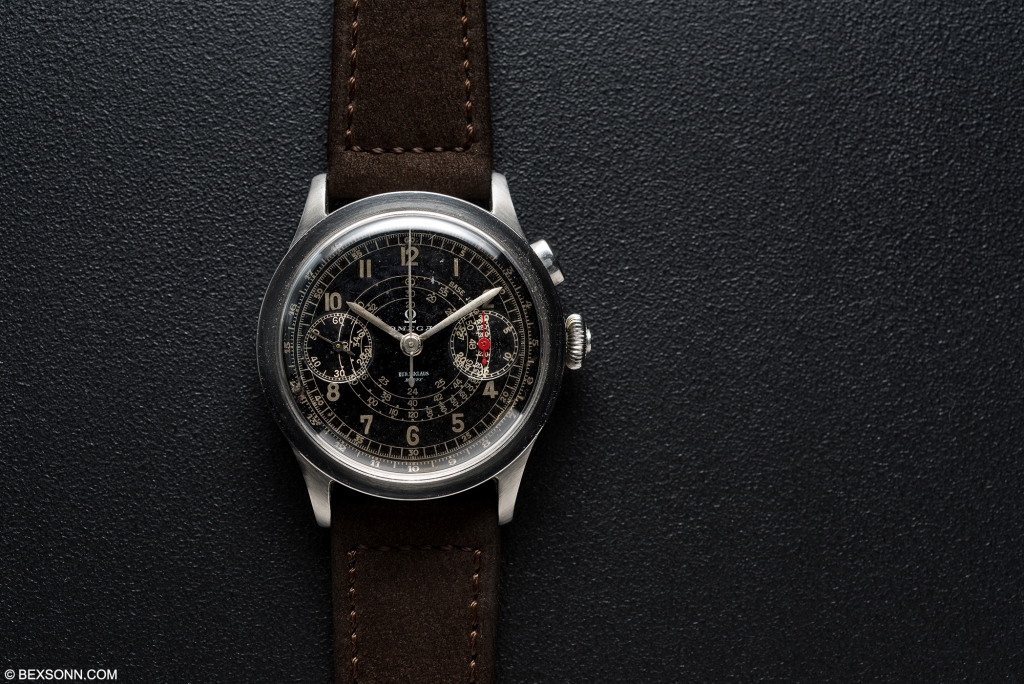 The first generation of reference CK988, is easily recognizable by its wide cylindrical bezel, olive-shaped start/stop pusher at 2 o’clock and reset pusher set within the crown, which is considered to be one of the most beautiful chronograph designs ever made by any watch manufacturer. Its large case diameter measures 37.5mm, and houses the lovely mono-pusher calibre 33.3 CHRO movement. This calibre was originally produced by Lemania, just in the same way the revered 321 calibre was. The 33.3 movement is manipulated with just a singular push-piece at 2 o’clock and another integrated into the crown. Though, it was later updated to function with two push-pieces, with the more commonly seen start, stop and reset action.

The dial on this CK988, is where things really start to get interesting for me. The black dial features a silver printed telemeter scale along the outer rim of the dial, as well as a snail-shaped tachometer ring circling along the center. In addition to Omega’s signature on the dial, this chronograph also bears the retailer name ‘Rud. Niklaus Berne’, heightening the exclusivity of the piece. When a well-established brand pairs with a retailer to sign the dial of a watch it not only adds to the aesthetics, but also makes the timepiece far more rare. Little is known about Rud. Niklaus Berne, but a variety of examples that can be dated to the first half of the 20th century including watches and clocks by Omega and Zenith are known today. 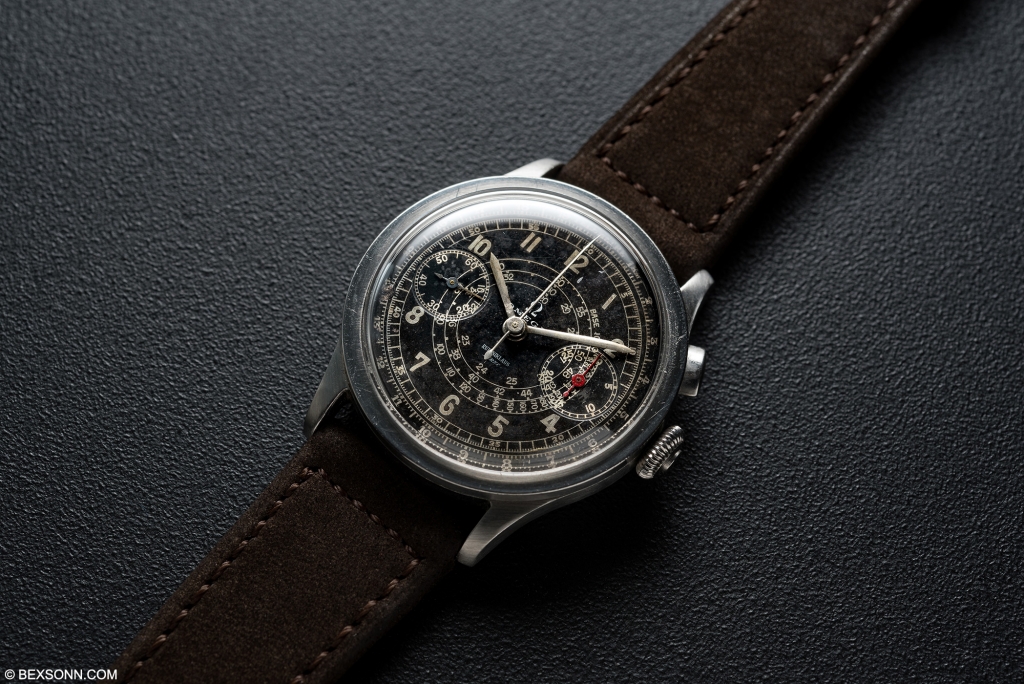 The present example is in excellent overall condition, and retains superb proportions and crisp edges – while it’s not perfect it is honest. Combining aesthetics, practicality, and craftsmanship, this versatile and highly collectible watch can be worn for both sporting and formal events. That said, the eagle-eyed readers may be thinking that this lot looks familiar and for good reason too. It is the same lot that sold during the stop-start-reset back in May of 2016, though this time the estimate has been lowered. Can anything be read into this? Maybe but that’s a discussion for another time, however, it does present another opportunity to anyone who may have missed out on it 18 months ago.

For more information on Phillips Geneva Watch Auction: SIX that will take place on the 11th & 12th November, the Phillips website to view the full catalogue.