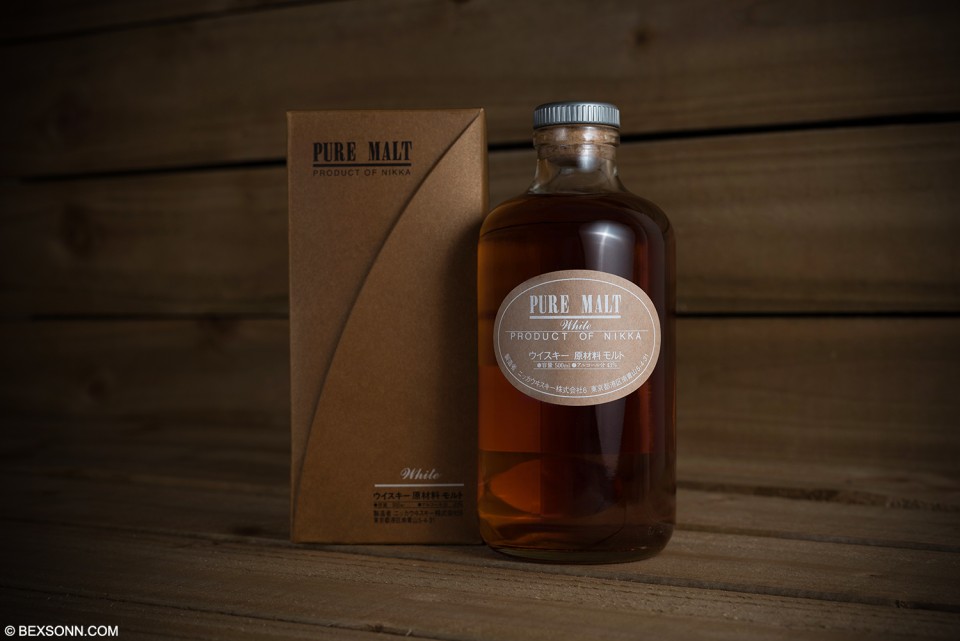 Nikka Pure Malt White: Nikka have two Pure Malt expressions, the Taketsuru Pure Malt and just Pure Malt, of course this is the latter. Within the Pure Malt range there are three expressions to choose from. The Pure Malt Black, which mainly composes of Yoichi distillery malt, characterised by powerful peat, rich taste and firm flavour that is often found in Yoichi. The Pure Malt Red, which mainly composes of Miyagikyo distillery malt, characterised by a lightly sweet vanilla nose and a soft and gentle taste. Then there is this expression, the Pure Malt White which interestingly enough is composed of malt from the Scottish island of Islay, so one can expect a strong peaty nose reminiscent of seaweed and iodine, and a soft but deep taste.

On the nose: a lovely waft of tropical fruits, bananas, coconuts and a hit of peat, which is rather dry. This is closely followed by pear drops, plums and an earthy oats aroma. There are some light spicy notes floating around in there, as well as star anise and aniseed. After a couple swirls in the glass notes of fudge, oak, cucumber and hint of some floral notes. On the palate: those banana and coconut notes are evident but there is a peaty punch in there. It is a lot spicier on the palate than first nosed, alongside notes of cinnamon, ground black pepper, a hint of pears and liquorice. Rounding off the palate is a leathery note, tobacco and a hint of coffee. The finish: medium/long, peppery, dry, with lingering oak and peat.

The verdict: It would seem this drop of Japanese whisky is another case of east meets west. As already mentioned it is made from malt from the Island of Islay but it embodies everything you would expect from a Japanese whisky. It truly is a beautifully blended whisky, with tonnes of character. Nikka Pure Malt White has an ABV of 43% – making it a whisky that in my opinion, didn’t need any water at all. However, you may want to add just a few drops of water or leave it to breathe for 5 – 10 minutes.

For more information on the Pure Malt White, visit the official Nikka website.