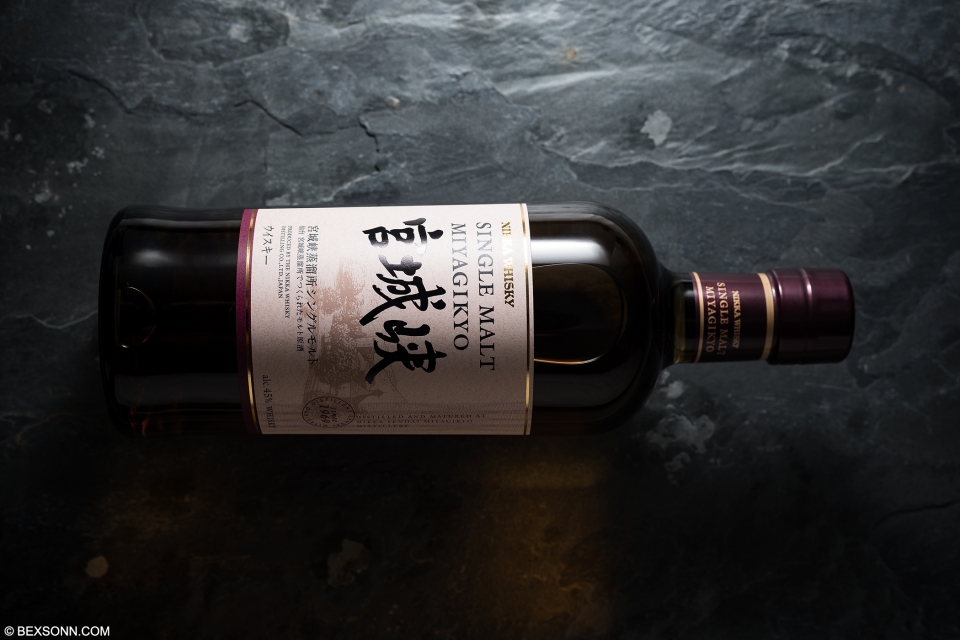 Last year we looked at a few of the Miyagikyo expressions from Nikka, including their non-age statement and 15-year-old. This year we even looked at a drop placed somewhere in the middle of those two: the 10-year-old expression. Now if you are well into your whisky, then you’ll know there is a shortage of age-statement Nikka and what Nikka have done to remedy this, is introduce new non-age statement expressions in the Miyagikyo and Yoichi range. The Miyagikyo distillery (pronounced mee-yag-ee-kyo), was found in 1969 and is owned by the Nikka Whisky Distilling Company – who also own other well-known distilleries. The location of Miyagikyo was chosen by Masataka Taketsuru, who founded Nikka in 1933. In case you were unaware, Mr. Taketsuru is a legend in the Japanese whisky industry having helped to set up the country’s first single malt distillery of Yamazaki in 1923, before going out on his own, forming Nikka and building Yoichi. This is of course the new non-age statement from Nikka, the Miyagikyo – not to be confused with the old non-age statement we looked at last year; it is completely different.

On the nose: you are greeted by a beautiful waft of maple syrup, vanilla, honey, brown sugar and cherry drops. This is closely followed by notes of clementines, lemon zest, marzipan, tropical notes of coconut and banana. Notes of lavender start to emerge followed by spices (star anise and cinnamon), liquorice and the nose is nicely rounded off by some lighter herbaceous and floral notes. On the palate: there is a burst of candy floss, honey, vanilla and liquorice that await you, alongside those spices nosed and a touch of smoke. This is proceeded by toffee, stem ginger, wet tobacco, coconut and almonds. It has a lovely creamy texture, to which more notes start to emerge in the form of zest, dark chocolate, green herbs and lychees. The finish: medium/long that is salty, tangy, with lingering tobacco, cardamom, ginger and a suggestion of peat.

The verdict: I’m always intrigued by Japanese whisky and just how they manage to produce whisky with such depth in flavour. This new non-age statement is testament to how good whisky that doesn’t bear an age can be. This Miyagikyo is sophisticated, elegant, well-balanced and packed full with some of the most beautiful notes. This new Nikka Miyagikyo (NAS) has an ABV of 45% – making it a whisky that in my opinion, didn’t need any water at all. However, if you want to get access to the plethora of notes on offer – you’ll have to add a few drops of mineral water.

This new Nikka Miyagikyo NAS Japanese Single Malt Whisky is available to buy online or in-store at any well-stocked whisky shop, for approximately £80.