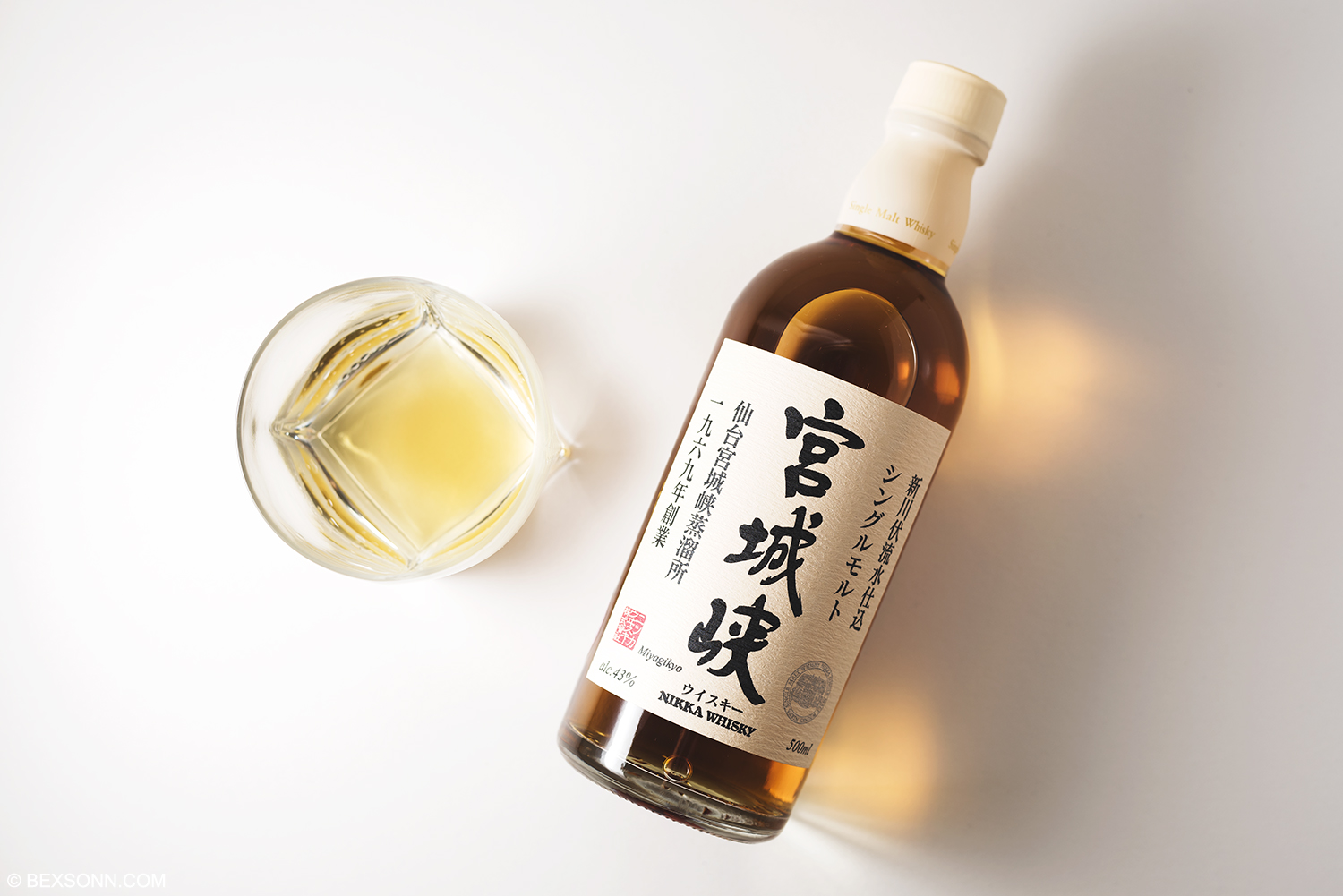 Nikka Miyagikyo Japanese Single Malt Whisky: Until now we’ve only looked at one other whisky from Nikka. However, that was a blended whisky. The Miyaikyo distillery (pronounced mee-yag-ee-kyo), was found in 1969 and is owned by the Nikka Whisky Distilling Company – who also own other well-known distilleries. The location of Miyagikyo was chosen by Masataka Taketsuru, who founded Nikka in 1933. And just in case you were unaware, Mr. Taketsuru is a legend in the Japanese whisky industry having helped to set up the country’s first single malt distillery of Yamazaki in 1923, before going out on his own, forming Nikka and building Yoichi. While there are of course aged expressions of Miyagikyo, this particular no age statement it something rather special. Miyagikyo is known for being a luxurious, fragrant single malt whisky and this no aged statement is no different. Aged in ex-sherry casks, it features sweet and elegant fragrance like fresh flowers, combined with a soft maltiness and a delicate, gentle and appealing mature essence.

On the nose: there is a lovely suggestion of sweet peaches and pear drops, which is followed by fresh notes of lavender. These initial notes are then followed up by cocoa, tobacco and distressed leather. Some almond notes will start to emerge followed by hints of aniseed, rose-water, toffee, cinnamon, honey and the lightest touch of sea salt, and citrus zest. On the palate: those sweet pears nosed a very present, however the cocoa is more predominant. Notes of toffee start to emerge, alongside marzipan, peaches and cashew nuts. Some peppery, spicy notes start to appear, with vanilla, aniseed, not quite ripe plums and slightest waft of smoke. The finish: long, spicy with some tropical notes, lingering smoke and nuttiness.

The verdict: Rarely have I tasted a Nikka that I’ve disappointed with and this people is no different. This none age statement Miyagikyo displays some of the most beautiful notes that just have the perfect harmony, which results in a full-bodied but yet refreshing drop. Nikka Miyagikyo has an ABV of 43% – making it a whisky that in my opinion, didn’t need any water at all. However, if you do need to add any water then only add a very, very small amount and if you don’t feel the urge to add any then allow the scotch to breathe for approx. 7 – 10 minutes to open up the nose a bit.

For more information on the Miyagikyo no age statement, visit the official Nikka website.