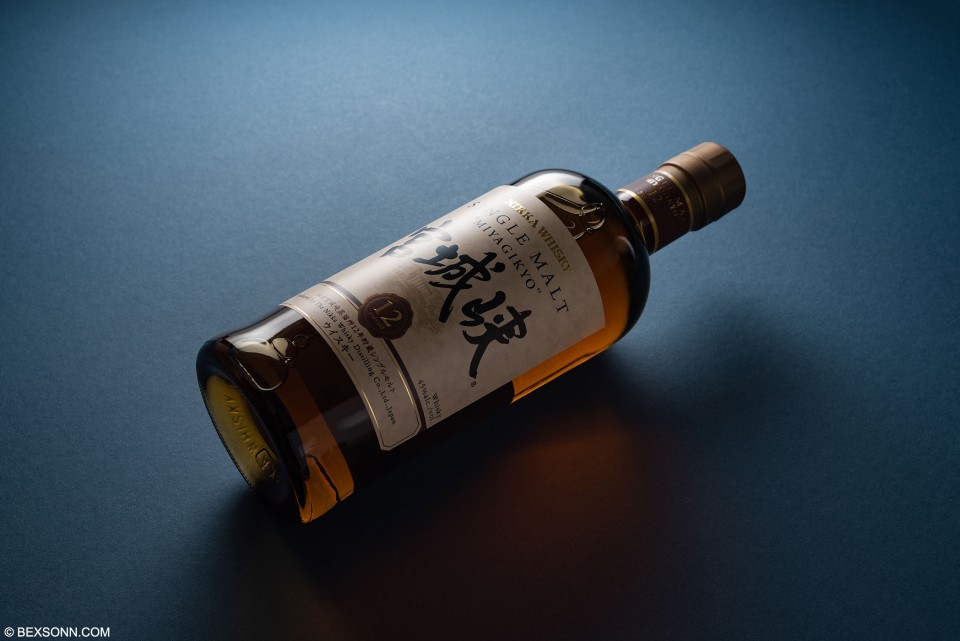 We’ve posted tasting notes on quite a few of the Miyagikyo expressions from Nikka, including their non-age statement, 10 and 15-year-old. This time round we’re looking at an expression somewhere in the middle of those two; the 12. The Miyaikyo distillery (pronounced mee-yag-ee-kyo), was found in 1969 and is owned by the Nikka Whisky Distilling Company – who also own other well-known distilleries. The location of Miyagikyo was chosen by Masataka Taketsuru, who founded Nikka in 1933. In case you were unaware, Mr. Taketsuru is a legend in the Japanese whisky industry having helped to set up the country’s first single malt distillery of Yamazaki in 1923, before going out on his own, forming Nikka and building Yoichi. While this 12-year-old Miyagikyo is of course younger than the 15yo expression, it still has tonnes of suave notes and depth.

On the nose: a beautiful waft of sweet orange, vanilla pod and a dark sherry note. Notes of toasted almonds will start to emerge, followed by notes of roasted coffee, aniseed, pear drops and an interesting floral note. After a few swirls in the glass, notes of toffee, lemon, pecan and dark chocolate note become more pronounced, with a hint. The palate: is rich with a welcome note of sherry, which is thick in texture. Notes of dark chocolate, coffee, vanilla and toffee start to appear. A sweet note of honey is detected on the palate, alongside pecans, aniseed and a kick of spices. Completing the palate is a hint of coriander, pears and oak. The finish: long, with green herbs, lingering spices and nuttiness.

The verdict: I’m always intrigued by Japanese whisky and just how they manage to produce whisky with such depth in flavour. This 12-year-old Miyagikyo has a lovely combination of notes that just seem to keep expanding, just like the 10 & 15yo expressions. It is a full-bodied whisky that is perfectly balanced and has a little less peat than all other Nikka expression we’ve tasted thus far. This Nikka Miyagikyo 10yo has an ABV of 45% – making it a whisky that in my opinion, didn’t need any water at all. However, if you want to get access to the plethora of notes on offer – you’ll have to add a few drops of mineral water.

Nikka Miyagikyo 10-year-old Japanese Single Malt Whisky is becoming harder to find but it is still stocked in some places. However, be prepared to pay approximately £250 and upwards for this drop of pure liquid gold.

For more information on the Miyagikyo 12-year-old, visit the official Nikka website.