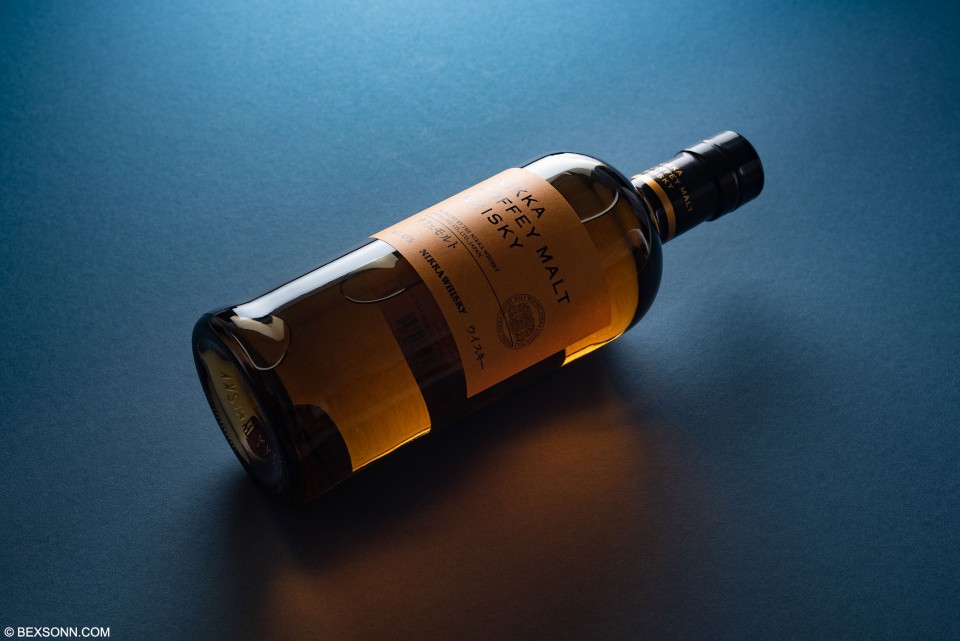 The popularity of Japanese whisky shows no signs of slowing and for those of us looking for Whisky that hails from that part of the world, it is increasingly becoming more and more expensive. That said, this particular dram perhaps offers the best of both worlds in flavour and value. Amongst the growing variety of Japanese whisky currently available, Nikka is arguably one of our favourites. This drop contains whisky hailing from Nikka’s Miyagikyo distillery, however, the originality of this 100% malt expression lies in its unique distillation method. Malted barley is distilled in a “Coffey still”, a traditional continuous still which is normally used to produce grain whisky. Previously only released as part of single casks, Nikka decided to add their Coffey Malt to their core range in 2014. The outcome? a rather interesting and intriguing drop of malt whisky, which is rich in flavour.

On the nose: you’ll be greeted by a waft of oranges, mandarins and marzipan, which is closely followed by notes of cinnamon, star anise and cloves. These initial notes are followed by sultanas, lime zest, toffee, brown sugar, golden syrup and a hint of smoke, The nose is nicely completed by notes of oatmeal biscuits, apple pie, rose-water, oak and rich fruit cake. On the palate: there is a burst sultanas, rich mixed fruits, mandarins and orange peel. Notes of cinnamon, cloves and all-spice start to emerge, as well as candy apple and marzipan. Completing the palate are notes of toffee, oak, zest, a light herbaceous note with a creamy texture and a hint of smoke. The finish: medium, with those orange-like notes still present, spicy oak, with a lingering bittersweet note and creamy apricot flavoured greek yoghurt.

The verdict: I’m always intrigued by Japanese whisky and just how they manage to produce whisky with such depth in flavour. This Coffey malt expression is sweet as expected but also had lots of little intriguing notes that add a nice amount depth. This Coffey malt expression has an ABV of 45% – making it a whisky that in my opinion, didn’t need any water at all. However, if you want to access the plethora of notes on offer – leave it to breathe for 5-10 minutes.

This Nikka Coffey Malt Whisky is available to buy online or in-store at any well-stocked whisky shop, for approximately £55.

For more information on this Coffey Malt expression, visit the official Nikka website.