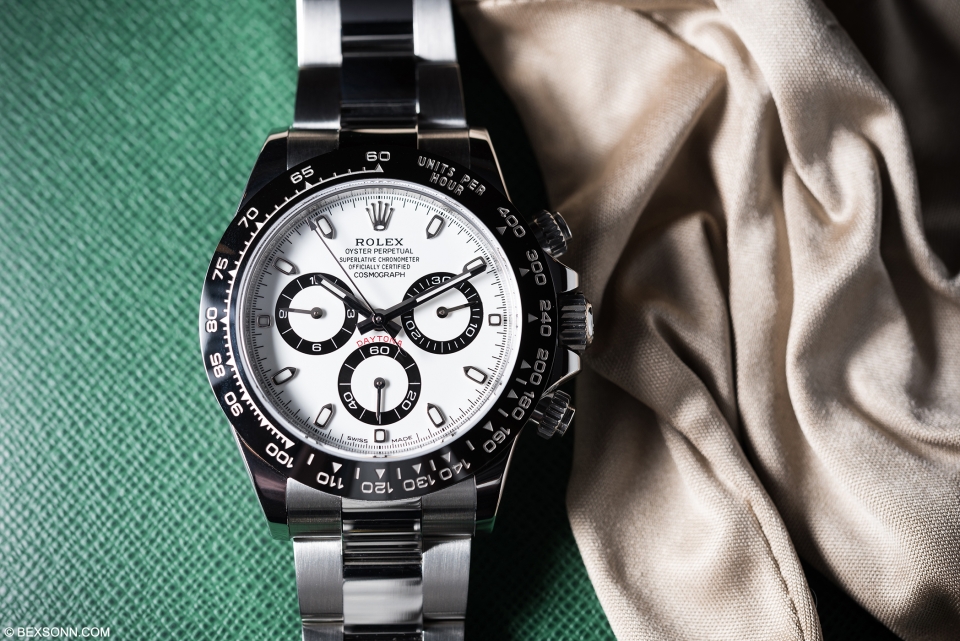 We’ve become accustomed to Rolex making minor changes every year, which they then showcase at Baselworld. It goes without saying that this year was no different, however, it would appear that Rolex have delivered the Rolex Cosmograph Daytona that everyone, including me, have been waiting for. Ever since the Daytona 6240, 6241 and ultimately the 6263 that sported the ever fragile but seemingly downright cool, acrylic black bezel – Rolex owners had cried out for something similar on Rolex latest Daytona. Alas, that call has been heeded and Daytona collectors can now rest easy. Introducing the new Rolex Daytona ref. 116500LN, which now sports a monobloc black Cerachrom tachymetre bezel. But take note, this will now replace the all-stainless steel Daytona. 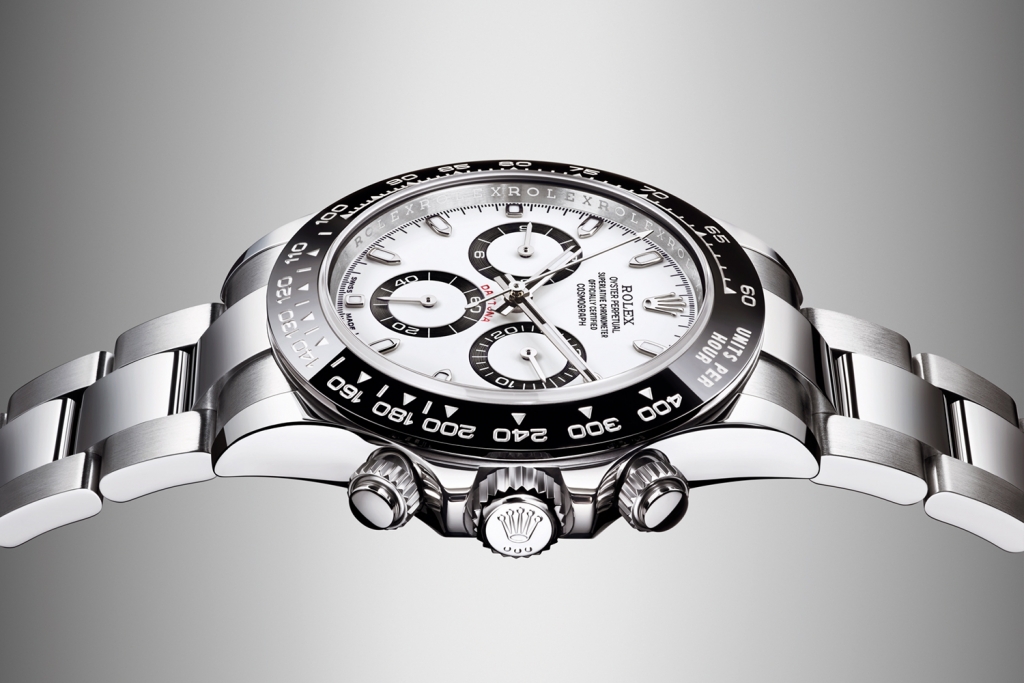 So what has changed in comparison to the old reference 116520? Obviously, it now features a black Cerachrom tachymetre bezel but there are a couple of other subtle changes they may go unnoticed by some. On the white dial variation, the chronograph sub dials now sport a black outer ring, as opposed to the previous silver-tone version, while the black dial variant remains unchanged. The other change is the size of the COSC text on the dial at 12:00, which has been ever so slightly downsized. But compared to the 2015 model aesthetically that is about it. 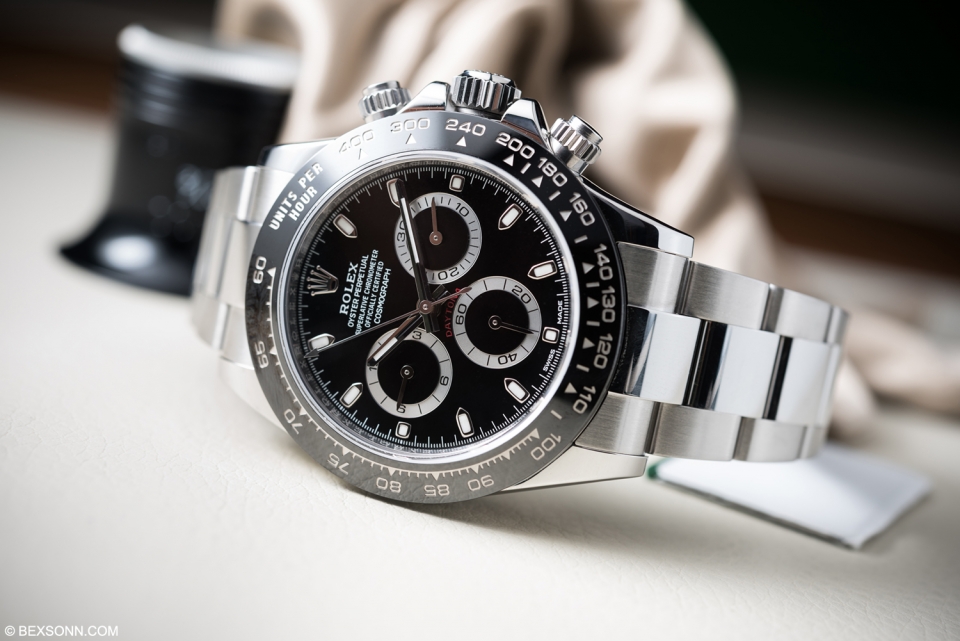 The new monobloc Cerachrom bezel by virtue offers a several advantages: it is corrosion resistant, virtually scratchproof and the colour is unaffected by UV rays – which means zero patina. This extremely durable bezel also offers more legibility to the tachymetric scale, thanks to a thin layer of platinum in the numerals and graduations via a PVD process. The monobloc Cerachrom bezel is made in a single piece, which holds the crystal firmly in place on the middle case, ensuring Oyster tight waterproofness. The case remains at 40mm, fashioned from 904L steel, on an Oyster bracelet that incorporates a neat little 5mm comfort extension link. Inside is the same old faithful calibre 4130 automatic chronograph movement. 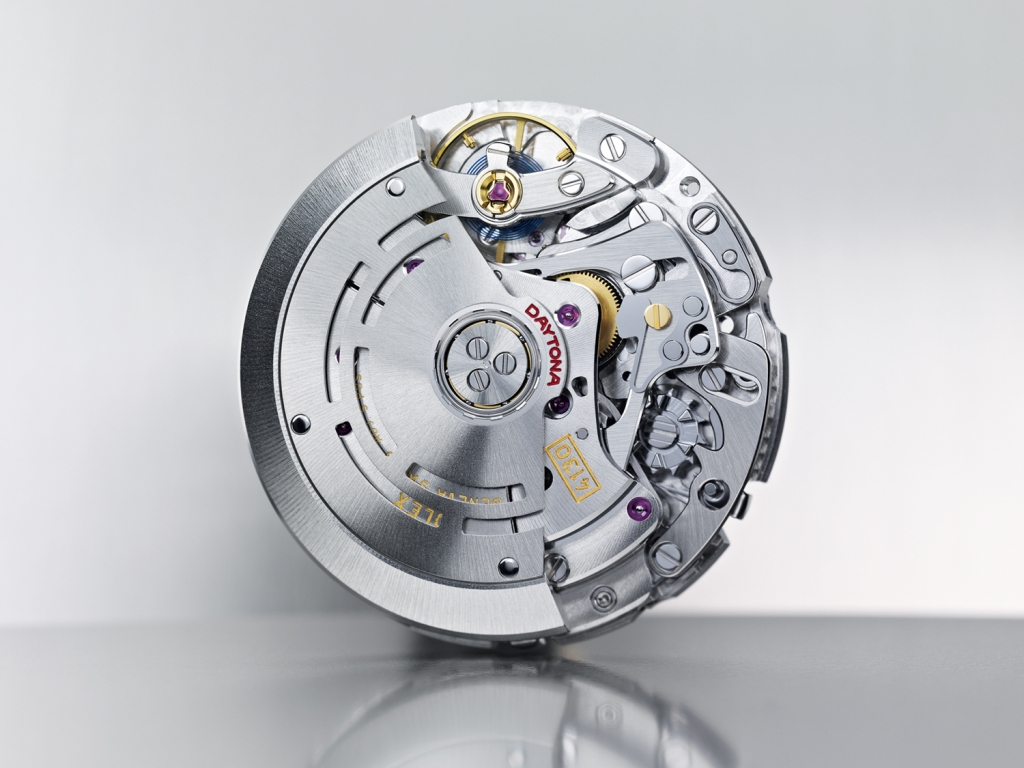 The Cosmograph Daytona is covered by the Superlative Chronometer certification, which was redefined by Rolex in 2015. This exclusive designation testifies that the watch has successfully undergone a series of tests conducted by Rolex in its own laboratories according to their own criteria, which exceeds watchmaking norms and standards. The certification applies to the fully assembled watch, after casing the movement, guaranteeing its superlative performance on the wrist in terms of precision, power reserve, waterproofness and self-winding. The precision of a Rolex Superlative Chronometer after casing is of the order of −2/+2 seconds per day, or more than twice that required of an official chronometer. This Superlative Chronometer status is identified by the green seal, as opposed to red one, that now comes with every Rolex watch and is coupled with an international five-year guarantee. 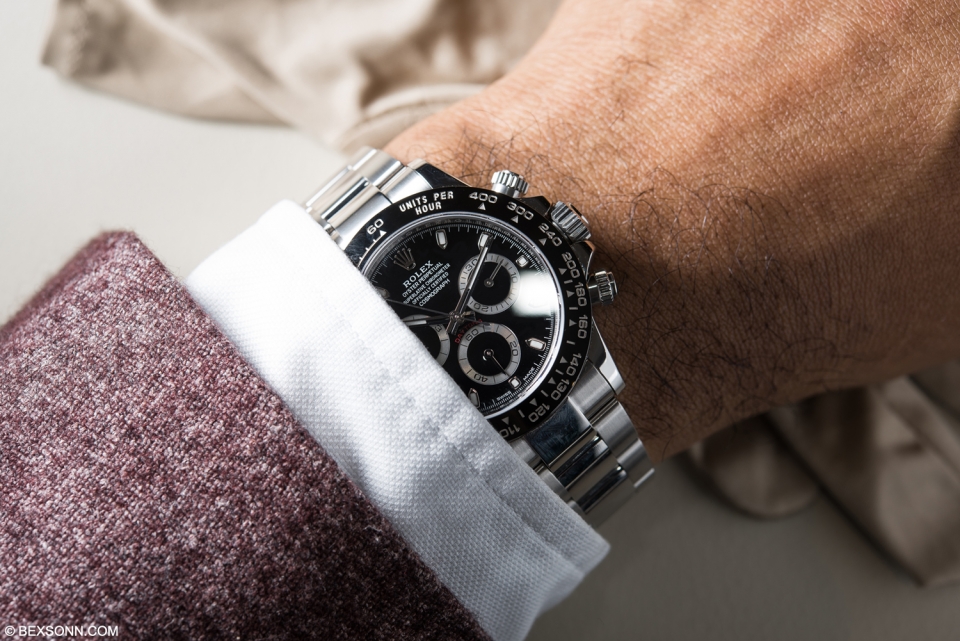 Personally, I think it’s great Rolex have finally introduced a steel Cosmograph Daytona with a black bezel, which for many completes the Daytona cycle but why did it take so long many will ask, me included, considering Rolex had discovered the knowhow on ceramic bezels years ago? As ever, Rolex only have one way, the “Rolex Way”, nothing is ever rushed and it would seem Rolex have taken their time to listen to the consumer. But that said, I do think one or two more things could have been taken into consideration. 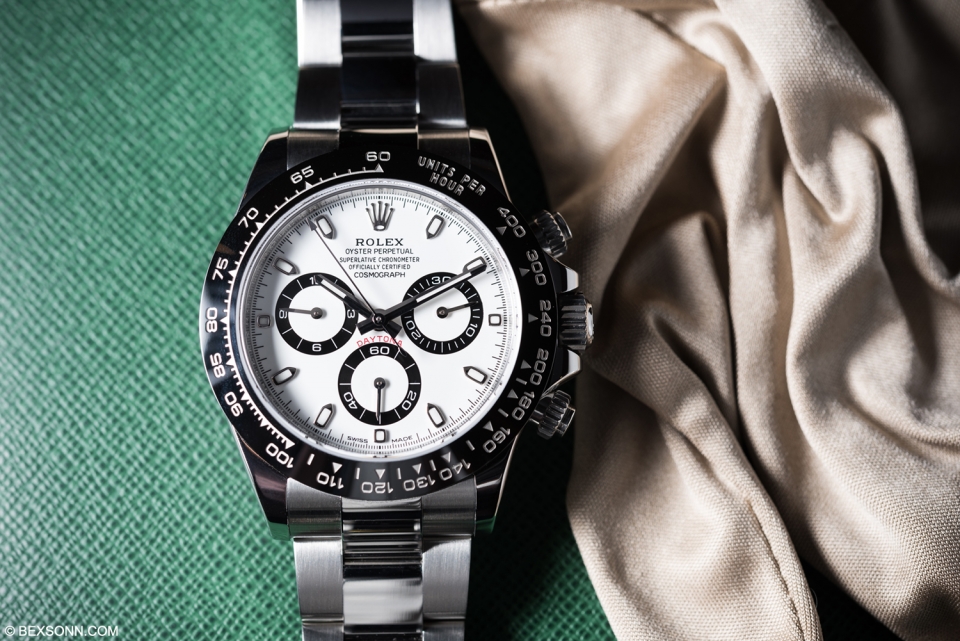 When I first saw the new Daytona the only choice to be made, funds permitting, was if I would have it with the black or white dial, without hesitation I’d go for black. However, after seeing both the white dial and black dial side-by-side I changed my mind. Why? The balance of the black-on-black Daytona doesn’t translate as well as I thought in person. In my opinion, I just think there is too much black glossiness and it would’ve been nicer to see more contrast – a matte black dial perhaps, it has been done by Rolex before, as recently as 2014. One other detail that would’ve have been nice to see Rolex resurrect, is the full white on black and black on white sub dials but who knows, maybe Rolex are making us wait just that little bit longer, or perhaps I’m just being pernickety. That said, there is no doubt that right now the new Rolex stainless steel Cosmograph Daytona waiting list is growing by the second as you read this and that my dear readers is just how sought after the new Daytona is and will be for many years to come.

The new Rolex Cosmograph Daytona 116500LN is priced at £8,250 including VAT. More information is available on the official Rolex website. 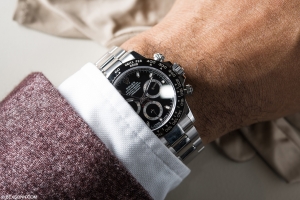 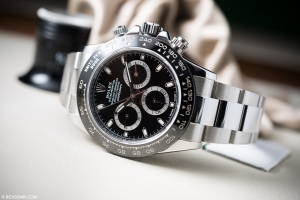 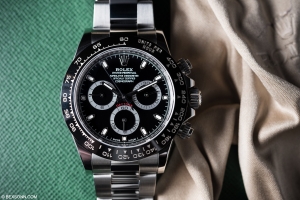 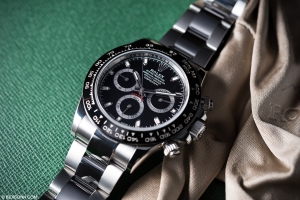 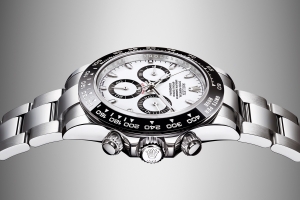 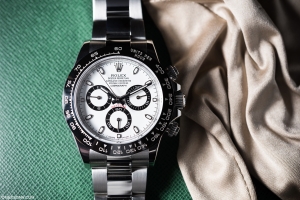 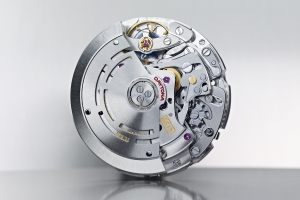