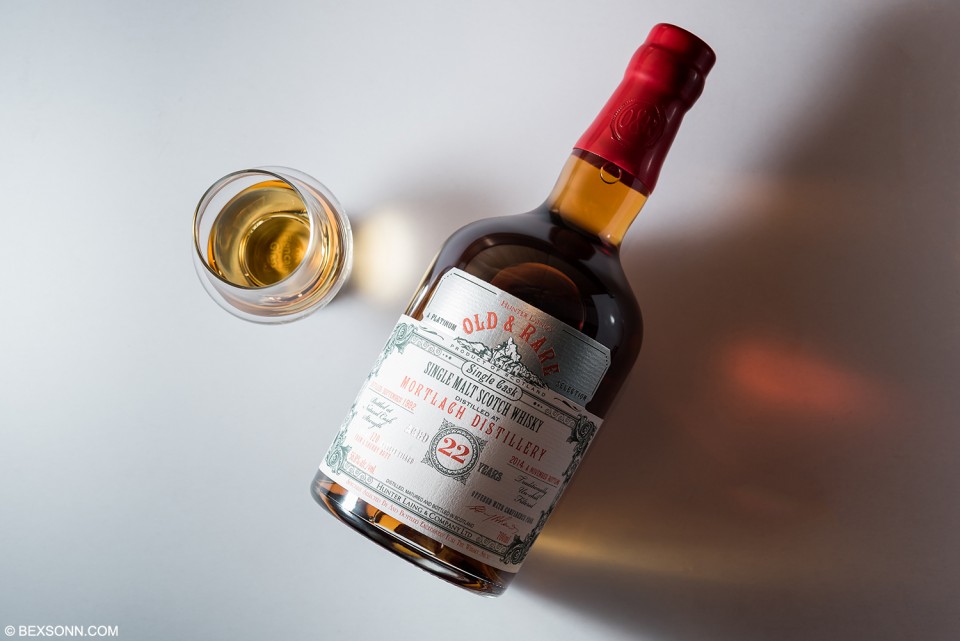 Mortlach 22: I’m no stranger to Mortlach, in fact I’ve tasted pretty much all of their new re-branded expressions and luckily enough for me, I’ve also tasted Mortlach before the new shiny bottles when they were part of the Flora & Fauna series. Of course what you are looking at here is not one of those bottlings but one from independent bottlers, Hunter Laing’s. We’ve posted tasting notes on one of their expressions right here but this one is somewhat different. This is something from their Old & Rare expressions, which is considered to be their top-tier bottlings. It is said that each sip of whisky from the Old & Rare range must be savoured but done so with a little sorrow, due to the fact that such a taste cannot be exactly replicated again. This rare Mortlach is one of only 120 bottles drawn from a sherry butt and bottled at a cask strength. It was distilled in September 1992 and bottled in November 2014.

On the nose: is an intense sweet flavour of pear drops, strawberry sherbet, butterscotch and a lovely note of lemon cheesecake. This is nicely followed by marzipan, liquorice, toasted oats, vanilla and an unexpected smoky aroma. Rounding off the nose is dried fruits, currants and nutmeg, giving you an overall note of Christmas cake. On the palate: you’ll experience more of the dried fruit notes than the sweet notes of the strawberry sherbet. Spicy notes of black pepper,  and smoke is more predominant, followed by a more subdued note of pear drops, lemon zest, butterscotch and liquorice. The finish: is long, dry, spicy, with lingering oak and smoke.

The verdict: This Mortlach 22-year-old expression from Hunter Laing’s is very rich in flavour with some of the most delightful notes on the nose. However, when it comes to the palate, it’s much harder to appreciate without a drop of water, which in my opinion really does balance this dram out. With an ABV of 56.8%, you’ll need at least a few drops of water to take the edge off. While it is still palatable at cask strength, it definitely doesn’t taste as good without it.

This Mortlach 22 Year Old Single Malt Scotch from Hunter Laing’s, which is exclusive to The Whisky Shop, can be found in-store or online at The Whisky Shop for £335.