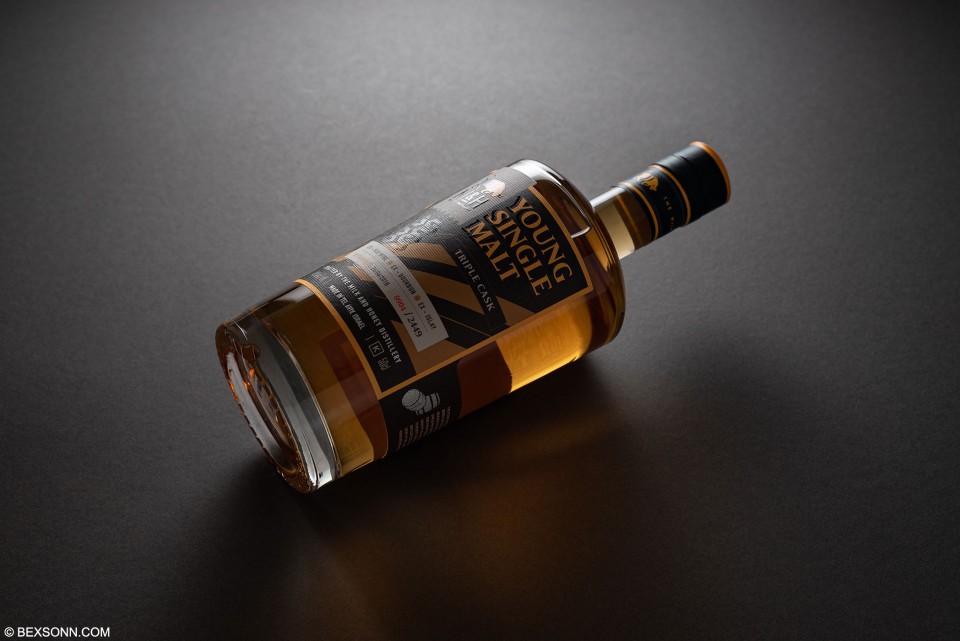 It’s not the first time we’ve tasted whisky from a part of the world that isn’t really known for its whisky making credentials but that doesn’t really stop anyone these days – just look at Kavalan for instants – who haven’t only created a name for themselves but also can lay claim to making award-winning liquid gold. That said, this spirit from Tel Aviv’s Milk & Honey Distillery in Israel, it’s not old enough to be called whisky yet. The Milk & Honey brand is Israel’s first single malt whisky distillery. It began operating in 2014 in the south of Tel Aviv. Besides manufacturing, there’s also a visitor centre, where visitors can learn more about the distilling process and enjoy whisky tastings. However, actual whisky from the distillery won’t be ready until 2019. The team at the distillery like to experiment with casks, and this has been matured in red wine, bourbon and casks that used to hold smoky whisky from Islay. It’s a softly smoky and complex drink, with layers of fruit and spice.

On the nose: you’ll get enticing notes of spices, quickly followed by dried apricots, pineapple and raisins. These initial notes are followed by aniseed, lemon zest, toffee and hints of peat. Notes of white pepper, honey and cream start to emerge, as well as port. Completing the nose are notes of fresh grapes, cinnamon, nutmeg a meaty note and a warm buttery note. On the palate: those peaty notes are ever-present, followed by spices, cinnamon, nutmeg, fennel seed and marzipan. Notes of butterscotch, salty caramel, and vanilla start to appear, alongside a hint of zest and dried fruits. Rounding-off the palate are notes of green herbs, rosemary, bitter dark chocolate and toasted oats. The finish: is medium/long, sweet and zesty, with lingering meaty note and peat.

The verdict: I’m always a little excited to try something completely different and this dram was quite a nice surprise. This Young Single Malt from the Milk & Honey Distillery was rather enjoyable, with plenty of welcomed notes surfacing and plenty of peat that do have a tendency to cover a multitude of sins. While it is evident this dram is indeed rather young, there was plenty to suggestion depth in flavour. Bottled at an ABV of 46%, in my opinion, it doesn’t require any water in my opinion. However, I’d suggestion you try it without water and then gauge if any is required to suit your palate.

Milk & Honey Young Single Malt can be found online or in-store at any well-stocked whisky shop for approximately £60.

For more information on this Milk & Honey Young Single Malt, check out their official website.