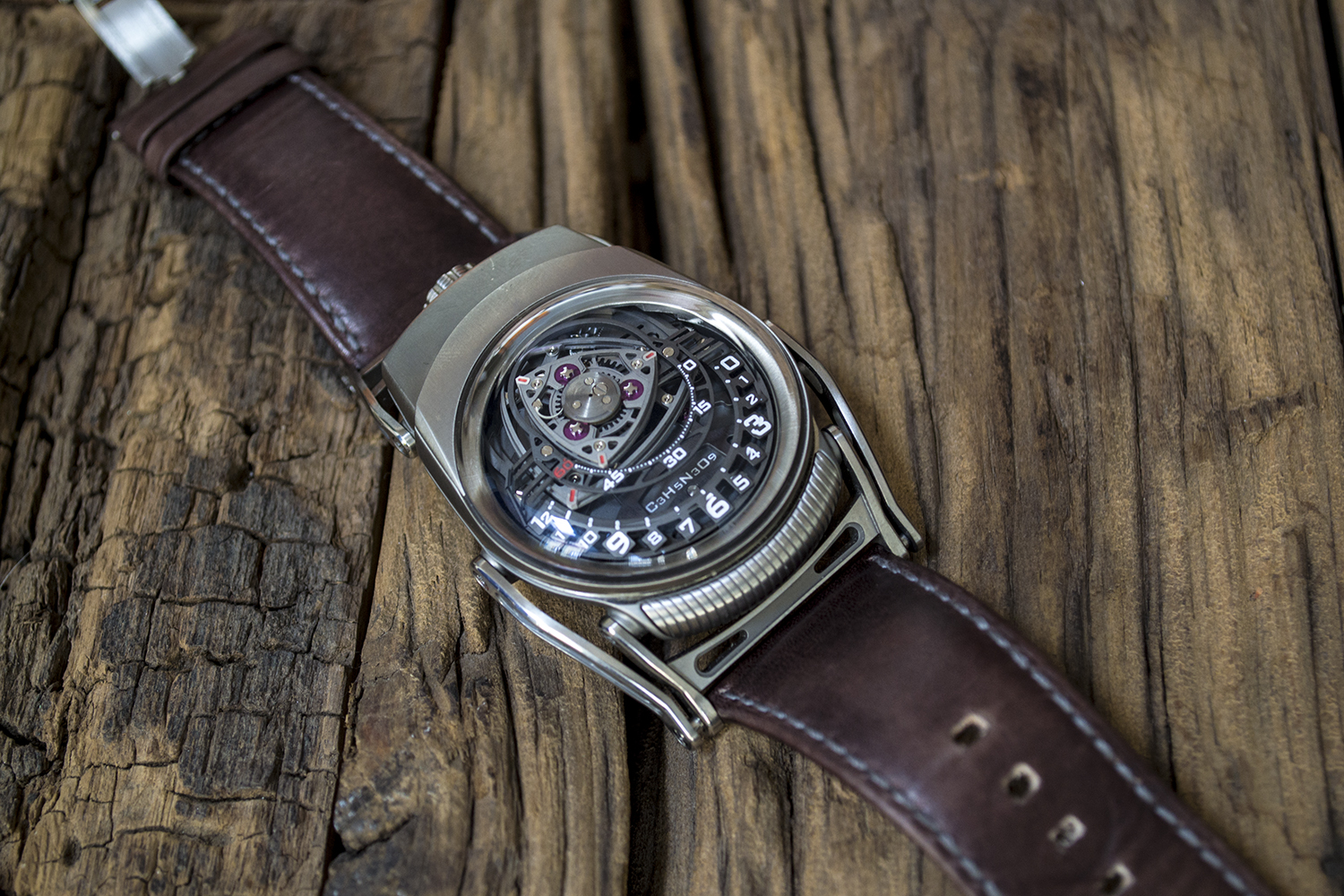 MB&F x Urwerk C3H5N3O9: If you didn’t already know, I’m a big fan of MB&F and it just so happens I’m also a fan of Urwerk. Yesterday, I had the great pleasure of wearing this baby for a good few hours. I was grinning like a kid in a sweet shop! 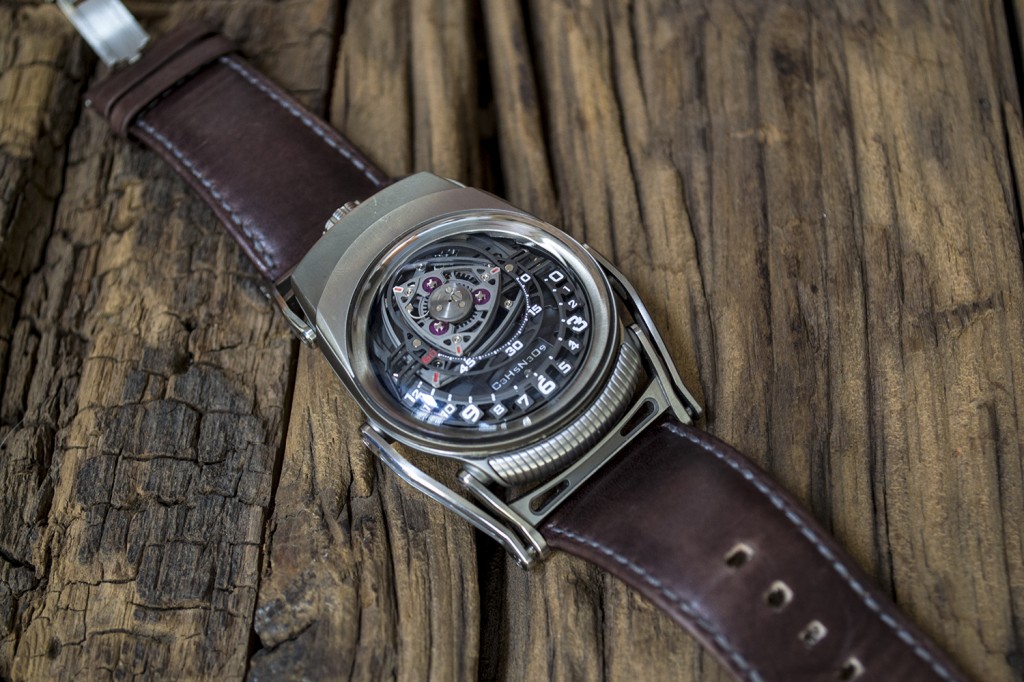 Yes, I’m late but better late than never! While you may think these two high-end independent brands are competing with each other in the world of Haute Horlogerie (which I believe they probably are, considering the audience and their price tags are in the same ballpark). Every once in a while brands like these create marvellous timepieces, bringing the meaning of Swiss-Made to the forefront; which is actually a sharing of wealth, knowledge, and ideas between people in Switzerland to promote “Swiss Made” as a whole.  Bang! The explosive marquee C3H5N3O9, otherwise known as the chemical make up of nitroglycerin (I should’ve paid more attention in Science classes).

The C3H5N3O9 movement is based on the principle employed in a Wankel rotary engine. For car lovers (which I am), the Wankel concept is used in Mazda’s rotary engines, one of my favourites being the Le Mans 787B. In principle it uses a sort of triangular engine rotor that moves in an unconventional pattern. The Experiment takes two of these rotor style discs on top of one another to indicate the minutes and hours along linear paths. Its sort of a Wankel sandwich with watch gears in the middle. While the movement design is brand new, it employs the same basic concept Urwerk uses in most of their watches to show the time. The movement is manually wound with a 39 hour power reserve. 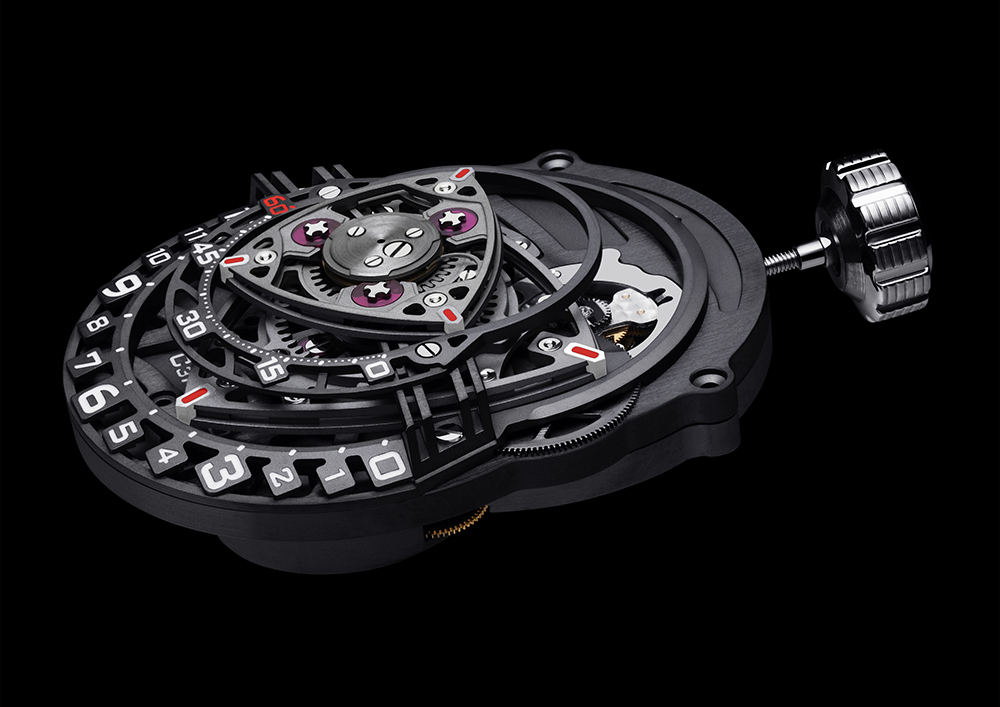 While the C3H5N3O9 may not actually explode in your presence it certainly does spark a few chemical reactions within – pun intended. On the wrist it is an absolute pleasure to wear. While the case is 44mm wide and 55mm tall without the lugs, it does fit  very well as the lugs on the case articulate to fit over your wrist – making it extremely comfortable and almost easy to forget your even wearing this baby. In all honesty it doesn’t even seem that large on the wrist, how strange….? Sadly, after many  hours of wearing this piece of Haute Horlogerie came the moment when Ian Skellern had to take the timepiece away with him (holds back the tears). It was great while it lasted! 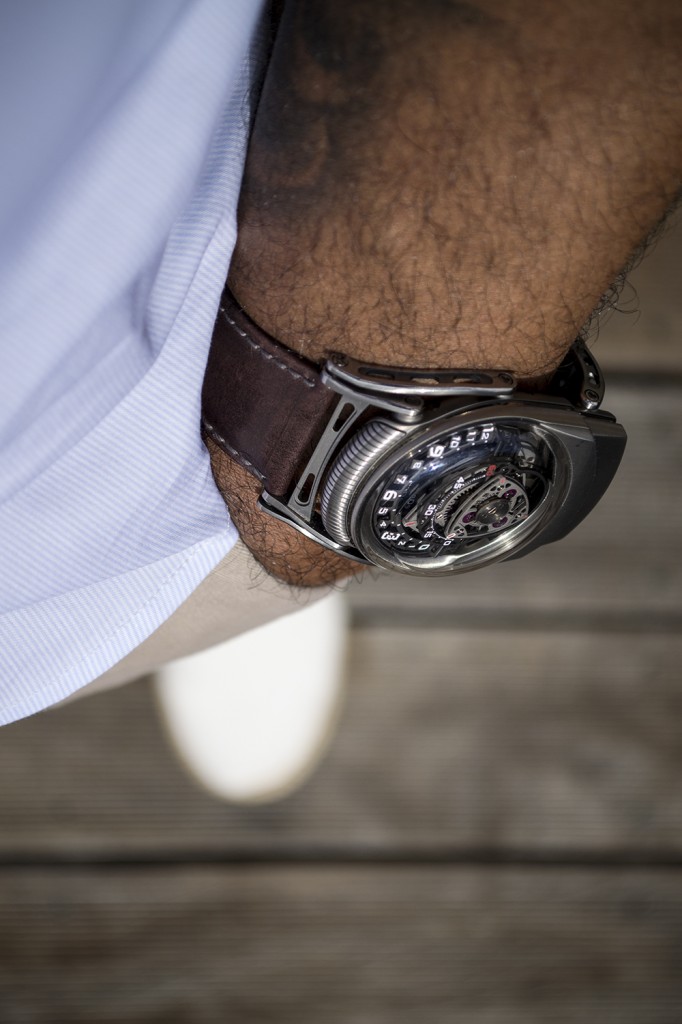 If like me you are a fan of these two independent brands, you’ll absolutely love the C3H5N3O9, or nitroglycerin, or ZR012 and RG012, or whatever you’d like to call it. The only draw back is that the “Experiment” is limited to 24 pieces worldwide and probably the price tag of 130,000 CHF (swiss francs). To secure a C3H5N3O9 you’ll also need  to put down a deposit 40,000 CHF and as I’m rather late in posting this majestic bit of wrist-candy, all pieces are more than likely sold….?

For more information on this MB&F x Urwerk collaboration check out the official C3H5N3O9 website.