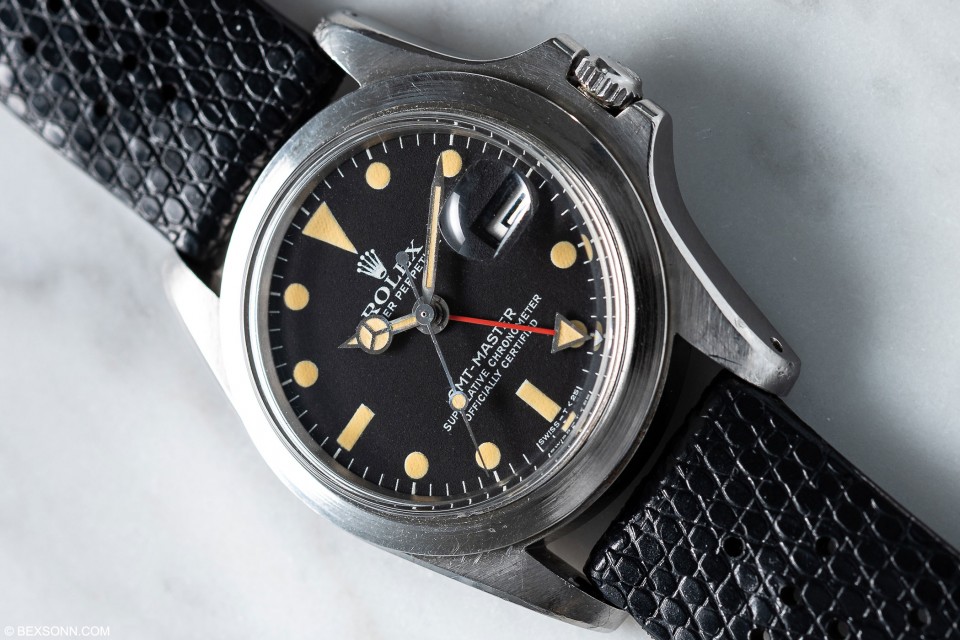 For the final leg of this year’s auction season, we head to New York where Phillips will be hosting their thematic ‘Game Changers’ auction, which bar a few watches, sits on the slightly vague side. Whereas they’ve had more obvious ones like the previous double stamped auction in Geneva, the term ‘Game Changer’ is used liberally and applies to watches that were owned by prominent Americans and also watch models in general that have been influential.

Anyway, by now most of you all will know that the piece everyone is talking about is the Rolex GMT-Master Ref. 1675 owned and worn by Marlon Brando. Most famously photographed on the set of Apocalypse Now, this GMT was one of the ‘lost’ watches, with many collectors speculating and wondering for years where this watch ended up.

Brando, who is seen as one of the most prominent and influential actors of all time will not only attract watch collectors with this GMT-Master, but also fans of film alike. The story goes that while filming Apocalypse Now, Brando was told to take off his watch. Somewhat, expectedly, he refused, musing that if the audience notices his watch, then his acting must not be up to scratch. The irony of that today certainly made me laugh.

Instead, he compromised and removed the insert as the Pepsi insert was quite loud in its colours. Fast forwarding through the years, he gifted this watch to his daughter, Petra Fischer who subsequently gifted it to her husband later on. It’s quite an amazing story and the final nice touch is that Brando actually engraved his name on the case back!

It’s interesting to note that larger than life figures such as Brando resonates with vintage watch collectors. I do think this has to do with the very reason these collectors got into vintage pieces, and in particular vintage Rolex in the first place. Shunning a shiny new modern watch, vintage watches are attractive to us because they were made in a time of utilitarian honesty, where Rolex was a tool watch brand, instead of their ‘quasi-sport watch but actually super luxury’ position they hold today. Similarly, characters like Brando, with his bravado and charm, stands not only as a representation, but as a symbol of that mid-century masculinity we seem to harken back to. It is no coincidence that figures like Paul Newman and Steve McQueen have vintage Rolexes named after them. Through the view of rose tinted glasses and imbued with nostalgia, this is why we love vintage watches- because of the story.

Marlon Brando’s Rolex GMT-Master will go under the hammer at 450 Park Avenue, New York, on the 10th of December and while Phillips haven’t put an estimate on it I’d say upwards $500,000 would be a good place to start. For more information on this Lot, head over to the Phillips website.