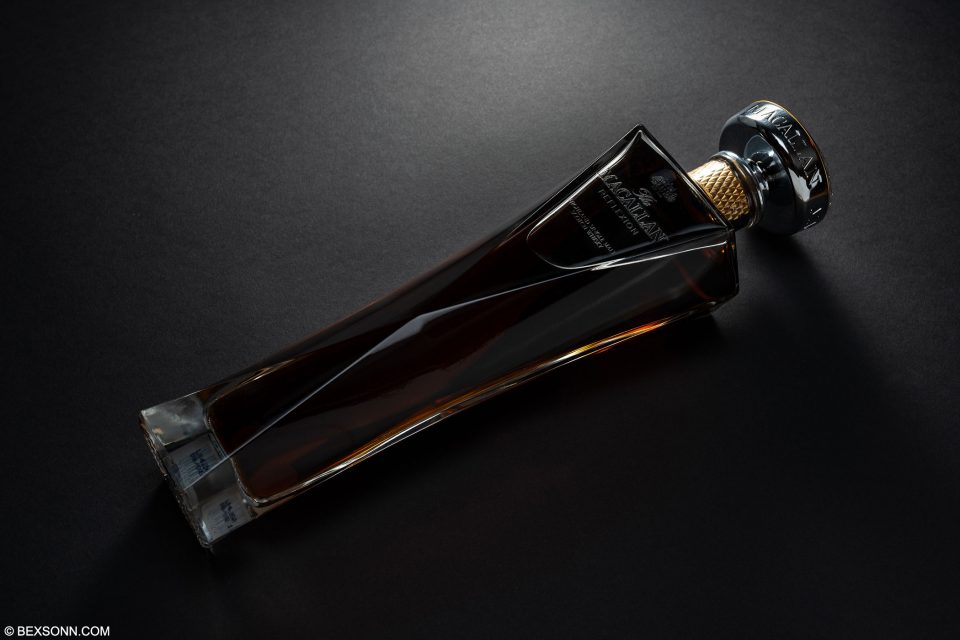 We’ve highlighted our fair share of Macallan in the past but until now, we’ve never posted any tasting notes on whisky from their Master Decanter Series. As you may already know, The Macallan is the third largest selling single malt scotch in the world and Macallan’s Scotch whisky is, primarily, matured in oak seasoned with sherry brought to the distillery from Jerez, Spain. The sherry cask finish scotch from Macallan is what could be considered their core age-statement range. However, The Macallan Masters Decanter Series was created to showcase the beautiful range of The Macallan’s natural colour and the Reflexion embodies the foremost influence of first fill sherry seasoned oak casks.

On the nose: you’ll experience an initial waft of oranges, pears and vanilla. This is followed by notes of fresh green apples, lemon zest and toffee. You’ll get a bouquet of butterscotch and the spiciness of cinnamon and cloves, followed by suggestions of fudge. Rounding off the nose is a touch of dark chocolate and a hint of citrus. On the palate: it has a lovely milky texture and those sweet orange and zesty notes are present, followed by vanilla, sultanas, raisins, marzipan and ginger stem undertones. Those spices nosed start to emerge, alongside some cardamom. Going back for more, notes of candy apple start to appear, followed by those butterscotch and toffee notes, with a hint of poached pears, liqourice and walnuts. The finish: is medium/long, sweet, with lingering zesty notes, spices, oranges and toasted oak.

The verdict: The Reflexion is a rather intriguing dram but embodies everything that is great about The Macallan. From nose to palate is a joy, with a finish that is something too savour. The Macallan Reflexion has an ABV of 43%. This drop of liquid gold doesn’t require any water in my humble opinion but feel free to add some to suit your palate. I’d suggest leaving it for approx. 10-minutes to breathe, which will yield more flavour.

The Macallan Reflexion Single Malt Scotch Whisky can be found at any well-sticked whisky shop for approximately £930. For more information on this Reflexion non-age statement expression from the Master Decanter Series, visit themacallan.com .