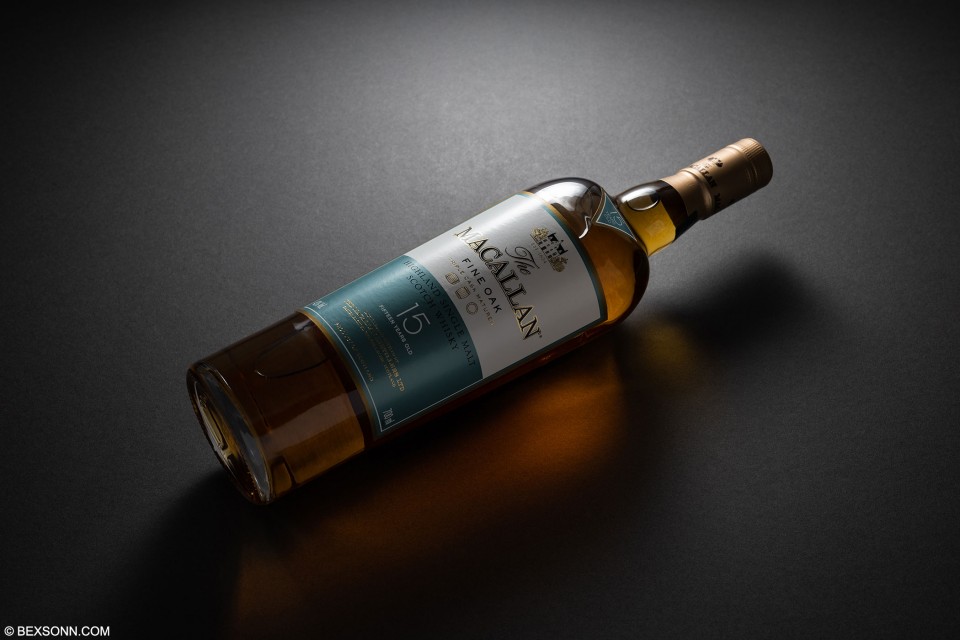 We’ve tried our fair share of Macallan scotch and have pretty much posted tasting notes on a wide range of their expressions, but we’ve yet to have tried their 15yo Fine Oak (now known as Triple Cask). At the beginning of 2004, Macallan introduced a new product, the Fine Oak Series (triple cask matured), with whisky matured and mellowed in seasoned American oak casks, as well as sherry casks from Spain. The Fine Oak Series was quite a departure for The Macallan distillery and at the time brought about rave reviews from some quarters even being awarded by one whisky expert for “Best New Scotch Brand” when it was launched.

On the nose: you’ll experience an initial waft of oranges, dried mixed fruits (raisins) and vanilla. After a couple of swirls notes of maple syrup and poached pears starts to emerge with a hint of brown sugar, ginger stem and some tropical notes. A few spicy notes start to appear alongside, cinnamon and white pepper. Completing the nose are notes of candy sticks, lemongrass, toasted barley and a hint of milk chocolate. On the palate: those sweet oranges notes are present, followed by vanilla, maple syrup and those dried fruit notes. Those spices nosed start to emerge, alongside some cinnamon, white pepper and ginger. Tasting it again, notes of lemongrass start to appear, followed by some tropical notes, marzipan, with a hint of chocolate and butterscotch. Rounding-off the palate are notes of oatmeal, a hint of mint, creme brûlée, some floral notes and parma violets. The finish: is long, sweet, with lingering mixed dried fruits, spices, herbs and nuttiness..

The verdict: Macallan as a brand are so well revered around the world and on evidence of this 15-year-old from the Fine Oak (Triple Cask) range, it’s not hard to see why. This is a Scotch that on the nose is rather rich and complex, with a palate that is rather spicy and fruitier than one would’ve thought. It is a delightfully balanced dram, with some wonderful light notes as well as some notes Macallan are well-known for. With an ABV of 43%, this is probably not a Scotch that I would add any water to but if you feel the need then only add in small quantities until it just right for you.