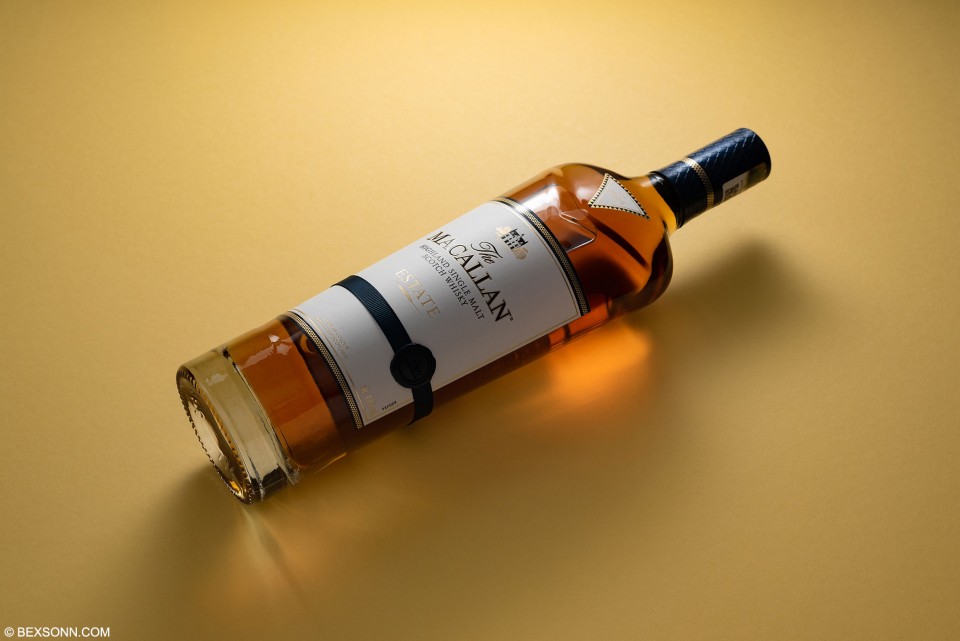 Macallan like creating new limited series and to be honest, so does the whisky collecting community when they do, but it is sometimes met with disapproval. A few weeks ago we were invited to a private tasting session to sample some of Speyside’s from The Macallan distillery and amongst those drams was the hotly anticipated Estate expression. The Macallan Estate is the Whisky Maker’s tribute to our heritage and home. It is an extremely special new single malt containing rare spirit from a proportion of the barley grown at Easter Elchies estate, which is distilled just once a year over the course of a single week. Created by Whisky Maker Sarah Burgess, The Macallan Estate is a celebration of the single malt’s peerless provenance and heritage.

On the nose: there’s a lovely waft of brown sugar, biscuits, orange peel and vanilla. These initial notes are closely followed by butterscotch, cinnamon, some tropical notes of banana, salty caramel, pears and apples, as well as raspberries. Completing the nose are notes of sherry, chocolate, nutmeg, all-spice, some floral notes and touch of spice. On the palate: notes of dried fruits and raisins are ever-present, alongside notes of orange zest and butterscotch. Spicy notes of cinnamon, all-spice and nutmeg start to emerge, as well as vanilla, some light tropical notes and figs. Rounding-off the palate are notes of poached pears, toasted oats, shortbread and lavender. The finish: is medium/long, sweet, spicy with lingering citrus zest and toasted barley.

The verdict: This limited edition Estate bottling is a rather intriguing dram of liquid gold. On my first encounter this dram didn’t seem so special, however, after a drop of water it completely changed. The nose and palate are rather delightful, though it does lack a little in the way of depth but is still unmistakably Macallan. With an ABV of 43%, so it doesn’t really require any water. Though, adding some water definitely yields more flavour.

The Macallan Estate Single Malt Scotch Whisky is available to by at any well-stock whisky shop and is priced at approximately £195.