The Macallan Edition No. 2 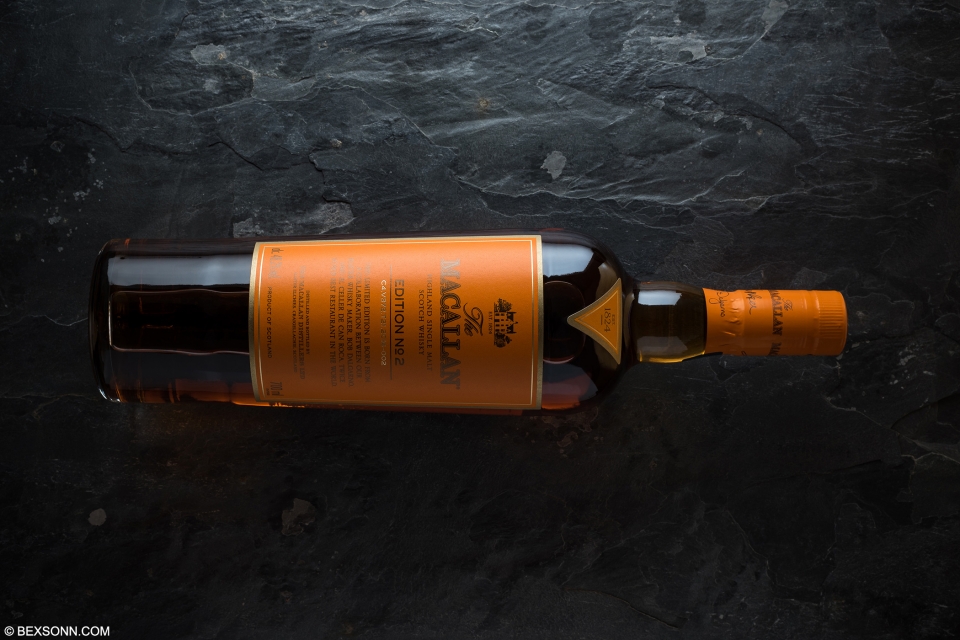 We’ve posted tasting notes on The Macallan before but those have all been aged statement expressions. This, however, is from their non-age statement range. There is a bit of a stigma attached to non-age statement whisky and our very own, whisky enthusiast, Michael Thurston has shared his thoughts on this very subject here. This expression is from their edition series and while we may have missed out on No.1, we made sure we wouldn’t miss out on No.2. Edition No.2 has been made in partnership with Bob Dalgarno, Whisky Maker at The Macallan, and the Roca brothers of restaurant, El Celler de Can Roca, in Catalonia. The Macallan Edition No. 2 uses a combination of sherry puncheons, butts and refill hogsheads, using both European and American oak.

On the nose: you’ll experience an initial waft of oranges, dried mixed fruits (raisins) and ginger stem. These initial notes are followed by cinnamon, cracked black pepper and a hint of lemon zest. After a few swirls in the glass notes of marzipan, cloves, shortbread and butterscotch start to emerge. Rounding off is a viscous note as well as a hint of green herbs. On the palate: those oranges are ever-present, followed by spices, cinnamon, vanilla, shortbread biscuits and a hint of milk chocolate. Notes of raisins and mixed currents start to appear, alongside, walnuts, and a touch of ginger and marzipan, with a lovely creamy texture. The finish: is long, sweet, with lingering mixed dried fruits, ginger and nuttiness.

The verdict: I’ve laid to bed my theory of the older the whisky the better it is and I’ve, cautiously, started to embrace more and more non-age statement whisky. This Macallan Edition No.2 is without doubt one of the best non-age statement drops I’ve sampled this year. It has so much flavour and depth that will leave you thinking that you  are indeed sipping on a dram with some serious years under its belt.  With an ABV of 48.2%, this is probably not a Scotch that I would add any water to but if you feel the need then only add in small quantities until it is just right for you. That said, these new Editions will be an annual releases and all I can say at this moment in time is, roll on No.3!

The Macallan Edition No.2 Single Malt Scotch Whisky from the Edition series is available online or in well-stocked Whisky Shops, for approximately £80.

For more information on the Edition No.2, visit the official Macallan website.