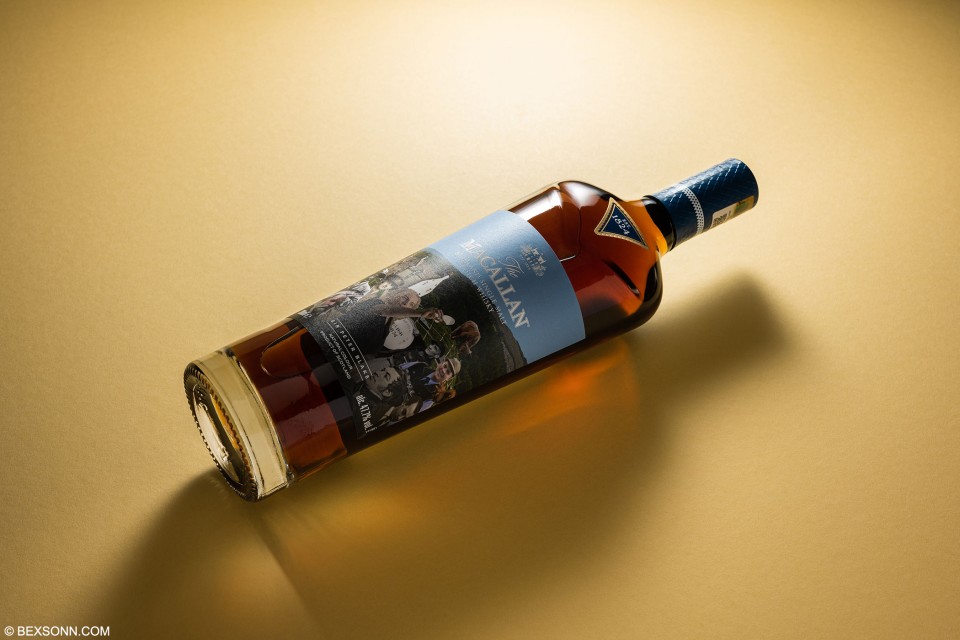 Macallan limited editions are sort of becoming de rigueur, however, this isn’t just any old limited release: This is an expression from the new Sir Peter Blake – Anecdotes of Ages collection. The Anecdotes of Ages Collection is an extraordinary art and whisky collaboration with globally renowned British pop artist, Sir Peter Blake. The collaboration is The Macallan’s third with the iconic artist, and is part of a relationship that has spanned almost four decades. The partnership celebrates our rich legacy and Sir Peter Blake’s remarkable contribution to the art world.

This special single malt whisky has been created to commemorate Sir Peter Blake’s visit to The Macallan Estate on the legendary River Spey. An Estate, A Community, and A Distillery tells the story of some of the colourful characters from The Macallan’s past and present and features a label digitally designed by Sir Peter himself. The Macallan Lead Whisky Maker, Sarah Burgess, was inspired by Sir Peter Blake’s character to create a whisky classic in style with surprising notes of treacle and black pepper.

On the nose: you’ll experience an initial waft of oranges, dried mixed fruits (raisins) and vanilla. After a couple of swirls notes of maple syrup and poached pears starts to emerge with a hint of brown sugar, ginger stem and some tropical notes. A few spicy notes start to appear alongside, cinnamon and cracked black pepper. Completing the nose are notes of candy sticks, lemongrass, toasted barley and a hint of chocolate. On the palate: those sweet oranges notes are present, followed by vanilla, maple syrup and those dried fruit notes. Those spices nosed start to emerge, alongside some cinnamon, black pepper and cloves. Tasting it again, notes of lemongrass start to appear, followed by some tropical notes, marzipan, with a hint of chocolate and butterscotch. Rounding-off the palate are notes of oatmeal, a hint of mint, creme brûlée, some floral notes and parma violets. The finish: is long, sweet, with lingering mixed dried fruits, spices and cacao.

The verdict: As you know, The Macallan as a brand are so well revered around the world and this limited edition series from the Speyside based distillery – is just a drop of liquid gold. This is a Scotch that on the nose is rather rich and complex that follows through to the palate, with suggestions of some really mature whisky floating around in there. It is a delicately balanced scotch but balanced to perfection – from nose to finish it is something to be savoured. With an ABV of 47.7%, this is probably not a Scotch that I would add any water to, in all honesty, but if you feel the need then only add in small quantities until it just right for you.

Ordinarily, this is the part where I say; The Macallan Anecdotes of Ages An Estate, A Community, and A Distillery Single Malt Scotch Whisky is available online or in well-stocked Whisky Shops, for approximately… However, as a it is a limited edition, Macallan only made it available from their own online shop and what’s more you had to be selected to buy one. Luckily for us, we managed to get our hands on one but there will no doubt be some available to buy at upcoming online whisky auctions, or perhaps on your international travels..? For more information on this Anecdotes of Ages expression, visit the official Macallan website.