A Look at Some Unfamiliar Lots from the Phillips Geneva Watch Auction: Three 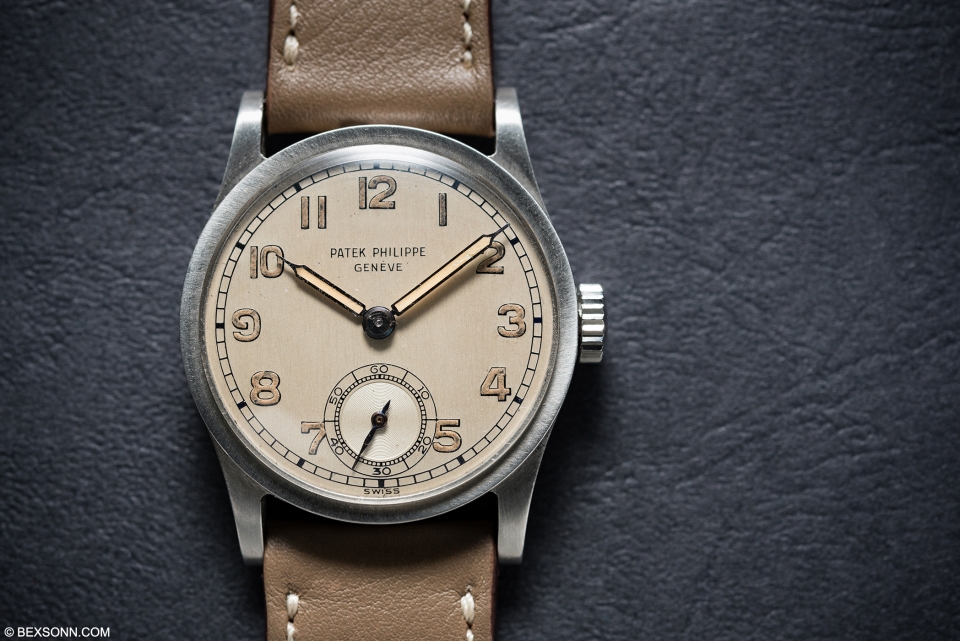 We’ve already highlighted some of our favourite picks from the Start-Stop-Reset auction of 88 ‘Epic’ stainless steel chronographs and mentioned just how significant those timepieces are. In-keeping with their current side-by-side auctions, Phillips will also be having the non-thematic Geneva Watch Auction: Three. It almost goes without saying that there’s also some outstanding timepieces on offer here too. Of course, this has been the mission statement of Bacs & Russo, in association with Phillips, from the beginning – to offer watch buyers the best and nothing but the best!

A couple of weeks ago, we were invited to the Phillips Head Office in London’s Berkeley Square to get up close with some of the rarest and truly exquisite timepieces that will be auctioned during the weekend of the 14th & 15th May sale that will once again take place in Geneva. In unusual fashion, we decided to pick out some of the pieces that may not be as prominent as some of the more eminent timepieces that fill the GWA3 catalogue. 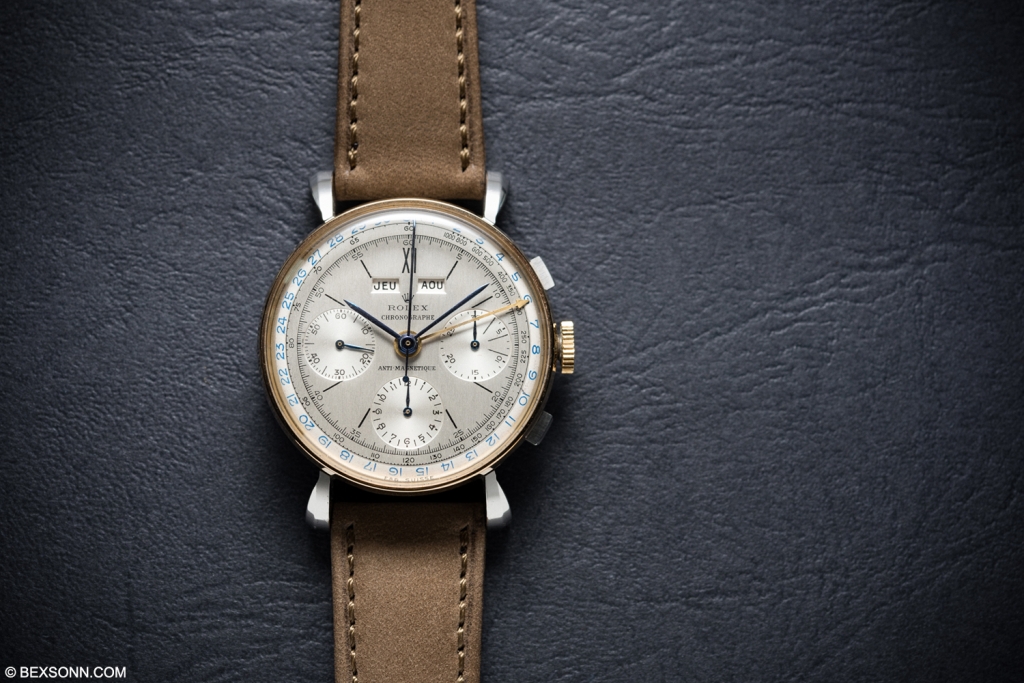 As with most auctions, Rolex always features quite heavily and this one isn’t much different. However, what we’ve highlighted here is not your average Rolex – it is quite the opposite. This 1948 reference 4768 anti-magnetic triple calendar chronograph is one of only 220 examples ever made. You’ll notice it bears uncanny similarities to one of its siblings, the Dato-Compax, which has also been coined the nickname, “Jean-Claude Killy.” In essence it is exactly that but of course you’ll notice it doesn’t feature the famed Rolex Oyster case. Instead it sports a 35mm stainless steel case, with a yellow gold bezel and crown, as well as oblong pushers – making it dressier. And to top it all off, elegant, elongated tear drop lugs. However, what it does have in common with the JCK is the movement and dial. Housed in this ref. 4768 is the reliable calibre Valjoux 72C, which is an absolute gem of a movement. The dial, for whatever reason seems cleaner than the JCK, perhaps the absence of applied markers and the use of a solitary roman numeral at 12:00, instead of the Rolex coronet makes all the difference. Nonetheless, this underrated, avant-garde, rare beauty is a trove for astute Rolex collector. 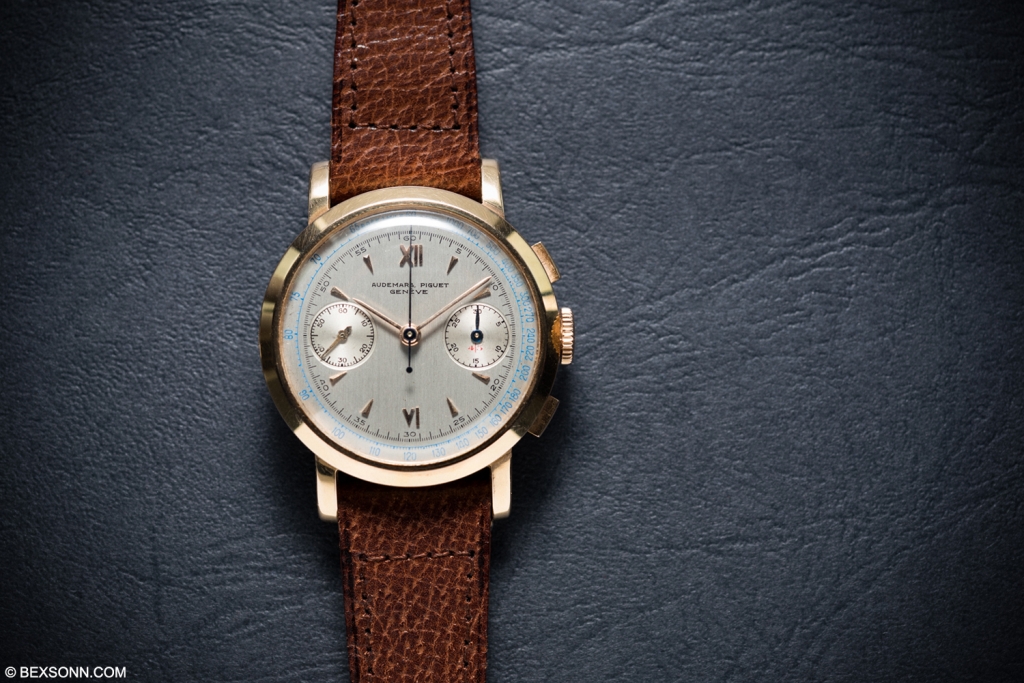 If you are a regular visitor to BEXSONN.com, then you’ll know we’ve featured vintage Audemars Piguet chronograph timepieces here quite heavily in the past and if you haven’t, then you can read those pieces here and here. Vintage Audemars Piguet doesn’t garner as much attention as say Patek and even Vacheron to that respect but this by no means makes them any less sought after. In the realm of vintage watch collecting and to be more specific, chronographs, Audemars Piguet are about as rare as they come. You see, AP didn’t produce as many wristwatch chronograph timepieces as say Patek and Vacheron. In fact, they were made in such limited quantities that only 286 examples were ever produced between the 1930s and 1950s. This 35.5 mm 18-carat gold vintage AP chronograph is in extremely fine condition. It features a silver dial, with two chronograph registers, a vibrant blue tachy scale and charming Roman numerals at 12 and 6 o’clock. It is powered by a highly modified Audemars Piguet Valjoux 13”’ VZ, hence the VZA and in my opinion, because of just how rare these pieces are, it pretty much beats any other 18-carat gold chronograph in this auction. 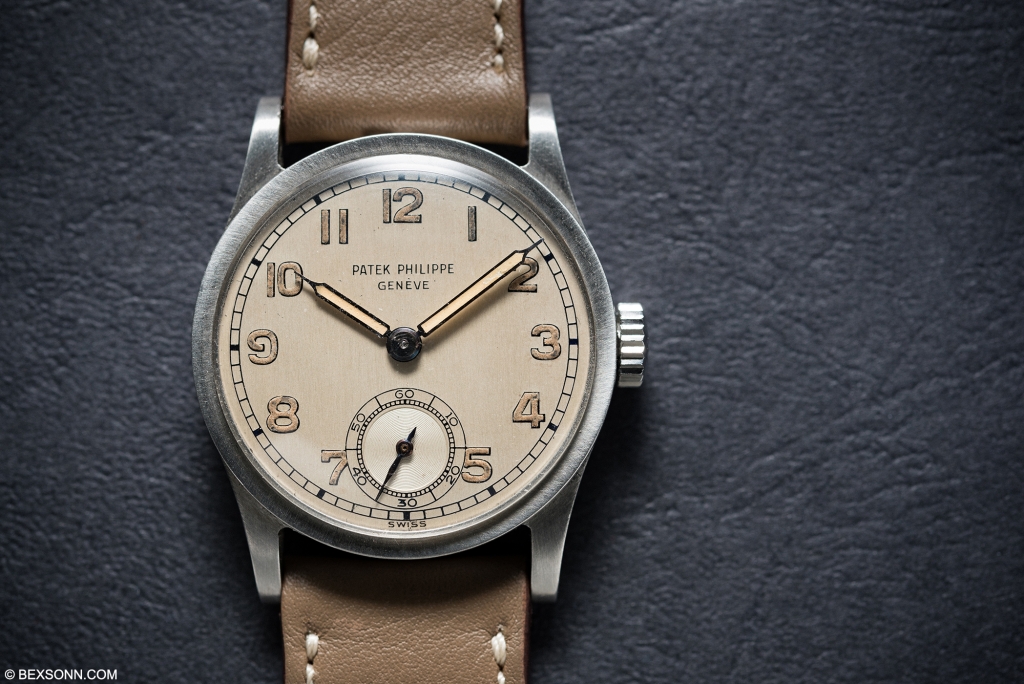 The reference 96 is the Patek Philippe that any Patek collector needs to have in their collection. The iconic ref. 96 epitomises the brands beliefs: with downplayed elegance, sophistication and above all its simple design. This timepiece alone defined the Calatrava style and it was also the first timepiece that heralded the new era of referenced watches for Patek. The reference 96 was such a successful timepiece, it remained part of the Patek range for some 40 years plus, starting from 1932 and ending in 1973. Of course tweaks were made to the ref. 96 but its design has remained recognisable throughout the years. This 1933 example ref. 96 features a much sought after 31mm stainless steel case, with what has been dubbed a ‘Telephone Dial’. The dial has a lovely warm creamy tone, with large Arabic numerals, railroad track minute scale, small seconds and syringe-style hands, giving it a somewhat military appearance – making this ref. 96 extremely uncommon and rare. You could even say the dial bears uncanny similarities to a certain Pilot Travel Time 5524G, introduced last year?  However, these traits alone is what makes this particular Patek Philippe both attractive and appealing to any watch collector.

What Phillips Watches have put together for their third auction is, without doubt, nothing short of remarkable – featuring some seriously rare and sought-after timepieces, which just exude quality. However, I can’t help but feel the GWA3 has been somewhat overshadowed by their Start-Stop-Reset all steel chronograph auction. That said, its apparent that within such a short space of time, we have already become accustomed to the high standards Phillips in association with Bacs & Russo have set in the watch auction market place. And the fact that the main event has only been eclipsed by their own thematic auction, speaks volumes.

For more lot information on The Phillips Geneva Start-Stop-Reset auction that will take place on the 15th May in La Reserve Hotel, Geneva, visit the official Phillips Watches website to view the entire catalogue