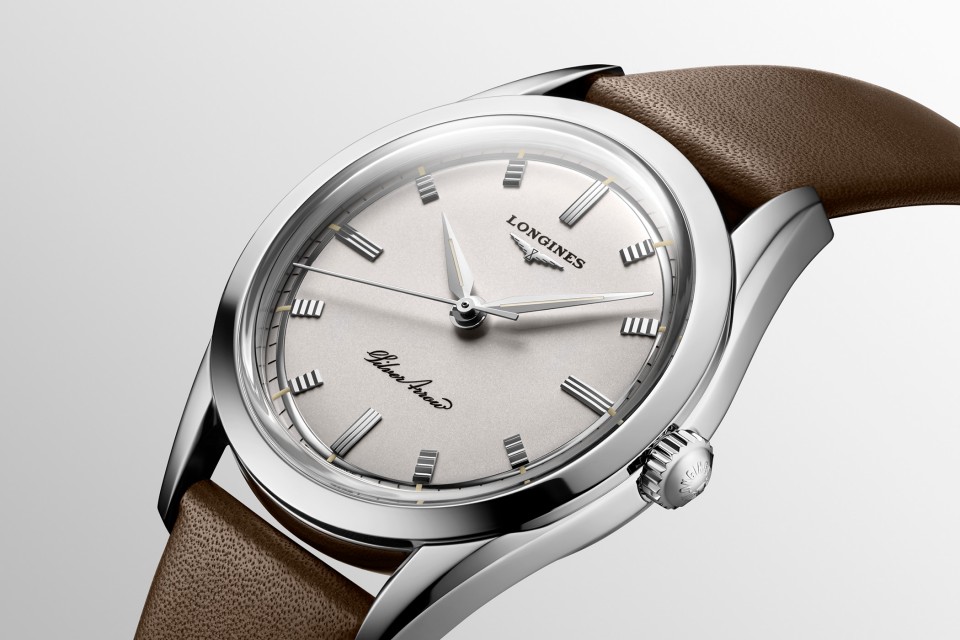 Longines appear to be making a lot of the right choices at this moment in time and have continued this year by introducing an absolutely stunning timepiece. Anyone who is familiar with formula 1 racing will likely have heard the name Silver Arrow before. The adventure began in 1955, when Longines held an in-house contest to find the name for a new timepiece with what was considered at the time an avant-garde design. After a number of name proposals, one name in particular stood out: “Silver Arrow”, a reference to the famous lightweight aluminium-bodied Mercedes-Benz that dominated the racing circuits of the 1950s. 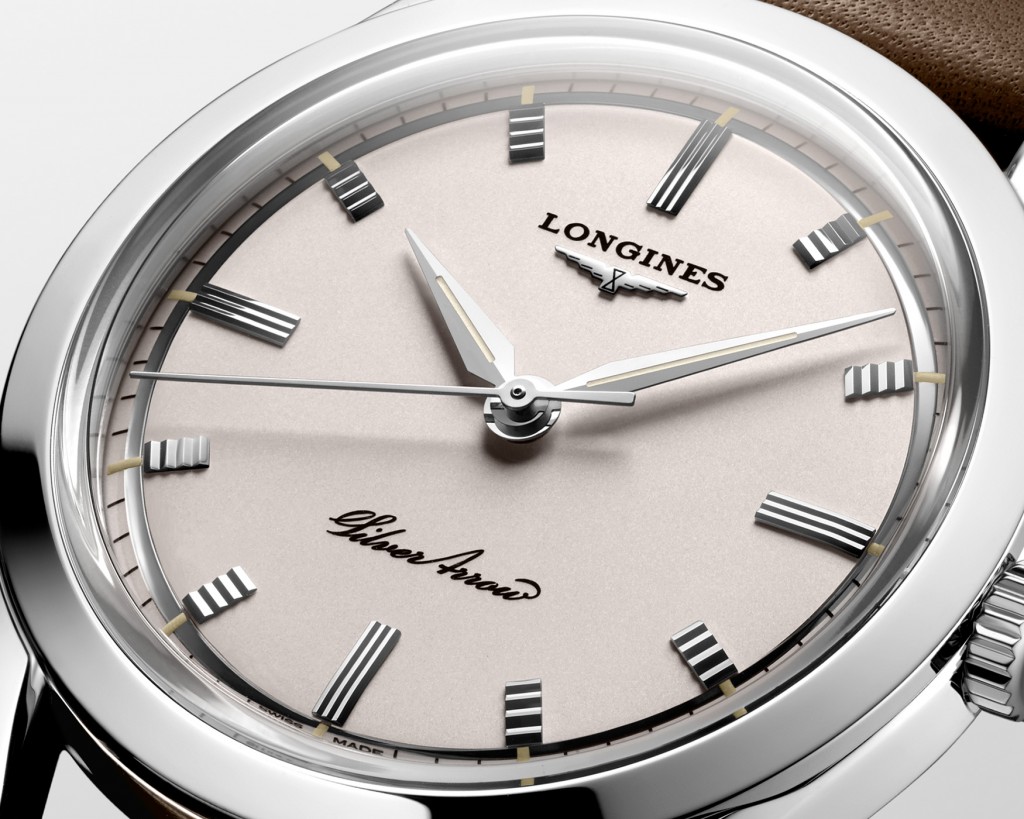 The first Longines Silver Arrow was introduced in 1956, which bore a supersonic plane flying through the stars. Though it’s interesting to note that Longines also reproduced the Silver Arrow about a decade ago but that featured a date window and had a much simpler aesthetic. Longines have brought the model back to life but it now bears much closer characteristics to that of the 1950s model. The dial is rather sparse but sophisticated, featuring a silver opaline dial features striated indexes (like the original version) and alpha shaped hands, which are inlaid with Super-LumiNova. The absence of a date display contributes to its understated character while maintaining the spirit of the original timepiece. 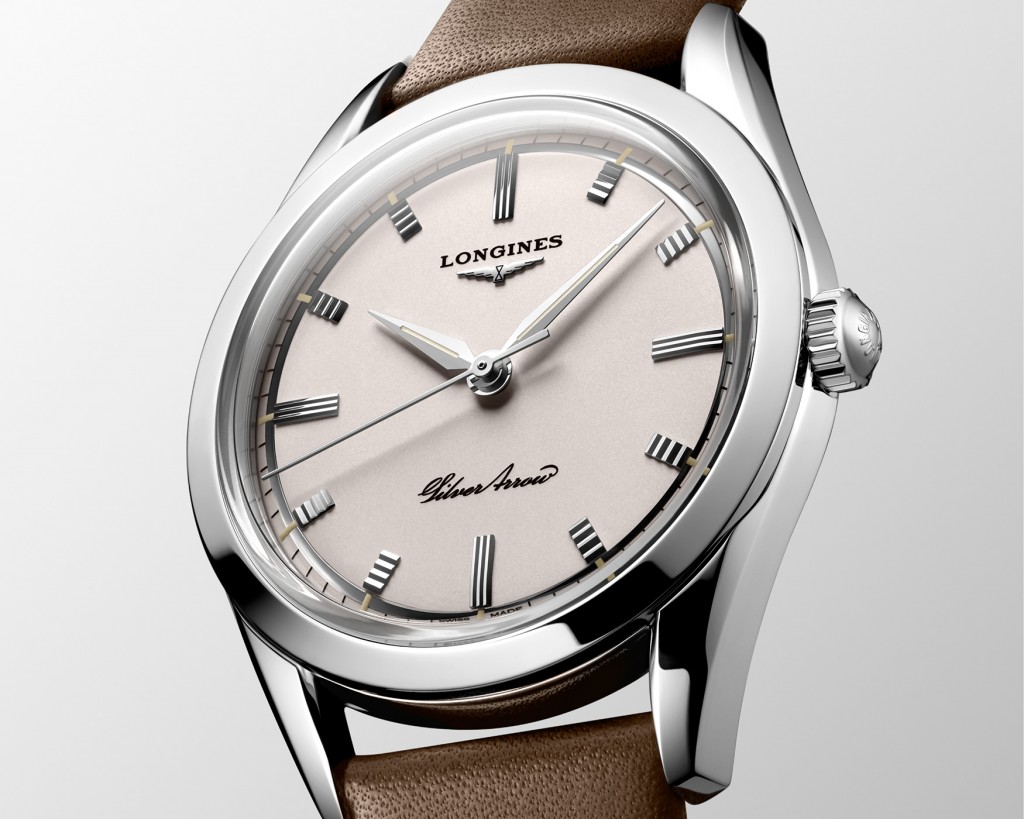 It is no accident that these days remakes are larger than their original counterparts, though the case of the new Silver Arrow is quite modest by today’s standards and measures just 38.5mm in diameter and 9.90mm in thickness that is water-resistant up to 30 metres. The sleek and uncomplicated case features a box-shaped sapphire glass with a multi-layered anti-reflective finish, as well as a screw-down back engraved with the “Silver Arrow” emblem. It is fixed to the wrist via a matte brown leather strap that has a vintage finish to it, completing this elegant throwback look.

This new Longines Silver Arrow houses a self-winding mechanical movement (L888.5) with a silicon balance-spring to ensure high-precision accuracy and enhanced resistance to magnetic fields. To prove its reliability, the Silver Arrow comes with a five-year warranty.

Longines have a long history of making some of the most aesthetically and technically pleasing watches in my humble opinion This new piece has the perfect mix of yesteryear and modernity of today. The inspiration of the case design comes from an era where these watches weren’t just mere time telling devices but actual tools and the simplicity in its design lends to its utilitarian purpose. The balance of the art deco dial is pure genius, with not only contrasting tones but contrasting tones and textures.

The Longines Silver Arrow (L2.834.4.72.2) comes on brown leather strap and retails for approx. £1,760. For more information on this watch, visit the Longines website.