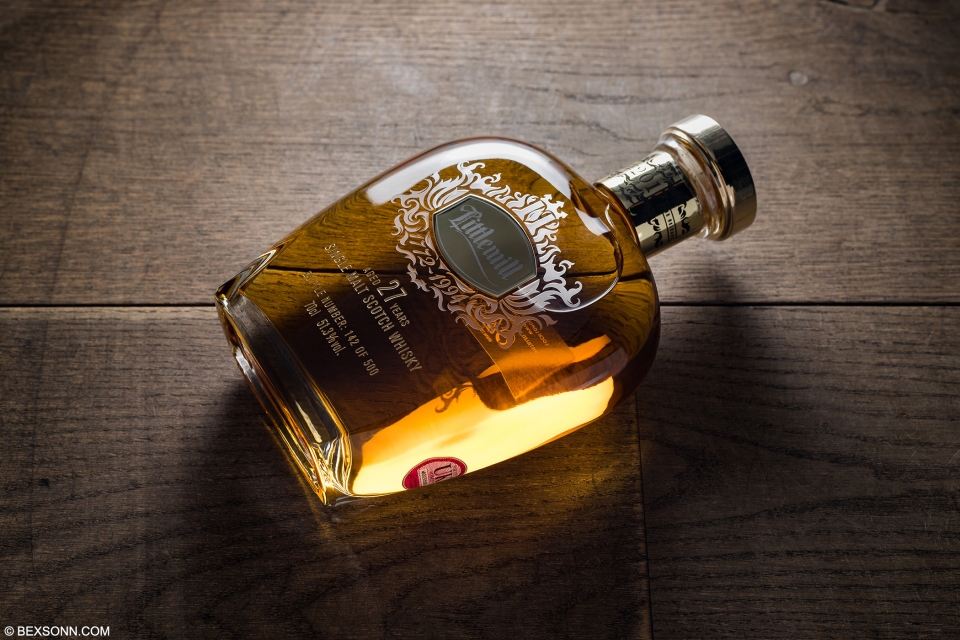 In the 1930s the Lowland distillery of Littlemill was best known for its triple distillation before moving to the more traditional double distillation method associated with Scotch whisky. In 1931, it is said the Littlemill distillery led whisky still innovation with technical designs that could create three styles of single malts from full-bodied to light. For 2017, Littlemill have launched their annual limited release, made up of 8 hand-selected casks from 1990 as a homage to the true Littlemill distillery character: light, floral spirit, reminiscent of the triple distillation of yesteryear. Made up of casks with a strong floral nature and subtle wood notes, distilled between 11th and 29th May 1990. The casks were filled at 68.8% strength, which allows them to retain more character while maturing in refill bourbon barrels. Once selected the casks were married in fresh bourbon for 12 months before bottling.

On the nose: is a waft of sweet pineapples, toffee, orange zest, vanilla and summer fruits. These are closely followed by notes of spices, black pepper, turmeric, and barley. After a few swirls in the glass, notes of brown sugar, stem ginger, mint and star anise start to emerge. Rounding-off the nose are notes of lemon zest, a woodland like note and a pinch of salt. On the palate: those pineapple and toffee note are present but there is also a lovely enticing note of marmalade. A warm meaty, earthy note starts to appear, followed by lemon zest, spices, aniseed, barley and brown sugar. The palate is completed with notes of mint, green herbs, turmeric and hints of a floral nature. The finish: is long, peppery and nutty, with lingering notes of oak and eucalyptus.

The verdict: Admittedly, I’d never heard of Littlemill until I was invited to a tasting but it is suffice to say it will not be easily forgotten. This 2017 annual release definitely has some rather intriguing notes that appear to be a lot simpler than first thought. Nosing at different time intervals unleashed much more depth, which balanced out the rather spicy nature of this dram. Bottled at 51.3 % ABV, in my opinion, it would be wise to add a few drops of water to smoothen it out just a touch.