Introducing the Limited Edition Patek Philippe Multi-Scale Chronograph Ref. 5975 For the 175th Anniversary, A Chronograph but not in the Traditional Sense 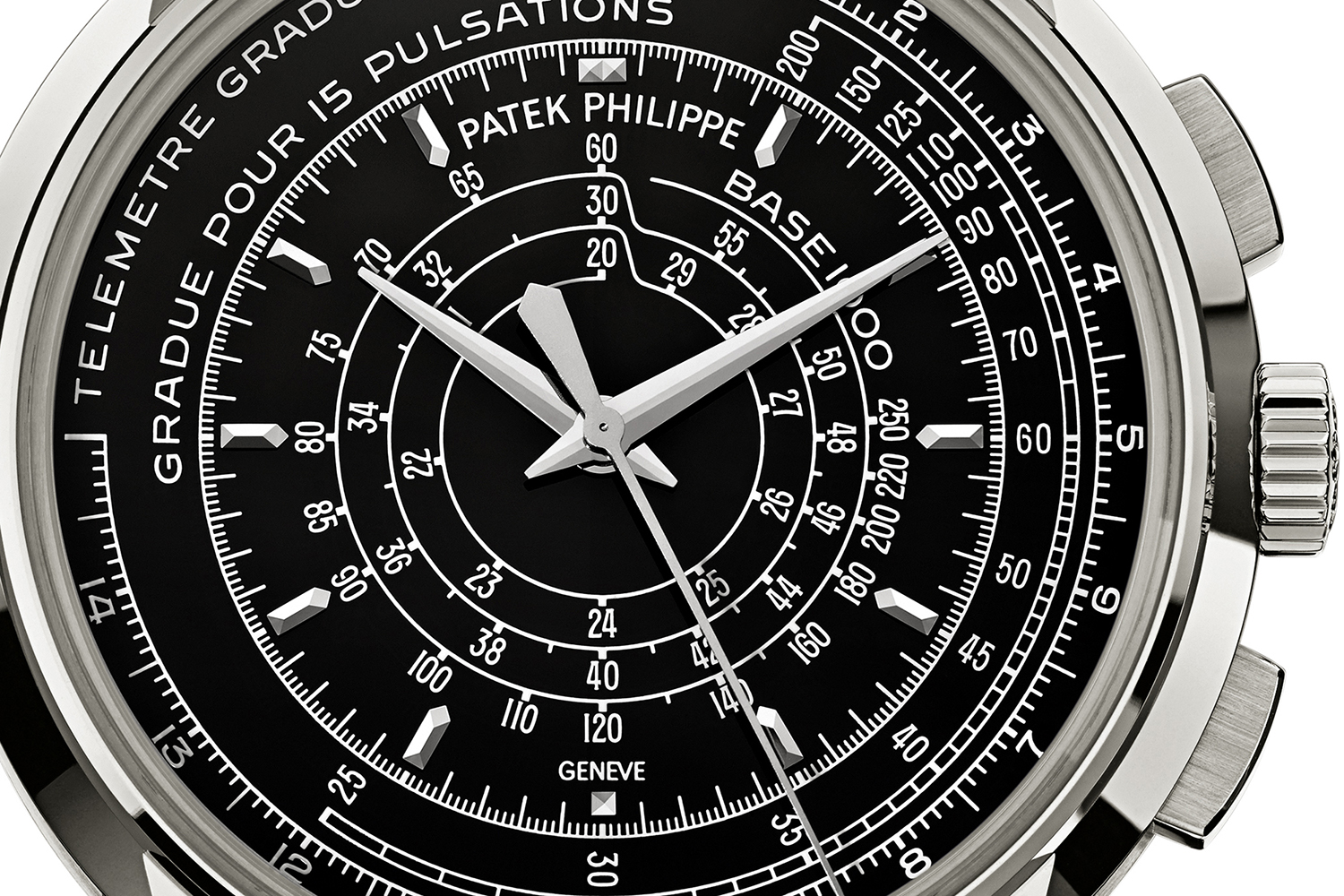 Patek Philippe Multi-Scale Chronograph: A couple of nights ago Patek Philippe introduced the Grand Master Chime, Chiming Jump Hour and the World Time Moon, all to celebrate their 175th anniversary. As Henri and Thierry Stern took to the stage, you just knew something important was about to be announced and they didn’t disappoint with the announcement of the Grand Master Chime but the piece that caught our eye was this Multi-Scale chronograph that although doesn’t look traditional to what we are used to seeing but as the name indicates has more than one chronograph scale. 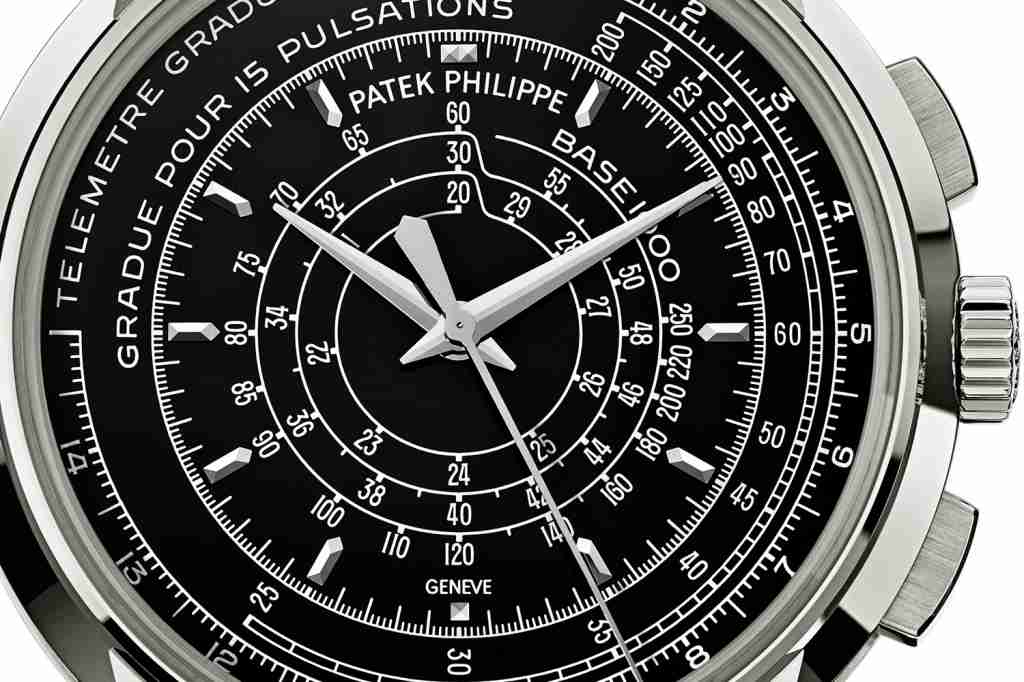 The Multi-Scale incorporates three different scales, a tachymeter, a telemeter and a pulsimeter, which we described in this very article last week. This 40mm case limited edition Multi-Scale chronograph looks very similar to that of the 5170. Though make no mistake, Patek haven’t just done what would look to be the obvious of just making a new dial for the 5170, this is a whole new watch.

As mentioned above the scales; the dial features three concentric chronograph scales that are very reminiscent of pilot watches used during the Second World War, these scales proved invaluable to pilots, troops on the ground and medics, they were literally calculators on the wrist. Though two-sub dial registers would display running seconds and a 30-minute counter, a bit like this Alpina we looked at earlier in the year, were usually found on pilot wristwatches. In a traditional sense this isn’t really a chronograph for recording accumulated time, though one for measuring the pulse, distance and speed – obviously for no longer than sixty seconds. 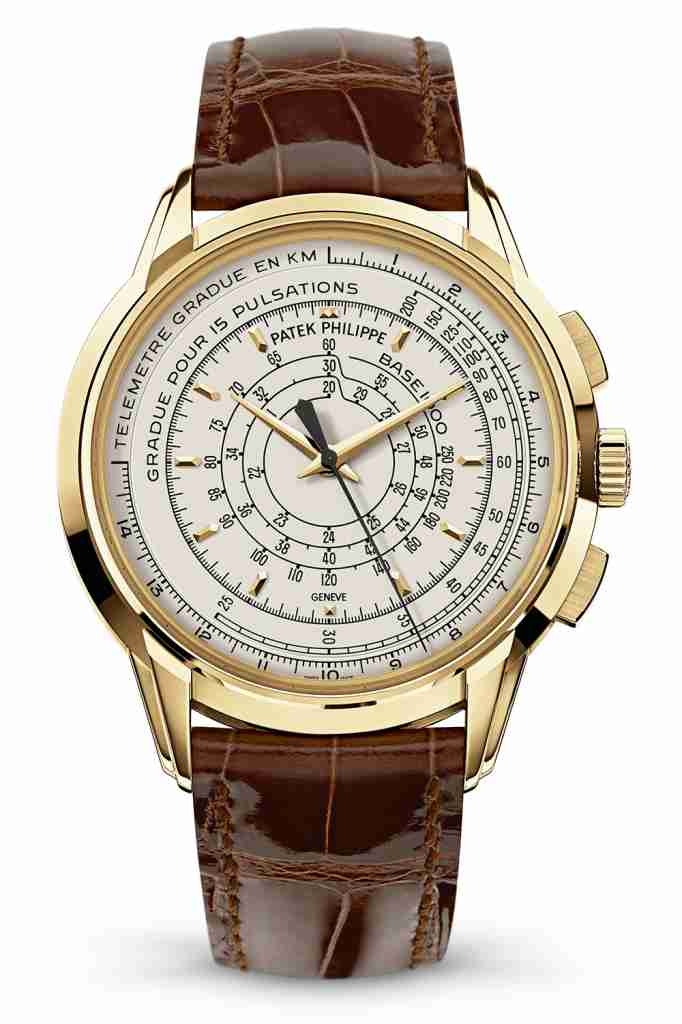 Like I said, this is a whole new watch and not a just 5170 with a different dial and there is further evidence of this in the detail of the case. The Multi-Scale ref. 5975 is actually a millimeter bigger than the 5170 and sports beautifully tiered lugs, which are invisibly screwed to the case band and bezel, giving it an art deco look. This complex but also very practical concept allows the case to be completely disassembled, simplifying the finishing processes as well as service interventions. 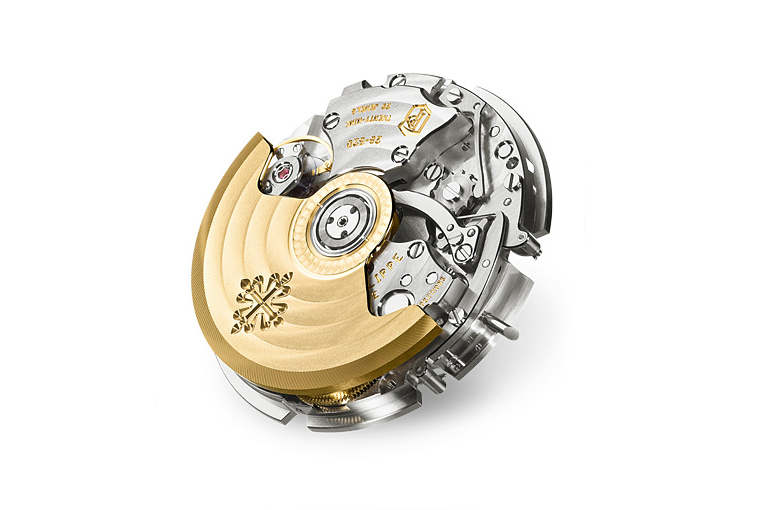 Another indication of Pateks commitment to not doing things by halves is also in the movement, this is not just a reduced version of the manual-wind calibre CH 29-535 PS found in the 5170, as it would’ve been easy for Patek to just remove the running seconds and 30-minute register but it is in fact an automatic chronograph. Patek have reworked the CH 28-520 calibre that can be found in the 5990/1A and 5960/1A that we looked at. It is a self-winding movement with a classic column wheel for controlling the start/stop functions and a nearly friction-free disk clutch that allows the sweep chronograph hand to be used as a permanently running seconds hand. Patek have increased the accuracy of the CH 28 520; the greater the accuracy of the movement, the higher the precision of the results displayed by the pulsimeter, tachymeter, and telemeter scales.

Patek have chosen on this occasion of the commemorative 175th anniversary Multi-Scale chronograph to hide the movement behind a solid case back, giving a bit more of a vintage look but it also allows Patek to engrave the case back with this inscription below. 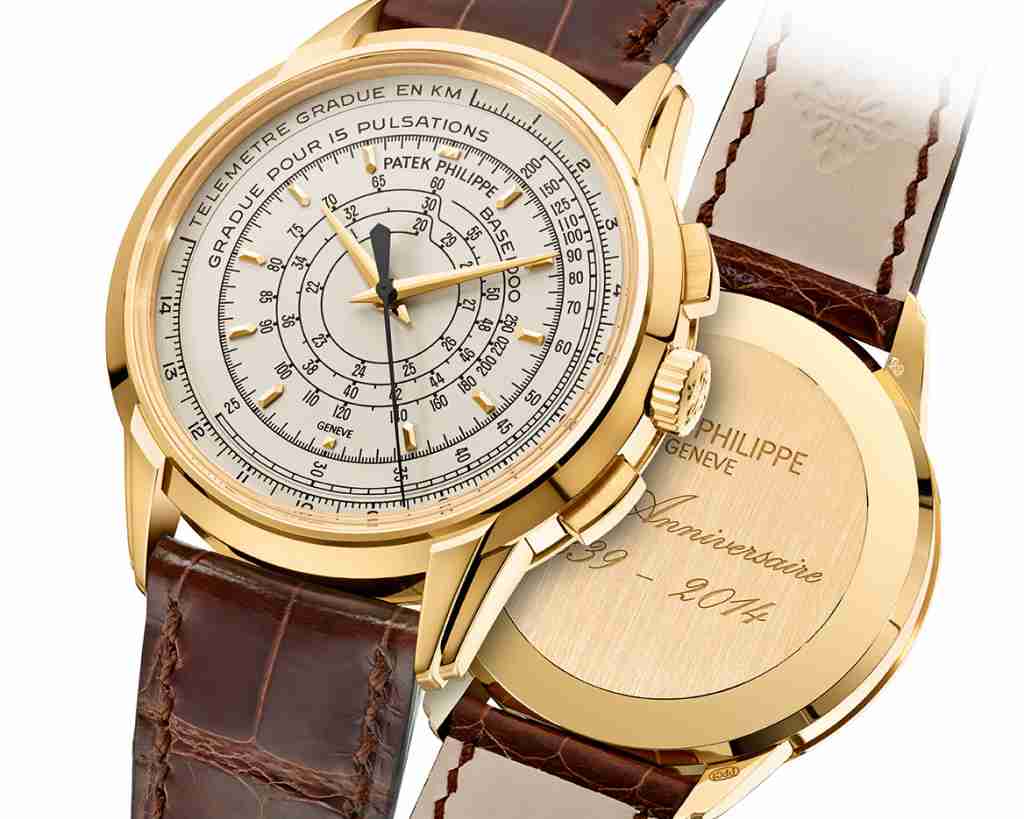 In regards to the dial on the ladies model reference 4675 the pulsimeter, tachymeter, and telemeter scales order is reversed. The Ref. 5975 for men will be presented in a limited edition of 400 watches each in 18K yellow, white, and rose gold at a price of £43,480 and £45,120 respectively, as well as 100 versions in platinum at £63,990. The ladies’ smaller 37mm versions with baguette diamond hour markers are limited to 150 watches each in white and rose gold at a price of £45,120. All Multi-Scale Chronographs will come on a hand-stitched alligator strap secured with fold-over clasps in gold to match the case, with the engraving “PATEK PHILIPPE 1839 – 2014”. 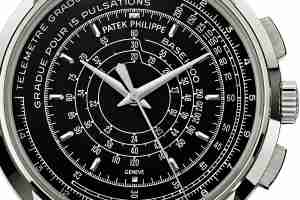 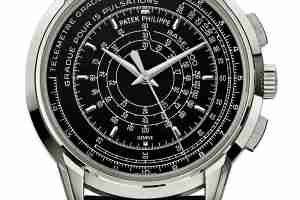 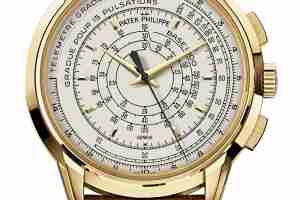 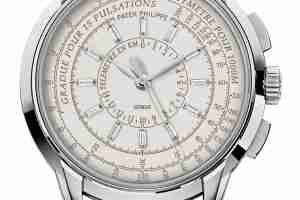 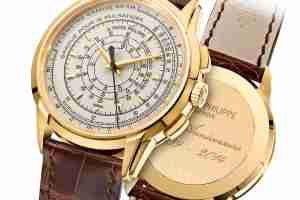 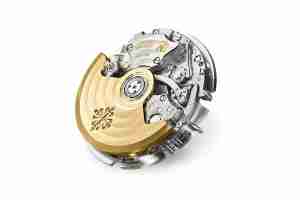