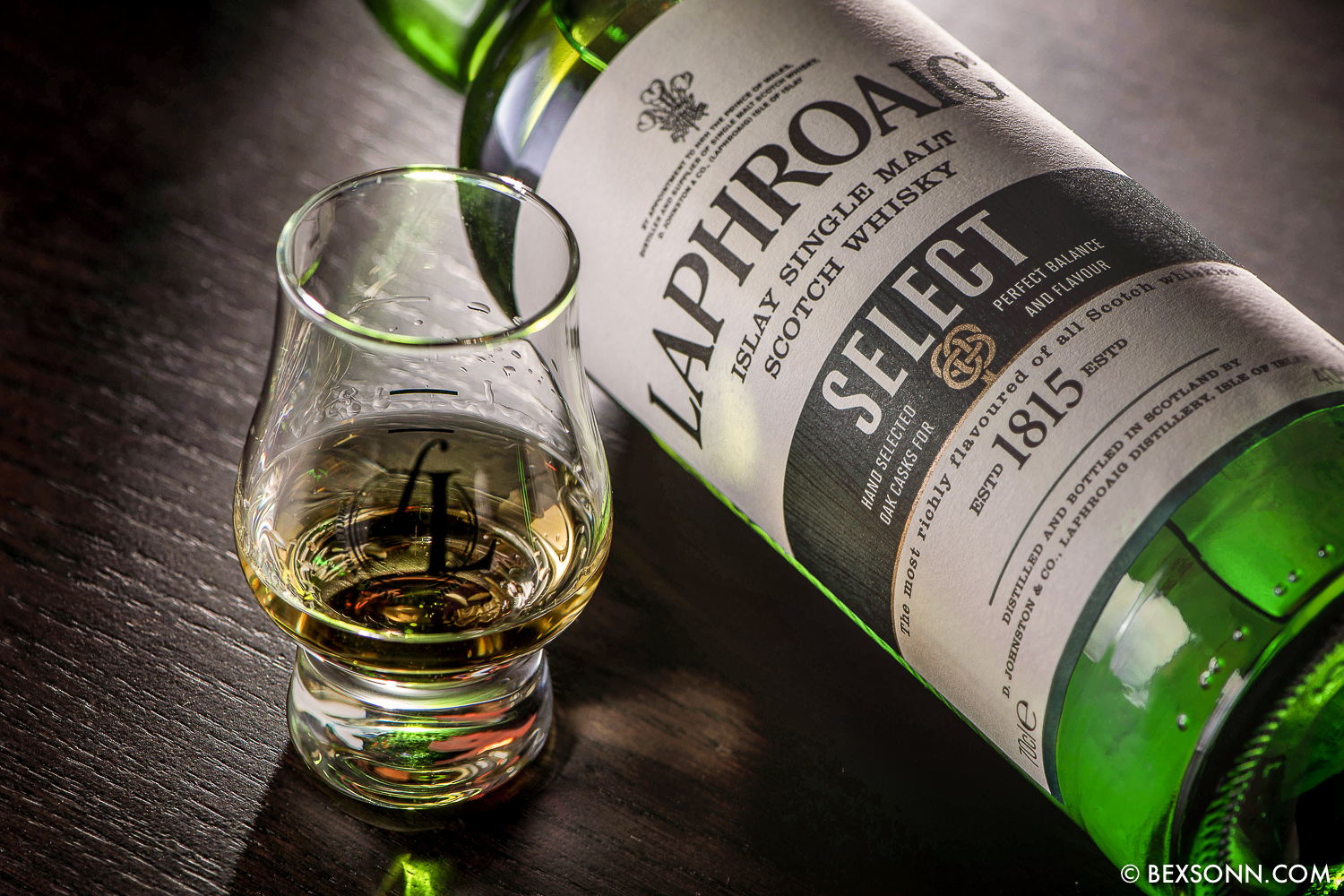 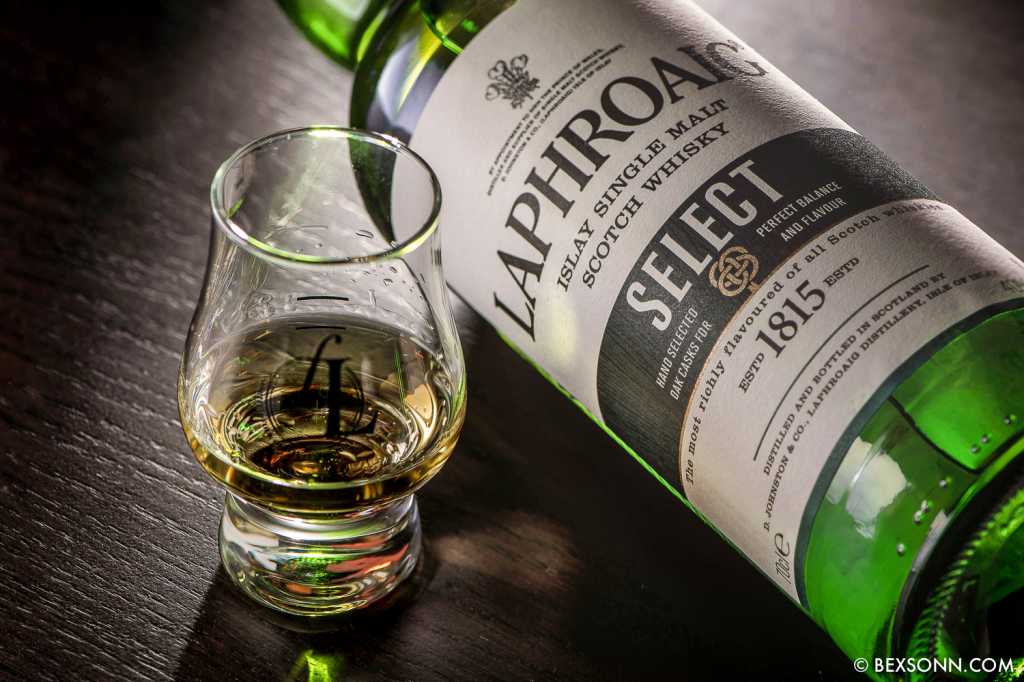 Laphroaig Select Single Malt Scotch: Laphroaig Select takes its name from the special selection of American and European casks, chosen for their unique character that they give during maturation. Inspired by Laphroaig’s last family distillery owner, Ian Hunter, Laphroaig have used Olorosso sherry butts, straight American white oak (non-filled with bourbon), PX seasoned hogs heads, Quarter Casks and finally – First Filled Bourbon Casks. This varied cask maturation technique has enabled Laphroaig to create 6 new flavour combinations, creating a winning formula they’ve named ‘Laphroaig Select’. On the nose: you’ll get an initial intense waft of peat and notes of a medicinal nature (TCP). This is then followed by the sweet smell of Olorosso sherry, dry oak, marzipan, peppery spices and notes of a floral nature. On the palate: those peaty notes nosed are ever present, followed by marzipan and liquorice. Those sweet Olorosso notes start to emerge followed by those peppery notes. Those dry oak notes lingering in the background hidden behind some dry ashy flavours. The finish: is very smooth, with very little alcohol burn. It is a little dry, with lingering peat and a surprising note of citrus.

The verdict: A very well balanced scotch whisky full of beautiful notes. Those signature Laphroaig notes are ever present but are a bit more subdued. This is definitely an occasional dram type of scotch that in my opinion doesn’t require any water but just time to breathe. However, if you do require some water, only add a very small amount to unlock those flavours.

Big thanks to friend and follower of the blog Bert Buijsrogge of Fratellowatches for the sample and his excellent photography skills.