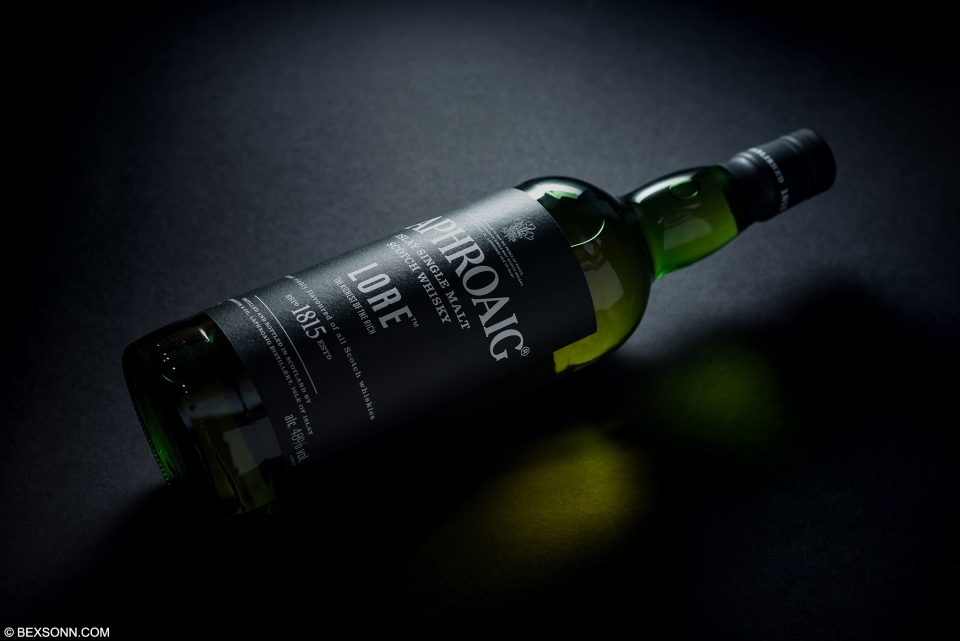 Last year Laphroaig celebrated their bicentenary and celebrate they did. Founded in 1815, in Port Ellen, Argyll, Isle of Islay, Laphroaig are famed for their peated Scotch whisky, just like most of their fellow Island Scotch distillers. Laphroaig is known for being sweet, spicy and peaty, and this is the epitome of Islay Scotch whisky. ‘Lore’ is a complex marriage of both classical Laphroaig styles and many ages of Laphroaig. The marriage draws from the peaty power of Laphroaig in the same vein as Quarter Cask but with the smoothness of double matured stock finished in European oak hogsheads. To add even further depth and complexity they used their most heavily peated whisky matured in ex-Laphroaig barrels along with some fully sherry matured casks.

On the nose: you’ll get a lovely warm aroma of honey, lavender, cedar wood, lemon zest and a healthy suggestion of peat. This is closely followed by notes of vanilla, spices, a hint of banana, aniseed, cardamom and the most luscious waft of madeira. Rounding off the nose are notes of berries, custard creams, toasted oats, hazelnuts, elderflower and a touch of dark chocolate. On the palate: those notes of honey, peat and vanilla are ever-present. These initial notes are followed by freshly baked warm oat biscuits, alongside aniseed, spices and cracked black pepper. The palate is rounded-off with notes of summer fruit berries, a hint of banana, maple syrup, bergamot and green herbs. The finish: medium, sweet, smooth, spicy, with lingering peat and berries.

The verdict: The Laphroiag Lore was, much to my surprise, a drop that I didn’t expect to tickle my nose and palate but I was completely wrong. The nose to palate is full of so much depth with notes I didn’t expect at all, with subtle hints of peat that are never overbearing, alongside sweet notes of summer berries and the likes. This is a dram that is as effortlessly brilliant as it is balanced. With an ABV of 48%, in my opinion, you don’t really need to add any water. However, if you require water then only add a small amount but to experience the plethora of notes on offer, I’d suggest leaving the dram to breathe for approximately 3 – 5 minutes before indulging.

Laphroaig Lore Islay Single Malt Scotch Whisky can be found at any well-stocked whisky shop or online for approximately £80.