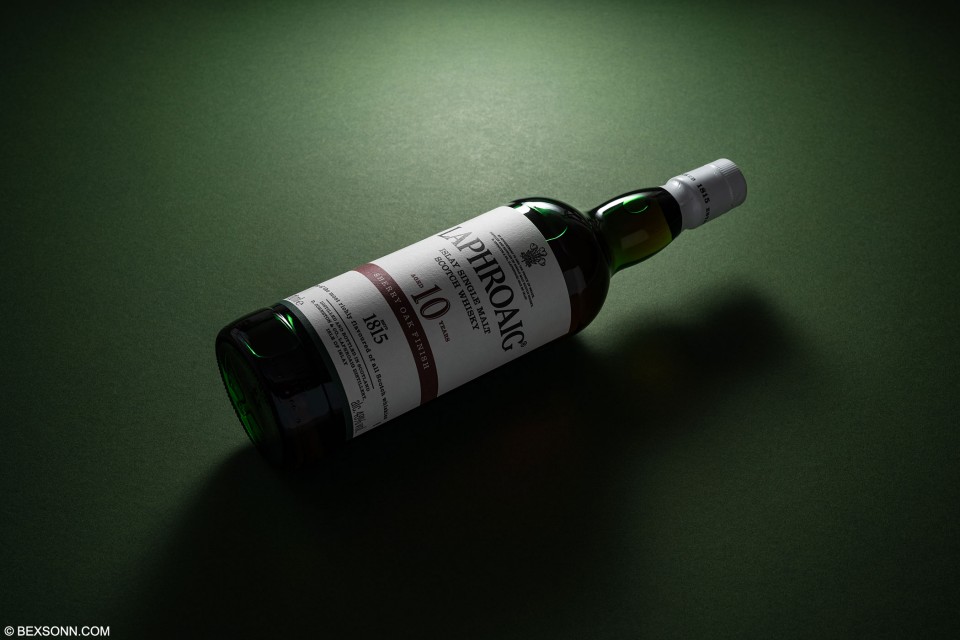 Laphroaig is a rather curious whisky, you either love it or loathe it. Founded in 1815, in Port Ellen, Argyll, Isle of Islay, Laphroaig are famed for their peated Scotch whisky, just like most of their fellow Island Scotch distillers. Laphroaig is known for being sweet, spicy and peaty, and this is the epitome of Islay Scotch whisky. This new Sherry Oak expression is an extension of the well-know and love 10yo expression. It has been aged for ten years in ex-bourbon casks and finished in refill sherry casks. This unique Laphroaig expression combines the unforgettable flavour of the classic 10 year old whisky with the sweetness and complexity of Oloroso.

On the nose: you’ll get a lovely warm aroma of raisins, currants, oranges, maple syrup and some warming peat: a combination that can only be likened to bacon that has been lathered in syrup. These initial notes are closely followed by cinnamon, a hint of nutmeg, cracked black pepper and rosemary. Completing the nose are notes of dark chocolate, tobacco, lemon zest, mixed spices, a hint of ginger, sourdough and mint. On the palate: notes of raisins, peat smoke, oranges and maple syrup are ever-present, followed by brown sugar and seaweed. Notes of black pepper, cinnamon, mixed spices start to emerge, alongside bitter dark chocolate, and green herbs. Rounding-off the palate are notes of tobacco leaf, mint, poached pears and hazelnuts. The finish: long and bittersweet, with lingering herbs, mixed spices and smoky peat.

The verdict: The Laphroiag 10 Sherry Oak was pretty much what I expected to be. The nose to palate is full of so much depth, with notes of peat throughout but never overbearing, alongside sweet notes one expect a sherry cask to impart. This is a dram that is as effortlessly brilliant and well balanced. With an ABV of 48%, in my opinion, you don’t really need to add any water. However, if you require water then only add a small amount but to experience the plethora of notes on offer, I’d suggest leaving the dram to breathe for approximately 3 – 5 minutes before indulging.