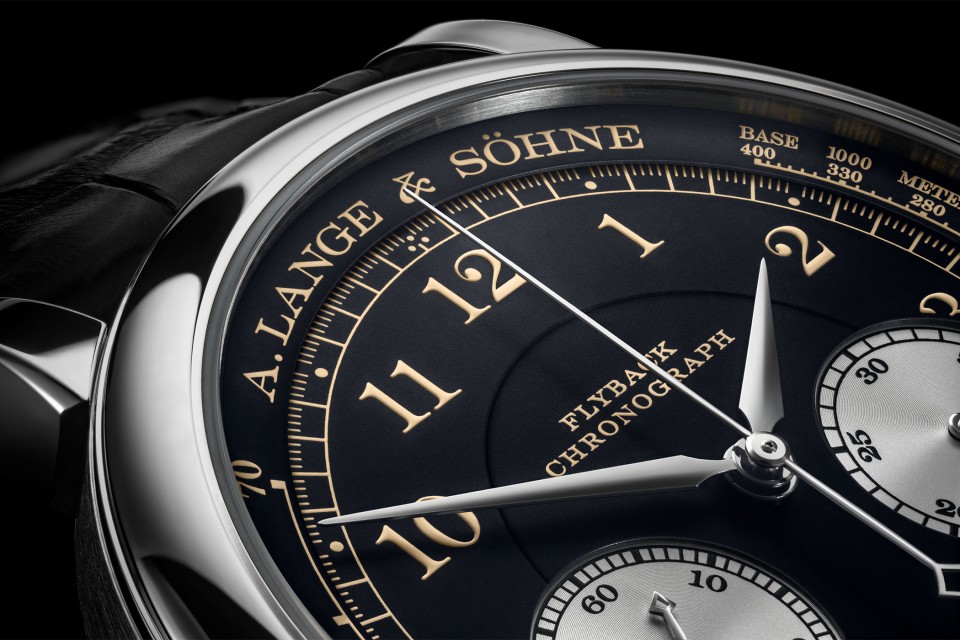 Lange are no strangers when it comes to a special one-off timepiece, they know how to get it just right. At the Concours of Elegance 2022, A. Lange & Söhne will present a one-of-a-kind version of the 1815 Chronograph that will be auctioned off in Geneva by Phillips in Association with Bacs & Russo on 6 November. The proceeds of the unique timepiece, featuring a solid-silver dial and a hand-engraved hinged cuvette, will go to The Prince’s Trust, a youth charity set up by HRH The Prince of Wales.

A. Lange & Söhne has been a partner of the Concours of Elegance since 2018. This year, it will take place from 2 to 4 September in the grounds of Hampton Court Palace on the outskirts of London. The high-calibre beauty pageant is a venue not only for rare automobiles but also for the exclusive mechanical timepieces crafted by A. Lange & Söhne.

Back in 2016, shortly after Concorso d’Eleganza, held each year at Villa d’Este, Lake Como, Lange introduced an updated version of the 1815 Flyback and this time it has not only excited fans of the brand but also those who were yet to make their first Lange purchase. The new 1815 Flyback with Black dial and pulsation scale had set pulses racing, with many venturing as far as to say it is perhaps the perfect Lange. Fast-forward to 2022 and Lange have unveiled the 1815 Flyback Chronograph that many of us can only dream of having. Crafted explicitly for this year’s Concours of Elegance, the 1815 Chronograph “Hampton Court Edition” stands out with a unique combination of features: For the first time, a white-gold case meets a black dial with sandstone-coloured numerals and scales. The tachometer scale on the peripheral – which enables the calculation of average speeds – emphasises the historic connection between motor sport and time measurement. 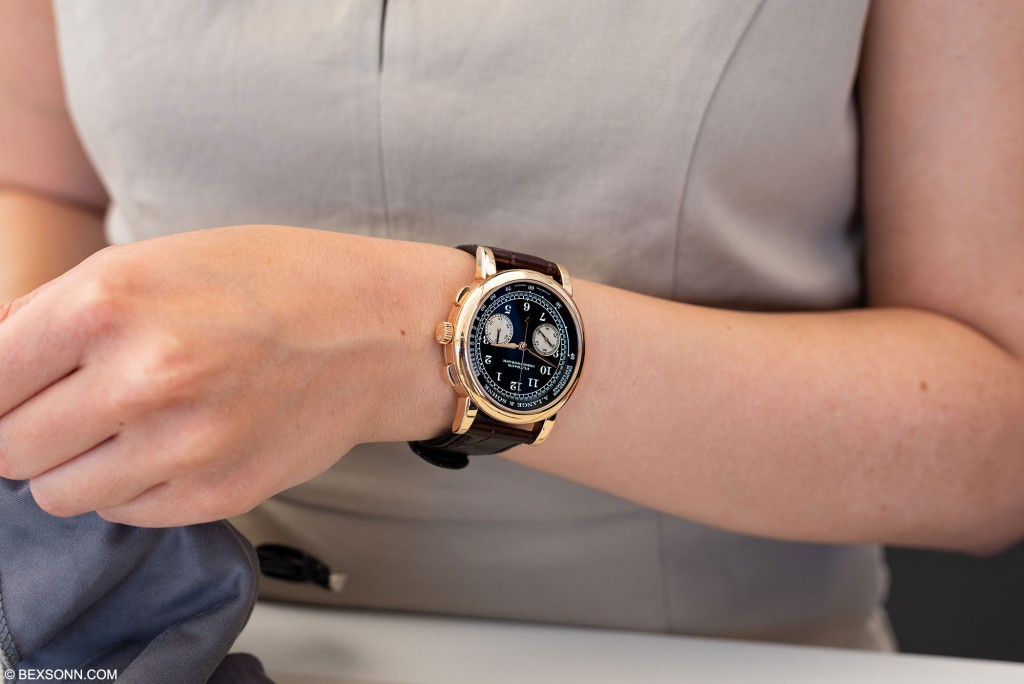 The 1815 Flyback was originally launched in 2004, and garnered quite a bit of attention, despite the fact this was also the same year the DS Flyback was released too. While it didn’t create the hysteria that surrounded the Datograph, what Lange offered was the same great chronograph movement that could be found in the Datograph, in a much smaller package, with purer chronograph aesthetics and a more wearable case design. With the omission of the big date, this afforded a much smaller movement, which Lange housed in a case that only measured a mere 10.8 mm thick in comparison to the 13.1 mm of the Datograph. 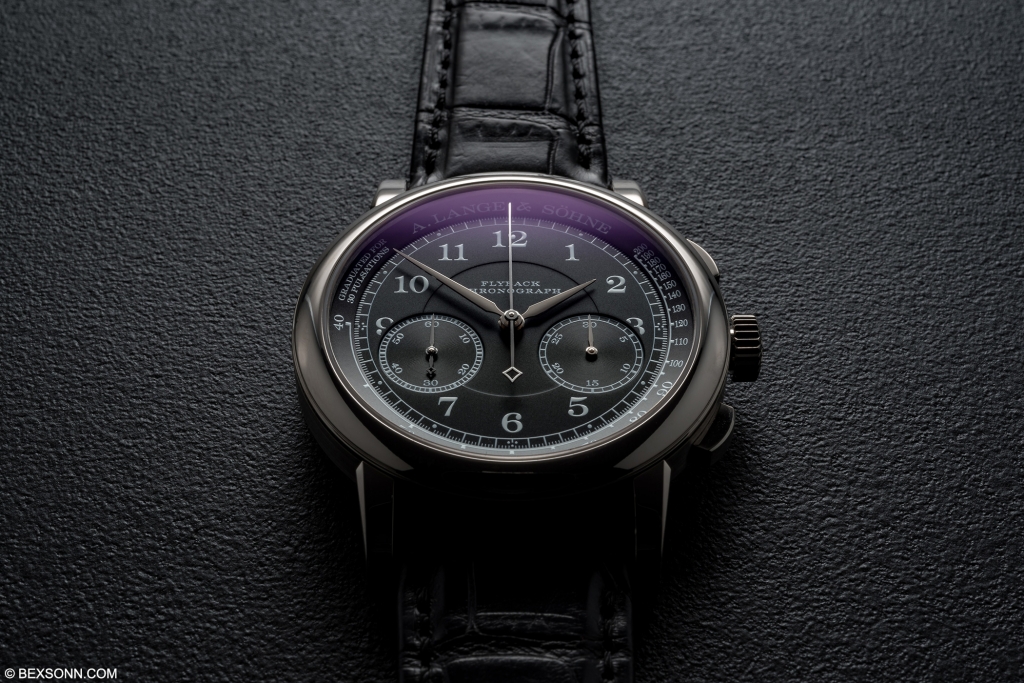 The 2016 updated 1815 Flyback Chronograph re-incorporated the charm that was missing from the 2010 model: an outer scale. This one-off piece features a deep black matte dial, with sandstone accents marking the hours, minute track and tachometer scale. The outer railroad minute track placed on the flat section of the dial, as opposed to the flange of the 2010 model, and makes use of a 1/5th-minute inner scale, with strategically placed dots marking the hours, with each quarter hour marked with 3 dots. On the slightly inclined dial flange is the ever-so-important tachometer as well as the manufacturers name, which has a huge impact on the overall appearance and balance of the dial. 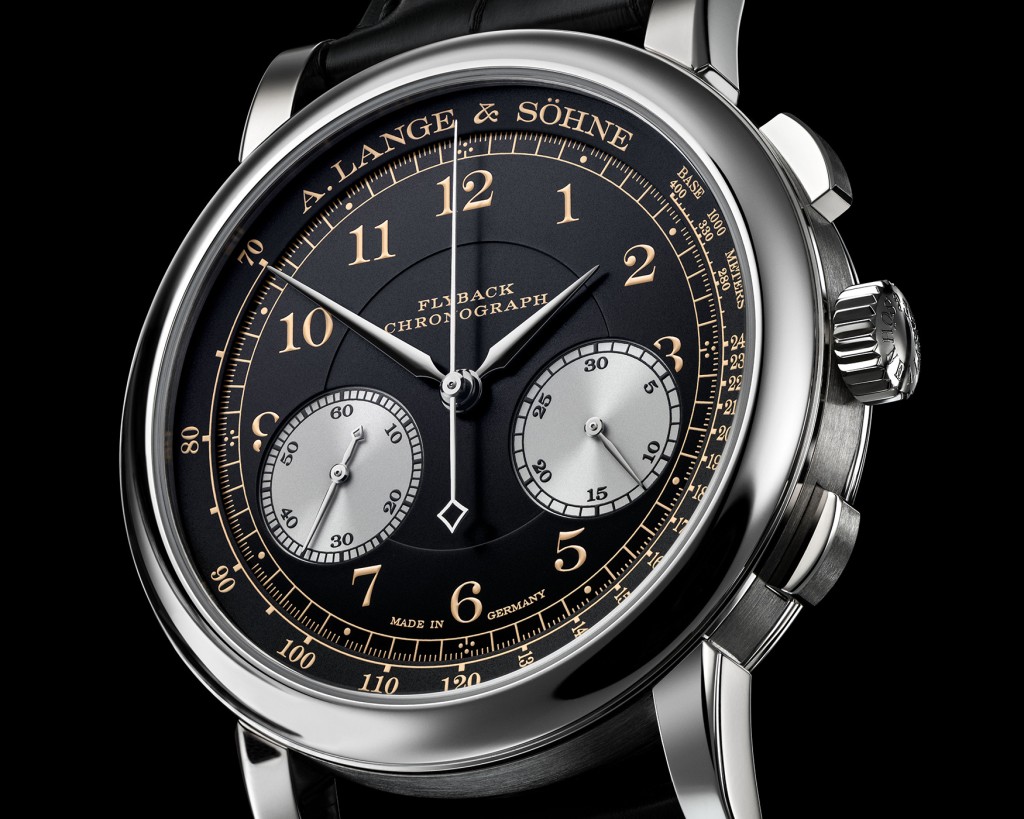 The dial features Alpha hands, full Arabic numerals for the hours and two rhodié-coloured engine-turned subsidiary dials, which are ever so slightly sunken level from the main dial; recording chronograph minutes and continuous seconds, which contrast well with the black dial. Good legibility is also assured by the rhodium case-matched gold hands for the hours and minutes as well as by the rhodium steel hands for the chrono seconds, the subsidiary seconds, and the minute counter. The elegance of the concept is accentuated with a black hand-stitched alligator leather strap that is secured with a prong buckle in solid white gold. 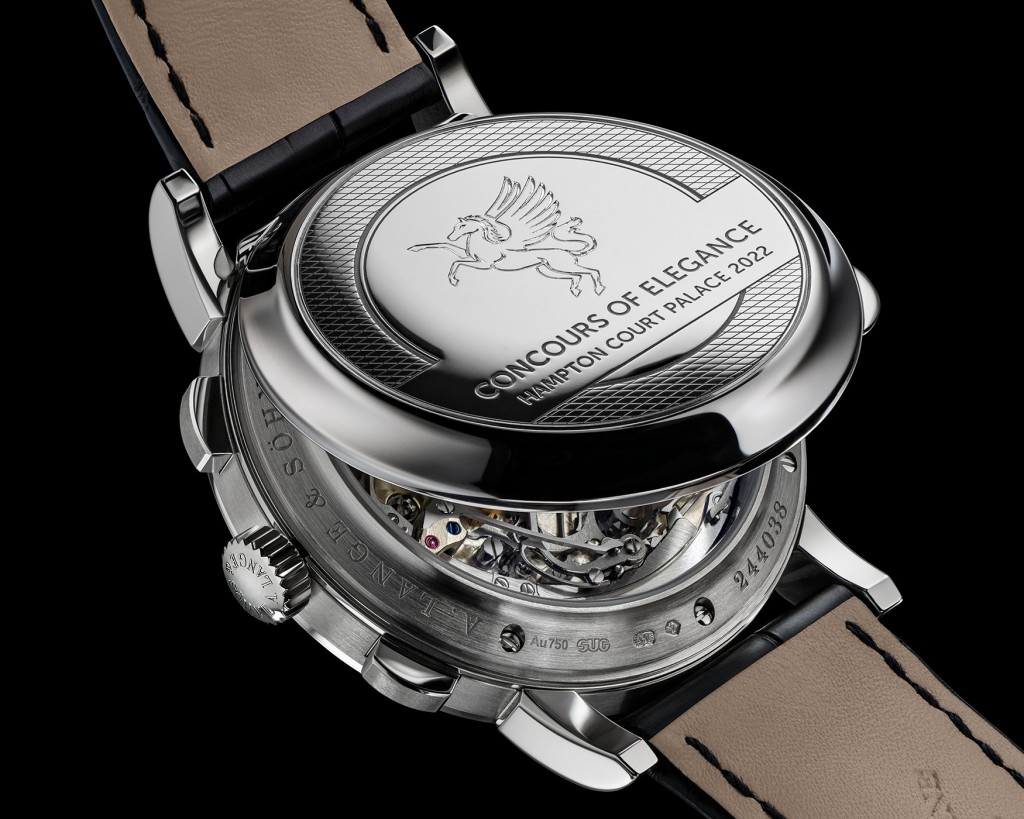 Turning a Lange 1815 chronograph Hampton Court Edition over will reveal the hand-engraved hinged cuvette. Naturally you’ll need to open the cuvette to view the movement through the sapphire-crystal caseback, which reveals one of the technically most exquisite and at the same time most beautiful chronograph mechanisms made. The most astounding thing about this hand-wound calibre L951.5 movement has to be its depth. I’ve said it before and I’ll say it again, gazing into a Lange chronograph movement can only be likened to mechanical architectural works of art. Crafted to the highest Lange quality standards, decorated, and assembled by hand. Without doubt, the L951.5 is a sight to behold but when the mechanical ballet is awakened you can’t help but be captivated.

The calibre L951.5 chronograph movement makes use of a column-wheel control and a stepped pinion for the precisely jumping minute counter. Of course, one of the highlights of this gorgeous movement is the flyback function, a device found only in very few chronographs but what exactly is it for? This function was mainly used to measure time consecutively, without the need of having to stop the chronograph before using it again. Pilots mainly used timepieces like these, as it saved time and was much easier to operate to instantly restart the chronograph via one push, instead of three. With one single push piece, the 1815 chronograph can be stopped and reset in the middle of a time measurement. 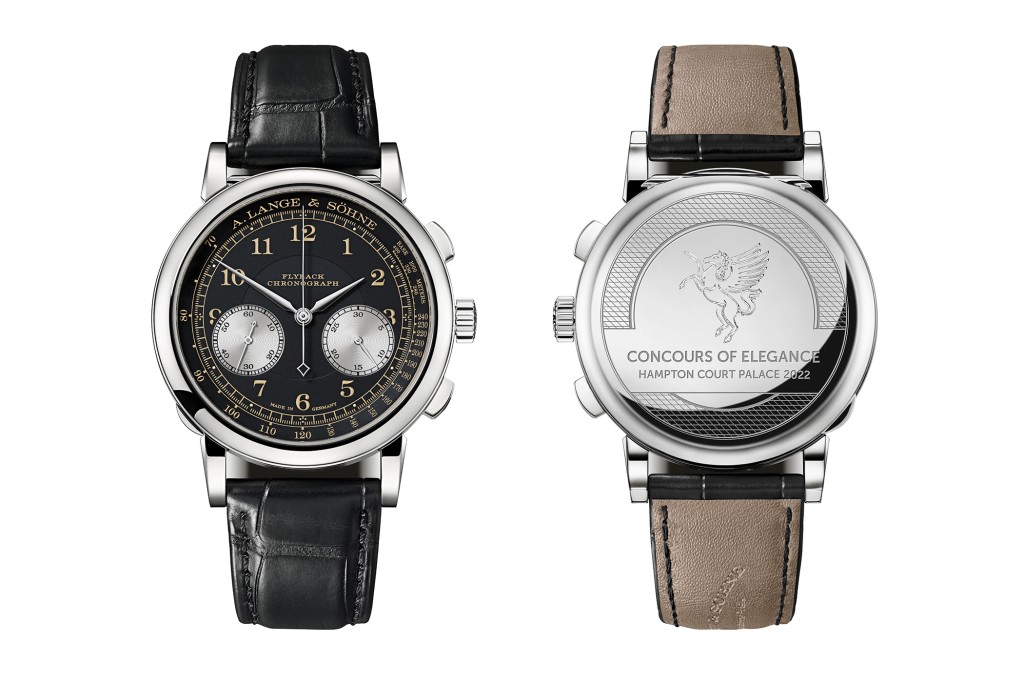 In my opinion, the 39.5 mm case is what makes this Lange perfect, it’s no fuss yet simple and functional design is a standout feature. Made entirely out of white gold, all facets have been polished to a mirror shine except for the middle case section, which has a satin brushed finish.

Like all of Lange’s timepieces the 1815 Flyback makes use of rectangular push pieces, located at 2 and 4 o’clock on the case band. The case features a large, fluted crown that is the perfect size and has a gratifying feel about it, which is practical when considered it will get used quite often. Covering the dial is anti-reflective sapphire crystal and the same is used on the exhibition case back.

Ordinarily this is where we would give you an idea of the price but seeing this is a one-off that will be auctioned in November by Phillips Watch department, we can only wait to see who the highest bidder will be. For more information on the 1815 Flyback Chronograph, visit alange-soehne.com.