The A. Lange & Söhne Triple-Split Chronograph 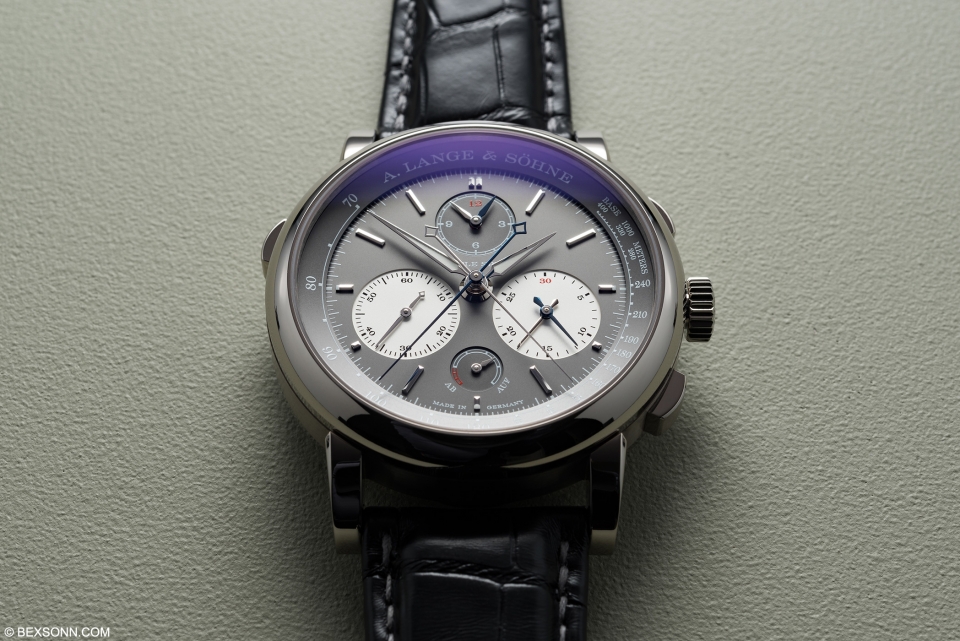 Just over a week ago, the guys over at Lange were generous enough to loan us (me) this glorious timepiece for a week. Surely you all know by now the love and appreciation I have for chronographs and even more so, traditional column chronographs and just how useful I find them . Of course, this is no ordinary chronograph, as you know by now it is a Triple-Split Flyback chronograph but just what does this mean? A few years ago, Lange were gracious enough to also loan us the Double-Split Flyback chronograph and we were impressed, and while many will question its use, we thought we’d get our hands on it. Fast-forward to 2018 and there is an even more complicated chronograph in Lange’s watch range. 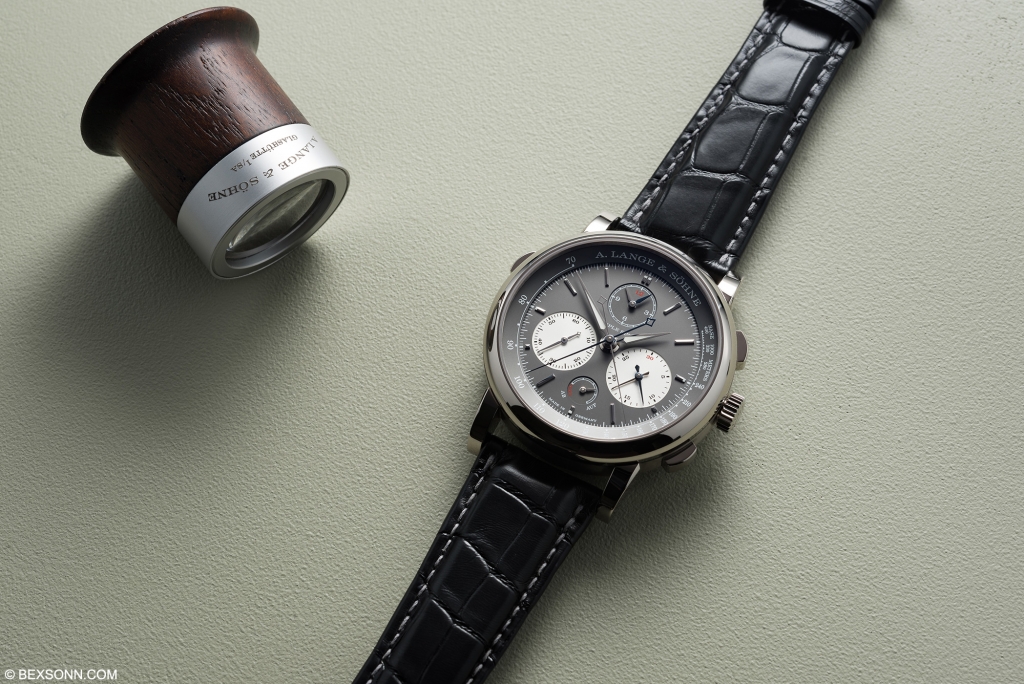 Back in 2004 Lange introduced the Double-Split Flyback and at that time as Lange put it themselves it was a “watch in the watch”, when they introduced it. The principle of the rattrapante sweep-seconds hand has been extended to the jumping minute counter. This meant that for the first time, comparative lap measurements of up to 30 minutes – in Formula 1 races, to name but one example – were now possible in a classic, purely mechanical wristwatch.

The Triple Split takes this feat a step further. The Triple Split is the first mechanical split-seconds chronograph in the world that allows multi-hour comparable time measurements. Additional rattrapante hands on the minute and hour totalisers make it possible to stop lap and reference times of events that last as long as twelve hours but just where and why would this be useful?

On 17 July 2016, German triathlete Jan Frodeno achieved a new world record for the triathlon long distance. In an amazing seven hours, 35 minutes and 39 seconds, he mastered the combination of swimming 3.8 kilometres, cycling 180 kilometres and running 42.2 kilometres. It took 20 minutes and 44 seconds longer for the runner-up, Joe Skipper of Britain, to reach the finish line. Among all mechanical rattrapante chronographs but only the new Triple-Split would have been able to precisely record the times of the winner and the second-placed competitor in hours, minutes and seconds. 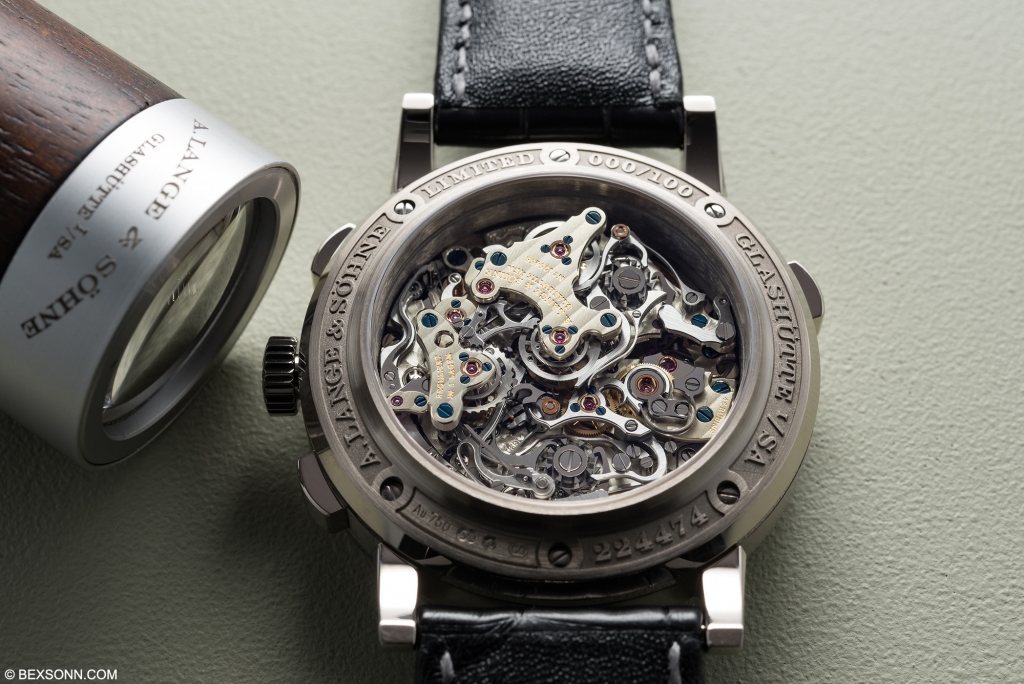 I’m going to start at the movement here because, for me, this is one of the most important aspects of the Triple-Split Flyback. Turning a Lange chronograph over to view the movement is always a feast for the eyes and this exquisite piece is no different, it’s like looking into a little mechanical metropolis.

The most astounding thing about this manual-wound calibre L132.1 movement has to be its depth. It is a 3D mechanical architectural work of art. Crafted to the highest Lange quality standards, decorated and assembled by hand the L132.1 is a sight to behold and more importantly it is a newly developed movement that significantly distinguishes itself from the calibre L001.1 of the Double-Split. 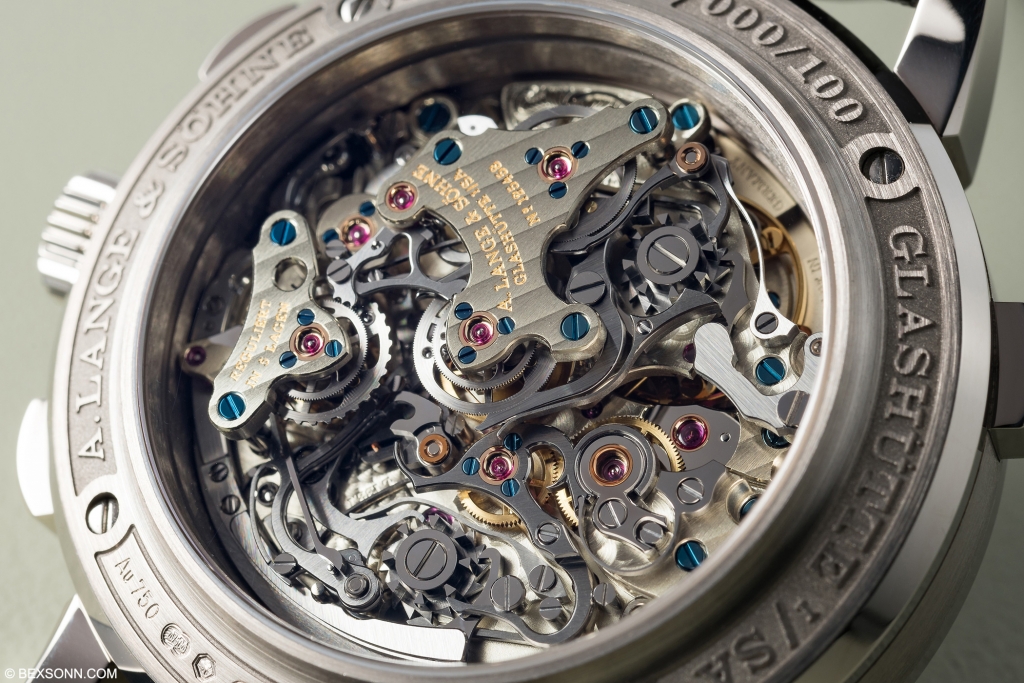 The new calibre L132.1 movement is made up of some 567 components and when fully wound it will provide up to 55 hours of power reserve. Like all Lange movements the L132.1 features a beautifully hand engraved balance cock, though this one is a little hard to see, as it is partially hidden by some of the movements other components.

The calibre L132.1 chronograph complication makes use of a traditional column wheel but mixes that with a more modern vertical clutch. Looking at the centre of the movement you’ll be able to see the rattrapante break lever but looking over to where the recording minutes sub dial is, you’ll see there is a link to the break, which acts as a second rattrapante break for minutes, as well as a second column wheel. Then there’s a third break lever up at 12:00, which acts as the break for the split-hours. Just watching these untreated German silver levers and gears engage is a pure mechanical ballet. 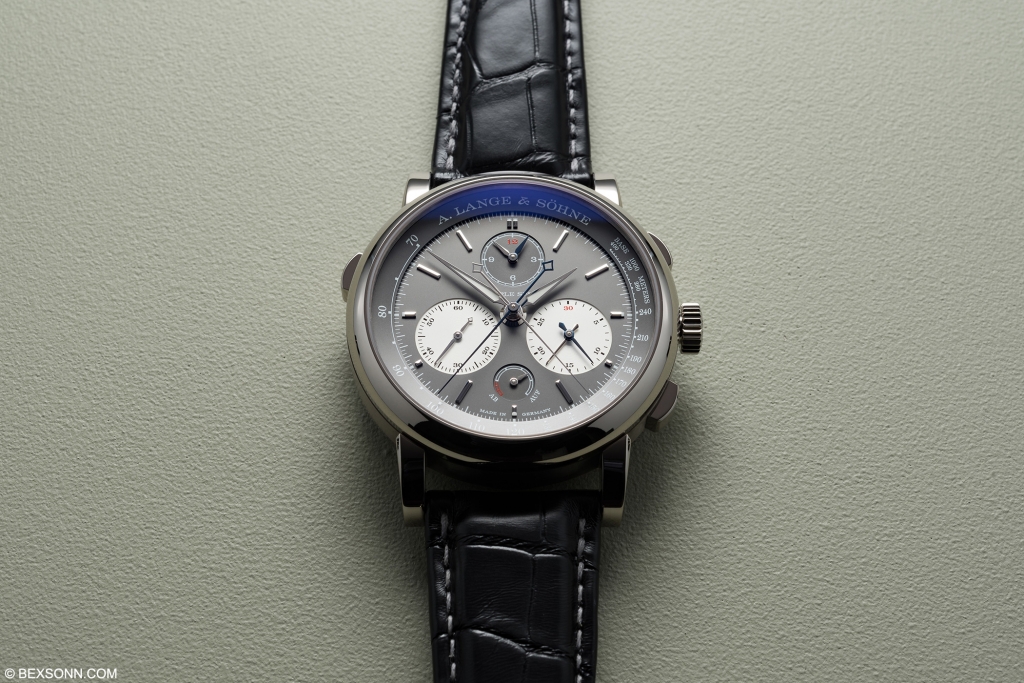 Now, before I go into the dial of this new Triple-Split Flyback, I must say I’m pleased that Lange have chosen to go down the route of using a grey dial with silver sub dials, a feature also seen on the Datograph Perpetual released last year – this of course adds so much more depth. 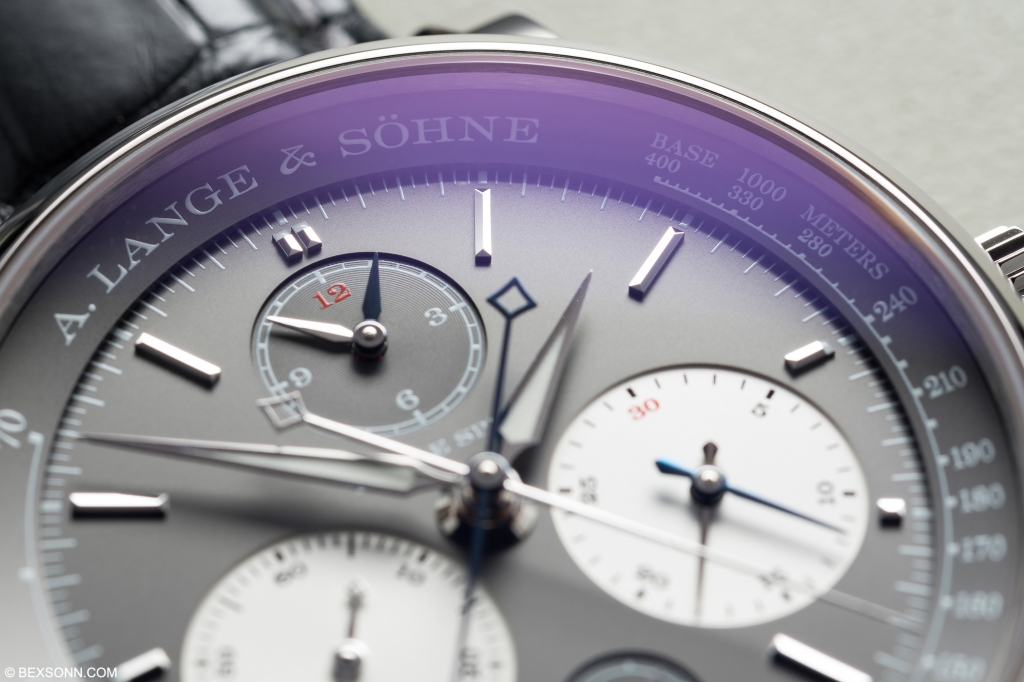 The bright solid grey/silver dial is full of little surprises and makes use of ingot-style baton markers, though I do wonder if roman numerals would’ve added an extra element of sophistication. However, the dial like the movement has tonnes of depth. First off, looking at the centre of dial you’ll notice it sits below the inclined dial flange, which sports the 1000 base tachymetre scale and the inscription of A. Lange & Söhne is arched across the top. At 6 o’clock is the power reserve, which is well placed and balances out the dial nicely. Your eyes are gently drawn to the large register sub dials, which sit below the centre axis of the dial. 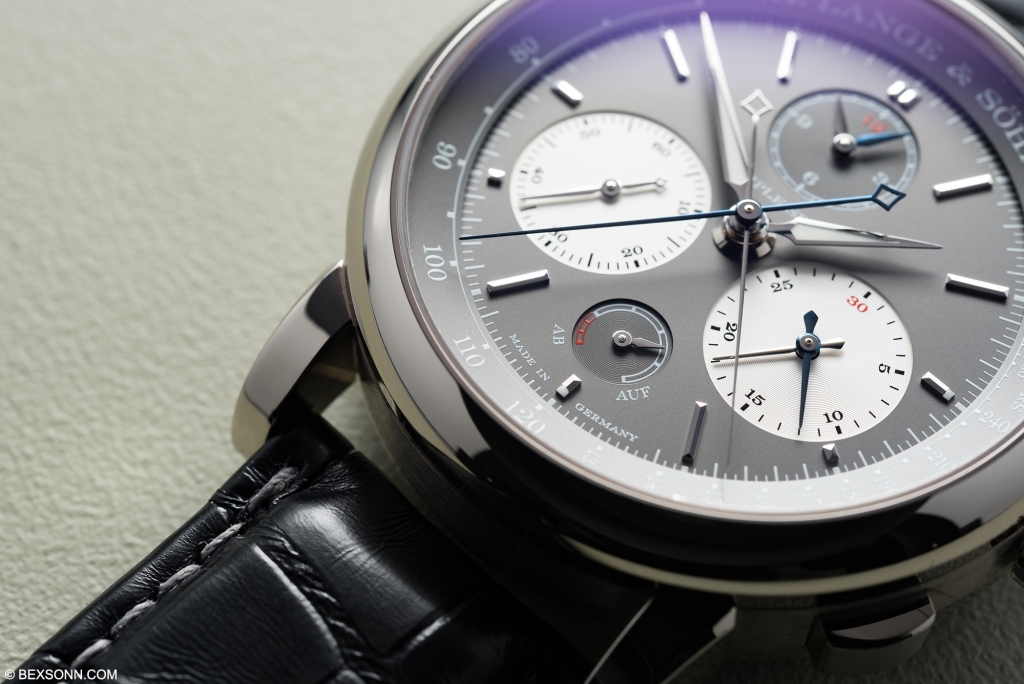 At 8 o’clock is the continuous seconds sub dial and at 4 o’clock is the recorded 30 minutes and split-minutes sub dial. But up at 12 o’clock is the pièce de résistance, the split-hours counter. At the centre are split seconds, differentiated by white-gold and blued hands. Luminous alpha hands indicate the hours and minutes, which lends a very industrious yet sophisticated look and feel to the dial. 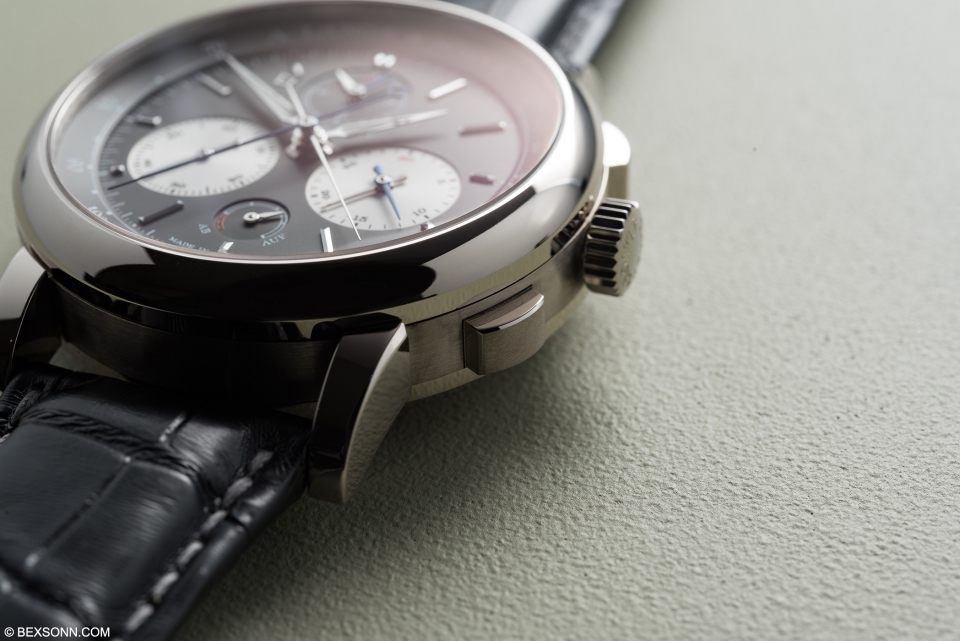 Okay, if I’m honest – the case is big, in my opinion a little bigger than I’m comfortable with. The case dimensions are 43.2 x 15.3mm, no different from the double-split but this is considerably larger than one would expect but you are getting a lot of watch in this package.

The case is classic Lange: no fuss, simple but functional. Made exclusively in white-gold, all angles and curves have been polished to a mirror shine. One thing I’ve always loved about Lange’s timepieces are the way the lugs meet the case and it is no different in this case; it is amazing how small details like this make all the difference to the overall look and feel of a timepiece. 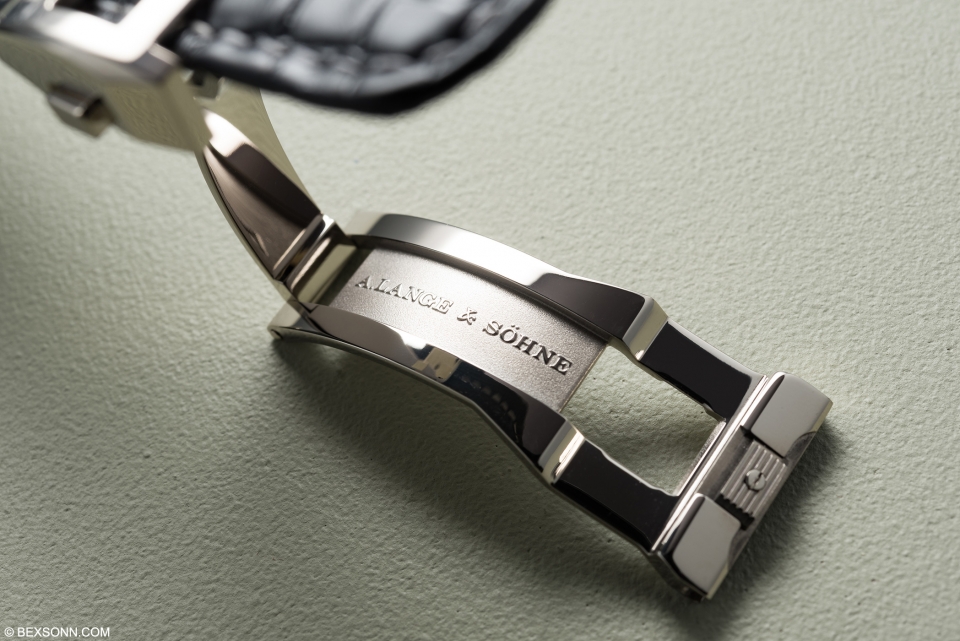 Like all of Lange’s timepieces the Triple-Split Flyback makes use of rectangular push pieces, located at 2, 4 and one between 9 and 10 o’clock on the case band. The case features a large fluted crown that is the perfect size and has a gratifying feel about it, which is practical when considered it will get used quite often. Covering the dial is anti-reflective sapphire crystal and the same is used on the exhibition case back, which is secured using 6 screws. The case is secured to the wrist by a hand-stitched crocodile strap with solid white-gold Lange deployant buckle.

There is no denying that I am a massive fan of Lange’s timepieces and this was only furthered when I visited the manufacture a few years back. Overall, there is a lot to like about the Triple-Split Flyback chronograph from Lange but as mentioned the only thing I felt slightly uncomfortable with was the size. That said, in all honesty I soon got used to the size and heft after a bit of wrist time and became more comfortable but due to its height, it’s not a timepiece you can easily slip under the cuff. 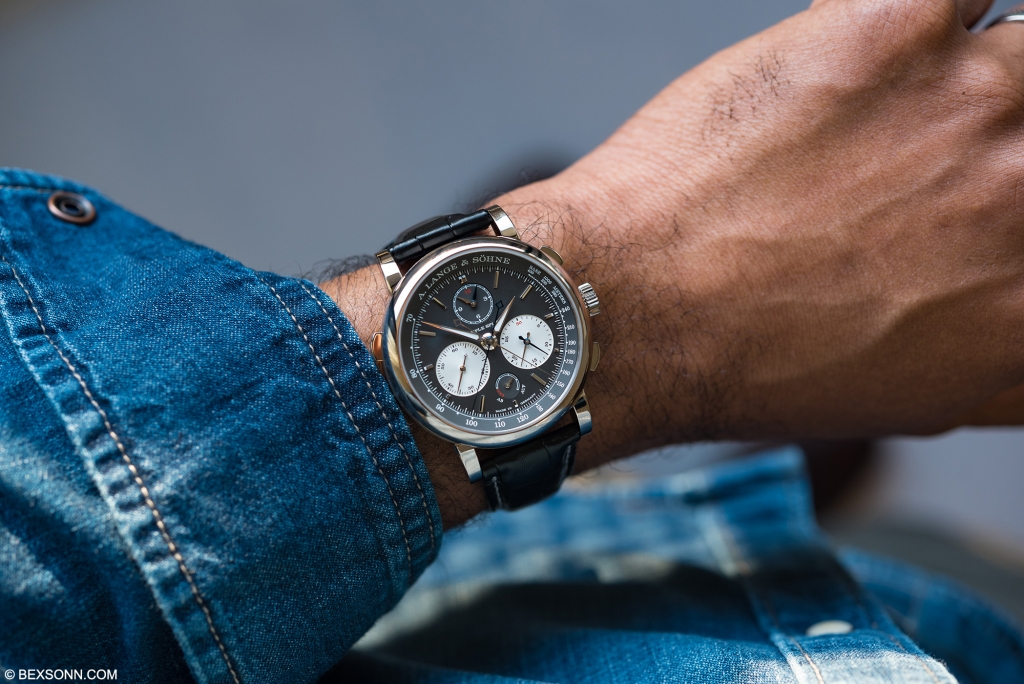 Personally, I think the overall look of the Triple-Split is pretty much perfect, the balance is just right and those red and blue accents against the grey/silver dial just work. Despite my minor gripe with its size, make no mistake what you are getting is an absolute masterpiece of a wristwatch from one of the greatest watch manufacturers of our time. Not only is it a mechanical marvel but it brought something a little extra to the table in terms mechanical split-second chronographs. To most this would seem excessive and if I’m honest it most probably is but who said luxury had to make sense. To indulge is the very essence of luxury and this is what Lange have done with this Triple-Split Chronograph.

The Triple-Split Flyback Chronograph, as mentioned, is only available in white-gold and is limited to 100 pieces. Priced at €139,000 it’s not cheap but of course this level of mechanical engineering is never going to be. 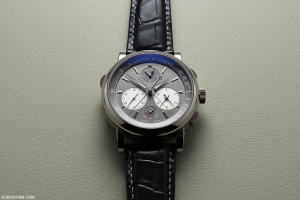 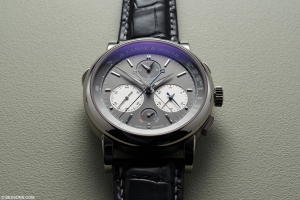 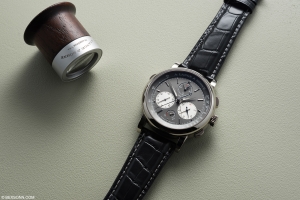 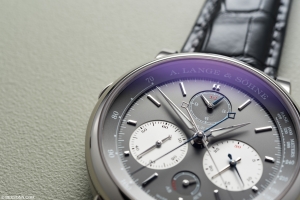 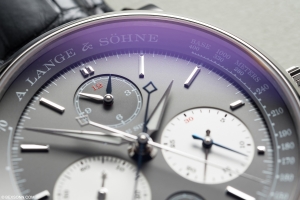 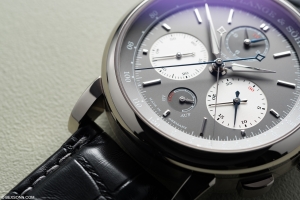 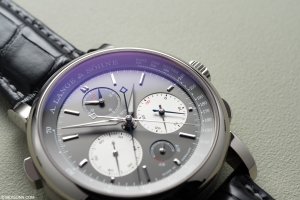 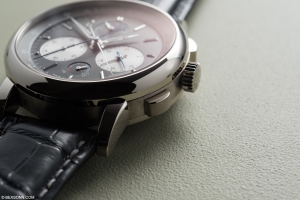 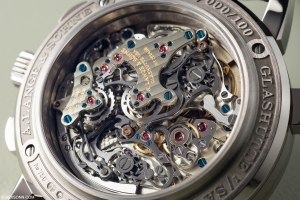 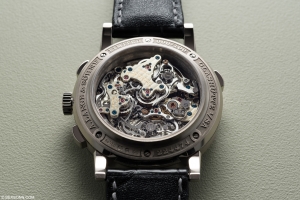 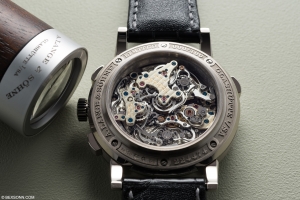 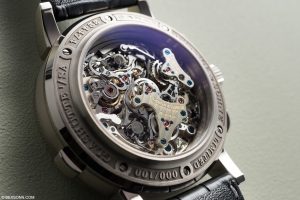 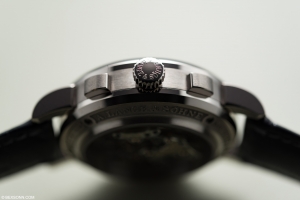 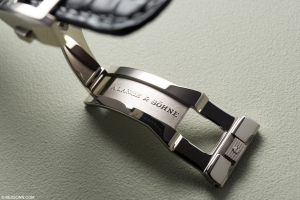 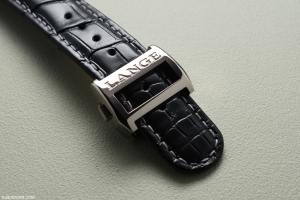 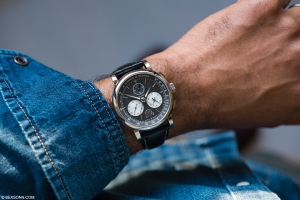