The A. Lange & Söhne Datograph Perpetual Tourbillon with Salmon Dial 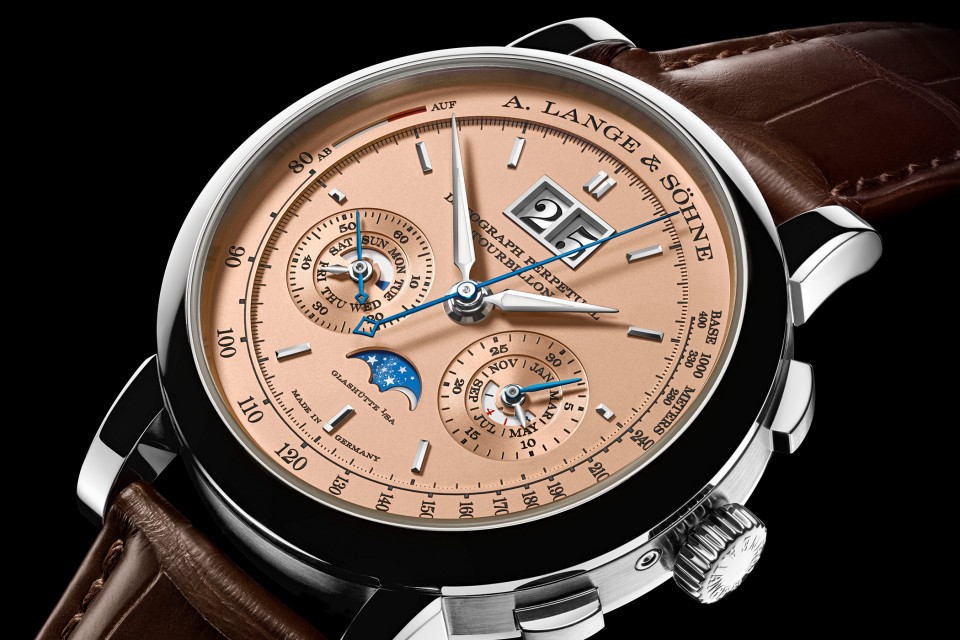 A few years ago, I said “Lange have a habit of creating timepieces that just somehow become instant grails” but they also find room to make them even more attractive. At this year’s SIHH they’ve taken, arguably, one of their most recent sought-after complicated wristwatches and added a touch of distinction. When we first saw the Datograph Perpetual Calendar in 2016 it came exclusively in platinum and featured a black dial, however, this 2019 version features a white-gold case and perhaps one of the only colour dials in the world that makes me melt: a salmon-tone dial.

This masterpiece from Saxony’s finest pairs three complications in an altogether smart package. While the combination of these three complications is technically a brilliant idea, the real art is actually making them interact in a beneficiary manner. Naturally you’d be mistaken for thinking that these complications would make the dial a pretty cluttered affair but it is quite the opposite. As mentioned, the dial is salmon-toned, but Lange don’t do things by half; so, what you are actually looking at is a solid pink-gold dial, which nicely contrasts against the 41.5-millimetre white-gold case.

There is no denying the Datograph is one of my favourite timepieces (yes it has been downgraded from grail status, owed in part to the black dial 1815 Flyback) which makes use of a column-wheel chronograph complication with a precisely jumping minute counter and a flyback function, with the added Lange outsized date window. However, this new generation of chronograph employs three major technical advances in chronograph design into one: the column-wheel mechanism assures that all chronograph functions are reliably controlled. The jumping minute counter crisply displays the stopped times with the added bonus of the flyback function.

Then there’s the all-important perpetual function with moon phase display. All indications of the perpetual calendar – including the outsize date as well as the day-of-week, month and leap-year displays in subsidiary dials – switch instantaneously and thus provide unambiguous readings at all times. A first correction of the mechanism by one day can wait until the first day of March in the secular year 2100. And because of its stunning mechanical precision, the moon- phase display will only deviate from the true lunation by a single day after 122.6 years, which we have spoken about before right here. Three correctors allow the separate adjustment of the moon-phase display, the day of the week and the combined advance of the month and leap-year indications. The rapid-correction pusher at ten o’clock can be used to conveniently update all displays at the same time.

Lastly, the hidden gem that is the tourbillon. Showing off a tourbillon is common practice nowadays but originally this was something mostly hidden and this isn’t the only piece Lange make where the tourbillon isn’t framed in a beautiful cage dial side. Alternatively, the tourbillon mechanism is exposed by the sapphire-crystal caseback and the open tourbillon bridge, which makes use of a free-sprung balance spring crafted in-house, it assures an excellent rate of accuracy across the entire 50-hour power reserve. Undoubtedly this Lange tourbillon incorporates their patented stop-seconds mechanism, allowing the wearer to set the watch to one second accuracy. This new calibre L952.2 movement consists of 729 parts that, as already mentioned, harmoniously work together. 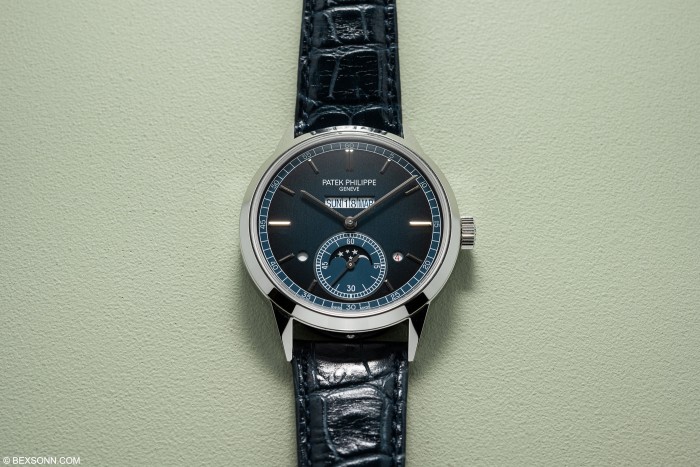 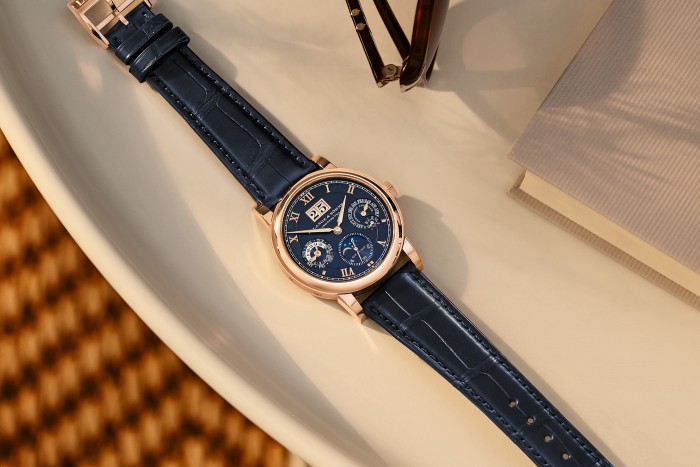