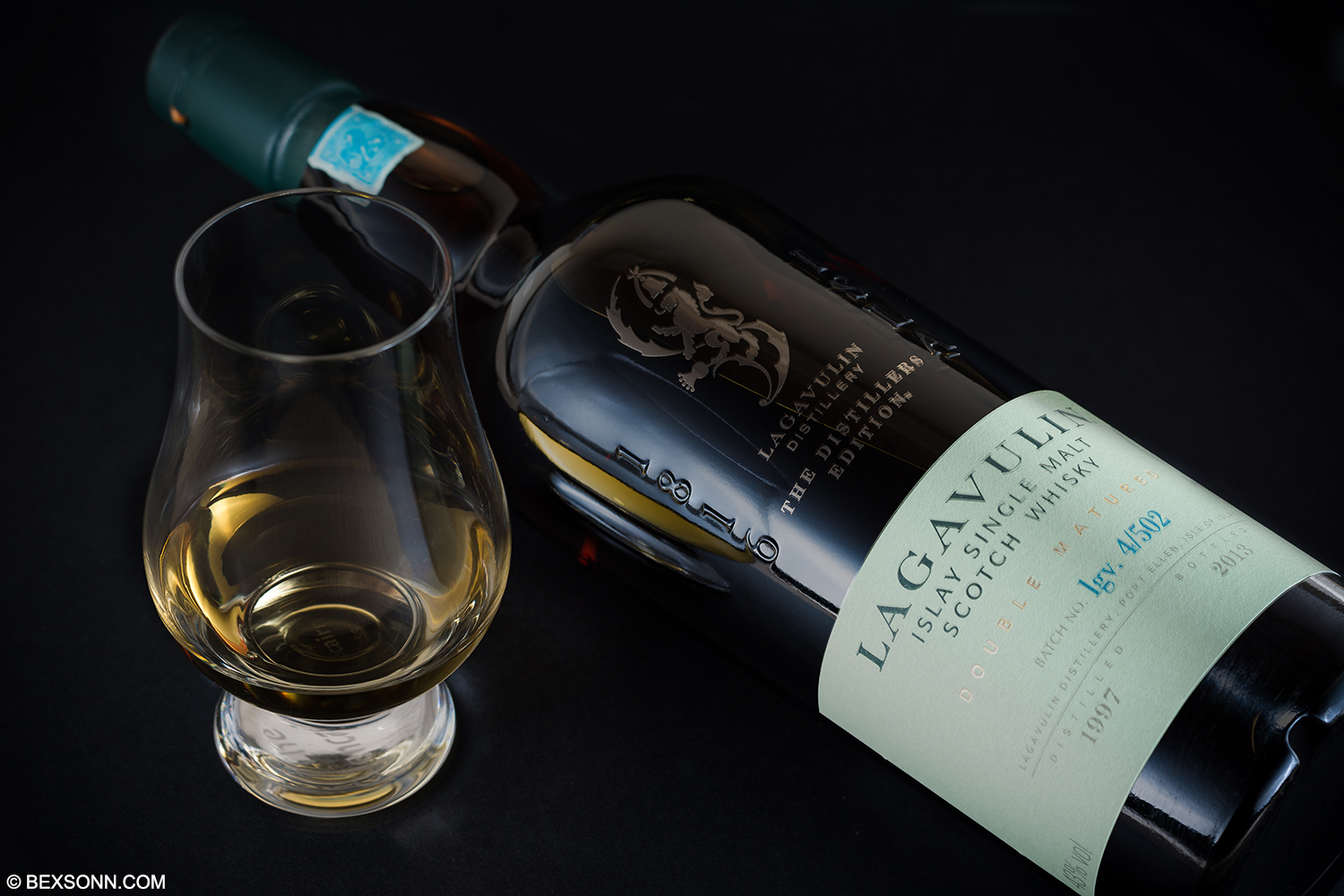 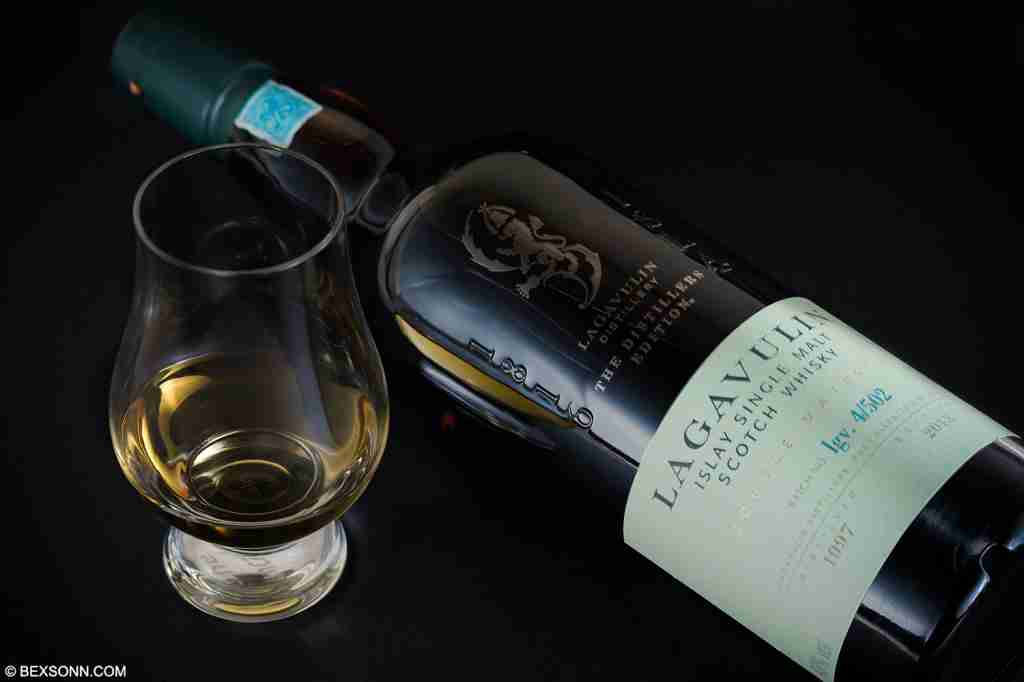 Lagavulin Distillers Edition Single Malt Scotch: As mentioned when we looked at the standard 16yo earlier this year, Lagavulin is one of  the oldest distillery sites in Scotland, this intense Port Ellen Islay scotch whisky receives the slowest distillation of any Islay malt. However, each Lagavulin Distillers Edition expression undergoes a second, or double, maturation in casks that have previously held a fortified wine. This is the 1997 vintage, which used Pedro Ximinez sherry casks for the second maturation period. A really distinctive and distinguished dram, full of peat while the Pedro Ximinez sherry wood naturally has a big impact; it’s more mellow Lagavulin, not quite as deep or intensely flavoured as the 16 year old and sometimes this is just the type of peaty scotch you need.

On the nose: you’ll get a very intense waft of sweet mixed fruits (the Pedro Ximinez sherry cask) and some oranges. This will be followed up by marzipan, vanilla, a touch of jasmine tea, oak and a slight hint of liquorice. On the palate: you’ll get a very lovely, thick ,creamy taste of sweet mixed fruits along with some intense notes of oak. The marzipan notes will start to filter through, then the peat will make its presence known along with some oak, vanilla, liquorice, iodine and that ever-so-slight note of jasmine tea. The finish: medium to long,  smooth, sweet with lingering oak and subdued peat!

The verdict: Now, I do like a good peaty whisky but not too peaty, but this 1997 Lagavulin distillers edition is, well, almost perfect. The balance of the peat and Pedro Ximinez sherry cask is just right. I’ve had my fair share of Pedro Ximinez sherry cask whiskies and admittedly when left for too long it can tend to have quite a grainy taste but this is just right. Some do refer to it as basically a sherried 16yo Lagavulin but in my opinion I think it is so much more than that, with its depth and flavours that have been so well married. Not a scotch that requires any water but if you do decide to add some, then only add a little. I found when left to breathe for a approx. 10 – 15 minutes, this opened the nose a lot more.