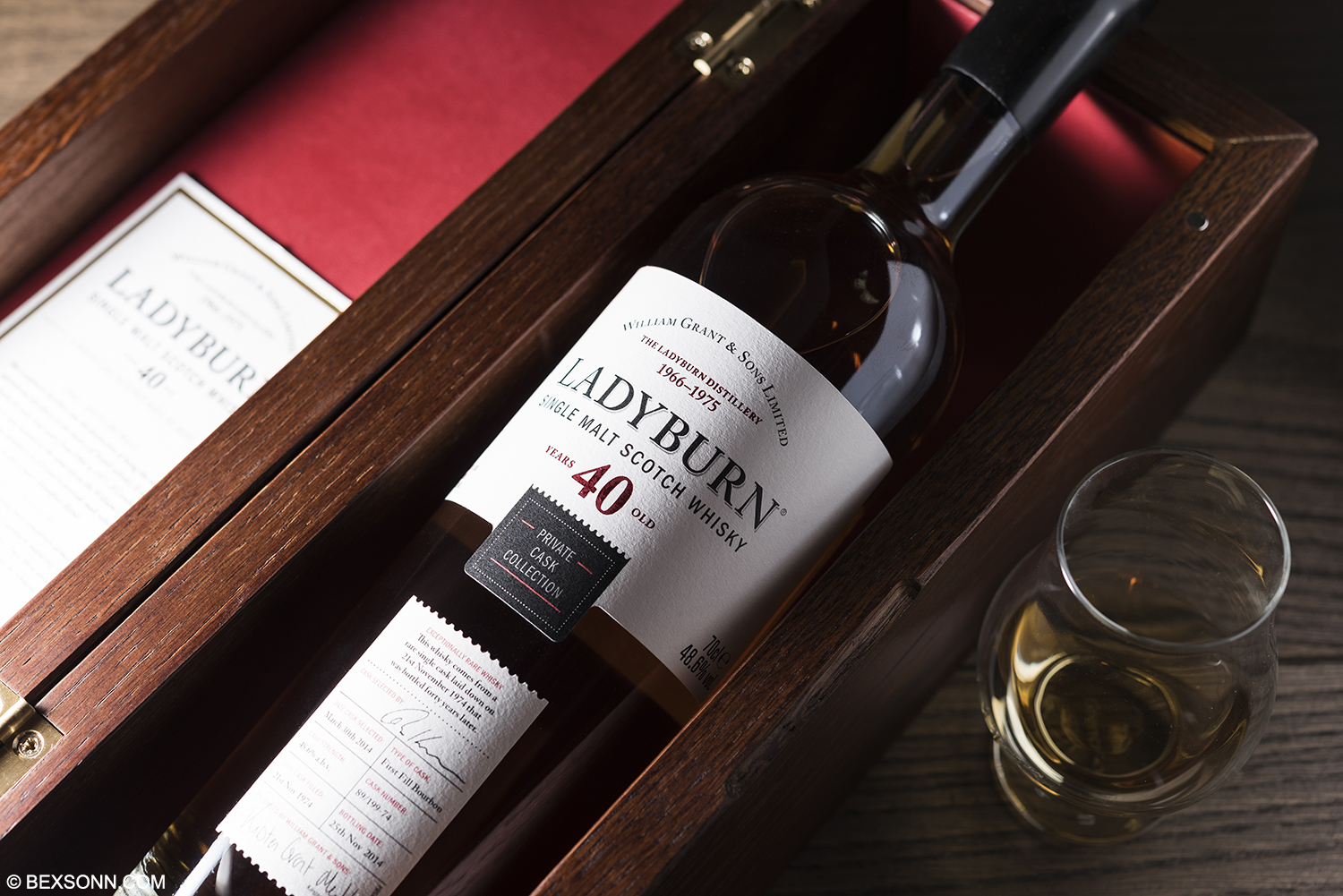 On the nose: you’ll get a sweet and warming waft of marzipan, coupled with some bitter liquorice. These initial notes are then followed by those oily signature characteristics, along with some creamy notes, linseed oil, aloe vera and a hint of zest. Adding a touch of water reveals notes of Madeira cake, candyfloss and notes of a floral nature. On the palate: those sweet notes of marzipan on the nose are ever-present. Under that creamy and oily texture are notes of vanilla and aniseed alongside some peppery spices. The palate is nicely finished with notes of herbs, sage, tamarind and the slightest hint of smoke. The finish: long, peppery, herby, with lingering oak.

Conclusion: at first, the Ladyburn seems rather simple but as you delve deeper more and more notes start to emerge. It truly is a dram that has more than meets the eye. Due to the rather low ABV of 48.6%, you’d be forgiven for thinking you don’t need to add any but to cut through those oils you’ll need to add just a few drops of water to allow the Scotch to breathe and unlock the plethora of flavours available.

Ladyburn 1974 40 Year Old Single Malt Scotch Whisky can only be found online or in-store at The Whisky Shop for £2,500