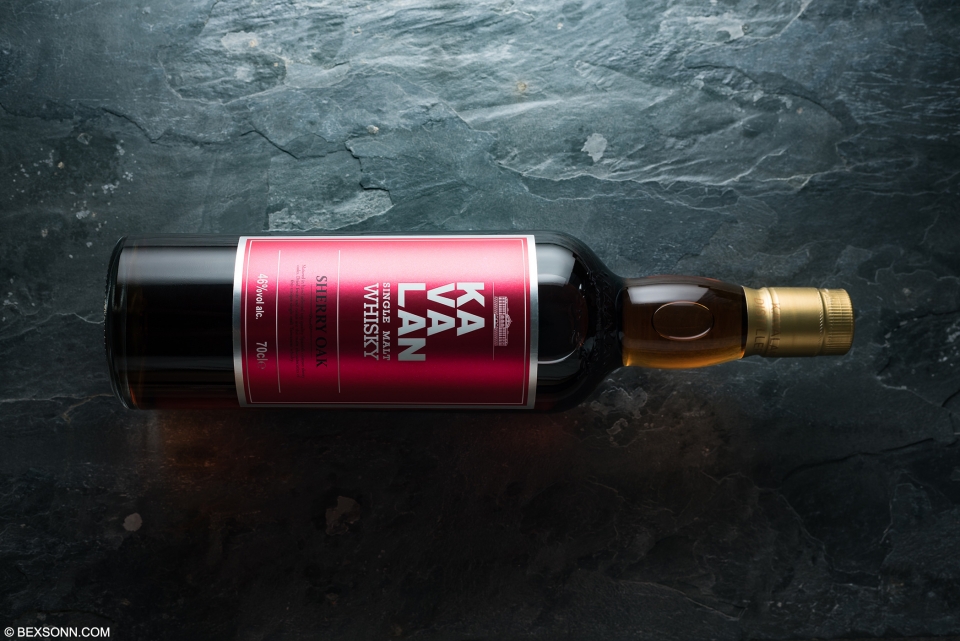 Kavalan is perhaps rather new to most of our readers, however, in their very short existence they have established a successful distillery that not only produces some delicious whisky but can also boast about the numerous awards they have won. Founded in 2005, Kavalan is Taiwan’s first whisky maker and the nation’s only family owned distillery. Located in the northeast of Taiwan, Yilan County, Kavalan are able to produce beautiful whisky. Why? simply because of the pure water, fresh air of this subtropical island, which provides the idyllic environment to produce sumptuous whisky. Hence the reason that Kavalan, despite their tender years, can boast of having multiple award-winning whisky, must notably their Solist Vinho Barrique, which took home the Worlds Best Whisky Award for 2015 and that is no easy feat. This Kavalan Sherry Oak is matured in hand selected top quality Spanish oloroso sherry casks, lending tonnes of flavour and depth.

On the nose: there are suggestions of rich dried fruits, currents, sherry, marzipan and vanilla. These initial notes are followed by cherry drops, cinnamon, all-spice cardamom. Notes of dark chocolate start to emerge, followed by walnuts, tobacco, turmeric and oranges. Rounding off the nose are notes of a candy like nature, liquorice, red apples and a waxy note. On the palate: those rich dried fruits and currents are ever-present (reminiscent of Christmas), along with chocolate, marzipan, oranges and vanilla. After a few swirls in the glass, notes of walnuts, cherries, cinnamon, cardamom, and black pepper start to appear. Rounding-off the palate is toffee, tobacco and that waxy note. The finish: is long, sweet, spicy, with  lingering nuttiness and dried fruits.

The verdict: Only once before have a I tasted  Kavalan and this was well before it became so well-known, and even then I was blown away with its complexity. This Sherry Oak expression is full of depth and fruitful, sweet flavours but has enough spices to remind you there is much more going on. With a ABV of 46%, it does require just a few drops to take off that spicy edge. However, if more is required, then do so until it’s just right for you. I found this drop was well-paired with a bar of quality dark chocolate, around 70% cocoa.

For more information on this Sherry Cask Finish expression , visit the Kavalan website.