JUST: The Laurent Ferrier Galet Micro Rotor, As Good As It Gets 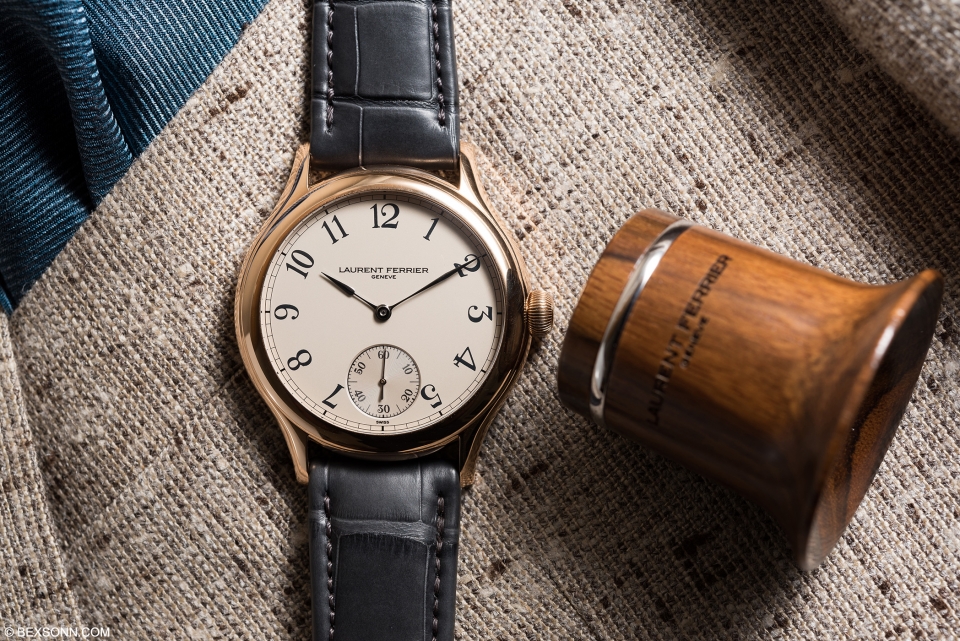 Laurent Ferrier needs no introduction. As every single article out there will tell you, yes he did some stuff at Patek (40 years ago) and yes he placed at Le Mans (3rd) behind a certain Paul Newman in 1979. Impressive stuff indeed, but today I want to talk about just his watches. This is because even without all the PR stuff listed above, the manufacture’s watches, with only a few dozen made per year are both technically and aesthetically impressive enough to stand in their own right. Specifically, this week I am taking a look at the Laurent Ferrier Galet Micro Rotor, so let’s begin.

The Galet Micro Rotor was introduced in 2011 a few years after the highly acclaimed Galet Classic Tourbillon Double Spiral that won the Men’s watch prize at GPHG in 2010. Where the Galet Classic was all about high-end watchmaking at exorbitant costs, the Micro Rotor was meant to address a need for an elegant dress watch, with the same level of detail, but at a relatively more accessible price point. 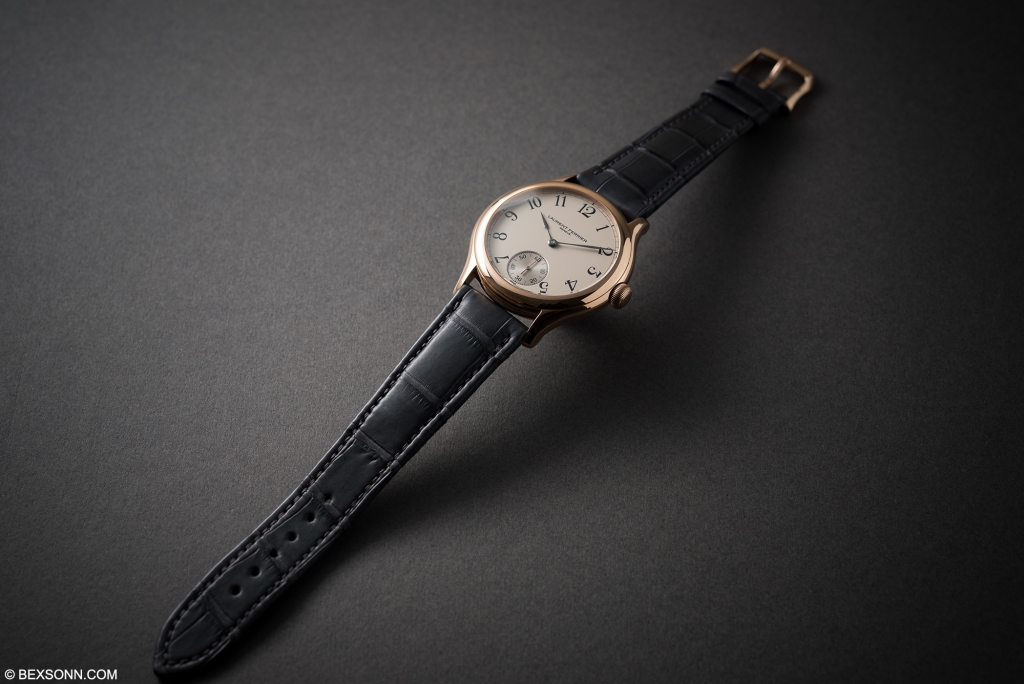 The first thing about this watch is of course it’s downright good looks. I have yet to come across anyone who is highly critical of the way this thing looks. Though some may not wear it, there’s no denying the visual language of the Galet Micro Rotor has been thoroughly thought out. The amorphous 40mm case, free from bevels and with its rounded bezel works together with the thin straight lugs. The signature onion-shaped winding crown has just enough detail in it to offset the entirely polished case and though large in size, is in proportion with the case. 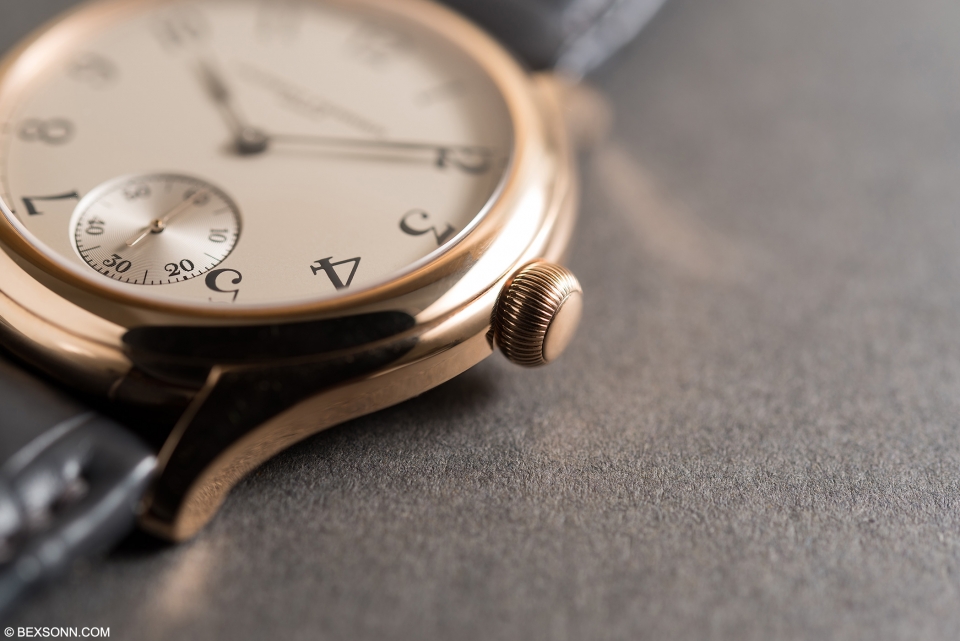 The dial, in this case an eggshell colour, shares the same colour palette as its case, blending well with the warmth of the rose gold. Now for my favourite part. I have always been a fan of Laurent Ferrier dials and the relationship the hour markers share with the hands. Dubbed as ‘assegai’ or spear-shaped hands, these are characteristically in the style of Laurent Ferrier. In relationship with the gentle serif Arabic numerals, they are so subtle in its form, but entirely obvious when viewed as a whole. I must admit, I do prefer the other dial variant, without the Arabic numerals, but as I mentioned, though I would choose another Laurent Ferrier dial layout, I can’t deny that this works too. 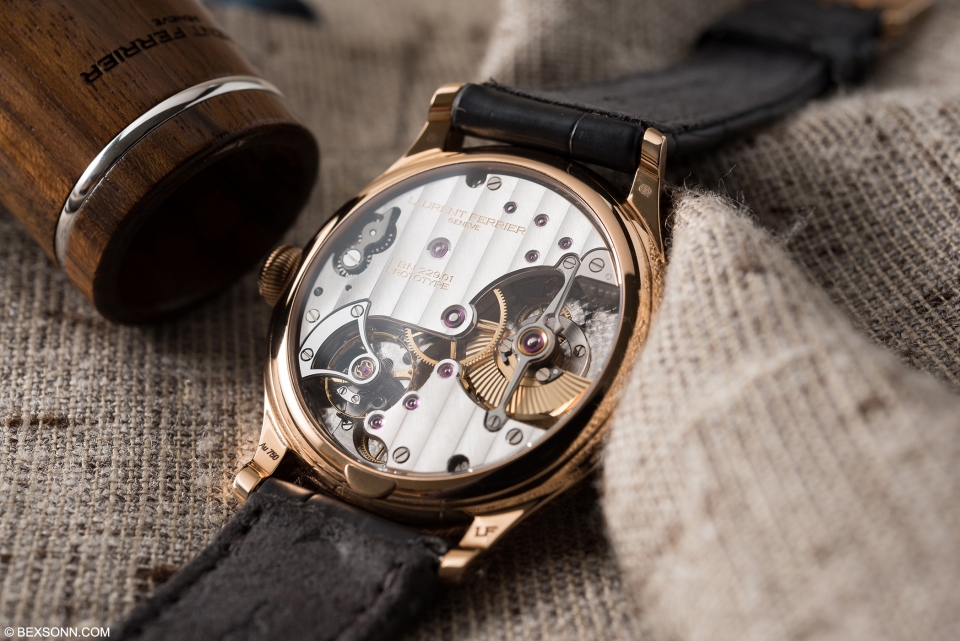 A look through the back of the Galet Micro Rotor reveals the pièce de résistance; the self-winding LF 230.01, an in-house movement that communicates a sense of traditional watchmaking but in a modern forward thinking context. Now, for a Haute Horlogerie manufacture and especially a company that makes a few dozen pieces a year like Laurent Ferrier, it is certainly not traditional to create an automatic movement as the rotor always gets in the way of showing the master skill of the movement. But as mentioned, the folks at Laurent Ferrier decided otherwise and through using a micro rotor, managed to create a movement that is aesthetically traditional but with a modern sensibility and functionality in mind with the use of an automatic movement. The movement is impressive, a double direct-impulse escapement.

The LF 230.01, is not only aesthetically pleasing through its expert hand finishing, but also in the way that the architecture of the movement has been thought out. The placement of each component, just like the front of the watch has been thought out, creating something proportionately pleasing. With the solid gold fan-shaped micro rotor suspended by a large bridge, there is a great depth that is achieved as it creates the illusion of it suspended in its enclosure. The micro rotor uses a pawl, allowing it to wind in a unidirectional manner, adding efficiency and reliability. 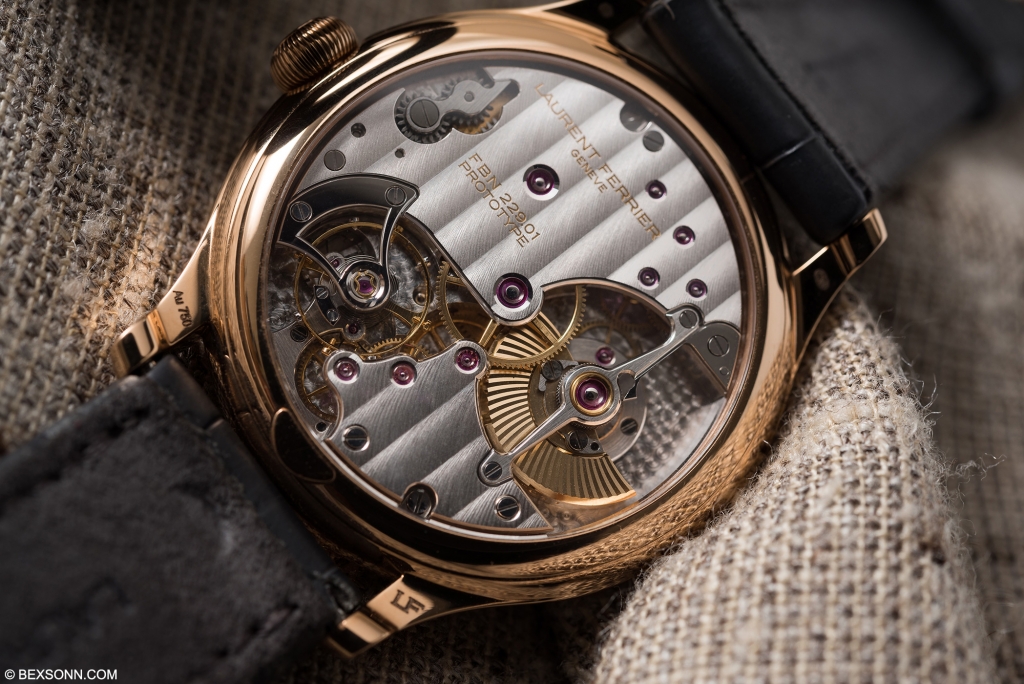 To the bottom right of this is the signature double direct-impulse escapement, that uses less power and maintains amplitude better through the escape lever being locked between two escape wheels, smoothly transferring power. The watch can also be manually wound, and there is a great joy in this as it clicks like an old pocket watch. If you look at the movement directly next to the crown you will see the gears clicking together when the watch is being wound, and the sound is very satisfying. The timekeeping on the Micro Rotor is phenomenal, chronometer certified by the Besançon Observatory, performing far better than COSC watches and it has a power reserve of 72 hours.

The contrasts of finishing with a backdrop of perlage shows the traditional side of Laurent Ferrier with interior angles hand-crafted with a burin, Côtes de Genève striped motif and circular graining. 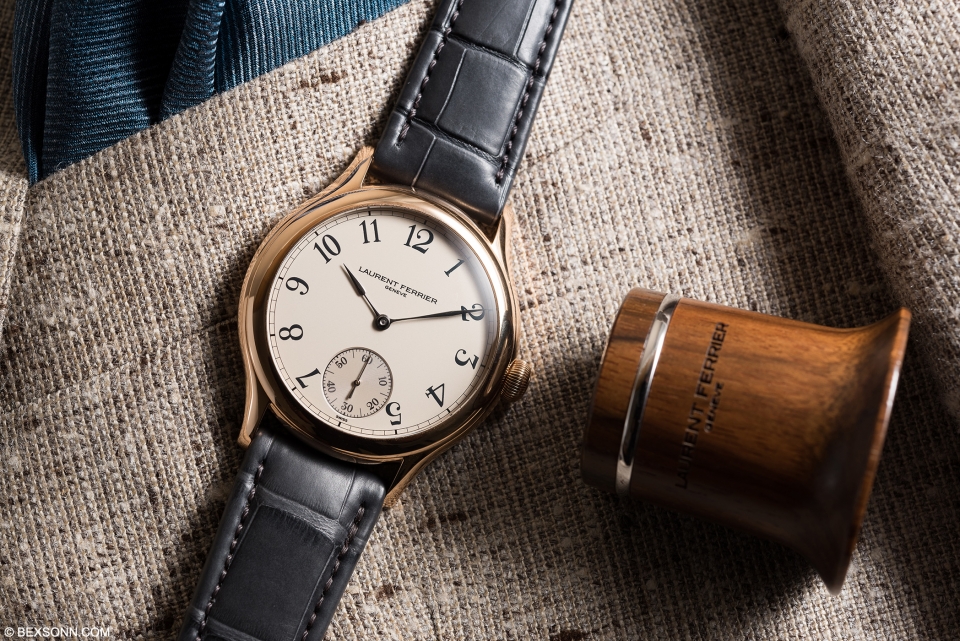 Bar a single man watch brand in the Jura Mountains (Yes, Philippe Dufour), this finishing is as good as it gets and trust me when I say, it is not a hyperbole. If you are looking for a watch that strikes a great balance between beauty, performance and functionality, I would be hard pressed to find something close to a Laurent Ferrier Galet Micro Rotor.

I must admit I am biased, as I am a proud owner of a Galet Micro Rotor. But perhaps because of that I can speak with more experience of what it really is like to wear it daily and convey a more honest experience. 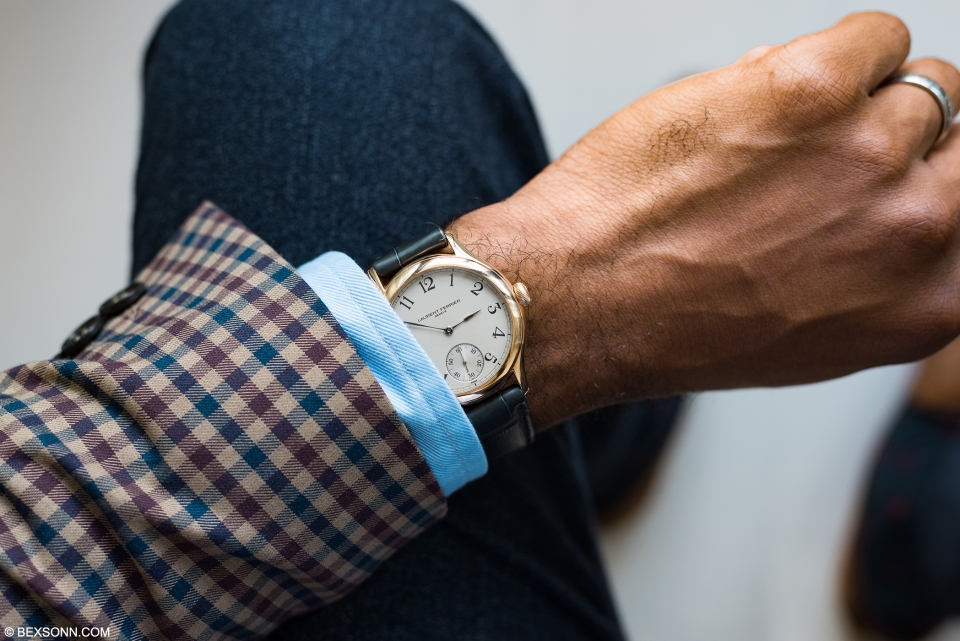 I remember in the summer when I was visiting Melbourne, I walked into a vintage watch shop in the Central Business District on the corner of Elizabeth and Little Collins Street wearing my Laurent Ferrier. Asking to look at what was an old Patek chronograph, I removed my watch to try it on and as I placed my Galet Micro Rotor on the table, the shop owner looked at it, back up at me and said: ‘You don’t see those very often.’

It is exactly this aura that a Laurent Ferrier holds that perhaps, beyond the superlative finishing and excellent design, is inexplicable. It is the sum of the proportionality of the dial, hands, and markers, the architecture of the movement and its finishing. The smooth bevel free case and onion crown, all executed with perfect timing that makes Laurent Ferrier so special. I have had friends, who know nothing about watches but try on my Galet Micro Rotor and tell me, holy *expletive*, that is a watch! From afar, it is fair to assume that this is just any other luxury dress watch but a Laurent Ferrier is a gift that keeps giving and once you handle it you really start to notice more and more as time goes on, the little details that makes it such a great piece. 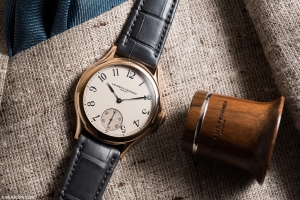 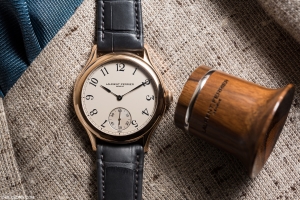 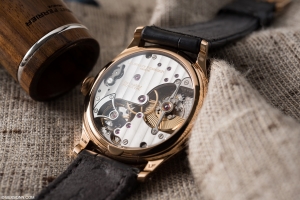 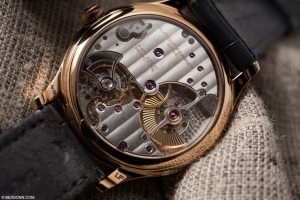 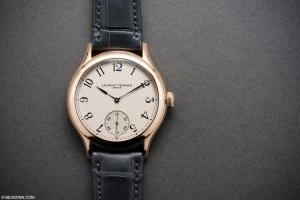 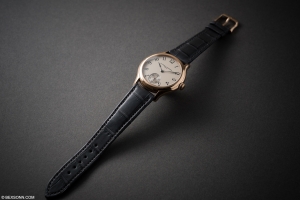 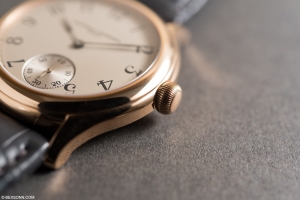 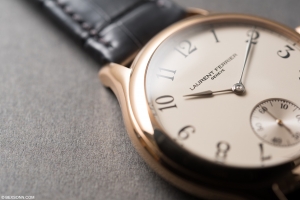 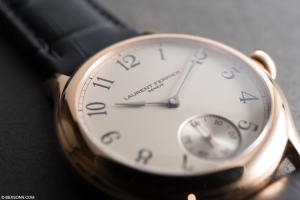 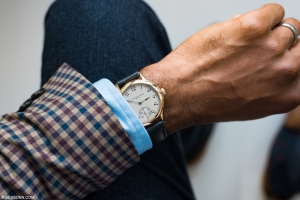