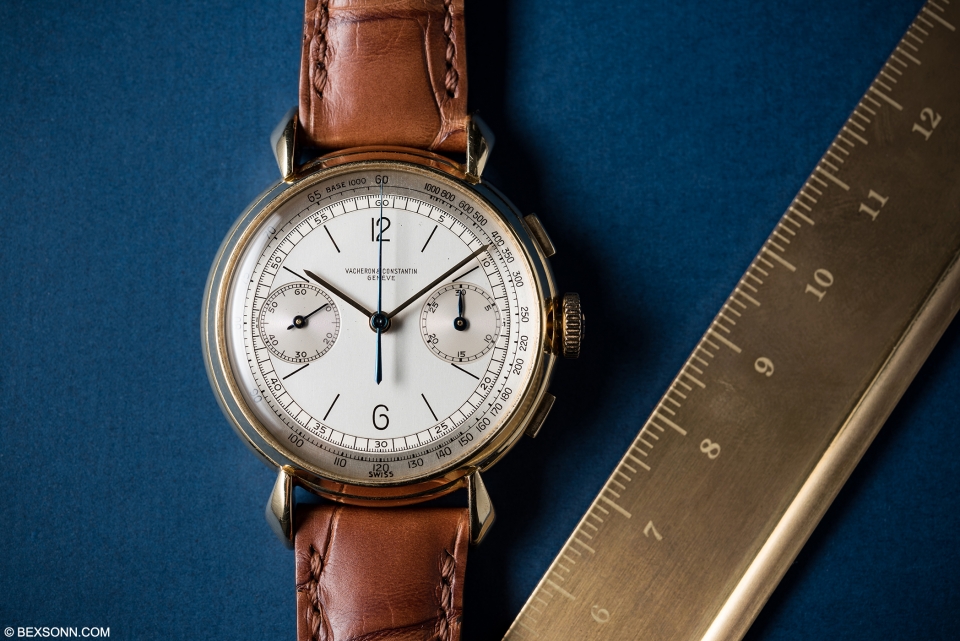 It doesn’t happen often but every now and then an absolutely stunning Vacheron Constantin ref. 4178 Chronograph with two-tone dial, in immaculate condition I may add, comes up for sale. We’ve featured a reference 4178 here on BEXSONN before but this piece came from Vacheron’s very own store on Bond Street, as part of their “Collectionneurs” initiative. This piece is being offered from the collection of one of the worlds most renowned Vacheron collectors. 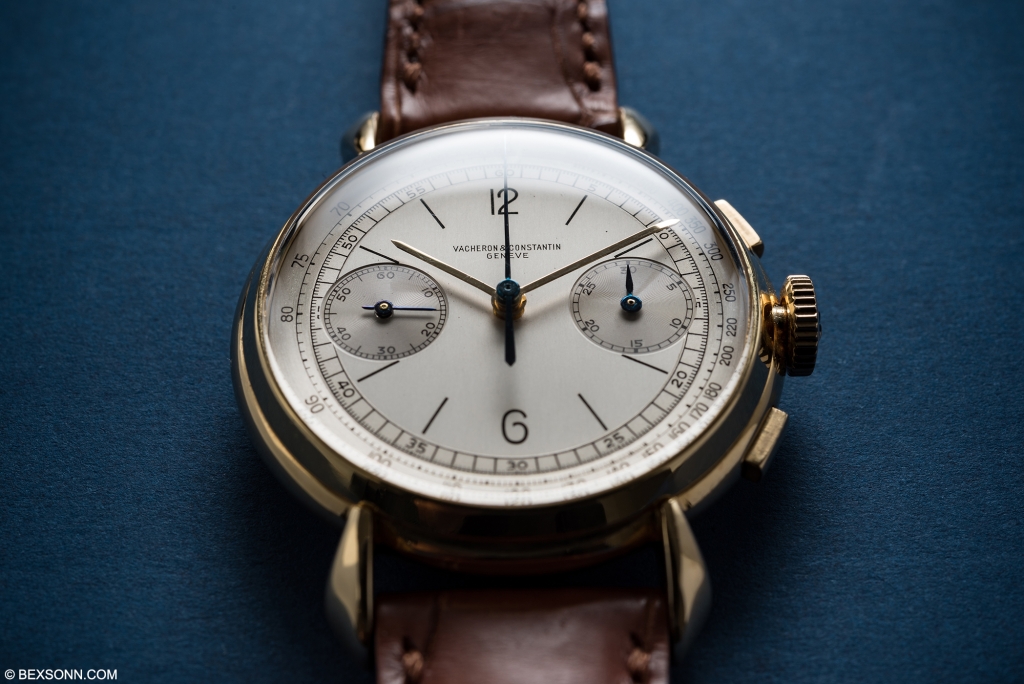 As you may well be aware, Vacheron are no strangers to fine gentlemen’s chronograph wristwatches and it is very evident when you look at their long list of chronographs that were first introduced in the early part of the 20th century. Just like Patek, and Audemars to some extent, Vacheron produced some absolutely stunning and iconic pieces during this era; such as the monopusher chronograph ref. 3466, the very popular and rare ref. 4072 that was made in considerable small quantities and the ref. 6087 that sported the unmistakable cow horn lugs and featured an anti-magnetic and water-resistant case. The ref. 4177 and of course this, the iconic VC chronograph model that is the ref. 4178 – considered by many as one of the most beautiful chronographs ever made and in my humble opinion, I find it hard to object. 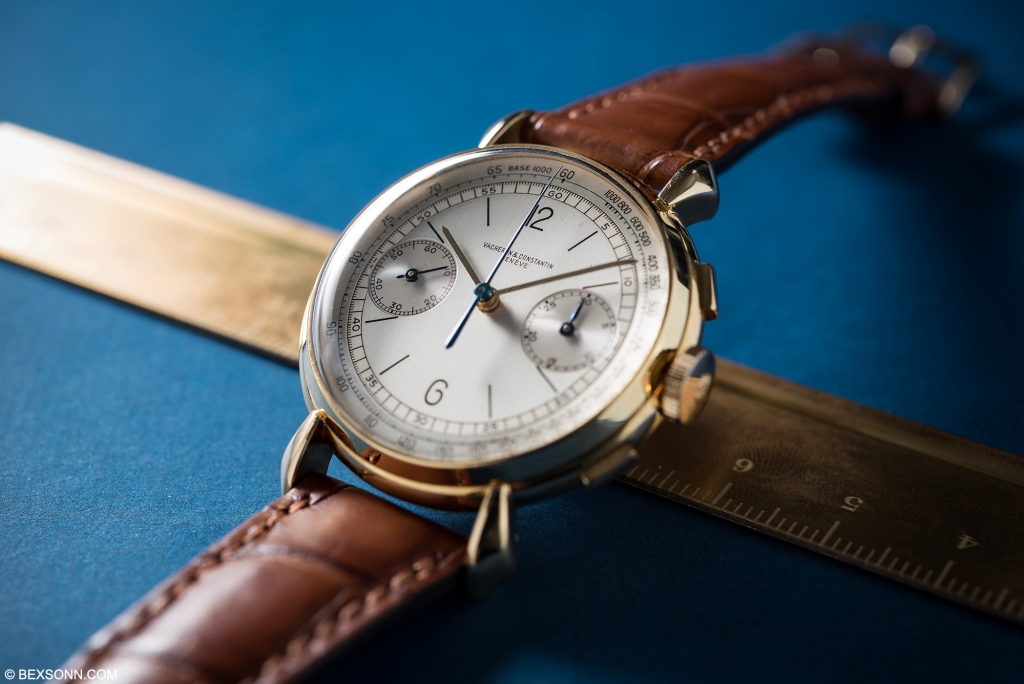 There are quite a few dial variations of the Vacheron ref. 4178 that were made but for me, I think the two-tone dials have to be considered the best of them all, with the exception of the Pulsation dial of course; which is in another class of its own. This particular 4178 features the aforementioned beautiful two-tone silver dial, with enamel Arabic numerals at 12 and 6 o’clock and long, thin indices (which would’ve in those days been applied using a technique known as champlevé that offer a clean, elegant appearance. It of course sports the customary blued chronograph seconds and subsidiary dial hands, which on this dial seems more prominent. But arguably the best part about this dial, is its condition. It appears to be in an original and unmolested state, which is seldom seen and the case, with its tear drop lugs, is in as equally good condition too. 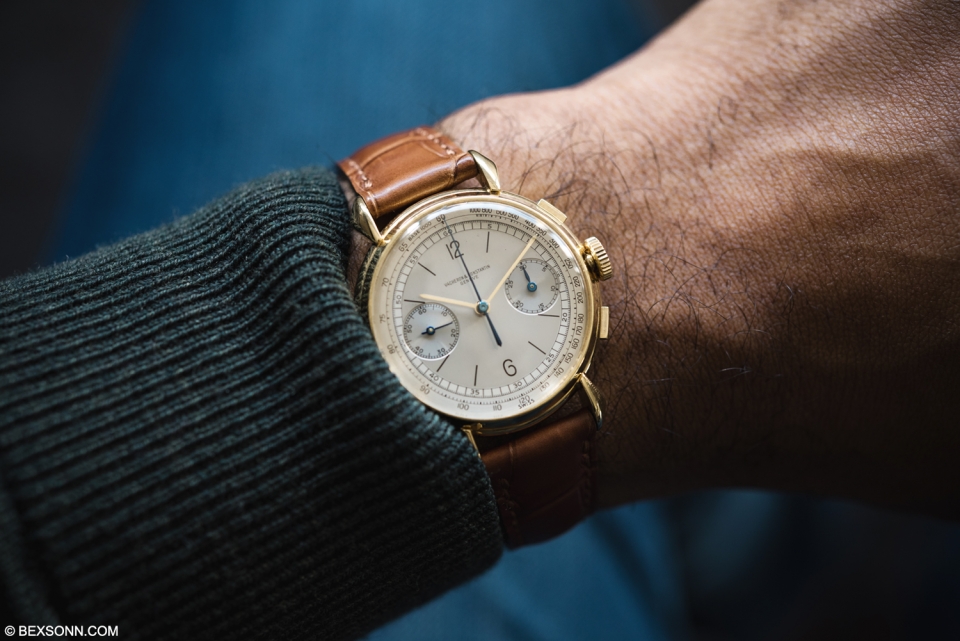 Interestingly, the Vacheron 4178 spanned a production run from 1940 to 1964, and in true mid-century fashion, there were various pieces made in yellow-gold, rose-gold and even stainless steel (including bi-metal too) and just like the steel chronographs produced by Patek during these years, steel Vacheron chronographs are just as rare, if not, even more so. Inside this 1947 ref. 4178 is the 19 jewelled calibre 434 13’” (base ebauche Valjoux 22). The three-piece 18-carat gold case measures 36mm and of course features the elaborate sculpted tear-drop lugs and stepped snap-case back. Vacheron didn’t make many 18-carat yellow-gold, with the calibre 434, in fact during production they only made 231 examples, making each one pretty darned rare if you ask me.

This Vacheron Constantin chronograph reference 4178 is currently on sale over at the Watch Xchange, for £33,500. For more info, head over to their website. 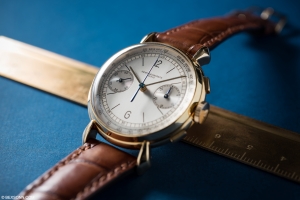 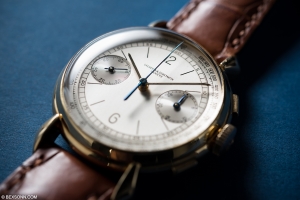 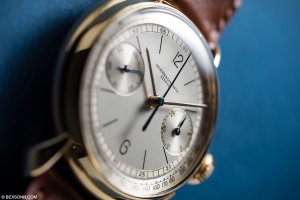 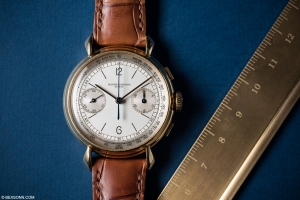 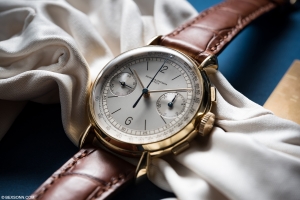 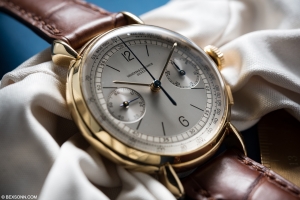 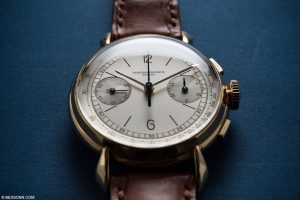 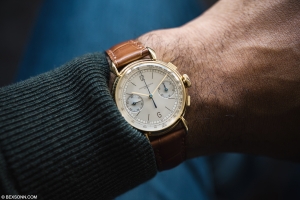