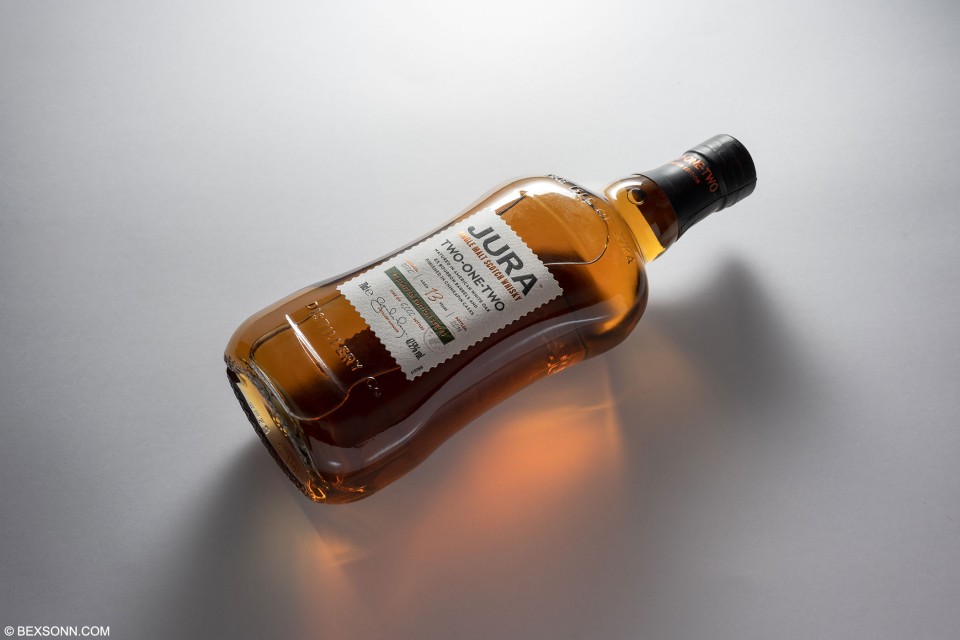 Not too long ago, we posted tasting notes on a drop of liquid gold from the Jura distillery. As mentioned in the past, Jura are known for producing many different whisky styles from light and fruity through to rich and heavily peated, so essentially there should be a Jura whisky for everyone. While this particular drop does fall in to one of these style categories, it was indeed a Scotch made for a more specific reason. The Two-One-Two Limited Edition Series celebrates the small and vibrant community of roughly 212 islanders – and one distillery. This is the first release in the Two-One-Two series of annual limited editions, which embraces the signature character of Jura but adds something completely different. Matured for 13 years in American White Oak ex-bourbon barrels, this whisky was finished in casks made from Chinkapin oak, a type of wood rarely used in whisky making that imbues the spirit with a spicy character.

On the nose: there is a lovely initial waft of sultanas, stewed fruits, vanilla and toffee. These initial notes are closely followed by Demerara sugar, butterscotch, all-spice, cinnamon and a twist of lemon zest. Completing the nose are notes of cheesecake, an unsuspected meaty note, pears, oranges, stem ginger and a nutty aroma. On the palate: notes of tropical nature are rather apparent, followed by notes lemon bonbons, vanilla and white pepper. These initial notes are followed by toffee, Demerara sugar, toasted oats and bitter dark chocolate. Rounding-off the palate are notes of oranges, poached pears, bananas, butterscotch and a suggestion of roasted pistachios. The finish: medium/long, sweet and spicy, with lingering nuttiness, stewed fruits and zest.

The verdict: This 13-year-old Time expression is a rather lovely surprise. It is a lovely dram that needs that needs little in the way of persuasion to share its depth in flavour. With an ABV of 47.5%, while it may seem like it may need water, just allowing it to breathe for a few minutes before drinking really does unlocks some of those lighter notes.