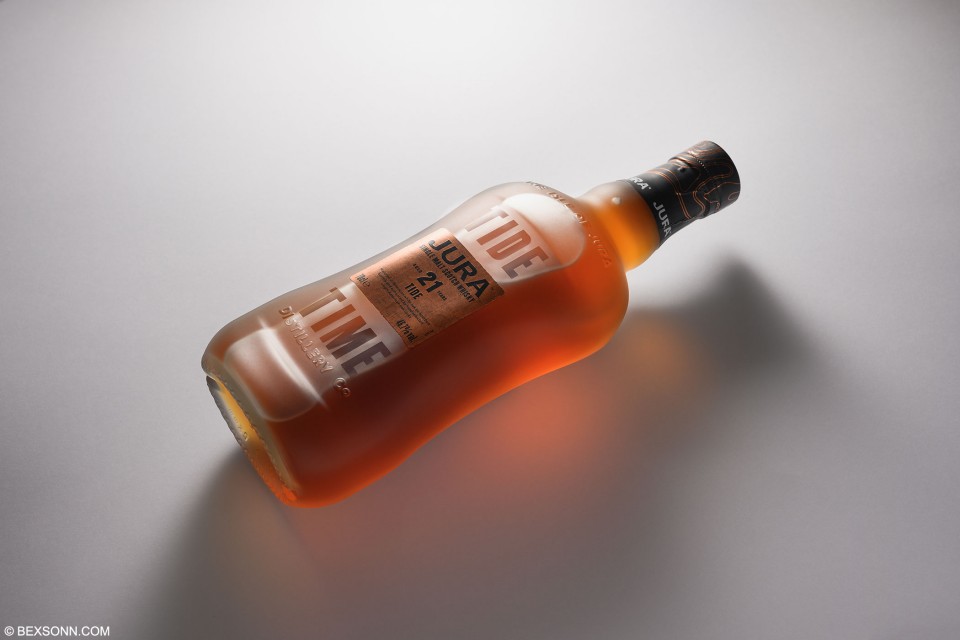 It’s a New Year and it has been admittedly quite some time since we last sampled a drop of liquid gold from the Jura distillery. As mentioned in the past, Jura are known for producing many different whisky styles from light and fruity through to rich and heavily peated, so essentially there should be a Jura whisky for everyone. While this particular drop does fall in to one of these style categories, it was indeed a Scotch made for a more specific reason.

It is said that in the vast wilderness of the Jura island , it’s easy to lose track of time. But if you stop a moment in that beautiful wilderness and listen to the silence, the only sound to be heard soon helps you find it once more: the tide. This new expression from the Jura distillery is sweet and smoky from 21 long years of maturation first in American white oak ex-bourbon barrels and further finessed with a spicy character from hand-selected virgin American white oak casks.

On the nose: there is a lovely initial waft of toffee and butterscotch, followed by vanilla, all-spice and cinnamon. These initial notes are closely followed by notes of sweet lime zest, a slight meaty notes, ginger and chocolate. Completing the nose are notes of pineapple, gooseberries, ripe bananas and tobacco leaf. On the palate: those notes of toffee are ever-present, alongside notes of raisins, macarons, frangipane and gingerbread. Notes of vanilla, all-spice and cinnamon start to emerge, followed by toasted oats, white chocolate and walnuts. Rounding-off the palate are notes of white pepper, smoke, banana and butterscotch. The finish: medium sweet, spicy, with lingering nuttiness, with a creamy texture.

The verdict: This 21-year-old Tide expression is a rather lovely surprise. It is a lovely dram that needs that needs little in the way of persuasion to share its depth in flavour. With an ABV of 46.7%, while it may seem like it may need water, just allowing it to breathe for a few minutes before drinking really does unlocks some of those lighter notes.