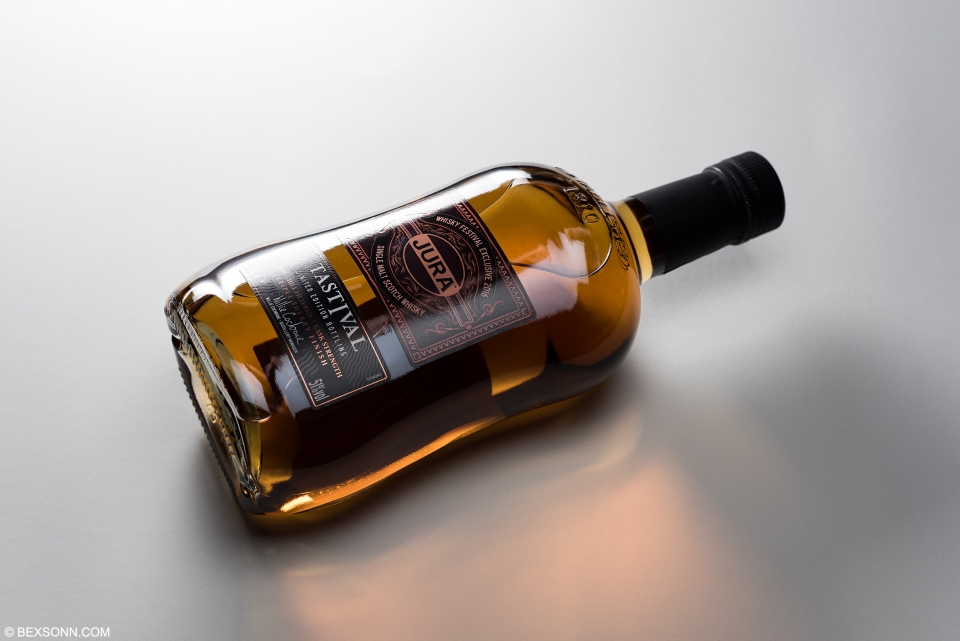 The annual whisky festivals (Feis Ile) held on the islands of Islay and Jura  have now come and gone for 2016, and despite being held the last week of May; I have now finally had an opportunity to taste the limited edition 2016 release ‘Tastival’ from the Jura distillery. Jura being the lesser known Inner Hebridean island in comparison to its sister island of Islay, but with an Island that only has one road, one pub and one distillery, they make some truly world-class whiskies. 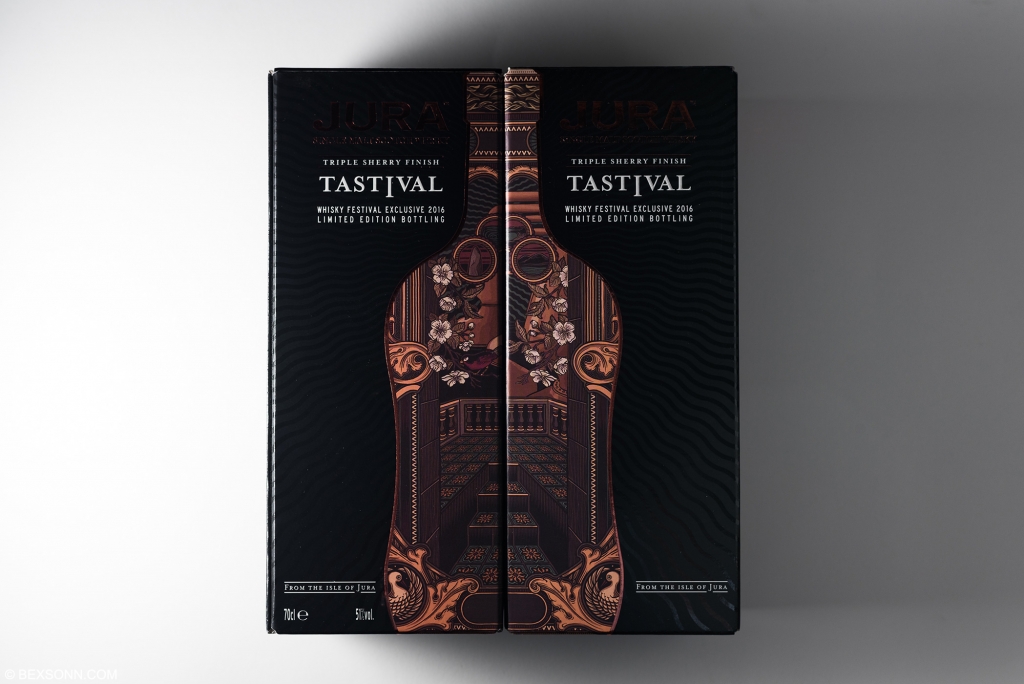 To coincide with the island’s annual whisky festival, each year they release a unique limited edition whisky called ‘Tastival’. This years release is a no age statement, cask strength whisky that has been matured on ex-bourbon barrels which has then been finished in three different styles of sherry butts including Palomino, Amoroso and Apostoles. The packaging for the 2016 Tastival was put forth to four artists who would design the artwork, then the community of Jura whisky fans selected their favourite. The winning design was by German artist Florian Schommer,  he and the three other artists were sent advanced samples of the whisky and invited to create a design that evokes the flavours they discovered.

On the nose: there are aromas of red apples and pears with hints of almonds. Notes of raisins and cinnamon follow with a light caramel almost candy floss smell. The palate: yields oak spiciness of vanilla and cinnamon with strudel like stewed apples. The mouth feel of this whisky is very rich but balanced with coastal saltiness which is expected from an island distillery. The Finish: is dry and long with the spices lingering on the palate. After letting the whisky breath for 20 minutes, the fino sherry notes really came through, plus some hidden red fruit and cherry flavours emerged.

Verdict: this is another brilliant example of Jura whisky and what such unique whiskies can be produced from this one distillery. I very much appreciate the vast difference in style this whisky has in comparison to its earlier Tastival releases and its core range of whiskies. This whisky takes the addition of water well and I would encourage you to add some to your own dram, the flavours became fruitier and sweeter and it calms down some of the spicy notes.

The 2016 release Jura Tastival is available to buy online or in-store at any well-stocked whisky shop, for about £85.

For more information on this whisky and others from the Jura range, visit the official  Jura website.