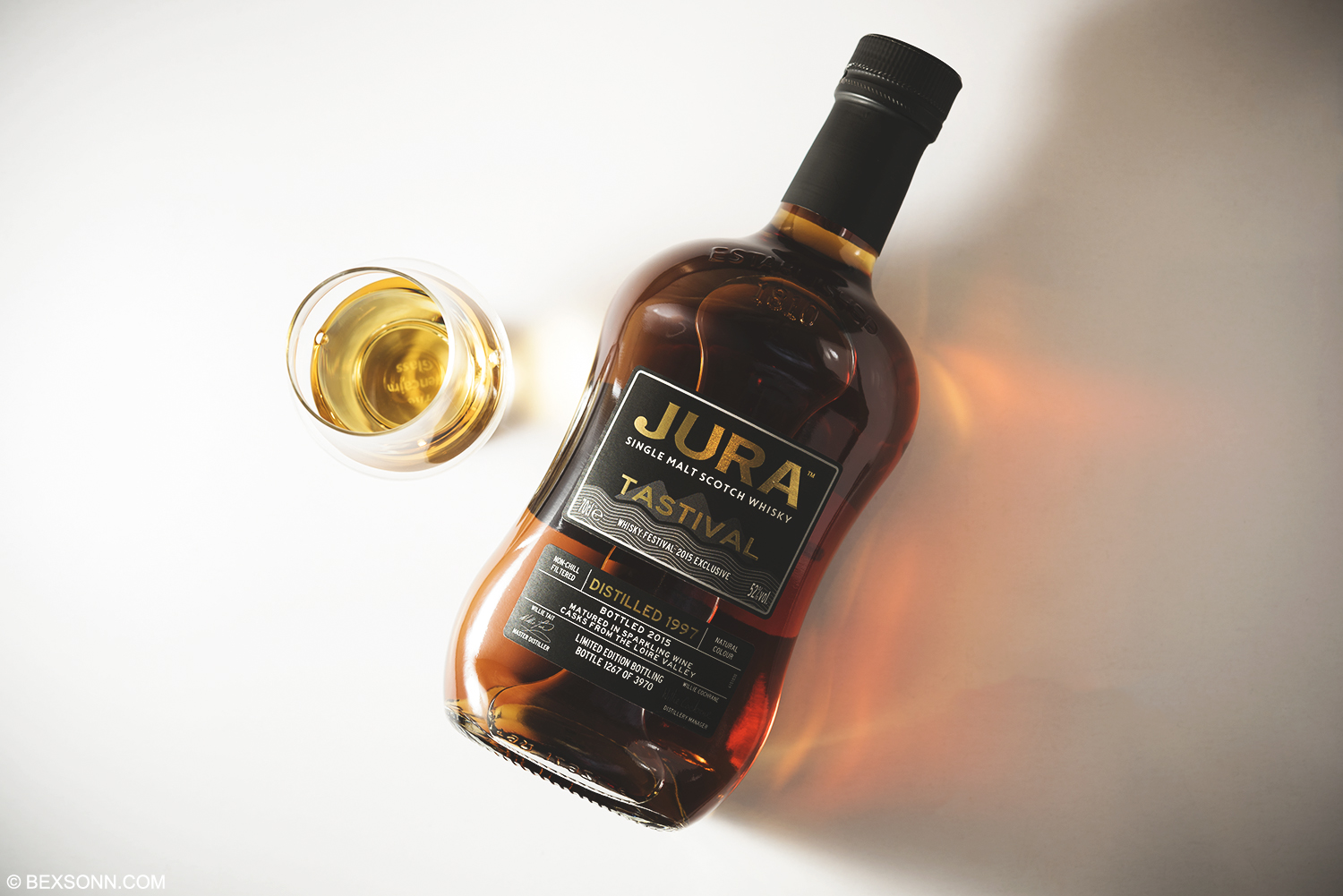 Jura Tastival 2015 Single Malt Scotch: Until recently, I’d never actually sampled any whisky from the Jura distillery but I must say, I was indeed pleasantly surprised. The Scotch of this Highland distillery is extremely distinctive to both newcomers and fans of the distillery alike, it exhibits oily, earthy and zesty notes. However, Tastival is something that Jura have introduced to help fans of the distillery to discover new ways to enjoy their whisky. This limited edition of Jura Tastival has been matured in exclusive Ladubay sparkling wine casks from the Loire Valley in France. Distilled in 1997 and bottled in 2015, only 3970 bottles of this aromatic and fruity single malt are available worldwide.

On the nose: you’ll experience intense notes of sweet pineapples, marzipan, honey and vanilla. This is closely followed by notes of fresh red apples, cinnamon, raisins, a hint of ginger stem and fennel seeds. Notes of a zesty nature start to emerge followed by christmas cake like notes, orange marmalade and barley. On the palate: those ever-so-sweet pineapple and marmalade (orange) notes are ever-present, followed by honey and vanilla. The texture is rather oily and there is a lovely zesty note lingering around in there, followed by some floral notes, cinnamon, stem ginger, fennel seed and marzipan. Some subdued notes of chocolate ganache start to emerge with a touch of oak and the slightest hint of oatmeal. The finish: is medium/long, warming and sweet with lingering oak and floral notes.

The verdict: As mentioned at the beginning, I’d never tasted any Jura Scotch whisky before now and I was indeed pleasantly surprised. The limited edition 2015 Tastival, I would say, as well as being something different for the fans of Jura also makes a great introductory dram to the distillery. Its sweet, full-bodied and spicy character is nicely balanced and easily enjoyable. With a ABV of 52%, I personally didn’t need to add any water but if you feel the need, then add just enough until it’s right for you.

The Jura Tastival 2015 Limited Edition Single Malt Scotch Whisky can be found in-store or online at The Whisky Shop for approximately £85.

For more information on the 2015 Tastival Limited Edition, visit the official Jura website.