Jura One For The Road 22 Year Old Single Scotch 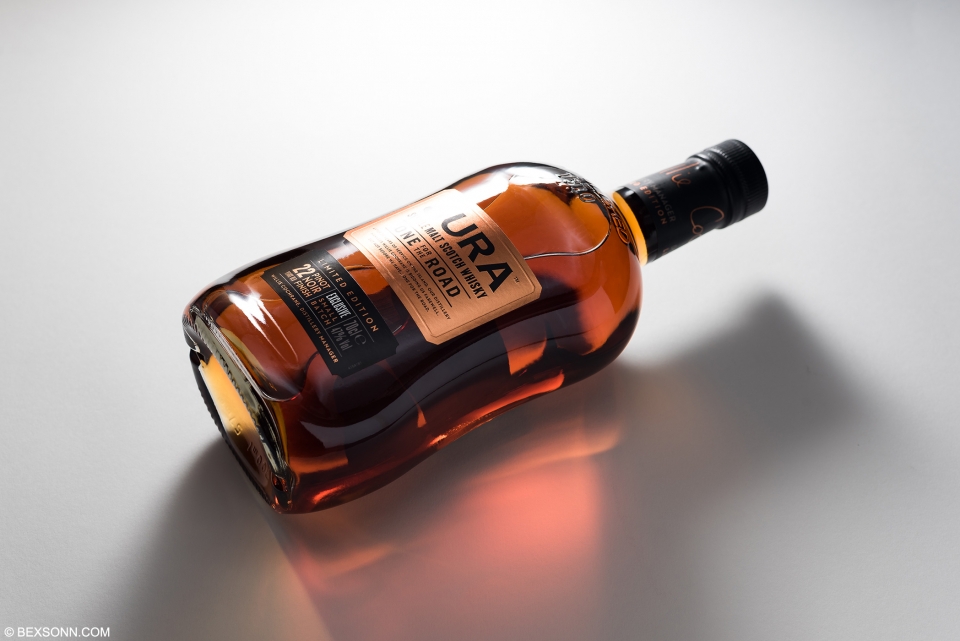 A couple of  weeks ago we looked at the annual release of the Tastival expression from Jura. We did mention that Jura are known for currently producing many different whisky styles from light and fruity through to rich and heavily peated, so essentially there should be a Jura whisky for everyone. While this particular drop does fall in to one of these style categories, it was indeed a Scotch made for a more specific reason. One for the road, is just that – One For The Road. It is a fitting tribute to a lifetime of work, this special expression allows Jura to say thank you to Willie Cochrane after 39 years of work at Jura Distillery. His contribution over 11 years as Distillery Manager has helped shape the future of Jura Whisky, so join us and the rest of the whisky world in raising a dram to toast the man himself. Sláinte!

On the nose: there is a lovely initial waft of toffee and chocolate, followed by a subdued meaty note and vanilla. These first notes are closely followed by notes of coffee beans, lemon zest, pear drops, lovely floral notes and oranges. Spicy notes of cinnamon, black pepper start to emerge, as well as some butterscotch. The nose is rounded off with notes of barley, parsnips, bananas, coconut and strangely enough cookie dough. On the palate: those oranges notes appear to be much stronger on the palate, followed by coffee, dark chocolate, vanilla and a floral perfume note. These are closely followed by that meaty note nosed, some nuttiness, lemon zest and burnt toast. Those peppery notes start to appear, alongside paprika, cloves and aniseed, wrapped up by some lavender and green herbs. The finish: long, sweet, spicy, with lingering zest and nuttiness.

The verdict: One For The Road, is a fitting tribute to say thank you to the man who has helped shape the Jura distillery and given it a bright future. It is a lovely dram that needs a bit of persuasion from water and time, before it really starts to share its depth in flavour. With an ABV of 47%, while it may seem like it may not need water, like already mentioned this really opens it up.

The Limited Edition, Jura One For The Road 22 Year Old Single Malt Scotch, can be found at any well-stocked whisky shop or online for approximately £120 but if this proves to be quite tricky, then always take a look some of the more popular whisky auctions for a bottle.

For more information on this One For The Road 22 Year Old Single expression, visit the official Jura website.