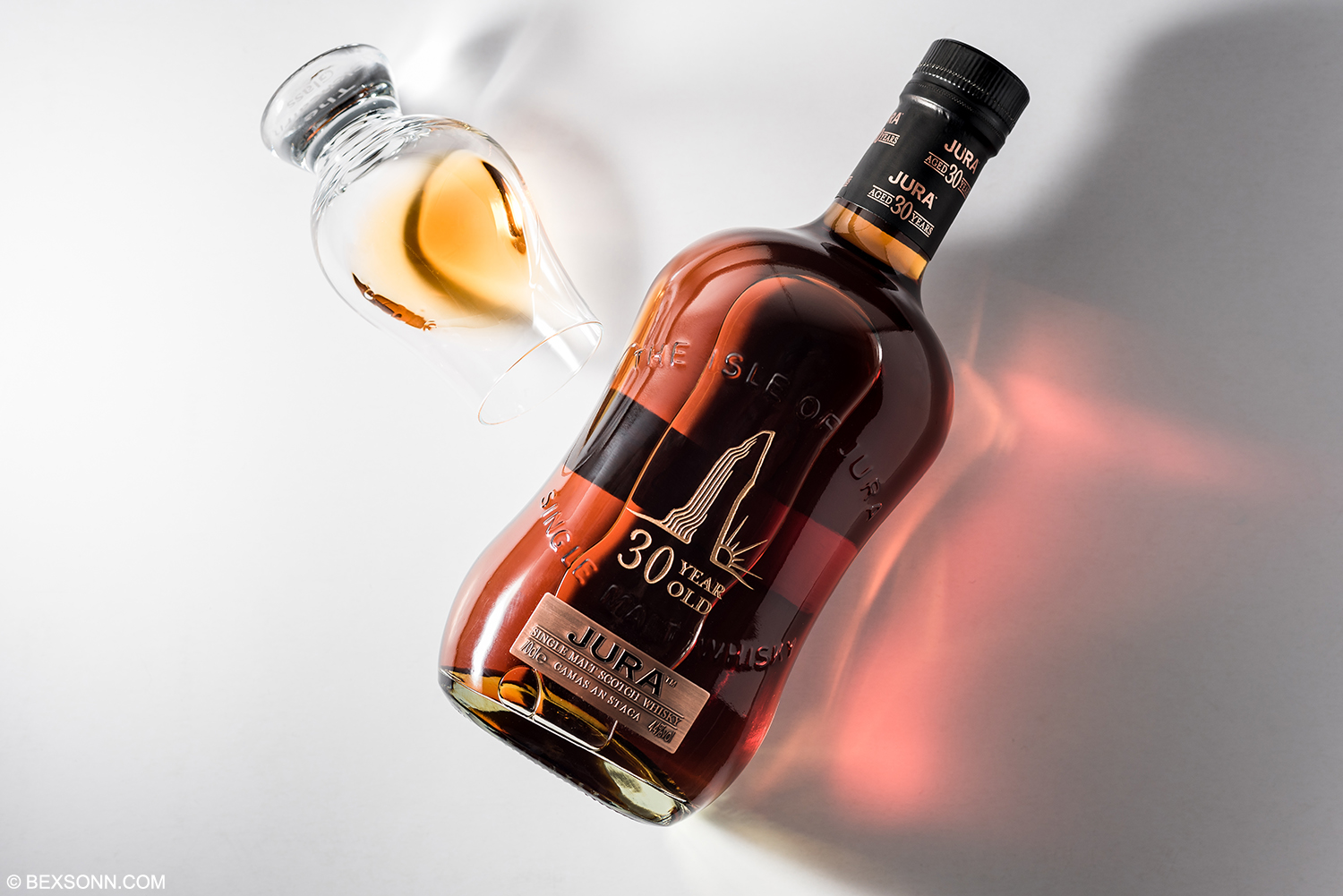 Jura 30 Year Old Camas an Staca: Just a few weeks back I posted our first ever tasting notes on Jura Scotch and was pleasantly surprised. The Scotch of this Highland distillery is extremely distinctive to both newcomers and fans of the distillery alike, it exhibits oily, earthy and zesty notes. This 30-year-old expression is something rather special. The Camas an Staca is Jura’s largest standing stone and its stately grandeur is the inspiration for this bold, rare 30-year-old. It owes its character to the Island’s pure spring water, clean air and its generations of tradition.

On the nose: you’ll experience intense notes of sweet sherry, toasted cashew nuts, honey and vanilla. This is closely followed by notes of figs, almonds, cinnamon, raisins, a hint of pineapple and liquorice. Notes of a warm barley nature start to emerge followed by oranges, coffee and red apples. On the palate: those ever-so-sweet pineapple and orange notes are ever-present, alongside notes of liquorice and caramel. The texture is rather buttery and there is a lovely zesty note lingering around in there, followed by sea salt notes, toffee, raisins and subtle hints of spices. Some subdued notes of dark chocolate start to emerge with a touch of coffee and the slightest hint of green herbs. The finish: is medium, smooth, sweet but tangy with lingering spices and sea salt.

The verdict: Like I mentioned at the beginning, I’d only tasted one other Jura Scotch before this but my goodness this was a brilliant follow-up to that first drop. Its is subtle but yet full-bodied, with a warm and comforting character, that is nicely balanced and easily enjoyable. With a ABV of 44%, I personally didn’t need to add any water but if you feel the need, then add just enough until it’s right for you.

The Jura 30 Year Old Camas an Staca Single Malt Scotch Whisky can be found in-store or online at The Whisky Shop for approximately £350.

For more information on the 30 Year Old Camas an Staca, visit the official Jura website.