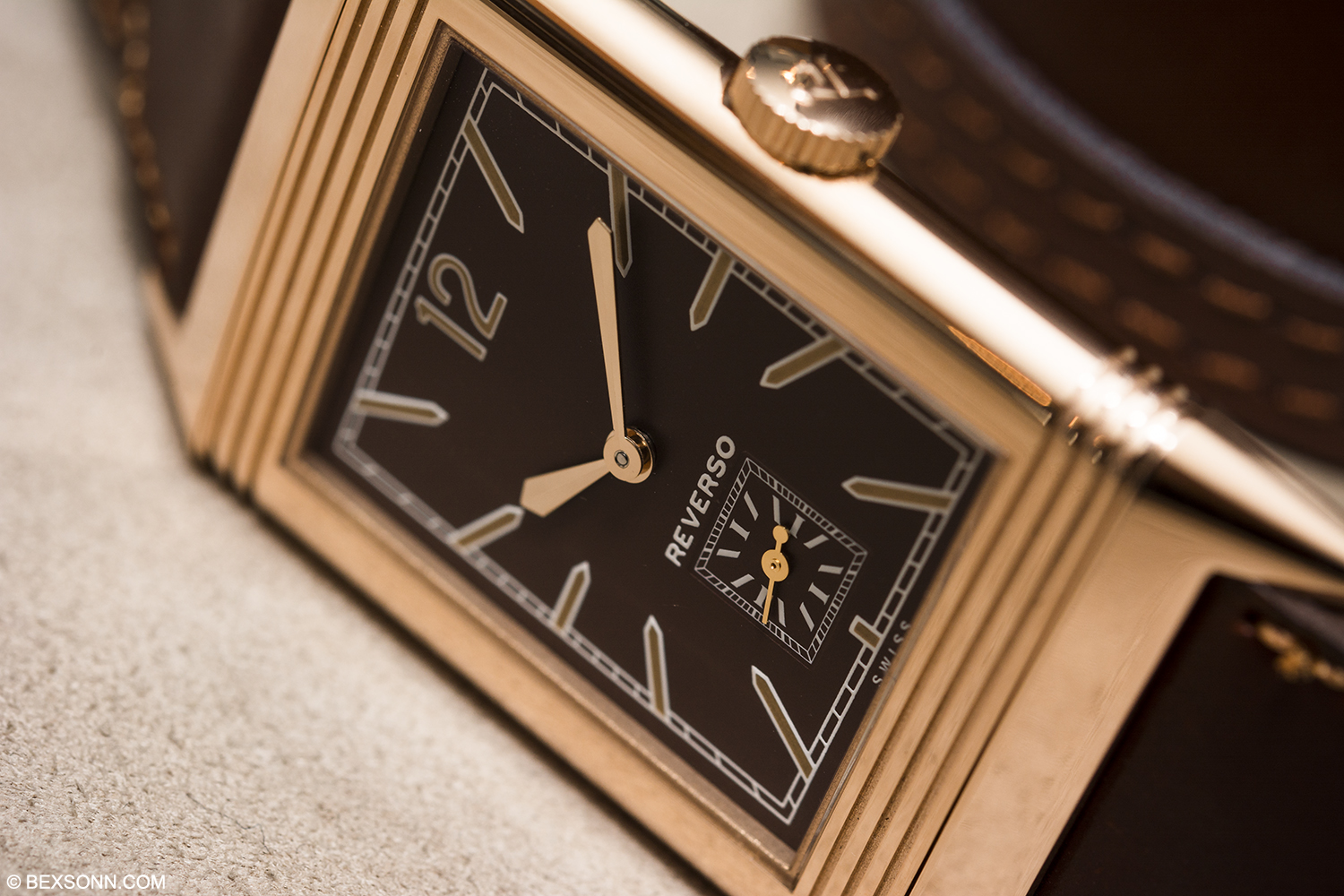 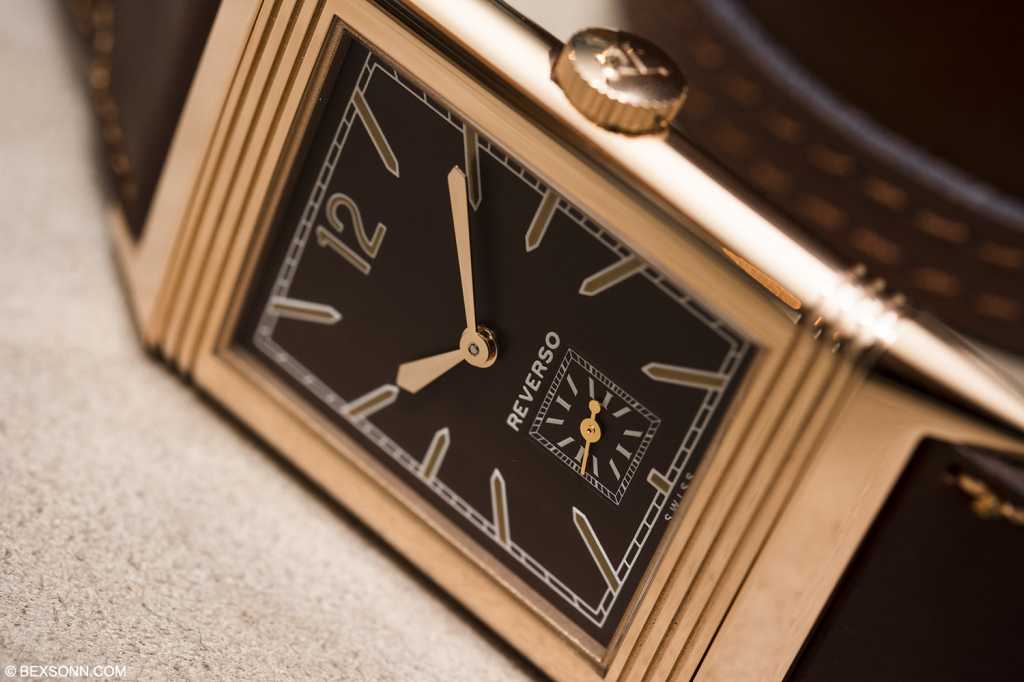 The Jaeger-LeCoultre Grande Reverso Ultra Thin 1931 Chocolate Dial: Jaeger-LeCoultre is known as a true manufacture of exquisite timepieces, ranging from simple time only pieces to super complicated Hybris Mechanica timepieces. But the one watch that will always remain a favourite among watch lovers and collectors alike is the Reverso. So, over the weekend we popped into the Jaeger-LeCoultre Boutique on Bond Street to get a hands-on look at the Grande Reverso Ultra Thin 1931 Chocolate Dial timepiece. As mentioned before in this said article here, this Chocolate Dial Reverso that was presented at this year’s SIHH was in keeping with their tribute theme – to which they’ve also added another since (the 1948 tribute which we will cover in the coming weeks). However, in this 1931 tribute version of the Reverso, Jaeger decided to go with a pink gold case – instead of the original stainless steel – which only emphasises the chocolate dial. 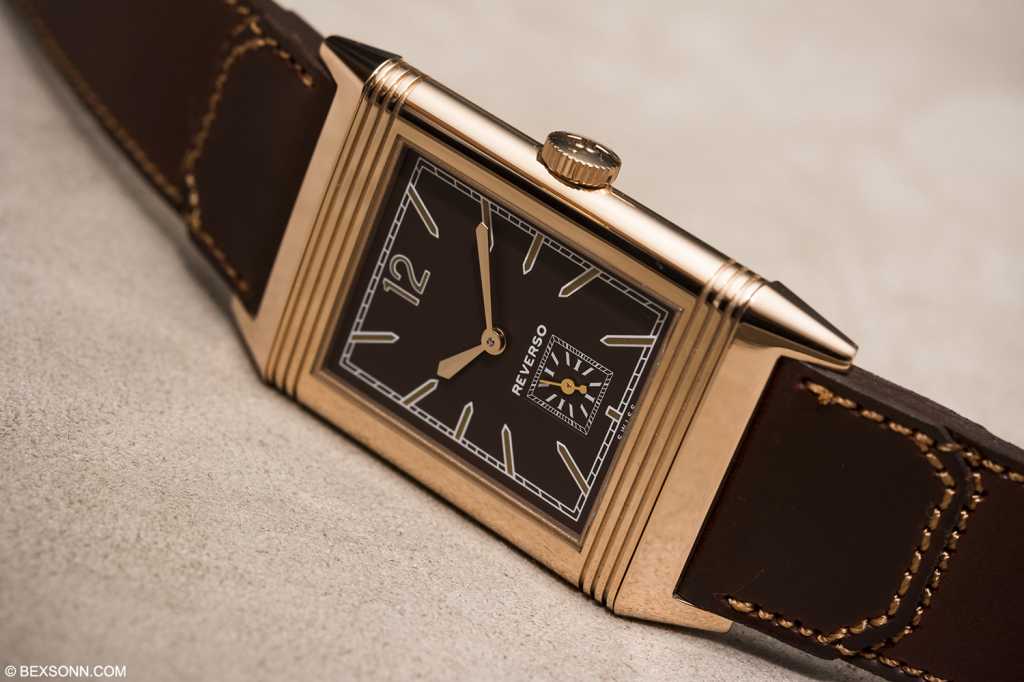 As it is the Ultra Thin, this Reverso’s case measures a mere 7.3mm in height – housing the JLC calibre 822/2, which measures a ridiculously thin 2.95mm, beating at 3Hz, it has 19 Jewels and a power reserve of 45 hours. The winding crown is rather small but not too small that you’ll find it hard to grip, plus, a larger crown would probably unsettle the aesthetics of the watch. 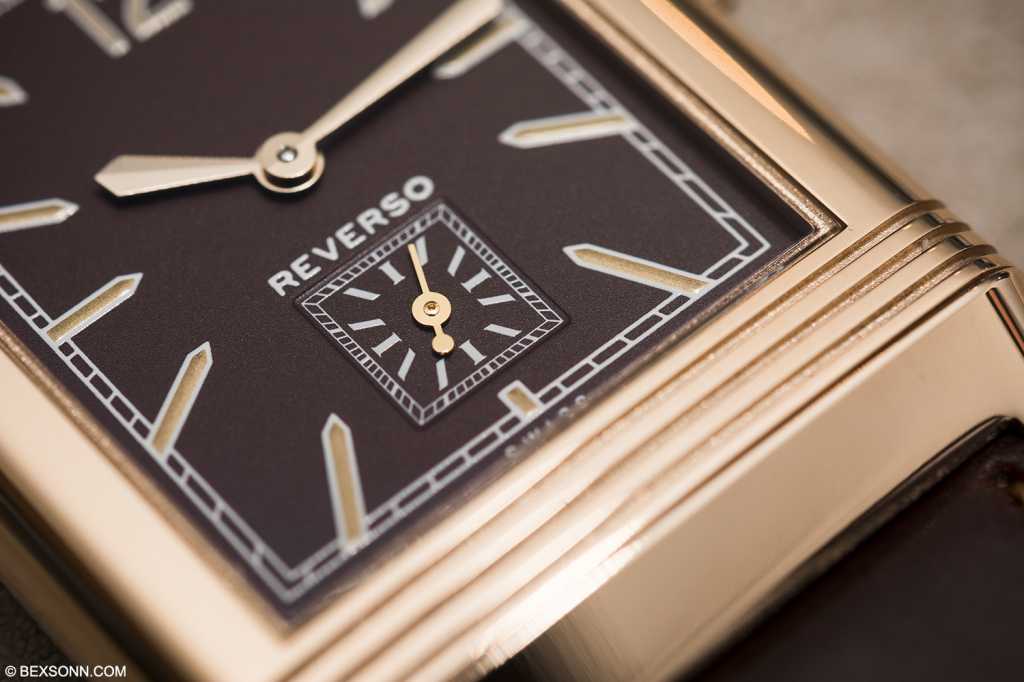 Being the tribute that Jaeger-LeCoultre dug out of the archives from the 1930’s – the only inscription you’ll see on the chocolate dial is ‘REVERSO’ above the small second sub dial at 6 o’clock. At 12 o’clock is where you’ll also see the only Arabic numeral on the dial, which is all contained within a chapter ring with gilt hour-markers – keeping it as faithful to the original dial as possible. Just like the other 1931 tributes, Jaeger have used Bâton hands but this time in pink gold matching the case. 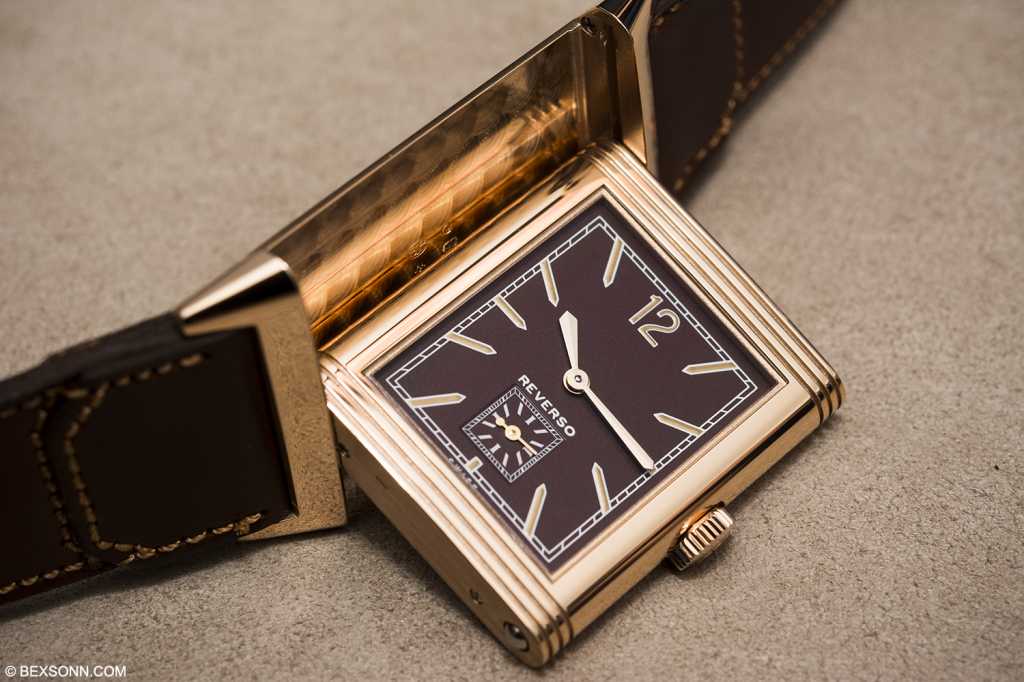 Arguably, the thing that makes this particular Reverso tribute rather cool is the Casa Fagliano strap. As mentioned in a previous article, Polo players have been wild about the Reverso for over 80 years – for very obvious reasons – but they are no less demanding when it comes to choosing the pair of boots they will wear to compete in various prestigious tournaments. So, Casa Fagliano has agreed to produce hand-crafted straps for each Grande Reverso – making each timepiece delivered unique. 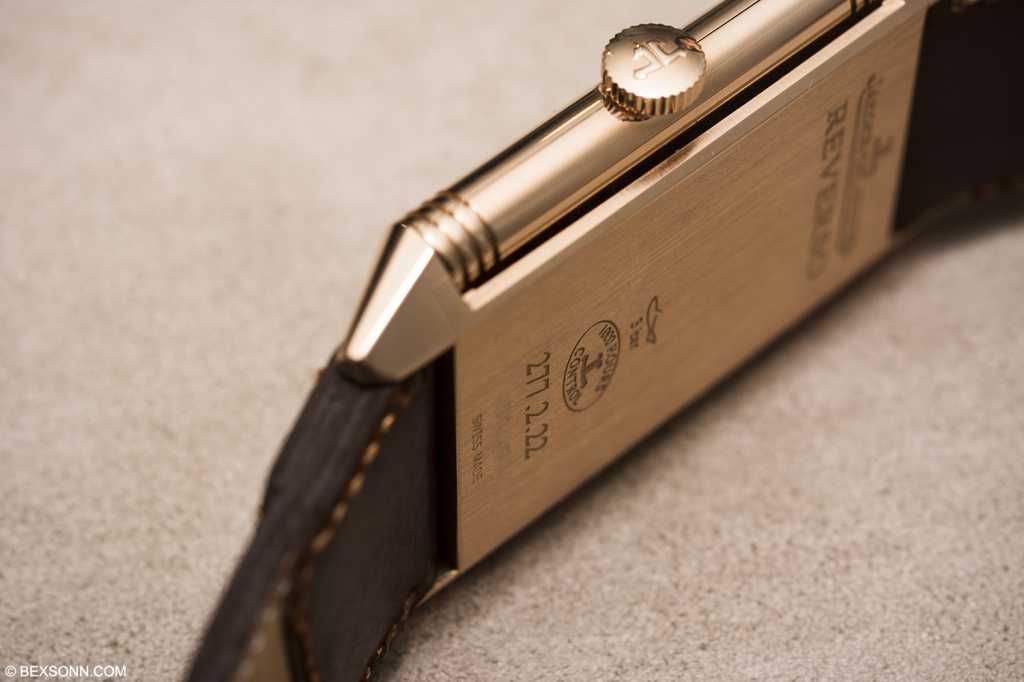 The Reverso and especially the stainless steel Ultra Thin tributes are not just dress watches. Although they may scream dress watch, you could easily wear them with both formal and casual attire – making it a good all-rounder. However, the use of pink gold on this Grande Reverso adds a bit more sophistication, making it just that bit more of a special occasion watch. Is it the type of Reverso for someone who already owns a stainless steel version? Probably but if you happen to be looking for an understated pink gold timepiece, this is one you’d definitely have to consider. The Grande Reverso Ultra Thin 1931 Chocolate Dial is available now to buy at Jaeger-LeCoultre boutiques for £12,900 incl. VAT, which in my opinion is great value for money. 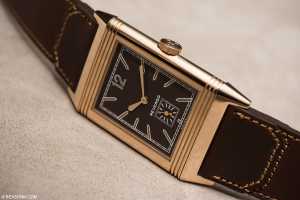 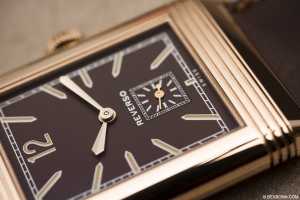 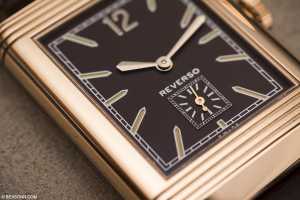 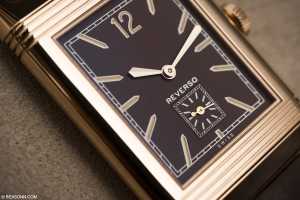 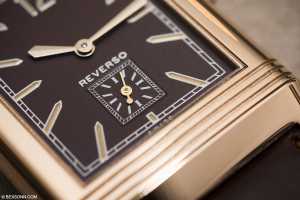 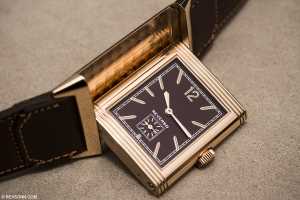 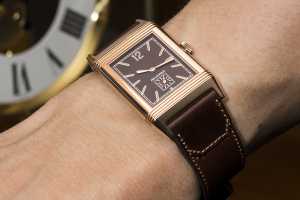 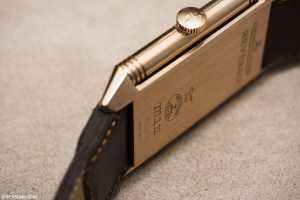 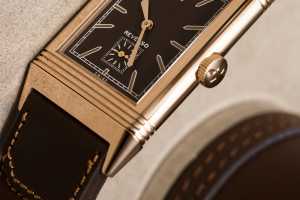 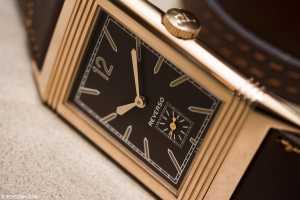