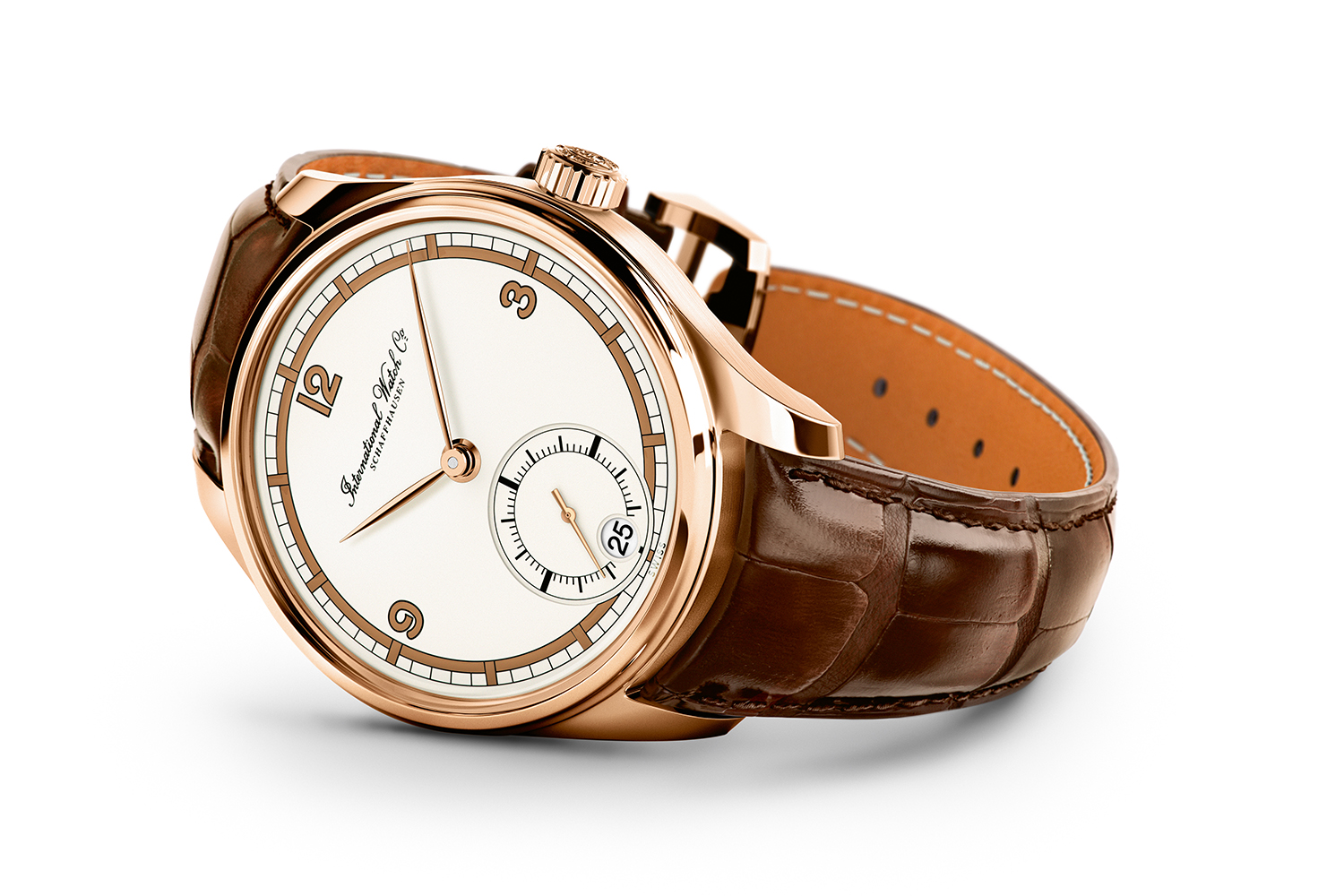 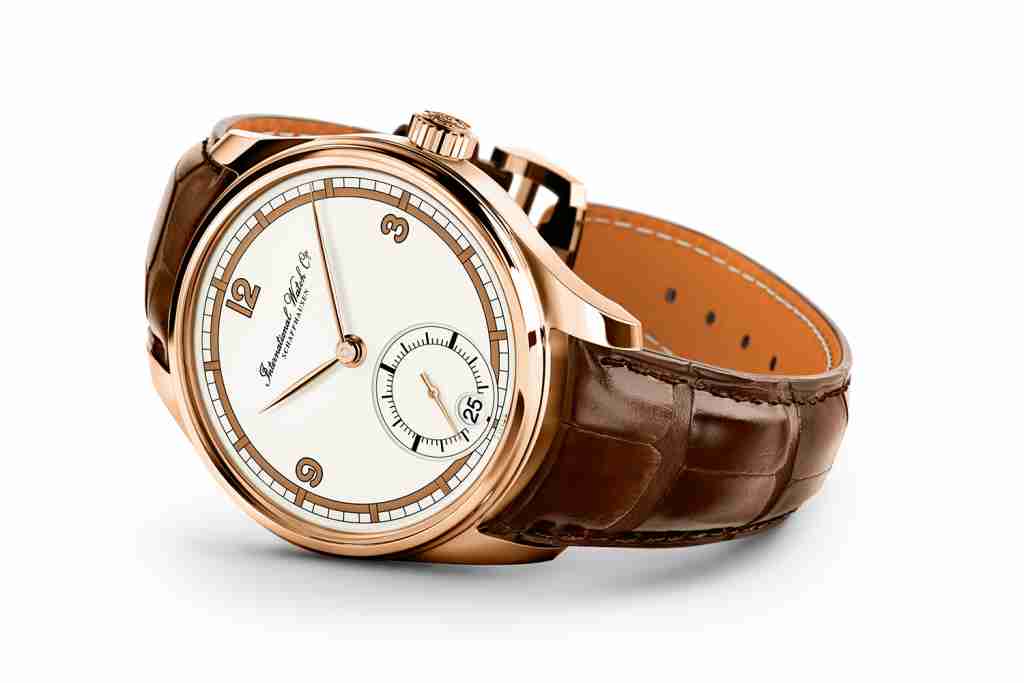 IWC Portugieser Hand-Wound 8 Days Edition 75th Anniversary: It is the 75th anniversary of the Portugieser watch family and the iconic IWC watch house has decided to reinvent the unfamiliar version. The subtle contemporary touches are wonderfully infused creating a somewhat reminiscent feeling of the vintage timepiece it is modelled after. There are only 175 Portugieser Hand-Wound Eight Days Editions available for purchase in gold. For me the attraction to this watch lies in its exclusivity, not just in the amount of watches available but also in the materials used.

The watch itself is made with exquisite detail, with Arabic style numerals set in an opaque outline and filled with a warm copper tone, which contrasts nicely with the seasonal temperament that is winter. The dial is a bright silver plated affair which compliments the copper colour of the block hour markers placed tightly round the circumference of the watch, with a black railway track minute scale. Covering the dial is sapphire crystal with arched edge and anti-reflective coating on both sides. The bezel itself is almost non-existent which gives the Portugieser IW510206 a very modest look that is needed to down play its rather large case size. A subsidiary dial can be found at the hour marking 6 o’clock, with a new envisioning of the second markers in bold onyx. 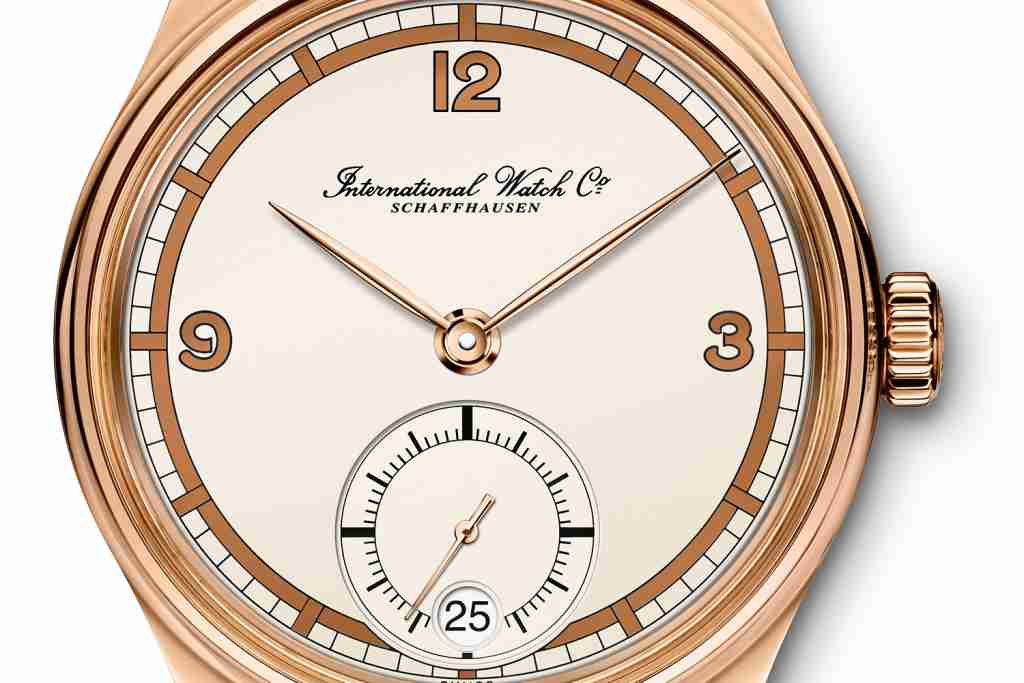 In keeping with the watches predecessor, the Portugieser Ref. 325 circa 1930, the modern Portugieser has an air of simplistic elegance about it, with clean details and an incorporation of a more modern date display, which appears to have no displeasing effect on the archaic nature of the watch’s aesthetics. Turning the timepiece over, the display case back affords a glimpse of the beautifully finished movement, which features Geneva wave embellishment that is idiosyncratic of Swiss craftsmanship. Another unique feature of the movement is the display of the power reserve wheel, which also featured on the original model. However, the modernised version features a striking blue indicator on the reverse. 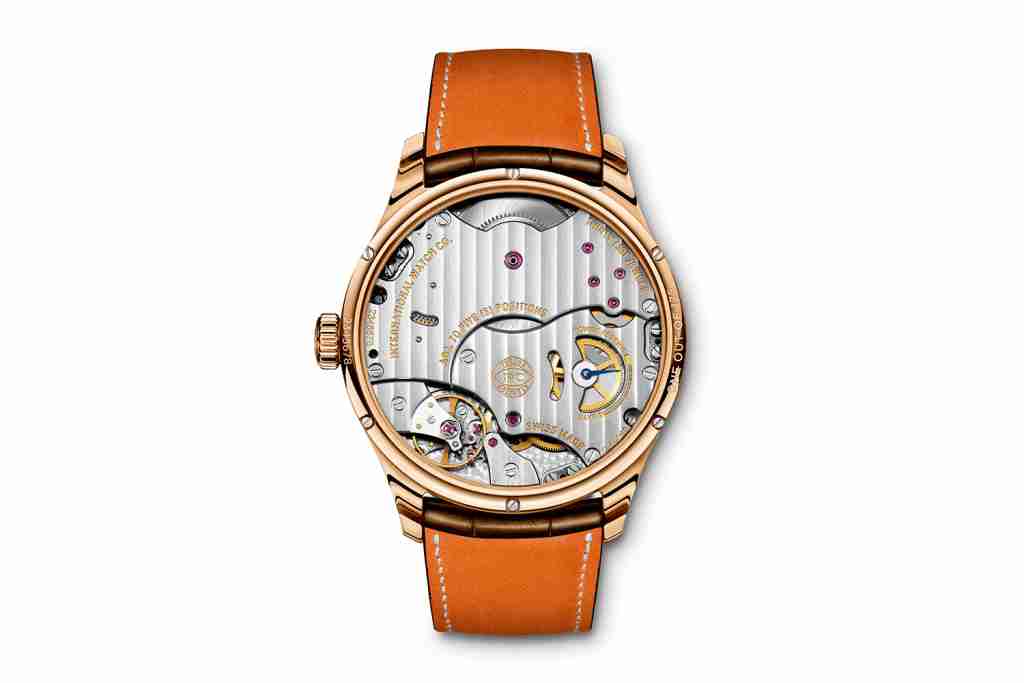 The piece is hand-wound and runs with unmatched precision for 8 full days if wound sufficiently, this will only stop when the 59215 calibre is fully depleted. The strap is constructed of high end Italian alligator leather sourced and manufactured by the revered Santoni shoe expert, who is dubbed as an artisan in the field of uniqueness and quality. The hickory strap secures an illuminating 18 carat red-gold 43mm x 12mm case, which houses the centre mechanisms of the watch with a titanic hold, whilst a moderately sized red-gold crown assists loyally at its side. In contrast the underside of the strap of both the IW510206 and the IW510205 boasts a vibrant tangerine colour with an alabaster stitching which runs symmetrically on the edges of the strap. 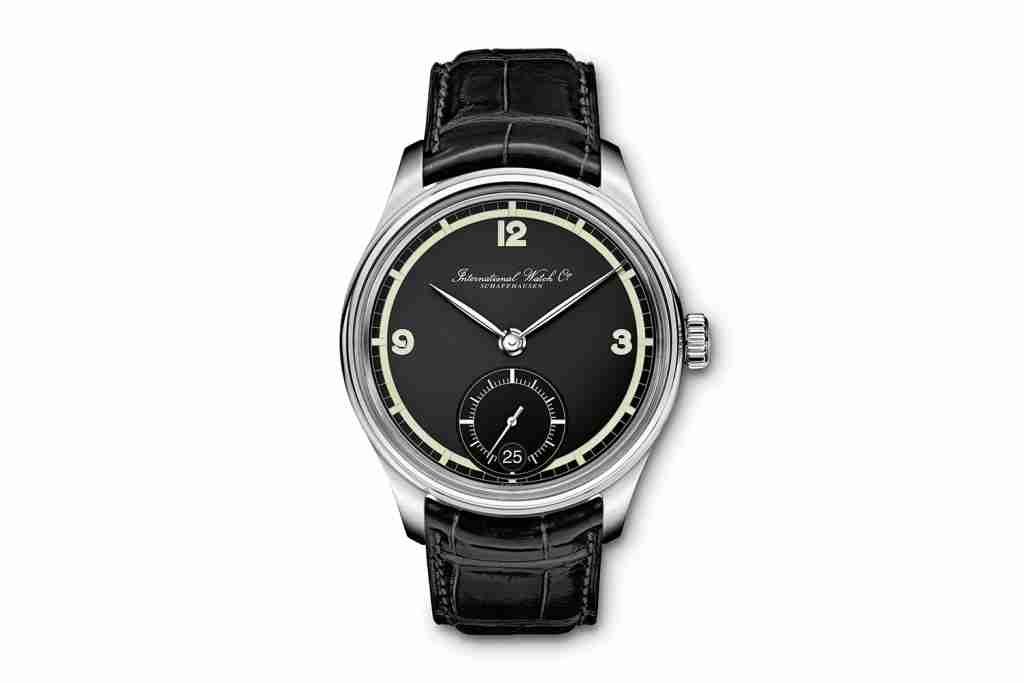 The Portugieser’s brother is a shiny stainless steel affair. It makes nostalgic use of the material for not only its case but its crown. The hour and minute hands on the main dial of both models are sophisticated feuille hands, which on the Portugieser IW510205 compliment the strong inky black alligator strap. This model consists of a running colour scheme of black and mint green; underneath the anti-reflective sapphire crystal is a coal dial, which features mint coloured details, identical Arabic style numerals and polished coved lugs.

The stainless steel Portugieser possesses all the exquisite features of the honey and hickory masterpiece aforementioned. However, I will say this, exclusivity isn’t something one can obtain easily, it is captured early and with a great perception of distinction and rarity. These very traits have been accomplished in the Portugeiser 8 Days 75th Anniversary. 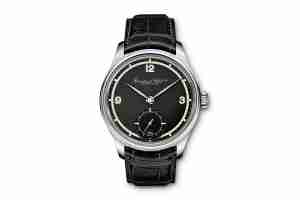 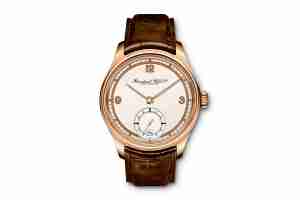 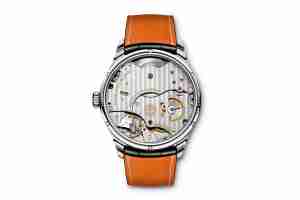 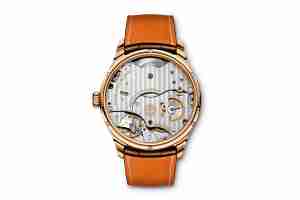 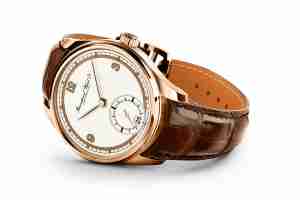 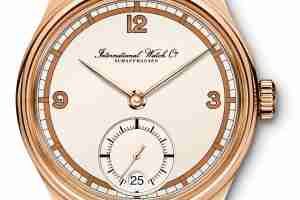