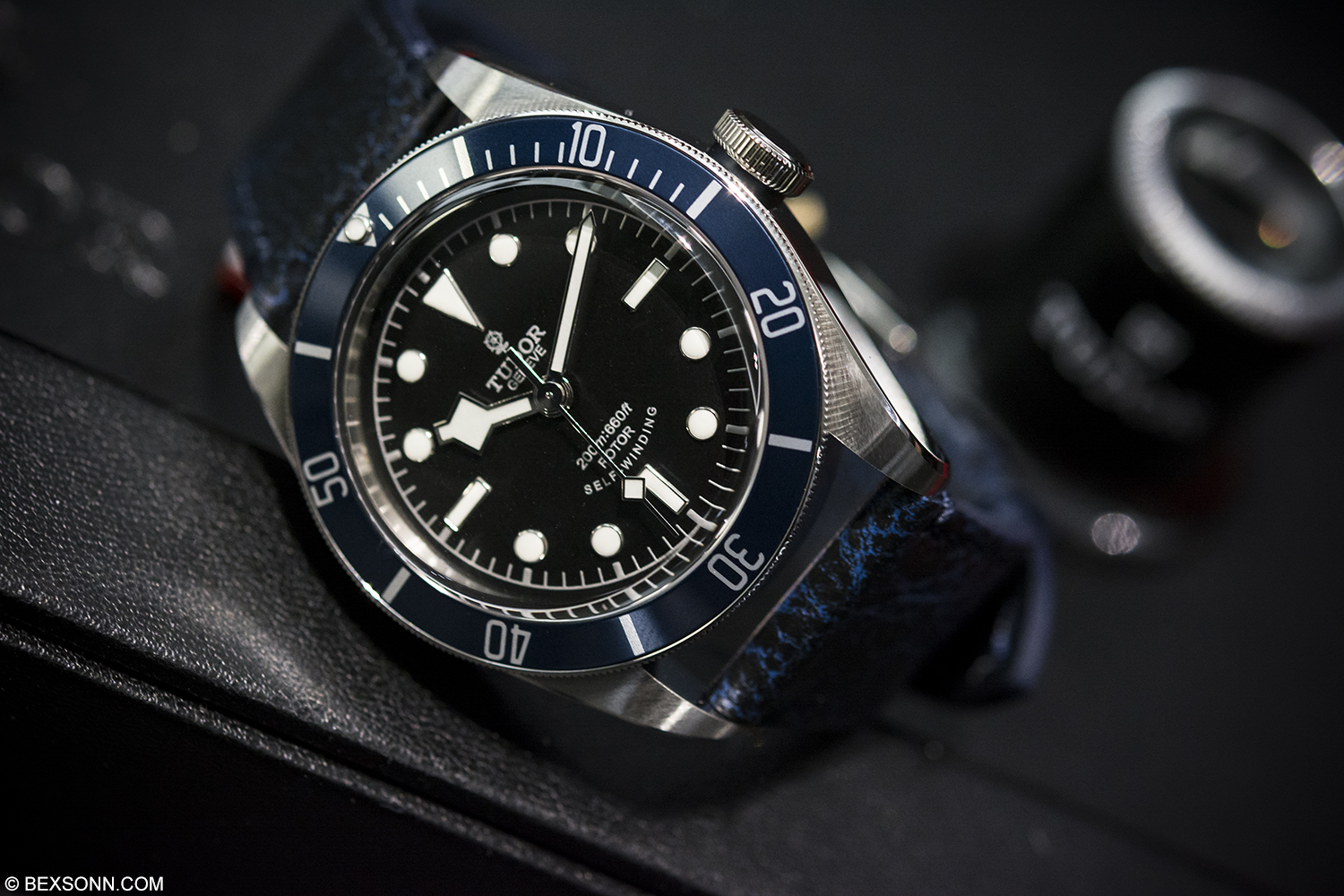 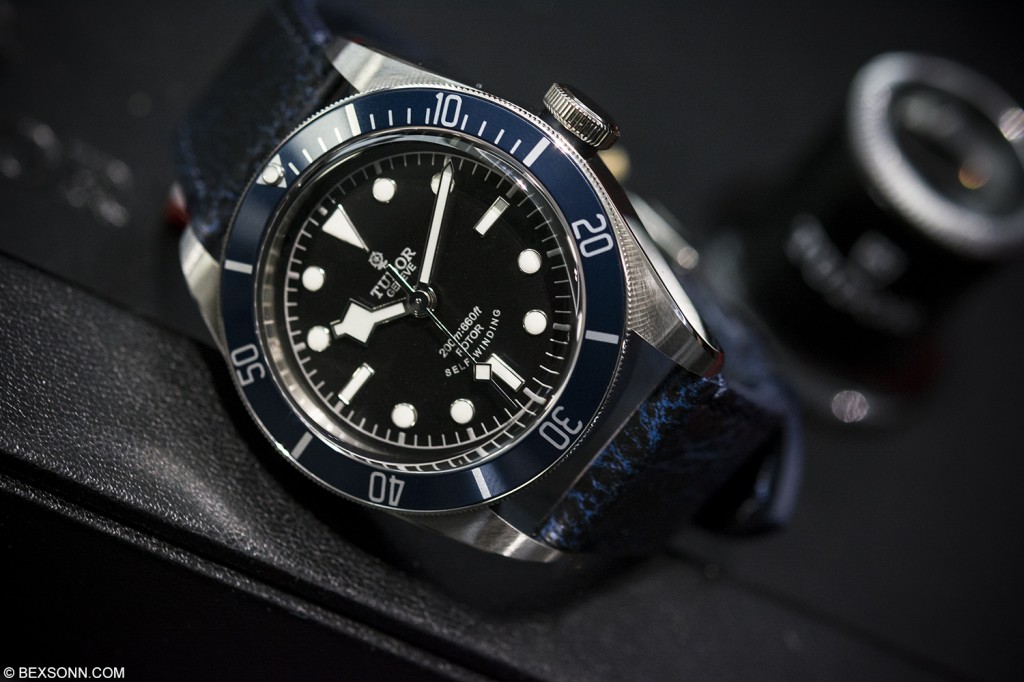 Tudor Heritage Black Bay in Midnight Blue: Now, last week I spoke about Omega being one of our first meetings at Baselworld but in actual fact this was the very first. Tudor invited us for a meeting and introduced us to their new wristwatch line-up for 2014. One of the very first pieces they showed us was this Tudor Heritage Black Bay in a new colour combination, midnight blue. In fact the only things that have really changed from the Heritage Black Bay model introduced in 2012, is the bezel: which is now in matte midnight blue matching the crown tube and the dial now uses white makers instead of gilt ones. The same also goes for the hour, minutes and seconds hands, which are now silver-coloured. The dial has also changed from a nice warm chocolate-brown to a matte black.  The case of this Heritage Black Bay remains at 41mm and comes on either a stainless steel bracelet, blue leather strap or a two-tone black and blue fabric strap. All-in-all, although there were a few subtle changes, it does give the watch a very welcomed, different feel from the original Heritage Black Bay. 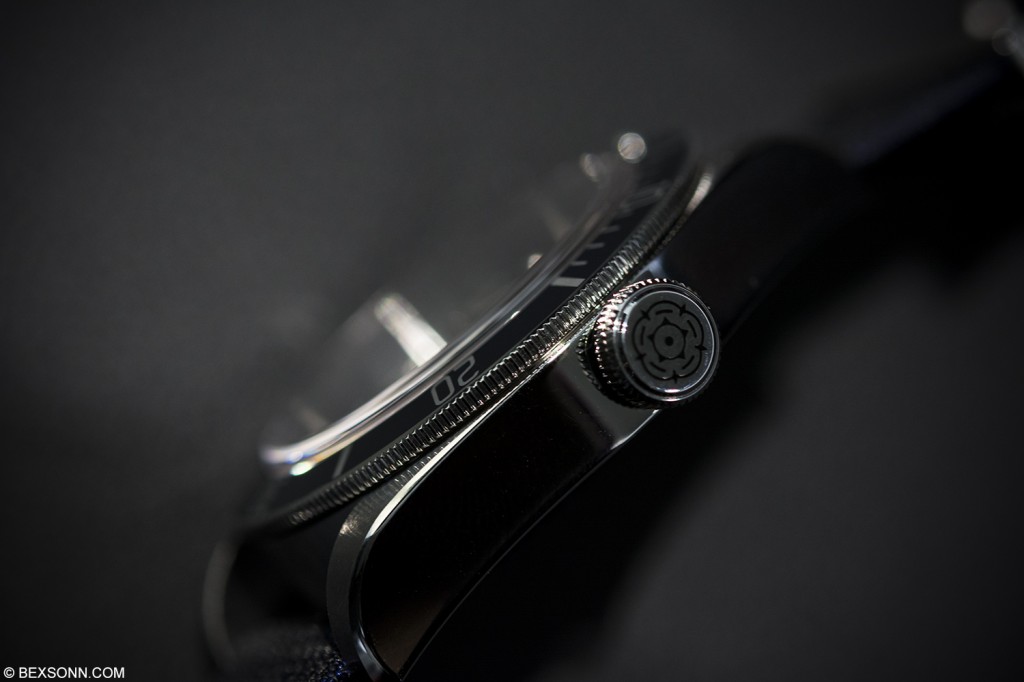 In essence, the new Tudor Heritage Black Bay takes its overall design and its domed crystal from the brand’s first divers’ watch, the Tudor Submariner reference 7922, launched in 1954. It also owes to its ancestor its domed dial, a feature shared by the first TUDOR Submariner models. Its large winding crown is a nod to a model presented in 1958 under reference 7924 and dubbed “Big Crown” by many keen collectors. Its characteristic angular hands, known by Tudor aficionados as “Snowflakes”, were seen from 1969 to the early 1980s.

The Tudor Heritage Black Bay Midnight Blue is very reminiscent of those issued to the Marine nationale française (National French Marines) during the second half of the 20th century. These marines were equipped with Tudor divers’ watches, which were generally blue but these versions made use of an all blue dial with the square hour indexes – which would’ve been nice to see in the new iteration of the Heritage Black Bay? 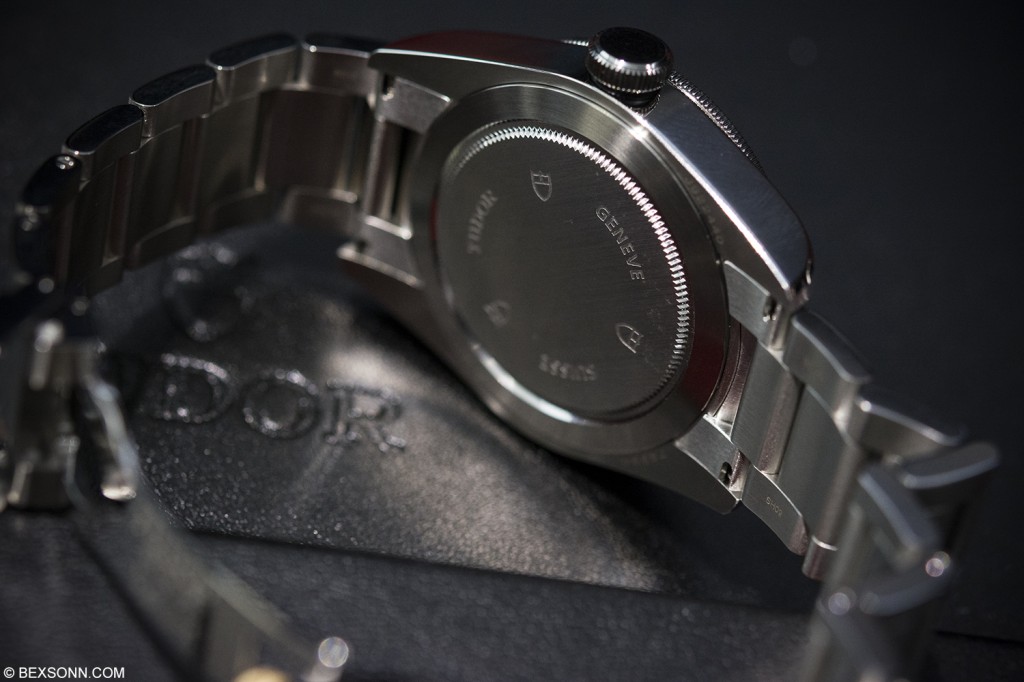 Inside the Tudor Heritage Black Bay is the reliable self-winding calibre 2824 movement, which provides an approximate power reserve of 38 hours. The case features polished and satin finishes and is waterproof to 200m.

The Tudor Heritage Black Bay Midnight Blue on a distressed leather strap will be $3100 USD. On the stainless steel bracelet it will have a price tag of $3425 USD. Both models come with the two-tone black and blue fabric strap. For more information on visit the official Tudor website. 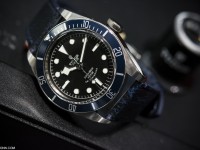 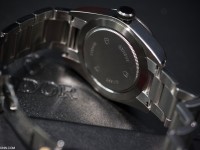 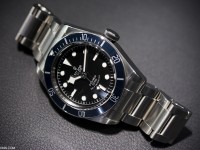 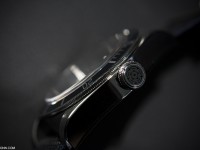 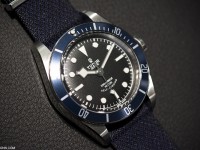 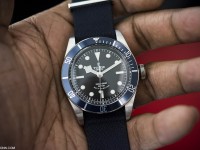