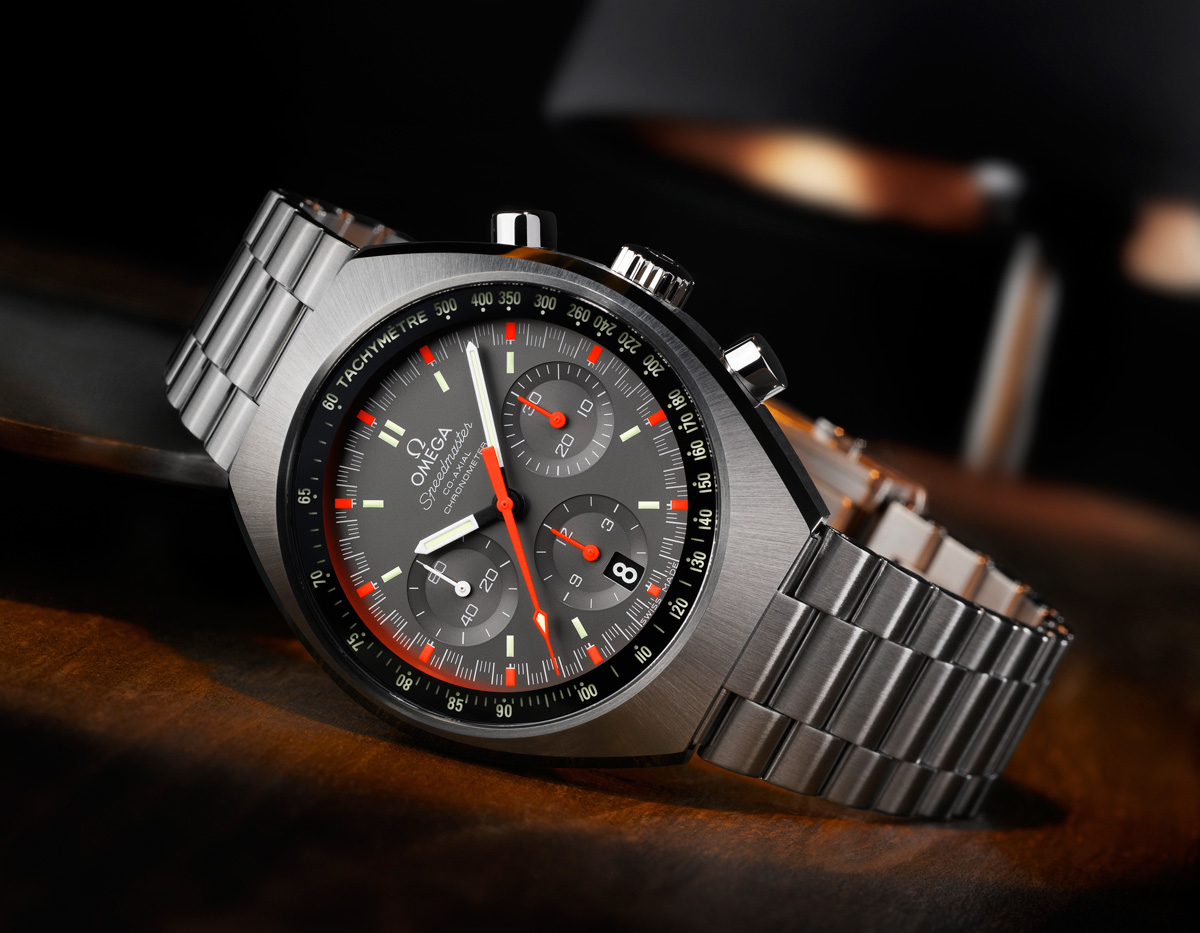 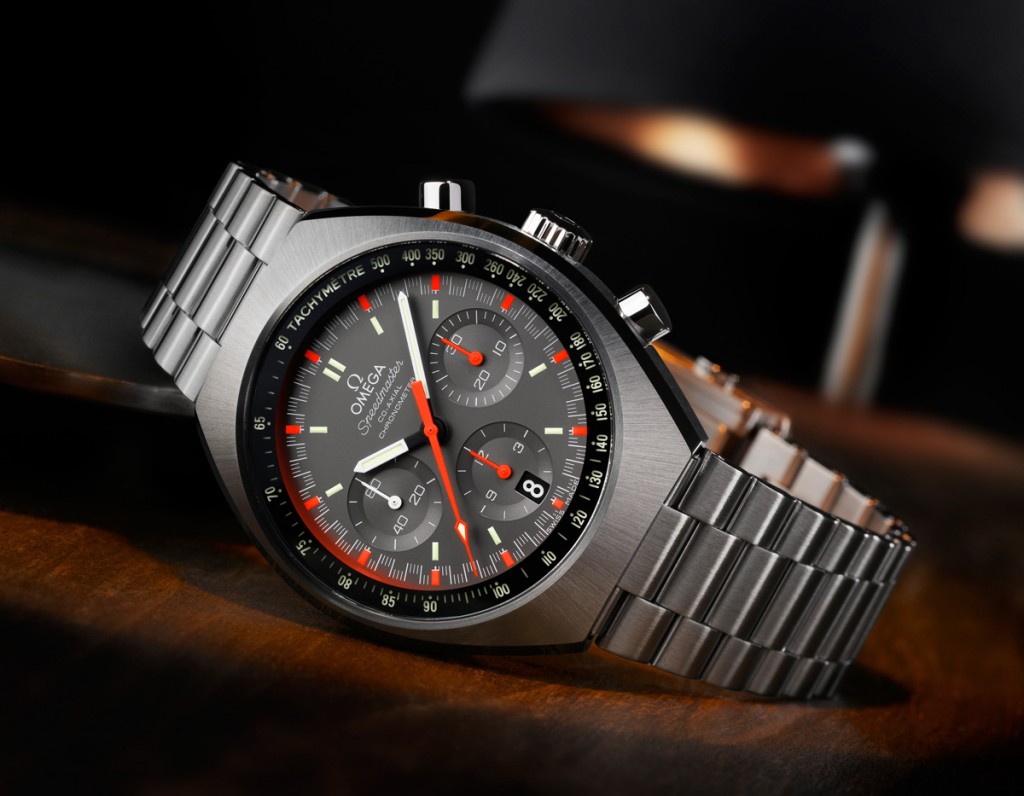 Omega Speedmaster Mark II Re-issue: Today we have a bit of pre-BaselWorld 2014 news. Omega, via their Facebook page, did hint on this new model a few weeks back. However, yesterday they made it official by announcing this new Omega Speedmaster Mk II re-edition – which may we add looks stunning and very retro. In admission, we’re not as fond of this tonneau-style case Speedy, as we are of the original Pro and straight-lug style case but it is starting to grow on us.

This new Speedmaster Mk II re-issue comes in two different flavours, one with a racing dial and one with a white luminous dial – which in fact are just like the two versions that were introduced in 1969. 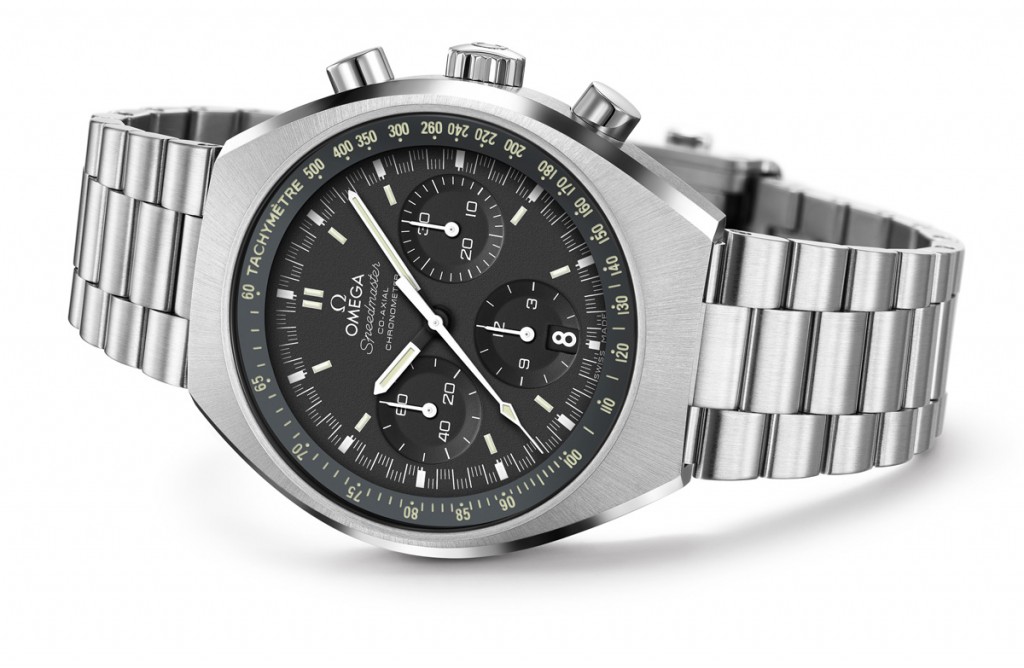 The original 1969 Mk II used Omega’s Calibre 861. This hand-wound chronograph movement is in it’s own right famous amongst keen Omega collectors, not as sought after as cal. 321 but still a favourite. Although the cal. 861 movements were cheaper to produce than the cal. 321, it has been proven to be a reliable and a dependable workhorse for the likes of the Speedmaster Pro and the original Mk II (trust us, we can vouch for that).

The new 2014 Omega Speedmaster Mark II has the same cool finish on the case as the original 145.014. A combination of polished facets and brushed surfaces on the case. What Omega have also done is match this watch perfectly with the correct bracelet. In these press images, it would appear to be very similar to the original bracelet that tapers towards the clasp. 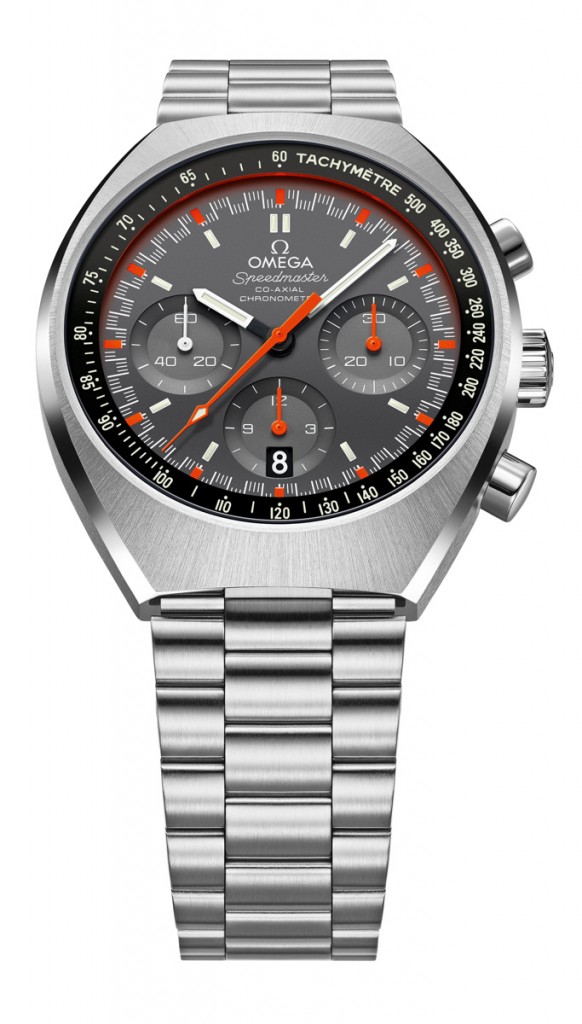 The 2014 Speedmaster Mark II has quite a large case, 42.4 x 46.2 mm and comes with the Omega caliber 3330 self-winding movement. This chronograph movement is chronometer certified and is equipped with the Co-Axial escapement and silicon (Si14) balance spring. The new Speedmaster  Mark II will have a luminous tachymeter scale that will be visible in low light, which in all honesty is a bit of a novelty. Fitted with sapphire crystal, this Speedmaster is water-resistant to 100m. 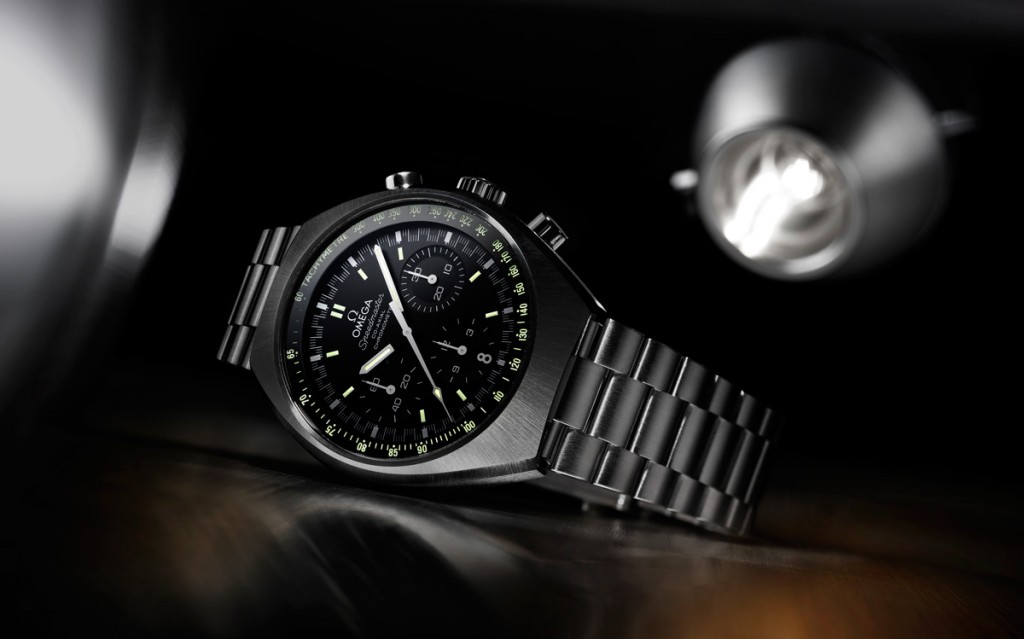 Brief Conclusion: Omega seem to be on a bit of roll with re-issues lately and to mention some of our favorites; the Speedmaster First Omega in Space, the PloProf and also one that came along only last year the Seamaster Bullhead Chronograph. With this new Speedmaster Mk II, Omega have kept as close to the original 1969 version as possible, actually making it a little bit difficult to identify if it’s a re-issue or an original. The only things that stick out are, the “CO-AXIAL” inscription, the date aperture at 6 o’clock, and the absence  of “Professional and “Mark II”. Those of you who loved the original Speedmaster Mk II will remember how comfortable they actually are to wear and I suspect it will be no different with this re-issue. Have Omega done it again? We will let you know when we manage to get our hands on it.

There is no official announcement yet on the Omega website on this timepiece but the new Speedmaster Mk II will be priced at €4,650.